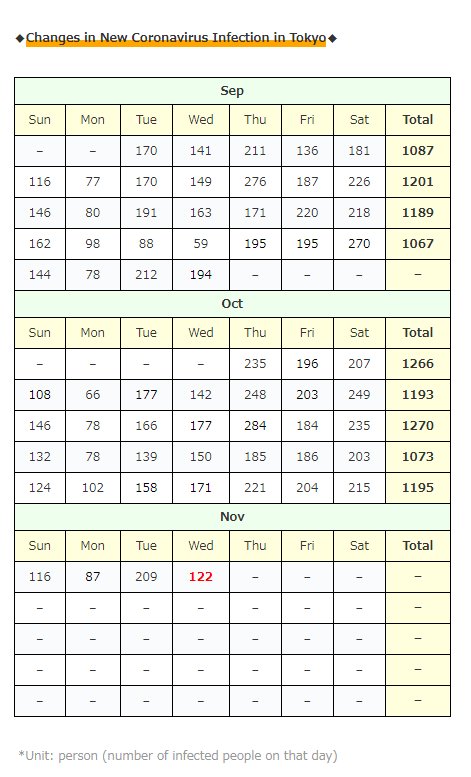 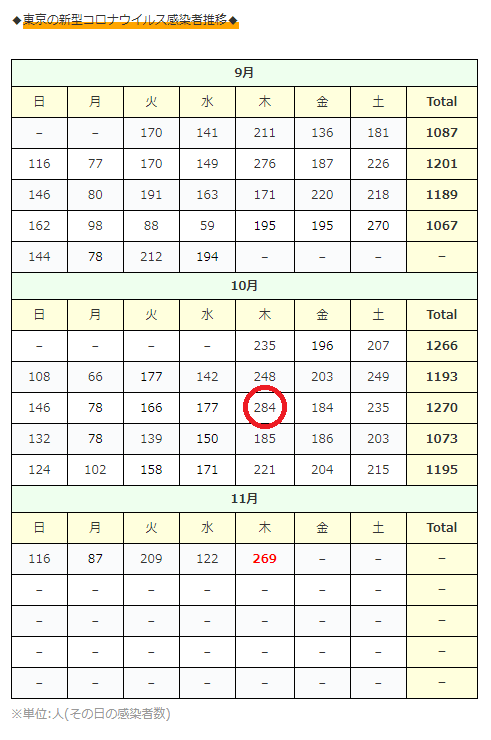 *There is no information on large-scale outbreaks at any other site so far despite of 269 infected people, and it seems that there is no actual outbreak as there are (5) people in the facility and (15) people in the workplace …

→Men from The United States, The Philippine, Brazil etc. [5] person(s)

・Outbreak at a dinner in Inuyama City [10] person(s)

・Outbreak in a Philippine pub in Toyohashi City [3] person(s)

・Outbreak of restaurants in the Iburi region [2] person(s)

*Most of the cases are “infection route unknown”, but it seems that outbreaks are hardly known, such as one person at a police station, junior high school, hospital, etc …

・Outbreak of an elderly facility in Osaki City [1] person(s)

・Outbreak of “Care Home Minamiawaji”, a health facility for the elderly in Minamiawaji City [16] person(s)

*A social gathering with eating and drinking was held.

In addition to the above, there were some areas such as Ibaraki, Shiga, Gifu, Nara, and Shizuoka where more than 10 people were confirmed to be infected …

Even today, the news about the new coronavirus (COVID－19) was pushed by all the news related to the US presidential election!

By the way, when it comes to the US presidential election, Japanese news seems to be very popular overseas like this …

At least Japanese TV is having fun with the election coverage…#Elections2020 pic.twitter.com/87PmLID1L6

Let’s return to the summary of news related to the new coronavirus (COVID－19) infection. (Lol)

I’m sure many of you have already noticed, but the “quarantine at the airport” that I also report every day is generally reported as positive confirmation at “Narita, Haneda, Kansai, and sometimes only at Chubu Airport.” right! ??

Actually, the test system is not in place, or because of infectious disease countermeasures, local airports have not yet accepted international flights …, but

In super-excellent Fukuoka, where the number of infected people has been maintained at 10 or less even though outbreaks are occurring all over the country, the airport was operated only in Taipei and Manila until now, but from November 5th today It seems that the Singapore-Fukuoka route has resumed!

Only one round trip every Thursday!

Everyone is a little worried about the increase in traffic, but Singapore is still relieved because I have hardly seen any positive people in “Airport Quarantine”!

By the way, yesterday’s infection situation in Singapore,

Apparently, it’s rude for Japan to be vigilant

In Kyoto, the number of overnight guests in September seems to have recovered to 80% of the previous year!

Even if there are no foreign customers, it has recovered to 80%, so Kyoto is really too strong!

And here is the number of infected people in Kyoto ↓ 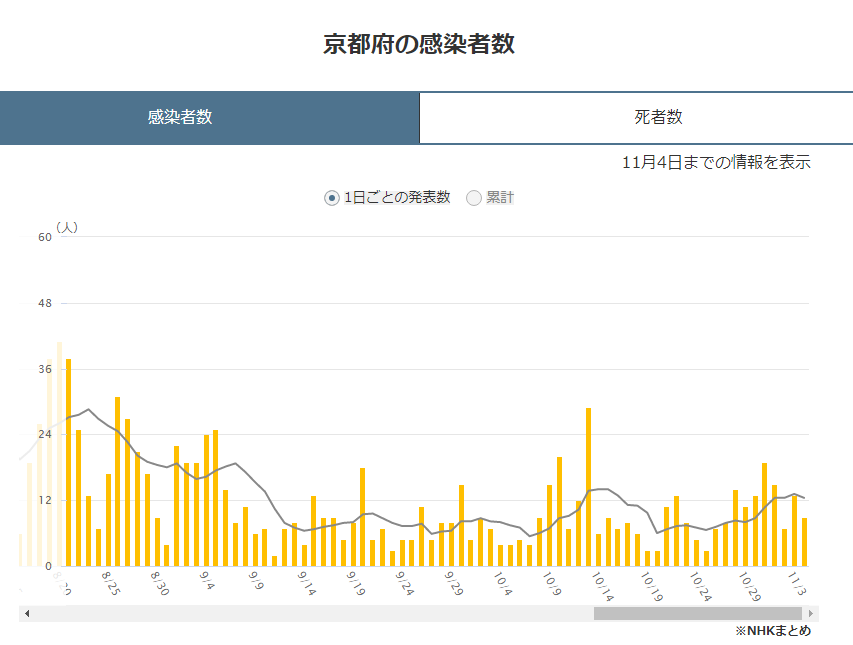 It’s hard to say because it’s easy to imagine the pattern of “If they go to Kyoto, then going back to their home prefecture in a day, or a few nights stay, and then going to the hospital”, but for the time being, the number of infected people in Kyoto doesn’t seem to be very high!

And next is here

Parliamentary Vice-Minister Wada of the Cabinet Office said that a person on board the plane was infected with the new coronavirus (COVID－19) on October 27 and was judged to be a rich contact!

He had a PCR test on November 2nd and was judged negative on the 4th, but he said he would be waiting at home until the 10th according to the instructions of the health center.

The government has relaxed and eliminated the 14-day home waiting for overseas travel, but the relatives of those who decided the rule wait for 2 weeks …

(Even if politicians are in a position where infection is absolutely unacceptable), they seem to want to take their own safety measures and put the people at risk.

The “Monitoring Conference” was held today to analyze the status of infection with the new coronavirus in Tokyo!

・ “Be vigilant for the maximum spread of infection.” (2nd out of 4 alert levels)

・The number of infected people in Tokyo during the week until November 4th yesterday increased by 6.2% from the previous week.

・2.1% of restaurants with entertainment at night

No 30s or younger

The rest are over 50s

By the way, I didn’t know that “Monitoring Conference” was actually a Youtube live, so I’ll post it! Lol

“What is the monitoring meeting actually doing?”,

sometimes I thought about that, but I’m glad that I can understand the meeting by this Youtube!

However, you may not need to see them all! (LOL)

Today too, the number has increased by more than 200 …

The number of infected people has exceeded 1000 people nationwide, and it has completely re-expanded …

I glanced at the number of PCR tests, 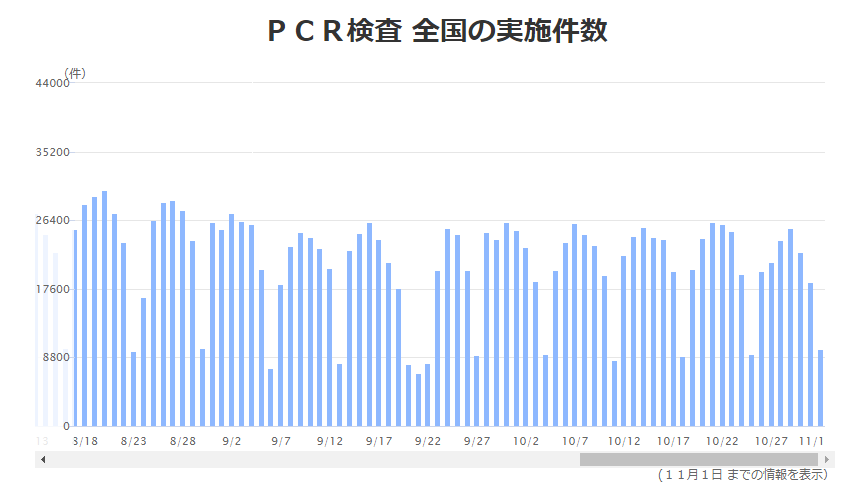 I think that it will be difficult for everyone to ventilate as winter approaches, so let’s take measures against infection while avoiding catching a cold…!