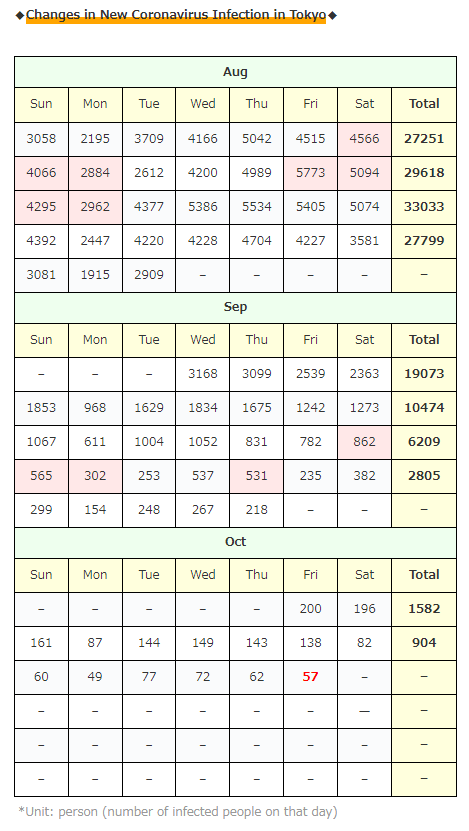 57(-5 from the day before) new infections confirmed in Tokyo. 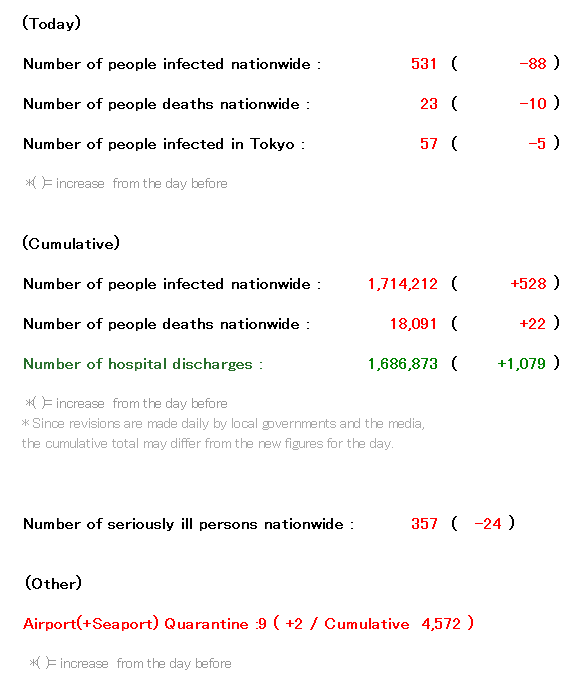 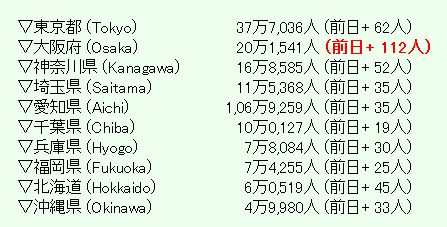 The number of infected people in Tokyo is … Finally, even though it was the second half of the week, it’s getting closer to less than 50 people!

Until now, the following conditions have continued,

but since the number of infected people does not change much throughout the week (except Mondays),
so… “is this the “convergent state”? “

After that, we have to take proper measures to prevent the infection from spreading again …! 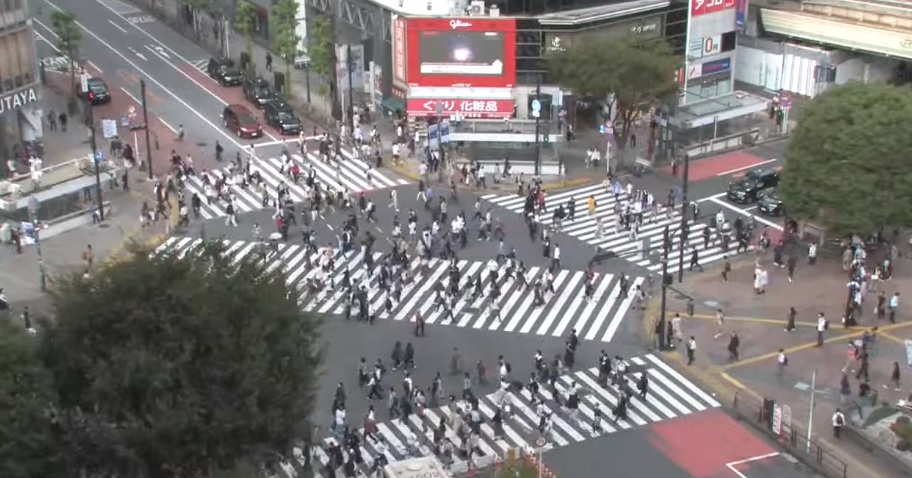 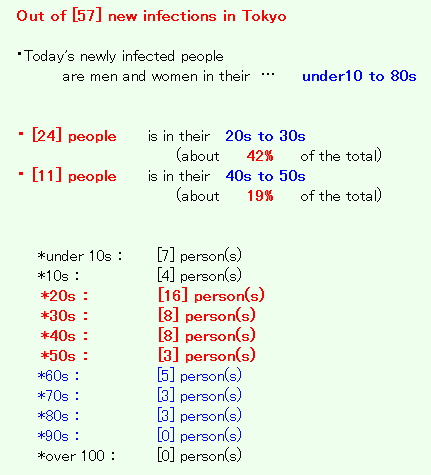 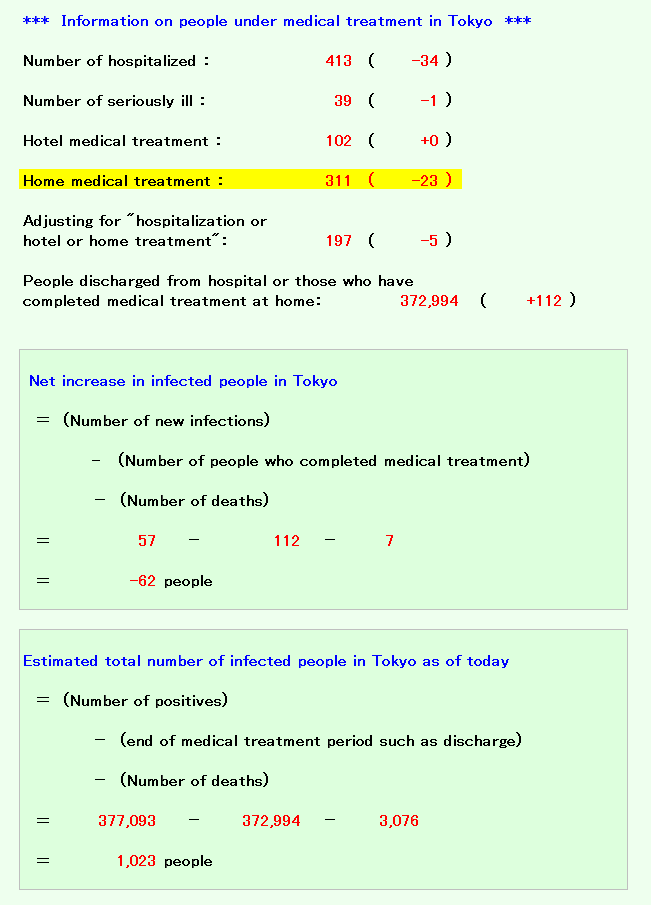 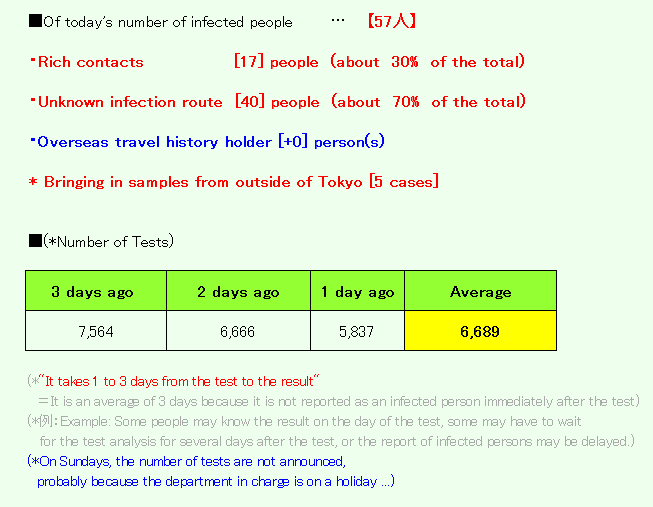 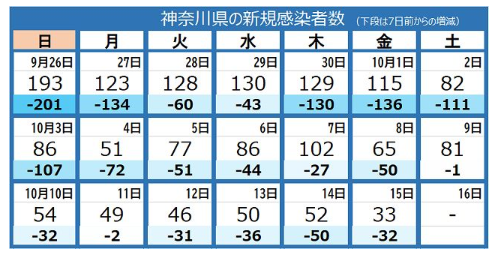 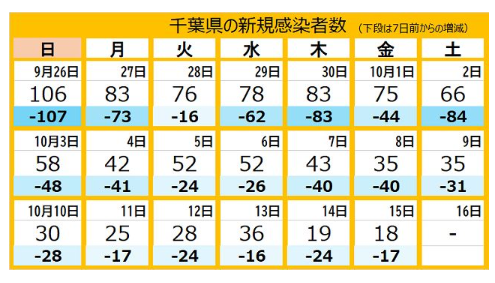 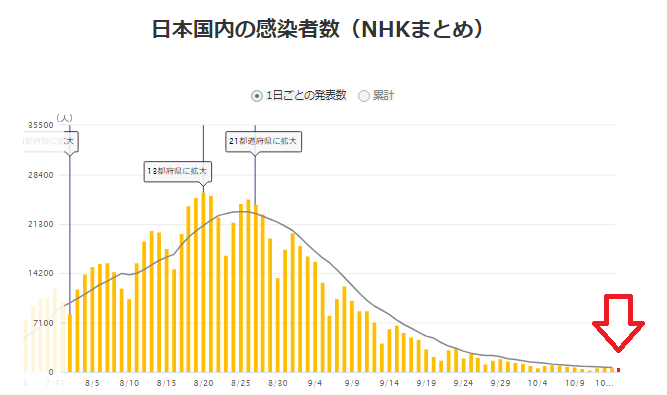 According to a mystery calculation (lol) by an expert of the Ministry of Health, Labor and Welfare, the effect of vaccination is also shown in this way!

＜Effect of vaccination (from the mystery calculation of the Ministry of Health, Labor and Welfare)＞

And above all … Tell me the calculation method and formula! !! !! lol

By the way, viruses are still being imported from overseas …

The following will be held in Fukuoka, but …

In connection with this, about 1,500 people from overseas are expected to come to Japan.

And … the infection of two people who have already come to Japan has been confirmed …
Like the Olympics, I hope the infection doesn’t spread …
And I also hope that dangerous viruses such as lambda strains do not come in …

And about small news, there were the following! …

It seems that the use of “Go To Eat” premium meal vouchers, which had been suspended in Chiba, will resume next Monday (18th)!

The WHO (World Health Organization) has…

also selected 26 members of a new expert committee to re-examine the origin of the new coronavirus!

We want them to investigate in earnest soon, right?!

And yesterday, it seems that a monitoring meeting was held in Tokyo … (dry laugh) 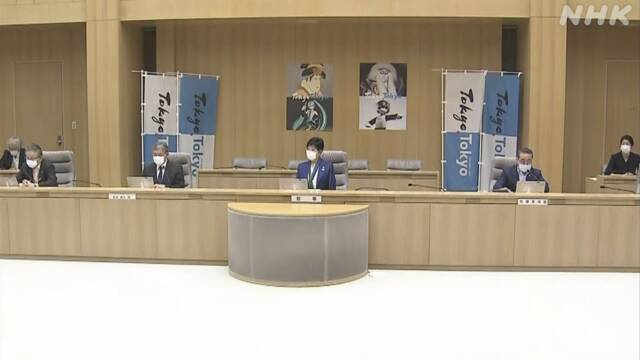 … (As usual) It didn’t have any particularly important information! !! !! lol

… After the 5th wave, both the Tokyo Metropolitan Government and the Japanese government are saying, “We don’t know why the number of infected people has decreased,” so this “monitoring meeting” is really meaningless…
So … what are they really doing this for … (dry laugh) 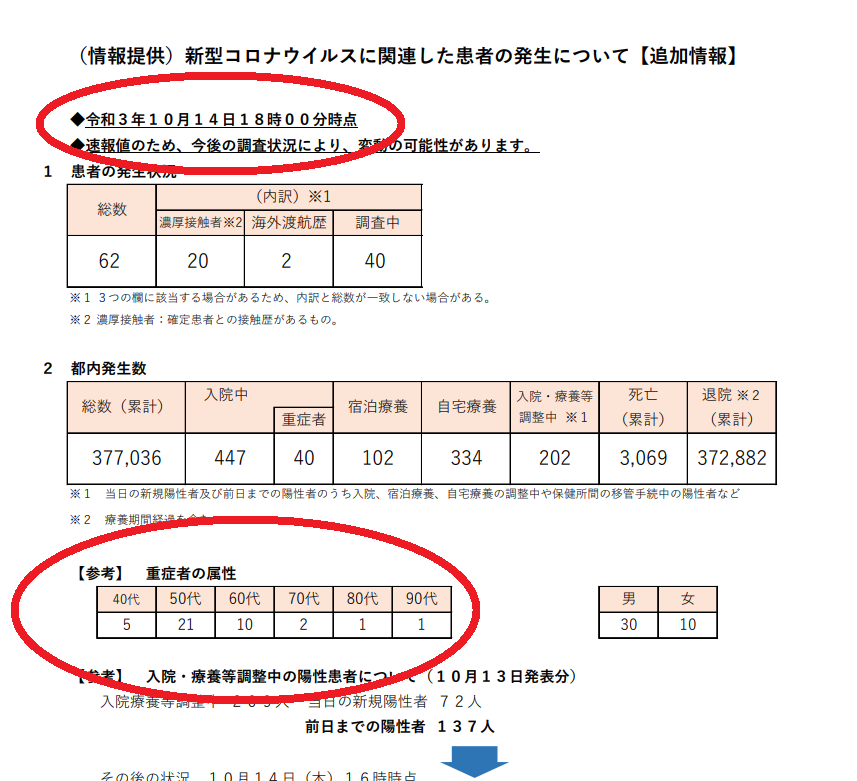 ↑Actually in Tokyo, from October 13th, one day before this presentation,
the number of seriously ill people under the age of 30 has finally dropped to zero! !! !!

But … I didn’t tell you even on Twitter on the 13th….
Because… the reason is that “it is possible that they has died” …

And yesterday in the presentation material on October 14th … ↓ 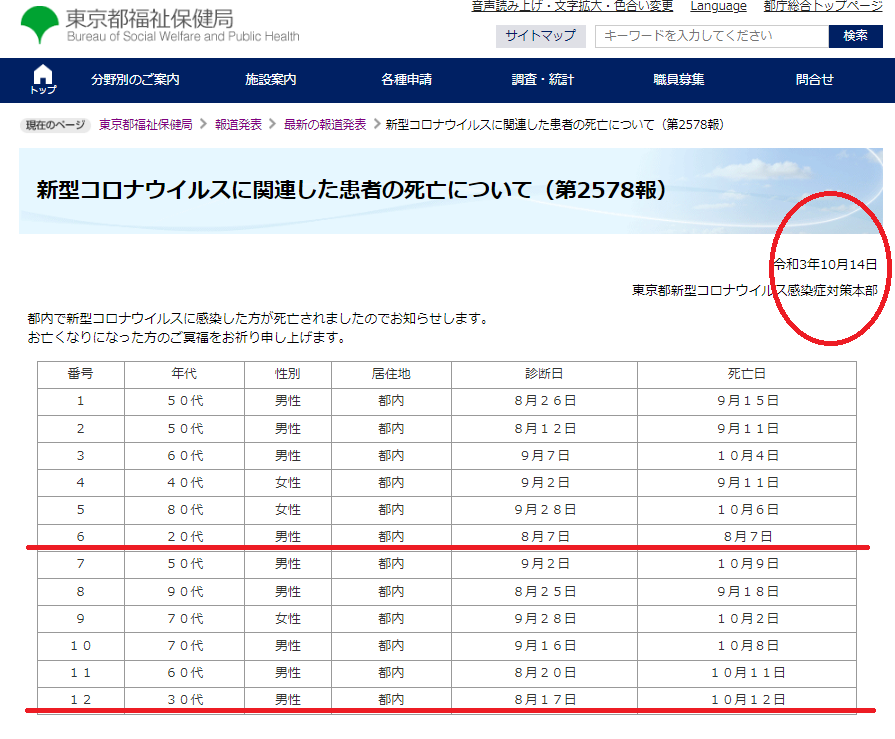 ↑After all, the death of a young person in his 30s or younger was announced …

It’s good that the number of seriously ill people decreases, and it may be a little good for people to come up with things like “Go To Travel Campaign” and “Resume serving alcohol”, but
We must not forget about this situation …

It seems that a company in Yamagata has started selling this kind of thing …! 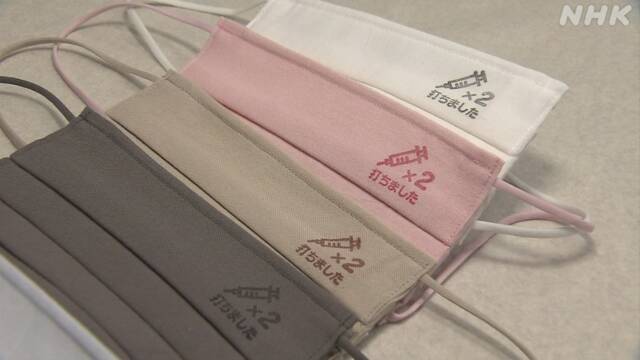 “Mask to appeal that you have been vaccinated”! 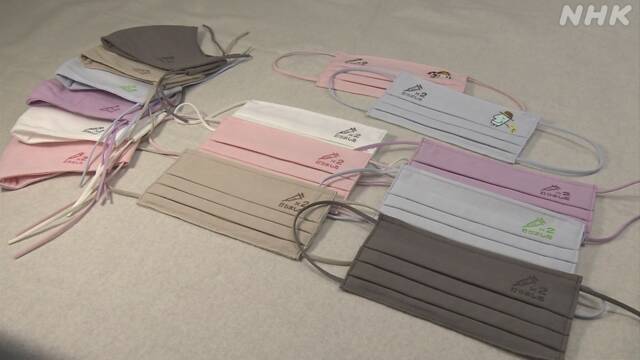 However, people like me who are skeptical think, “Well, I can’t trust you without evidence …”, so you can’t trust it unless people hang their vaccination certificate around your neck …!

However… in that case… personal information is…