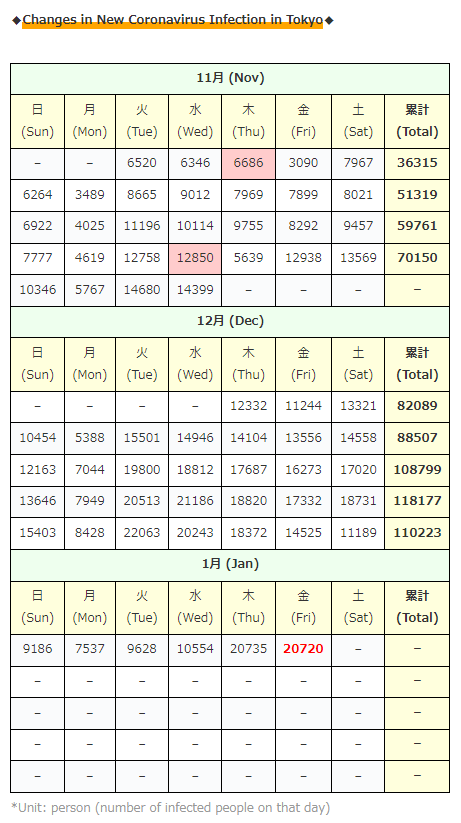 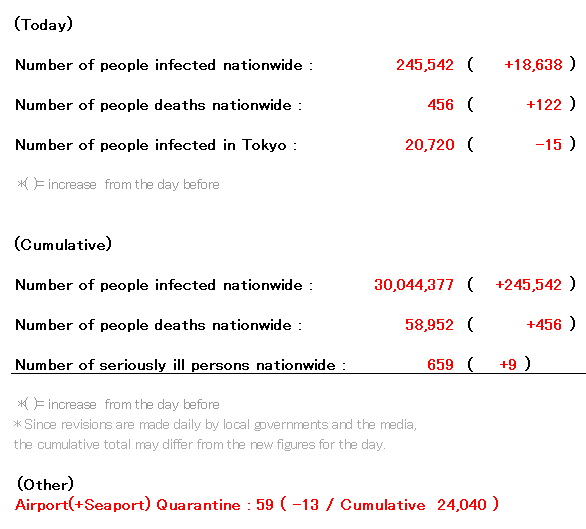 The number of infected people in Tokyo is…
The rapid increase in the number of new infections that started yesterday continues today. 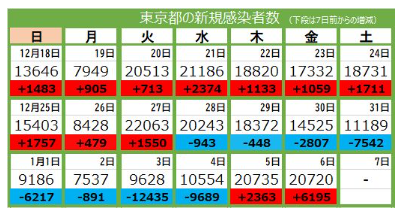 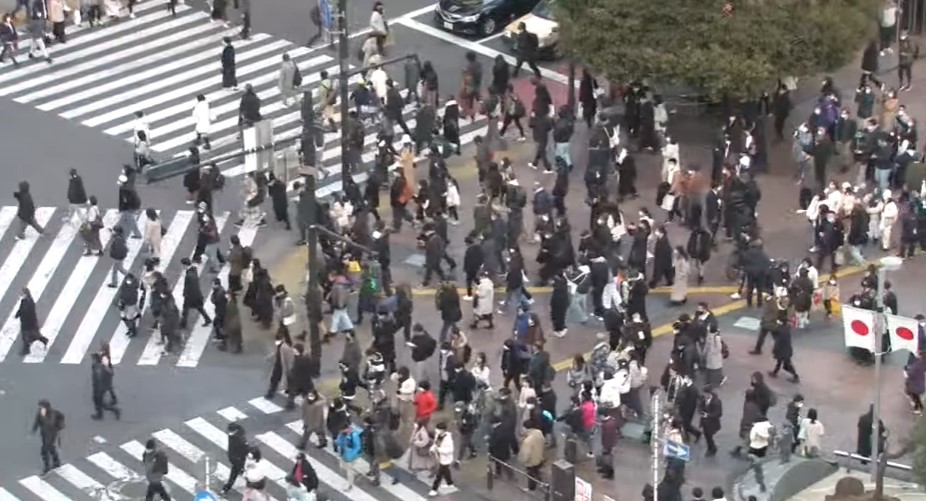 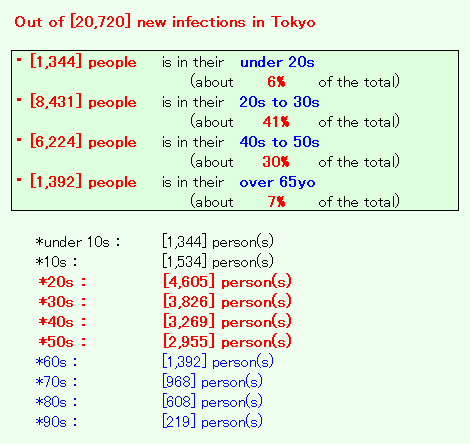 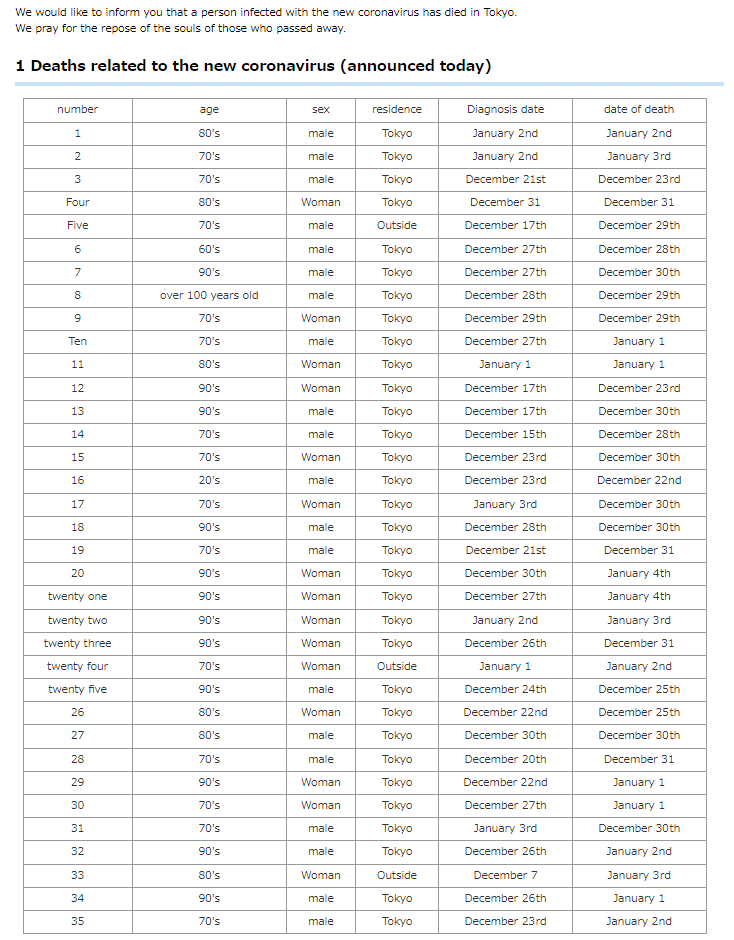 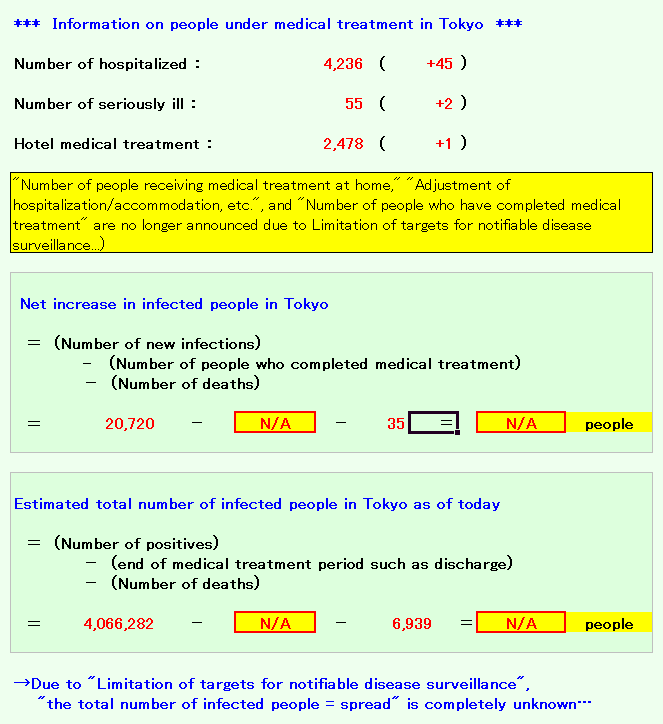 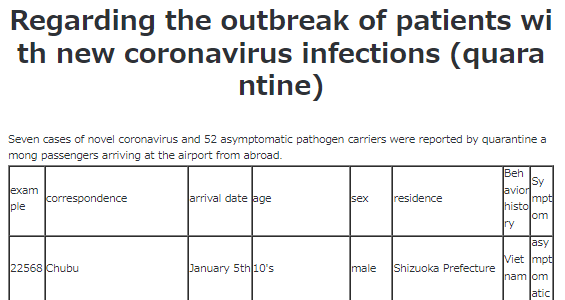 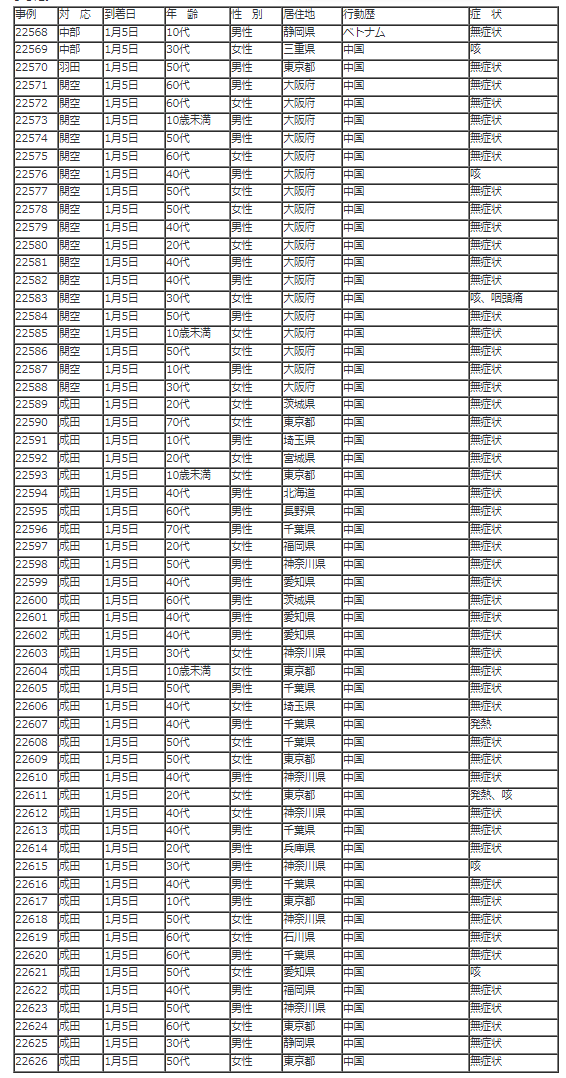 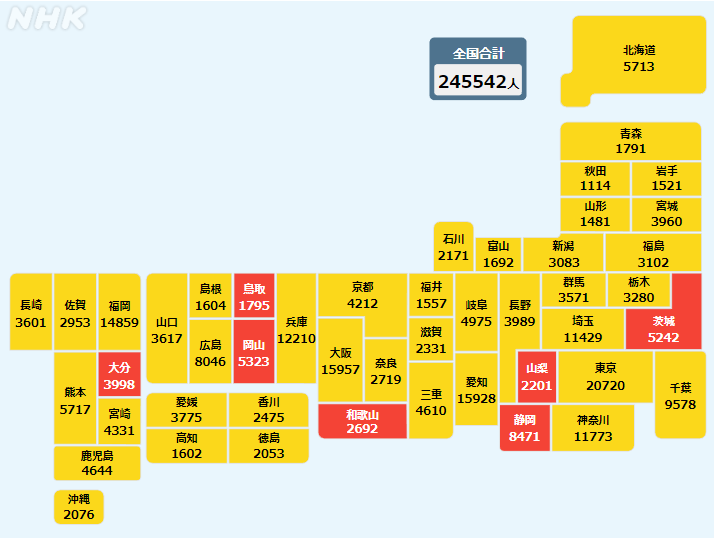 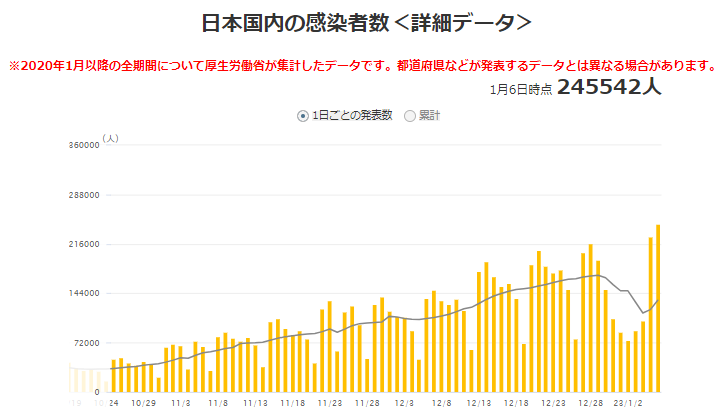 As you all know, the Japanese government and government subcommittees often say, “It’s important to average the number of infected people and the number of tests for seven days! It’s not a daily number!”

Today, the number of new infections in Tokyo was 20,720, but the average number of tests for seven days is…↓ 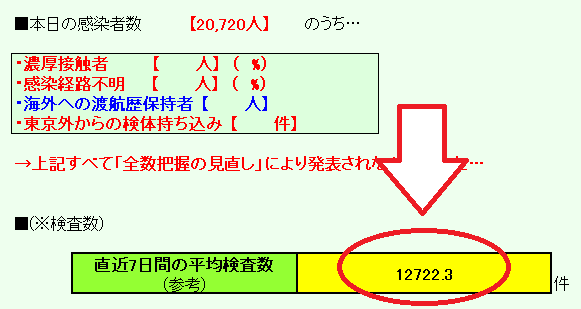 With this calculation, the test positive rate exceed 150%…?

So I checked the number of tests yesterday↓
(*The number of new infections in Tokyo “today” is counted from 9:00 the day before to 9:00 on the day) 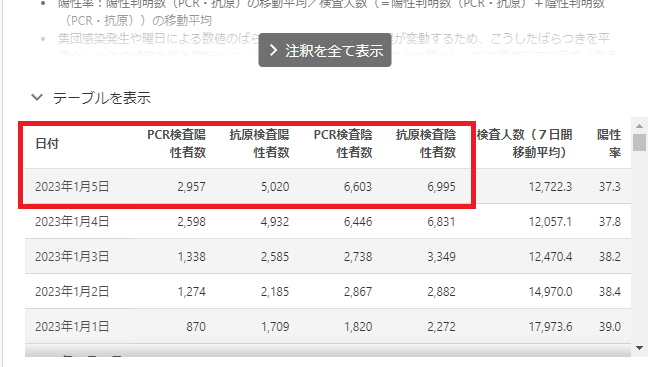 As like above, it’s going to be incomprehensible … (dry laugh)
Well, the test results will tell you if you are infected or not, so I don’t think the number of infected people will exceed the number of tests.
So I guess it means that there are quite a few tests that are not counted…

Even so, it’s already messed up…

Oh, by the way, the “list of variants for airport quarantine” announced on January 5th was like this!

(*Variants are on the far right) 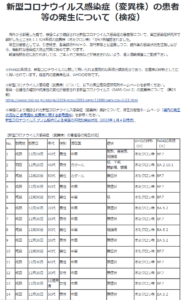 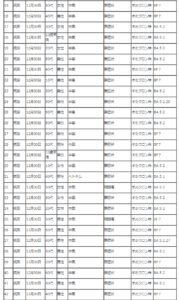 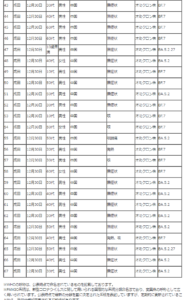 ↑It’s too many cases, so I reduced the images, but as you can see, it seems that most of them are from China.

And what is worrisome is that there are so many variants called “BF.7” that we don’t see in airport quarantines or in Japan.

In China, this “BF.7” must be mainstream…

I think that the types and amounts of variants that flow into the world as a result of China’s easing are similar to Japan, but I’m curious about how this will affect us in the future…