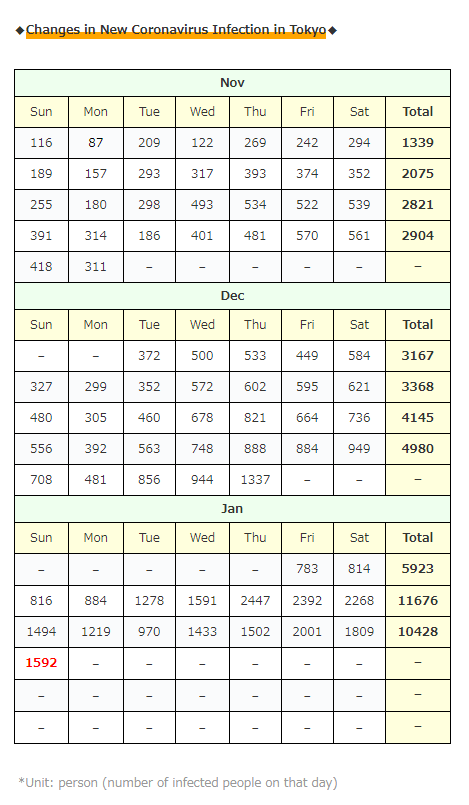 The number of newly infected people in Tokyo was almost the same as last week’s same day = Monday.

Last Monday was a three-day holiday, but Saturdays and Sundays are also closed during regular weeks, so I don’t think there will be much impact.

With that in mind, compared to last week, the numbers haven’t changed = they seem to be flat …!

Is it okay because it hasn’t increased, or is it bad if it hasn’t decreased? 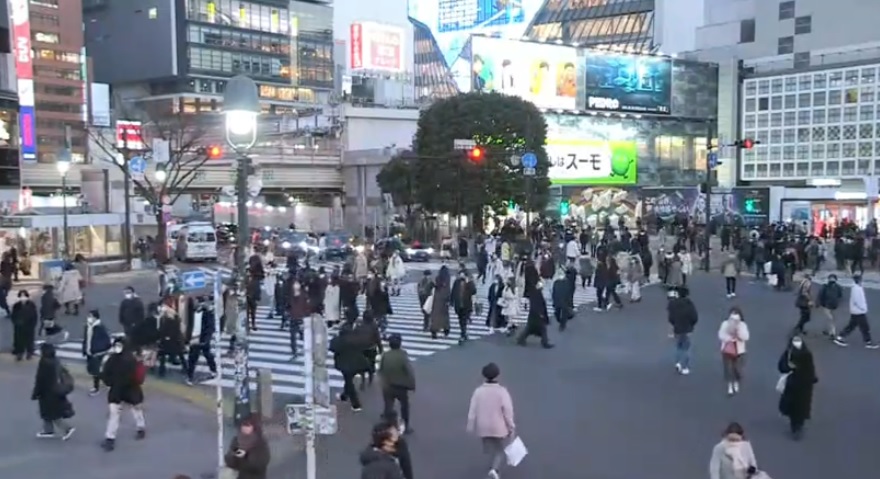 ・Infection in the facility [106] people

* Infection in the facility [106] people

* Under test for mutant species

* Bringing in samples from outside of Tokyo [55 cases]

・ Medical institutions in the prefecture

* In addition, there were multiple infections at drinking parties after the coming-of-age ceremony.

・Restaurants with entertainment at night in Eniwa City

・Meeting of friends at a private house in the Ishikari region

*Among the infected people counted today, there are [15] cluster relationships, including the above.. (Other than the above, add 4 or less each) 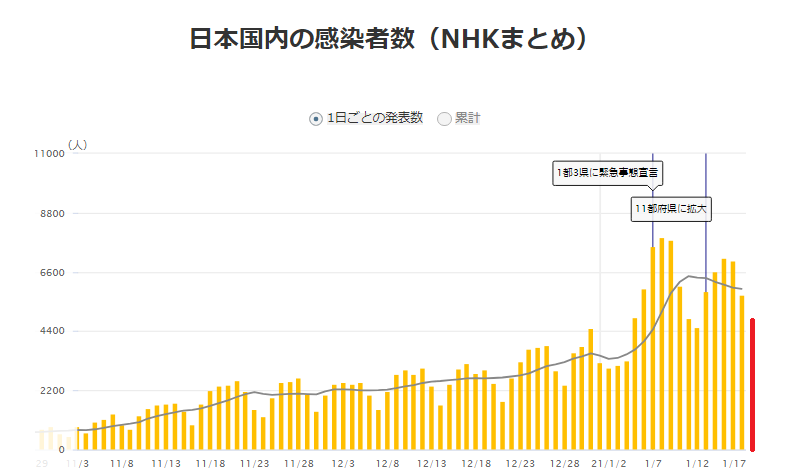 It seems that Ibaraki also issued its own state of emergency …!

Emergency declarations (including original ones) have been issued one after another. ..

It seems that an outbreak occurred at “Furokai Hospital” in Ube City, and 65 out of 88 newly infected people in Yamaguchi Prefecture on January 18th today are related to this …!

(Graph of the number of newly infected people in Yamaguchi Prefecture ↓) 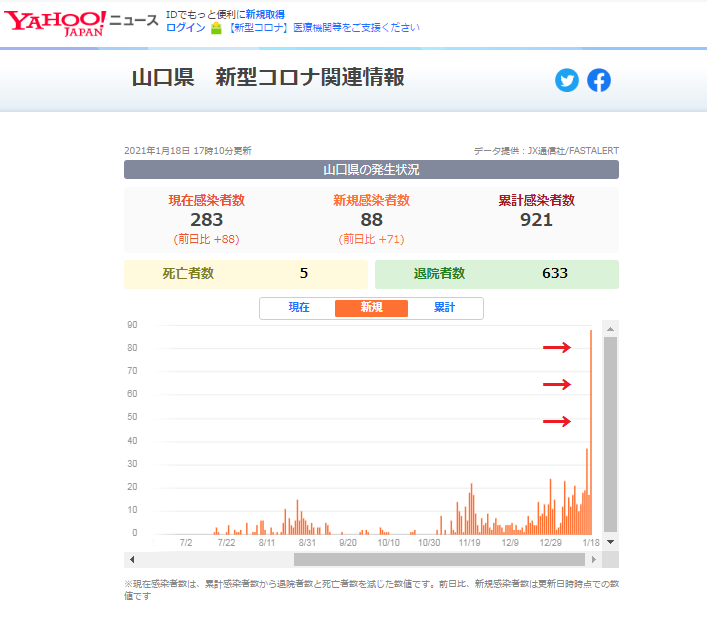 The bar graph is growing ridiculously …!

The scary part of “infectious disease” is that the infection explodes from such a small thing, so we must not let our guard down…

And in connection with this “infection spread” …

It’s a topic in China, “only one asymptomatic infected person infected 102 people” …!

According to the article,

③Move to Tonghua City by subway

⑤In this process, 102 asymptomatic infections occurred at once in the three cities of Changchun, Tonghua, and Komine.

Fear gradually rushes in like watching a suspense drama …!

Given that this is happening on a large scale on a daily basis in Tokyo, …

And the topic changed, and it seems that some progress has been made in the revision of the Act on Special Measures Against the New Coronavirus (COVID-19)!

The amendment is scheduled to be submitted to the ordinary Diet session from January 18th today, and it seems that the amendment was approved at a meeting within the LDP before that!

①Create “priority measures such as prevention of spread” so that measures can be taken even before a state of emergency is declared. (→②)

(Until last week, it was called “precautionary measures”

②The prefectural governor designated by the government requests the contractor to change the business hours, and if they do not comply, the governor will be able to carry out on-site inspections and orders.

③If they do not comply with the order, administrative penalties will be imposed.

④The governor is obliged to support the contractor upon request.

I hope the discussions will end soon, the revised law will begin, and

the spread of the infection will end as soon as possible!

It seems that the Tokyo Metropolitan Government has begun to move toward providing large companies with cooperation money to request shortening of business hours!

Even so, when it comes to payment to large companies … How many major chains are there in total?

It’s too great to make this decision!

I changed my mind about Governor Koike a little! lol