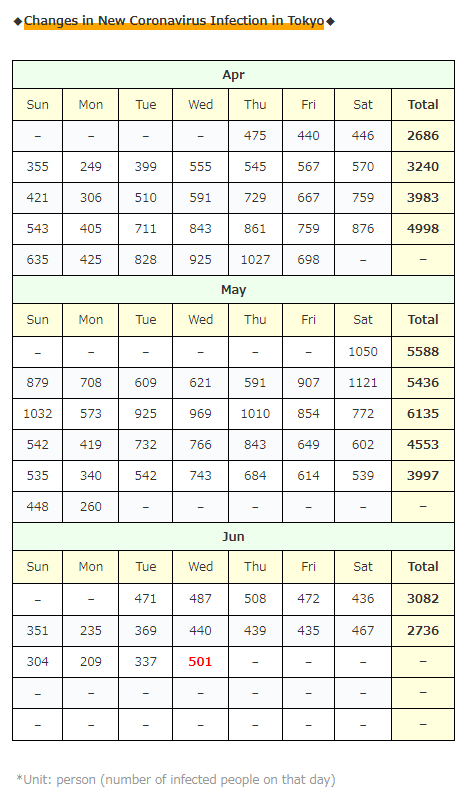 The number of new infections in Tokyo, like last Saturday, is higher than on the same day of the previous week …

This week, the days of “a little less than the previous week” continued, so after all … 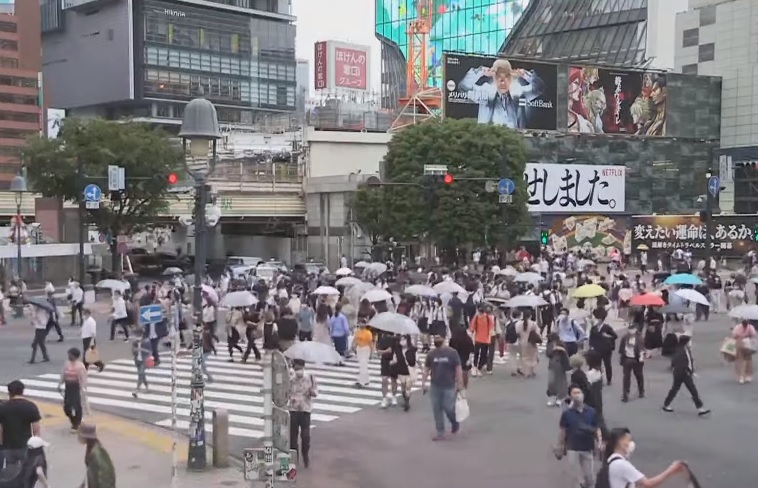 *Among the infected people counted today, there are [7] cluster relationships, including the above… (Other than the above, add 1 or less each) 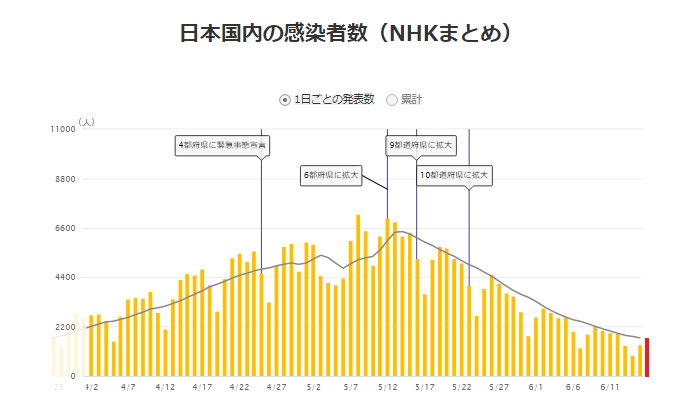 From “What an enviable topic” today …

At the large-scale vaccination site in Tsukiji, Tokyo, a staff member accidentally thawed the vaccine for 850 people, and as a result of urgently contacting related parties, 1,300 people including those related to the Metropolitan Police Department, the Tokyo Metropolitan Government, and the Tokyo Olympics were able to receive additional vaccinations …!

I envy that lucky vaccination …!

I also want to be vaccinated with such luck … lol

By the way, it seems that preparations for vaccination at work are steadily progressing …!

The Ministry of Health, Labor and Welfare says, “Don’t distinguish between regular and non-regular employment”, but it seems that private sector cooperation is already ahead!

The major real estate company “Mori Trust” seems to be vaccinated at 4 venues in Tokyo and Sendai, but it seems that tenant companies in the office buildings they operate can also be vaccinated!

In addition, Keizai Doyukai (Japanese economic organization) seems to cooperate with a company that handles rental offices to vaccinate 120 member companies and their families, about 43,000 people!

It seems that the vaccine has arrived at a major trading company in Minato-ku, Tokyo, which is scheduled to start vaccination from June 21, but the vaccination here covers a wide range of people, including regular employees, group company employees, cleaners, and security guards!

Also, it seems that companies that operate restaurants also target part-time workers at each store for vaccination!

Vaccination is progressing steadily, but I would like the government to accelerate vaccination even for those who do not belong anywhere or for sole proprietors …!

Many vaccination venues have been set up, but I hope the distribution of vaccination tickets will not be delayed!

By the way, even if you complete the first vaccination …

↑ as “clusters are occurring in facilities for the elderly who have completed the first vaccination”, it will not be effective until about 2 weeks after vaccination, so please be careful…

At the end, I would like to give you detailed overseas news …

In the UK, it seems that it has been decided to extend the regulation of COVID-19 measures for 4 weeks due to the spread of infection by Indian strain (Delta strain)! 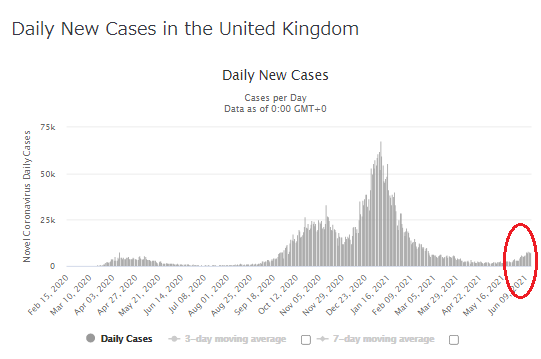 ↑↑ The crisis management of the British government, which can stop loosening regulations with just this increase, is too great …!

The state of emergency will be lifted soon …

There was a lot of positive vaccine news today!

COVID-19 may end sooner than expected (thanks to the vaccine)!

Let’s be a little more careful about infection control until vaccination is widespread!

At the government’s large-scale inoculation venue,

from June 17th tomorrow, 18-64 years old will be able to make reservations!

It is said that “you must have a vaccination ticket” , but…

In fact, some local governments in Tokyo have started distributing vaccination tickets to people under the age of 64, more than a month ahead of schedule!

The schedule for other local governments may be ahead of schedule!

If you have time, please check the homepage of the government office in your area!

By the way, there is also news like this …

Government “We will delay the distribution of vaccines to local governments that are slow to enter vaccination records.”

… Municipal, do your best!

As a result, it is the citizens who are in trouble!