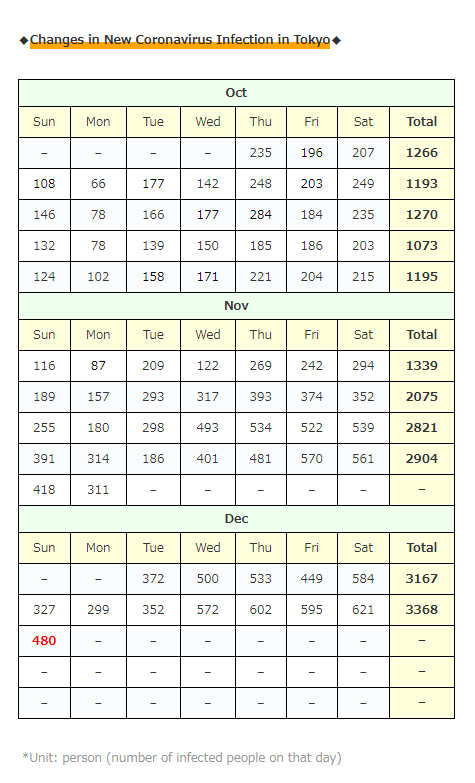 If you look only at Sunday on the calendar, the number of newly infected people in Tokyo is probably still on the rise …

* Infection in the facility [23 people]

+5 facilities for the elderly, 5 people

* The person in charge of measures against COVID-19 in Tokyo said, “The people of Tokyo should not get used to the large number of infected people every day.” That should be said to the governor of Tokyo…

・Infection of the city hall of Yokosuka City [1] person(s)

・Nosocomial infection at a hospital in Toyokawa City [1] person(s)

*Among the infected people counted today, there are [8] cluster relationships, including the above.

・Nosocomial infection at a hospital in Shizukuishi-cho [6] person(s) 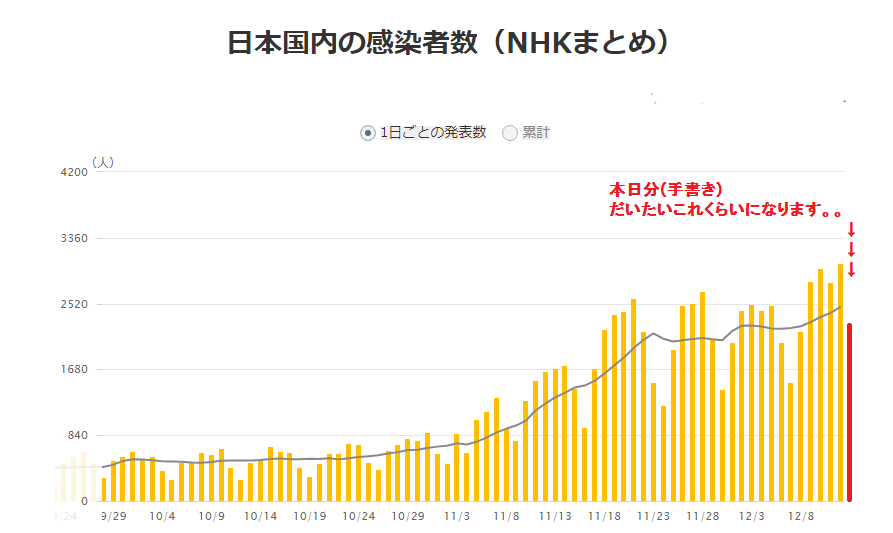 This news came in at midnight yesterday!

The suspension of the “Go To (travel) Campaign” will reach the deadline of December 15th in Sapporo and Osaka, but as you all know, the infection situation will not improve at all, so the government seems to extend the period.

Moreover, the government is finally coordinating with them in the direction of suspending Tokyo and Nagoya!

It seems that the countermeasures headquarters will decide tomorrow 14th, but I hope this will calm the infection!

By the way, the deadline is December 25th.

The lockdown overseas was “lockdown early for Christmas”, but is it a difference in religion or a sense of crisis …

And overseas, yesterday, December 12th (local 11th),  Pfizer’s vaccine was approved for emergency use in the United States!

Maybe the supply will start within 24 hours of approval?!

It was said that, but it seems that delivery preparations are already underway and vaccination will start tomorrow 14th!

Moderna’s vaccine is expected to be approved on the 17th next week, and 40 million vaccines will be supplied in the United States this month …!

I never thought that vaccines would progress so quickly in early November last month! 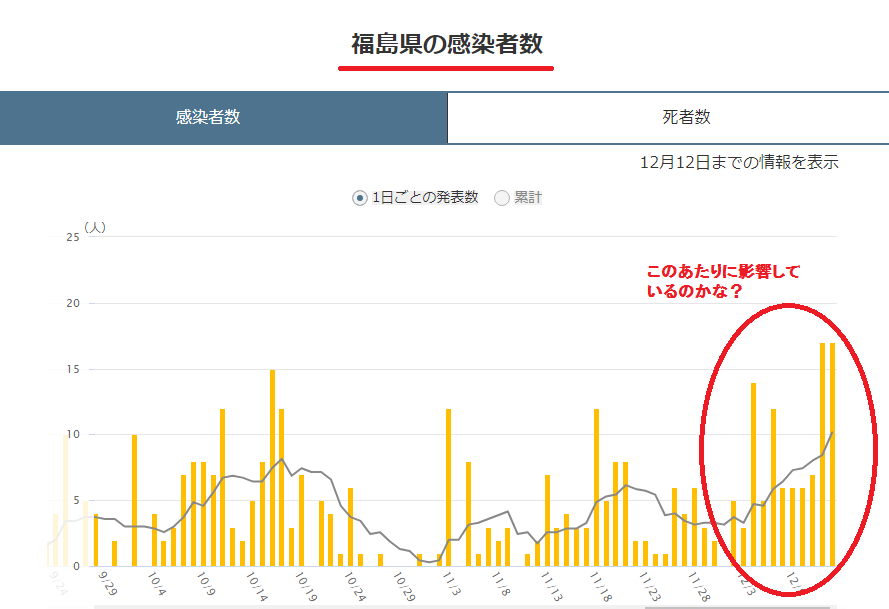 Areas with few infections can spread to nearly 100 people at once due to this kind of relaxation, so we mustn’t let our guard down…

And here I told you yesterday ↓

(From the summary article on December 12th)

in Kanagawa, a man in his 50s died at a new coronavirus (COVID-19) infectious disease accommodation facility …

I’m waiting for details, but there was no response to the LINE health observation at 15:00, and when the person in charge visited the room before 20:00, he was lying on the bed …

“Medical collapse” is a little getting scary …

Really, let’s be careful until the vaccine arrives and the end of COVID-19 is visible …!

A man who died at an accommodation facility in Kanagawa seems to said, “I have abdominal pain and headache” at 10:00 am, shortly before the health observation on LINE (15:00 on December 11).

I got more details about ↑ …

The cause of death was “acute bronchopneumonia caused by the new coronavirus (COVID-19)“.

The man had low blood oxygen levels and needed a doctor’s diagnosis, but he said he wasn’t suffocating, so he was treated as a follow-up. (Without medical examination)

I think that the people in the medical field who manage the accommodation treatment facility for COVID-19 are also difficult (some people get out of it without permission), but

It’s anxious for patients, “lonely medical treatment at accommodation facilities that are not hospitals,” so I would like them to follow up closely …

Due to the small number of discharges on Sunday, the number of people increased by more than 500 today.

(Although about 1800 people have been discharged from the hospital …)

The mortality rate of the new coronavirus infection (COVID-19) is 1.4 times higher in men than in women!

It seems that international research teams such as Cape Town University in South Africa announced it, but it seems that it is almost common in each country.

I often hear that women have a longer life expectancy than men, and I’m convinced!

And there was such news!

It’s a story about Italy, which is still under curfew due to the spread of the new coronavirus infection (COVID-19) …

It seems that a man who had an argument with his wife broke the curfew and walked outside to “calm down” …!

Moreover, a stranger gave me food and drinks along the way!

Is it a good story?! lol