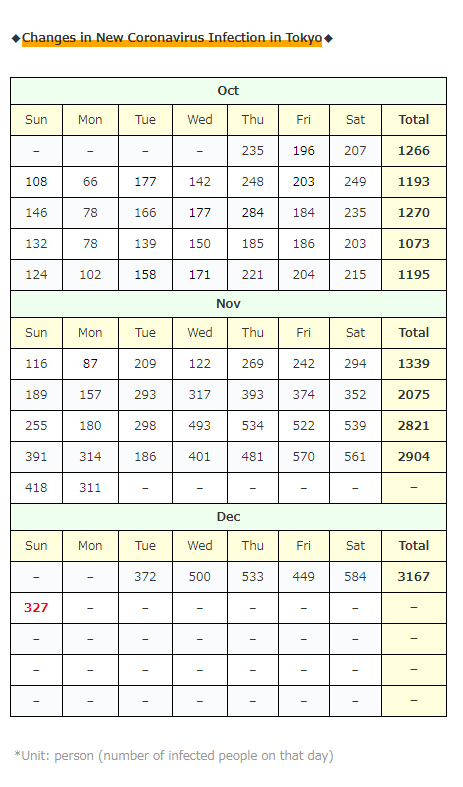 The number of new infections in Tokyo has decreased for the second consecutive day since yesterday, compared to the same day of the previous week! 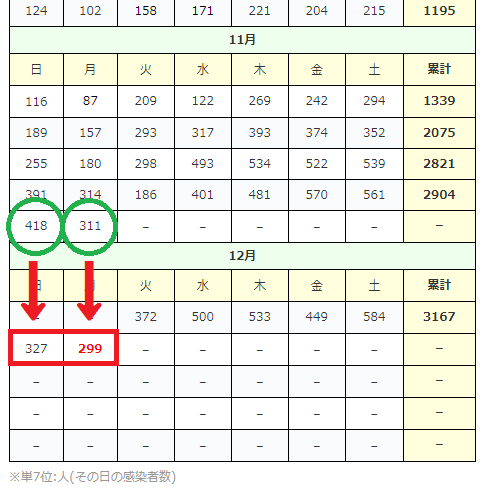 I can’t let my guard down, but I hope it’s a good sign!

* Infection at facilities for the elderly [13 people in 5 locations]

*(It is said that 31 patients were actually included in the infected people of the prefecture on the 6th.) 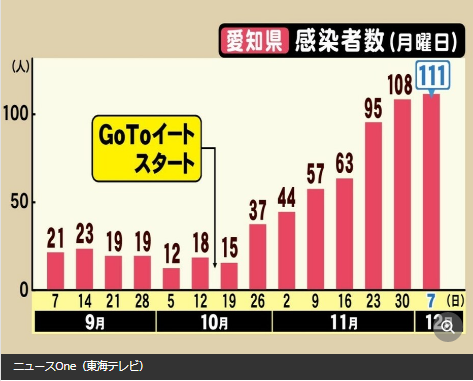 (*”9月”= September / “10月”=October / yellow box=”Go To eat”(which is Government stimulus measures to rescue restaurants))
(* According to Tokai TV, which created the table, “causal relationship is unknown” ……) 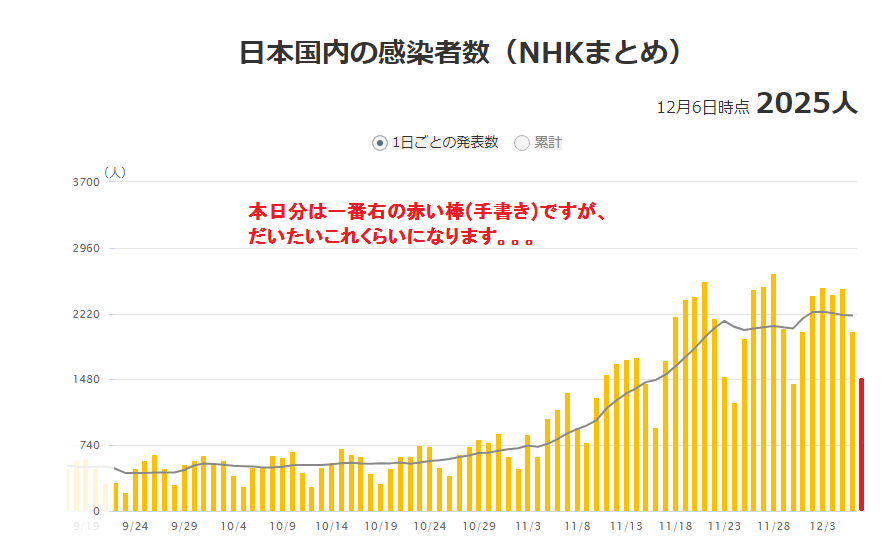 The day before yesterday in the summary article on December 5 ↓

I introduced the photos of the holidays in Tokyo and Osaka where the infection continues to spread, but I would like to introduce you because there were about two news related to it. 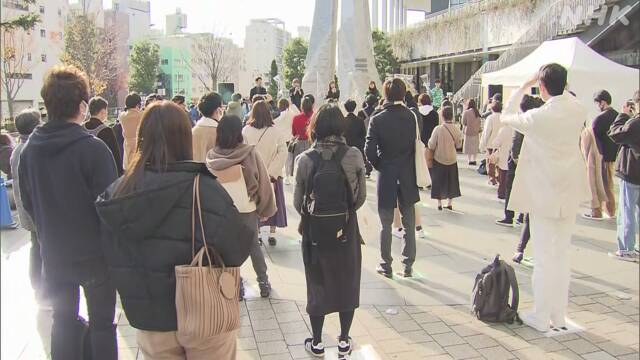 * It seems that the a cappella live was held in the outdoor space, and people were watching at intervals with the social distance sticker on the ground!

It seems that there were tourists from Yokohama and Saitama!

By the way, the measures against infectious diseases of Tokyo Sky Tree were as follows.

① Temperature measurement and disinfection at the entrance

② Limitation on the number of elevators

③ Ventilation enhancement (all air is replaced in 20 minutes)

The number of people in each area at 3:00 pm on Saturday, December 5 was as follows compared to the holidays from mid-January to mid-February before the spread of the infection!

◆Where it has decreased

◆Where it has increased

Shibuya Center Gai didn’t seem to have decreased when I actually saw the place, but it seems that it decreased by 20% on the data!

I hope this result will reduce the infection this week. ..

The number of people discharged from the hospital was so high today that it has decreased for the first time in a while!

In the UK, vaccination against the new coronavirus (COVID-19) will finally start tomorrow! !! !!

It seems that preparations are proceeding at a rapid pace in London, such as bringing vaccines to hospitals!

『The person in charge carefully removed the dry ice from the box, took out the case containing the vaccine, put it in the refrigerator and locked it tightly.』

The vaccine for the new coronavirus (COVID-19) developed by Pfizer in the United States needs to be controlled at a low temperature of about minus 70 degrees Celsius, so in the England region where London is located, 50 well-equipped hospitals it seems that vaccination is given priority to the elderly and medical staff, but looking at the “” in ↑, there seems to be no problem!

Finally the solution has come to light!

As a result of the pollster conducted by the Yomiuri Shimbun, the following data was obtained!

I want to get the vaccine immediately -15%

I don’t want to get vaccinated-15%

It seems that 84% of people want to get vaccinated!

I was relieved that the numbers were considerably higher than in other countries (about 50-60%)!

I can’t wait to get vaccinated in Japan! lol