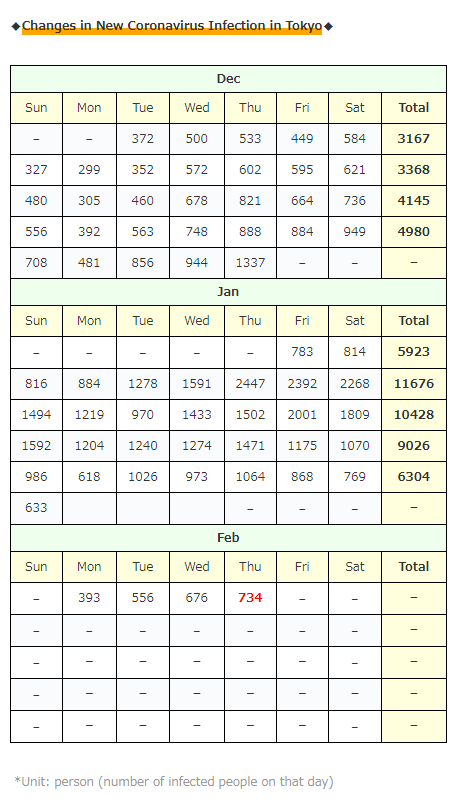 The number of newly infected people in Tokyo in this week has been changing at the same number as the week just before the “Huge spread of infection during the year-end and New Year holidays”. 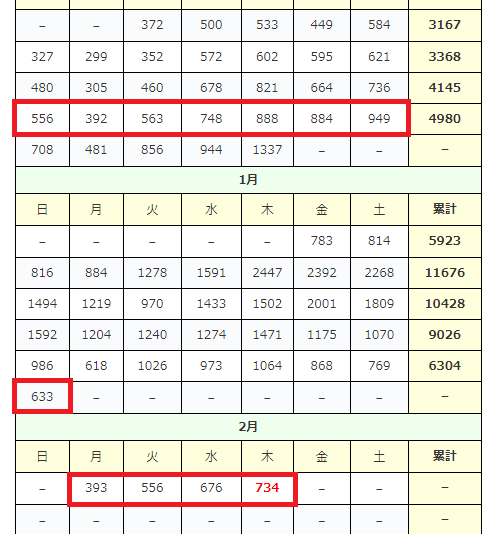 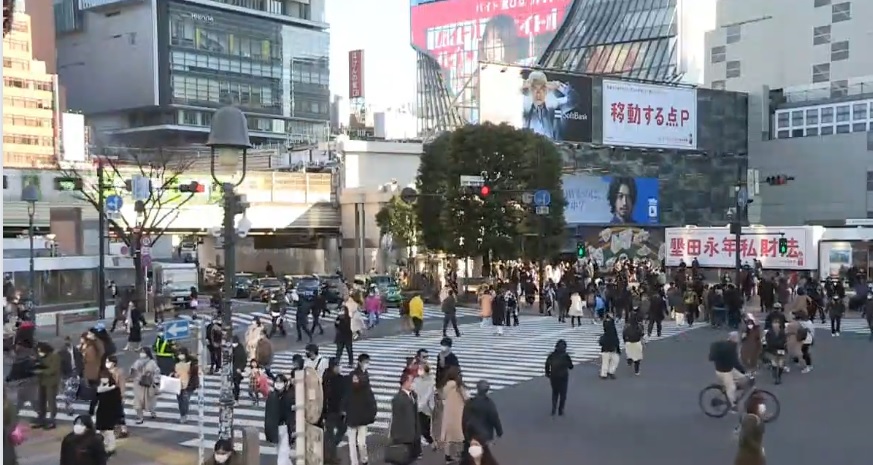 ・Infection in the facility [133] people

・Today’s Tokyo has the second largest number, and it seems that 25 people have died …

*Among the infected people counted today, there are [12] cluster relationships, including the above.. (Other than the above, add 2 or less each) 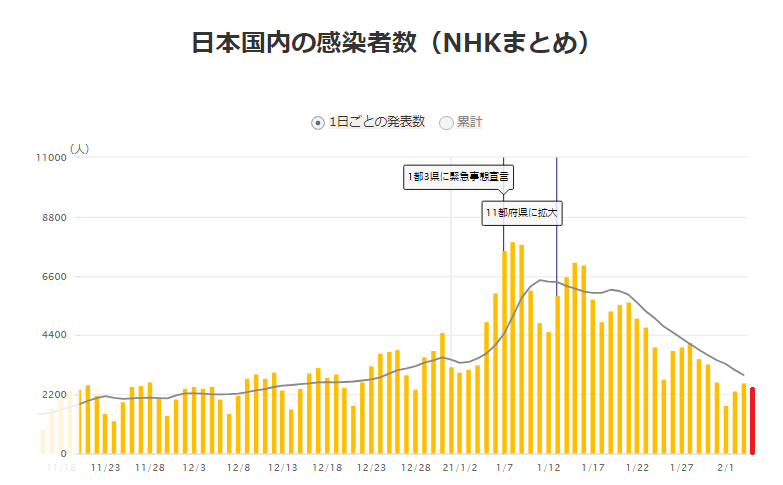 A new clinical trial will be launched in the UK!

The new coronavirus (COVID-19) is vaccinated twice per person for any vaccine, but clinical trials will be conducted from the middle of this month to see if the first and second vaccines can be used with different types of vaccines!

It seems that it will take until summer …

If various combinations are okay, you will be able to vaccinate more smoothly and speedily without worrying about the type!

The results of the final stages of clinical trials, such as the effectiveness of the vaccine developed in Russia, have finally been published in the British medical journal The Lancet!

(This seems to be an authoritative magazine, as the results of Pfizer and AstraZeneca were also published in this medical journal.)

It was more effective than I expected! (← Excuse me lol)

Even though clinical trials have not been completed, this Russian vaccine was approved in Russia and in other countries, so I was in a state of “Is that okay …?” … (dry laugh)

By the way, I laughed at the comment from this medical journal The Lancet.

“The development of this vaccine has been unsightly hasty and has been criticized for its lack of transparency, but the results are clear.”

As expected, Britain is very good at irony! Lol

And the topic returned to Japan, and finally it became an article again!

The accommodation facilities for COVID－19 recuperators are almost empty …

The reason is, “They have to wait for all the rooms on that floor to become empty when cleaning and disinfecting.”

Sure, the government shouldn’t infect the cleaners, but anyway …

they must think a little more …

Moreover, there are about 3,500 home recuperators …

It’s a waste of money, and it doesn’t make much sense if there are 3,500 home recuperators and only 600 are used for accommodation recuperation …?

Finally, the “Revised Proposal for Special Measures for New Coronavirus Measures” has been enacted!

I hope this will bring the infection to an end!

② If the company / individual does not respond to the “request” for no reason, it can be “ordered”.

③On-site inspection etc. will be possible 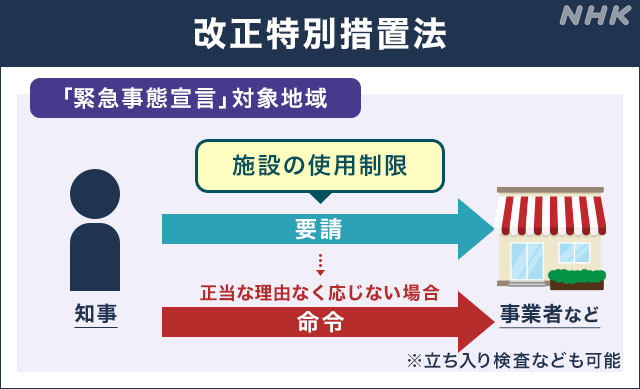 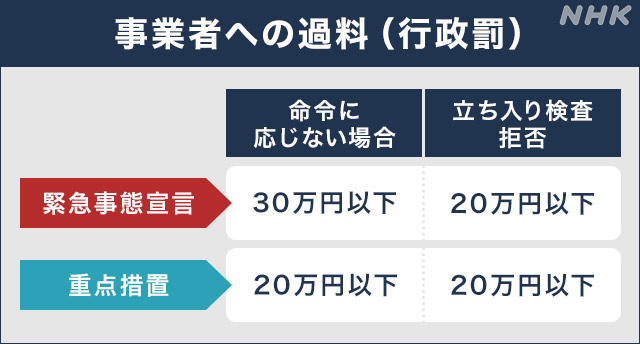 ⑤ If the infected person refuses medical treatment, the governor can recommend hospitalization.

⑥Refuse even hospitalization recommendation ・ If you escape from the hospital → Fine

⑦Lie and refuse the investigation of the health center → Fine 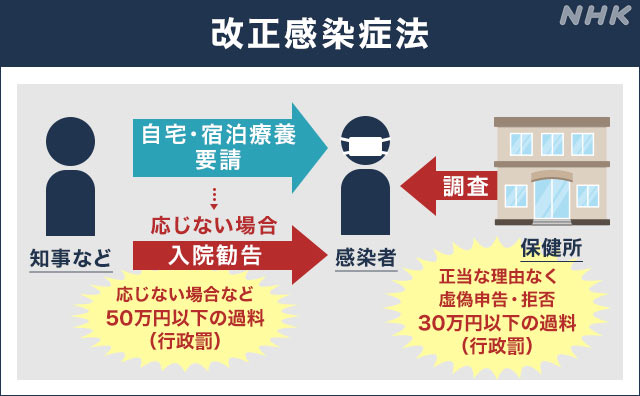 ⑧Even if the test result is negative in the quarantine at the airport, you need to wait at home for 14 days.

⑨If you refuse to quarantine at home, make it wait at the facility

⑩If you refuse to quarantine for the facility → Criminal punishment

(With a criminal record) 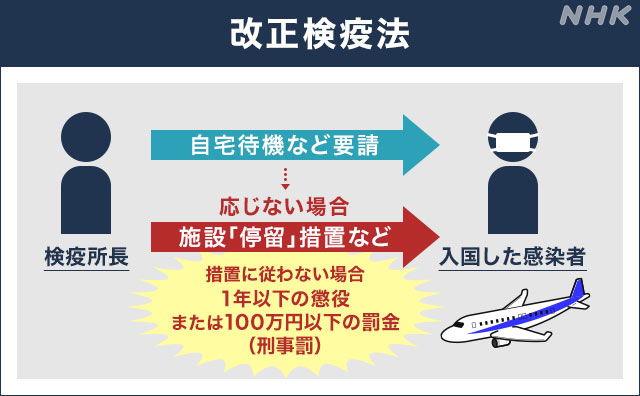 If I read it carefully, there are many points to be worried about, as shown below.

・What are the measures such as fines for not reducing the number of people in the city?

・Isn’t the criminal punishment NG? Is it OK for only immigrants? Then, isn’t it okay for Japanese people to be criminal penalties?

I hope that this speedy revision will have some effect!

By the way, it seems that the contact confirmation app “COCOA” has not worked on Android since September (dry laugh).
(* 30% of COCOA users are Android)
(“COCOA” is a government app)

It was said that no detection or notification was given even after close contact with the infected person.

It seems that they didn’t notice until a series of complaints from users …!

The WHO (World Health Organization) research team, who is visiting China to find the source of the new coronavirus (COVID-19), exchanged opinions with researchers at the “Wuhan Institute of Vase”!

WHO “It was a very important meeting” …

…I wonder if the information will come out sooner?!