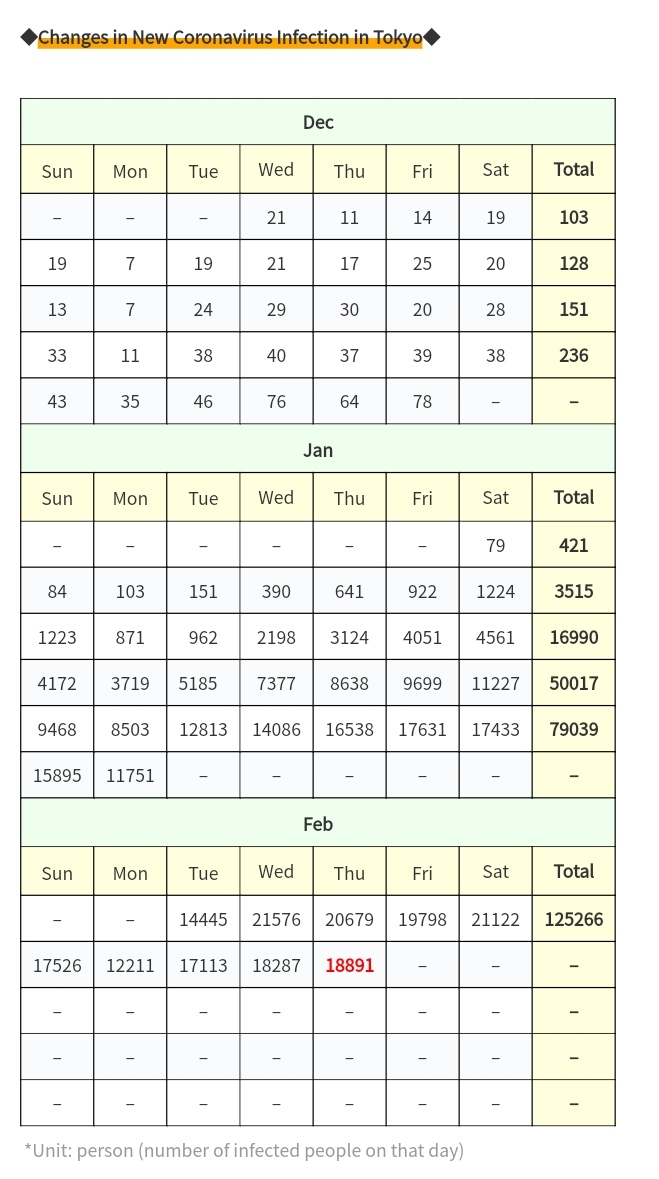 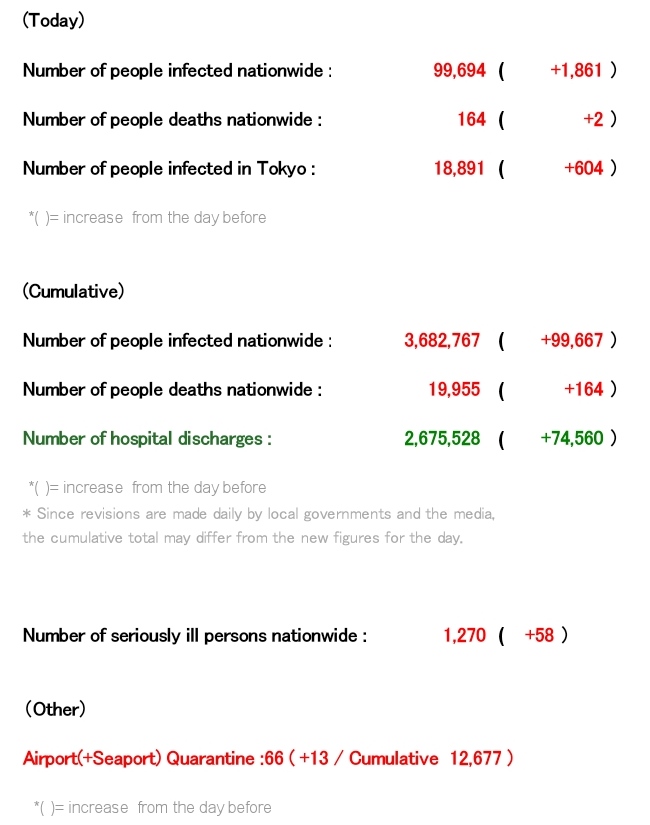 The number of infected people in Tokyo is … finally less than last week for 2 consecutive days …!

I hope this is a sign of full−scale decreasing trand! 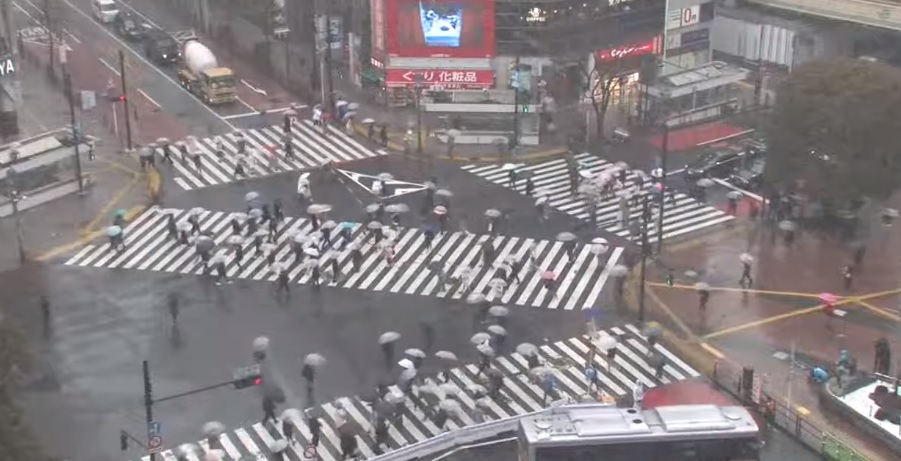 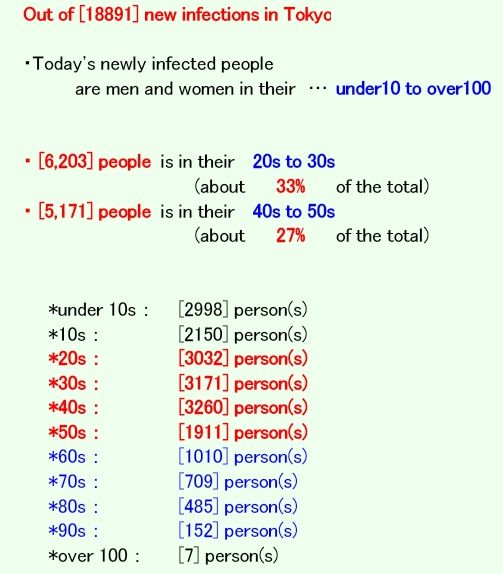 ・ There are [850 patients] who are close contacts and have symptoms and are diagnosed with infection without PCRtest at the doctor’s discretion. 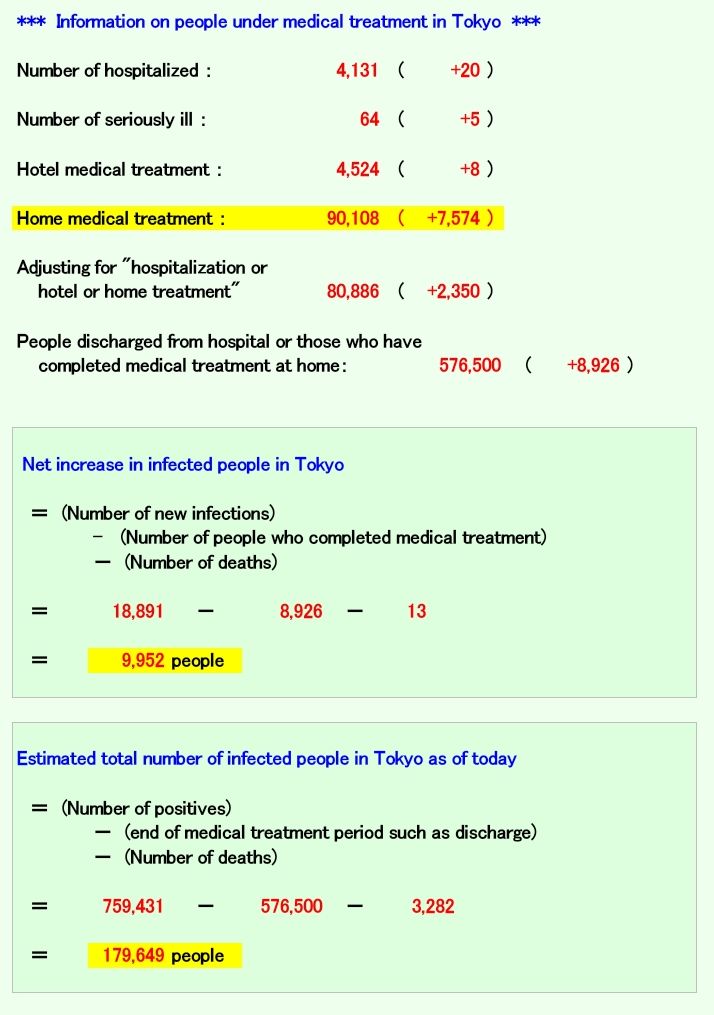 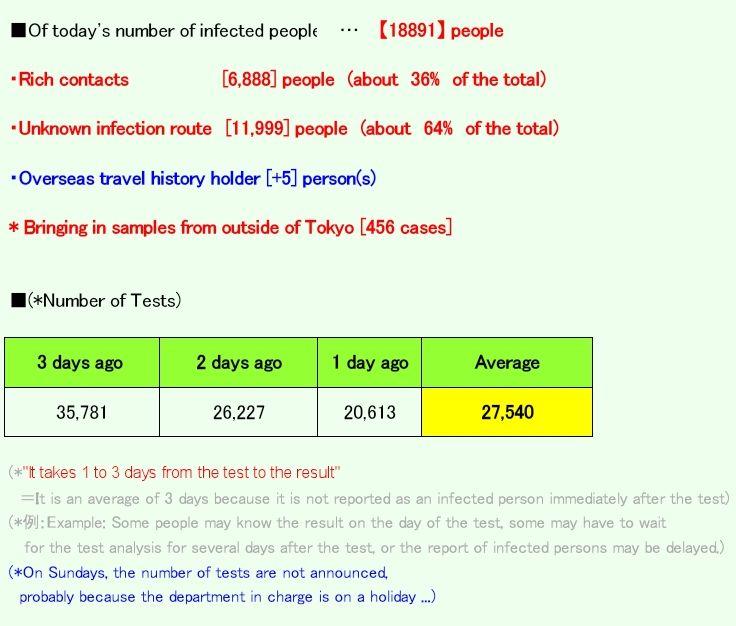 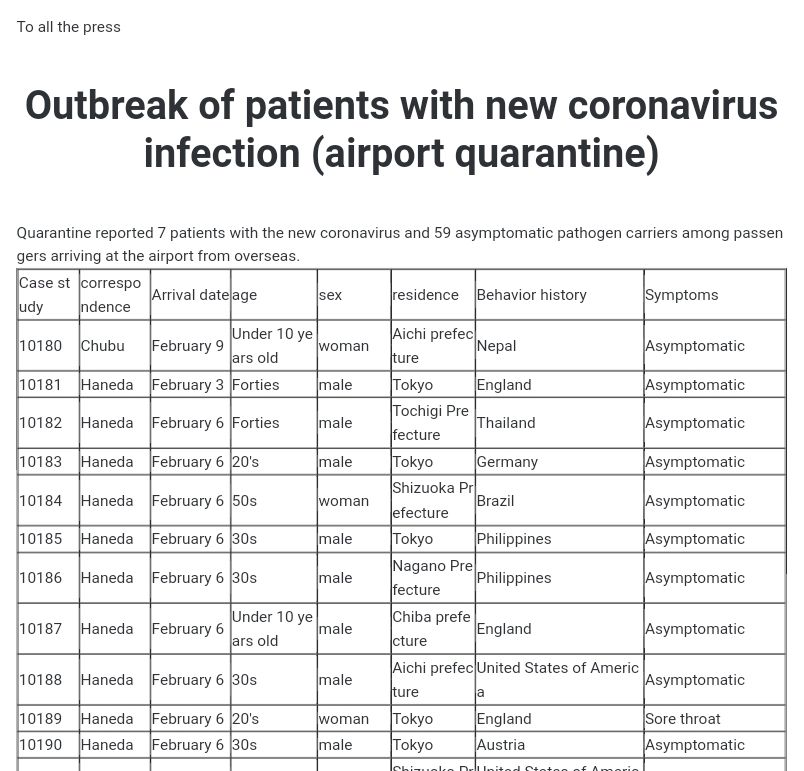 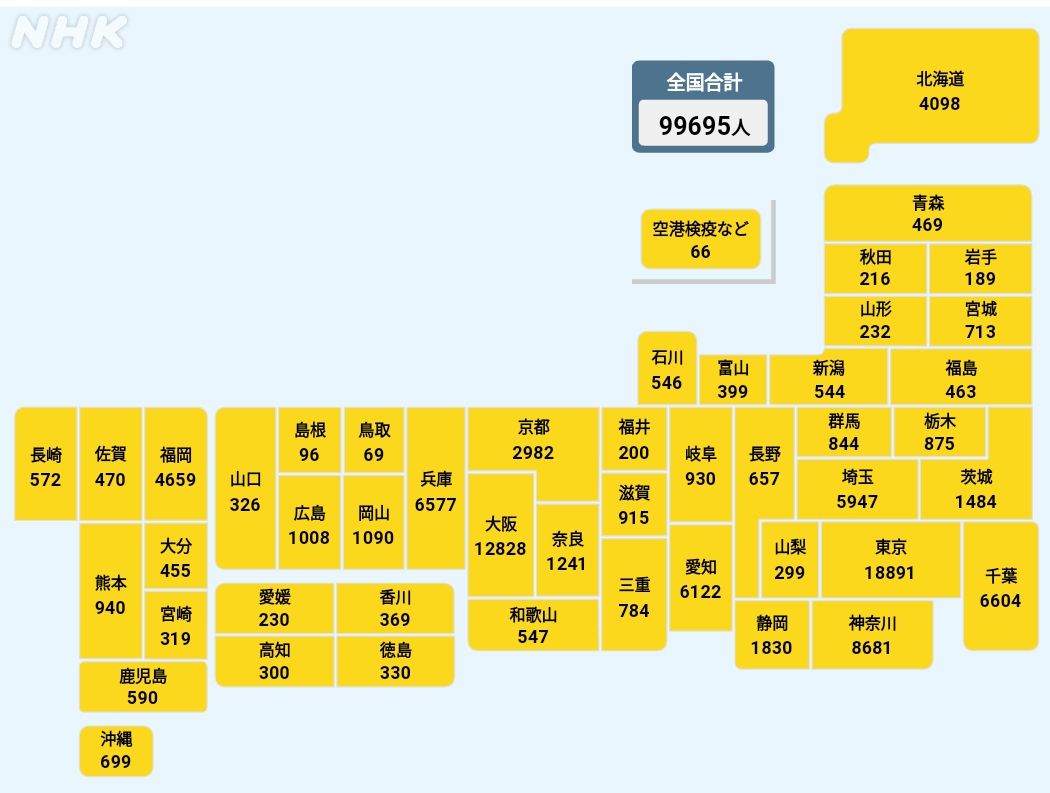 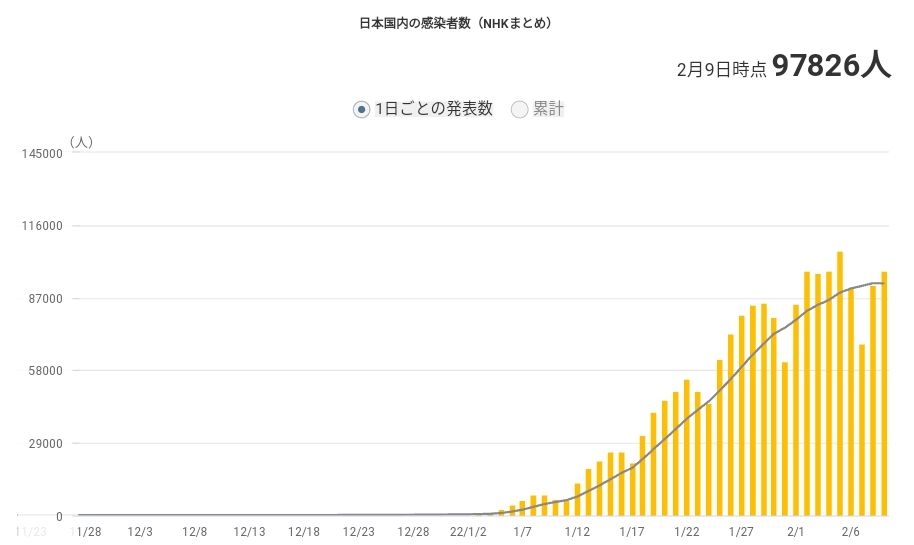 Recently, there is a lot of talk about priority measures such as prevention of spread …

Effect of priority measures such as prevention of spread? ↓

↑ Well … If the restaurant closes early, it is natural that the number of people at night will decrease, but well,… ok, this is the effect of the measures…fot the time being…

However, this is the data for “late January”, and the number of infected people has not decreased at all from there until today (February 10) …

It is said that the leading role of this time, Omicron variant, takes 2.5 times faster time to exert infectivity than before, so the results of the countermeasures should come out sooner than before …!
(* It was said that the virus so far exerts the ability to infect other people about 5 days after infection, but this time Omicron variant is said to be only about 2 days).

Up until now, the leading role in the number of infected people was clearly in their twenties, but nowadays, infections in teens, especially those under the age of ten, are conspicuous, so it seems that we have to change the fundamental measures … 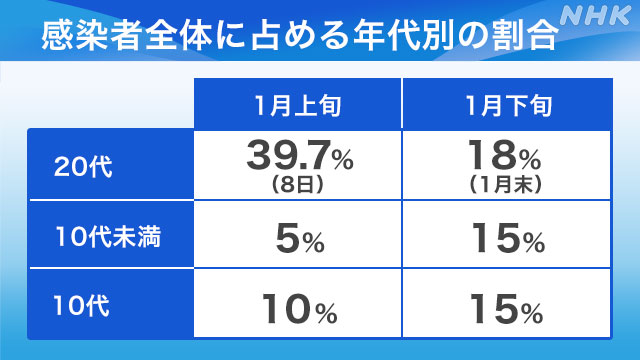 Well … it’s easy to say, but it’s actually quite difficult …

Oh yeah, by the way, there was something like this!

↑ “You can complete some of the procedures for airport quarantine before you enter Japan!”

The idea is, “Let’s make the immigration procedure to Japan easier!”, but was this news somewhere? ??
I can’t really trust the Japanese government because they’re secretly doing this kind of thing … 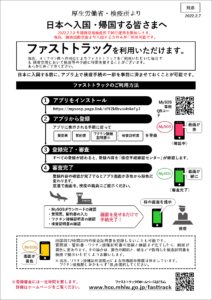 Well, this time only, it’s okay because it doesn’t loosen the regulations, but even though there is this terrible infection situation in Japan due to the import of the virus, they are really crazy to think about such a thing at this time …!

the world’s population is about 7.9 billion, of which 400 million seem to be infected with COVID-19 … 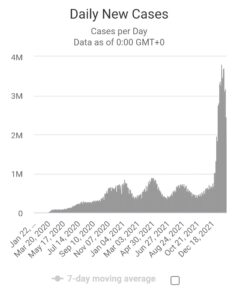 Speaking of which, Coca-Cola will raise the price again from May 1st …

This time, the target is large PET bottles, and the reason seems to be “rising raw material prices due to economic resumption from the COVID-19 disaster” …

They use it as an excuse to raise it, but in the end, even if the raw material costs settle down, the price will never be restored …

By the way, it seems that the price will be raised by about 5-8%!