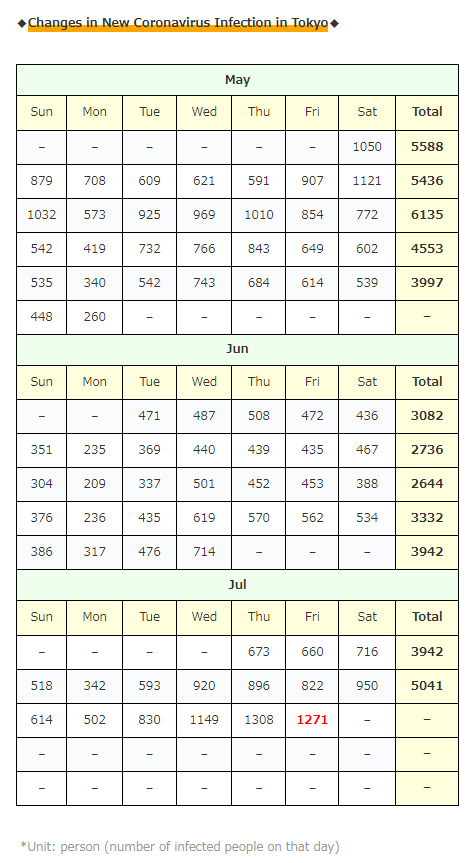 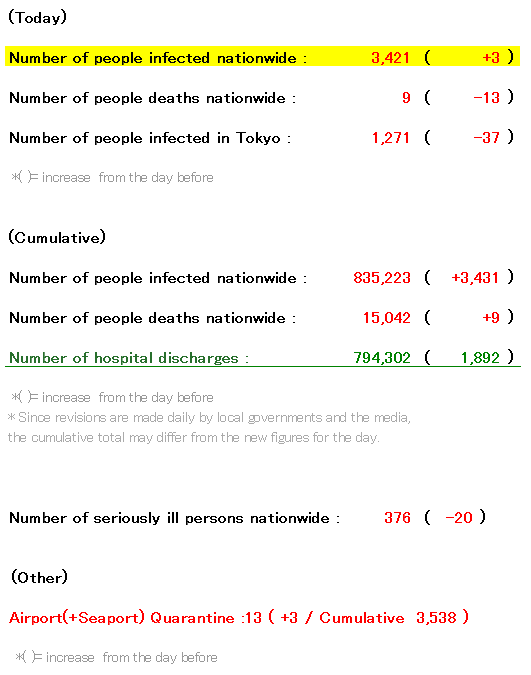 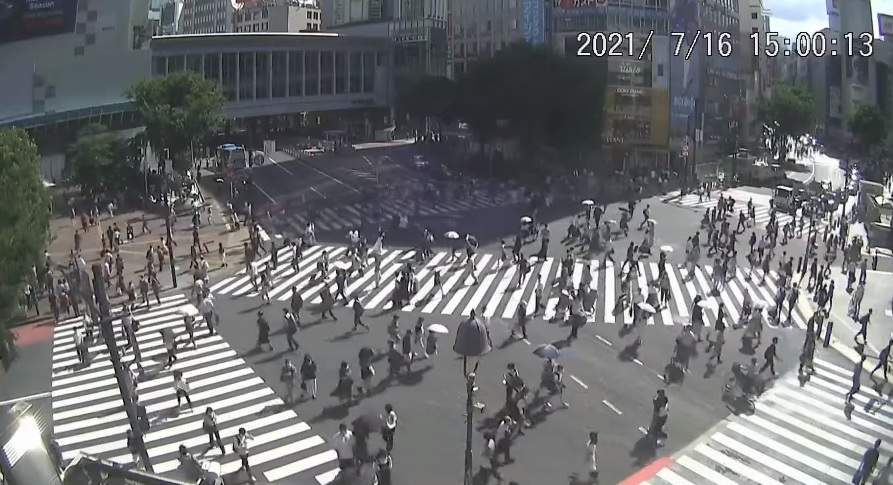 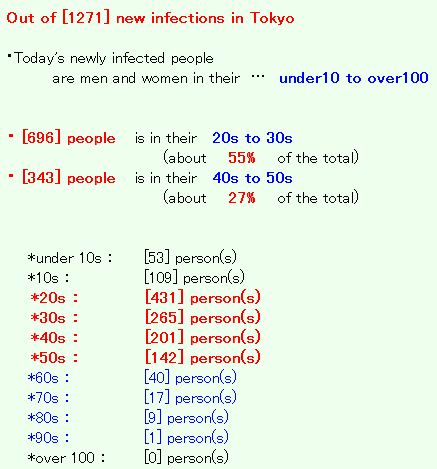 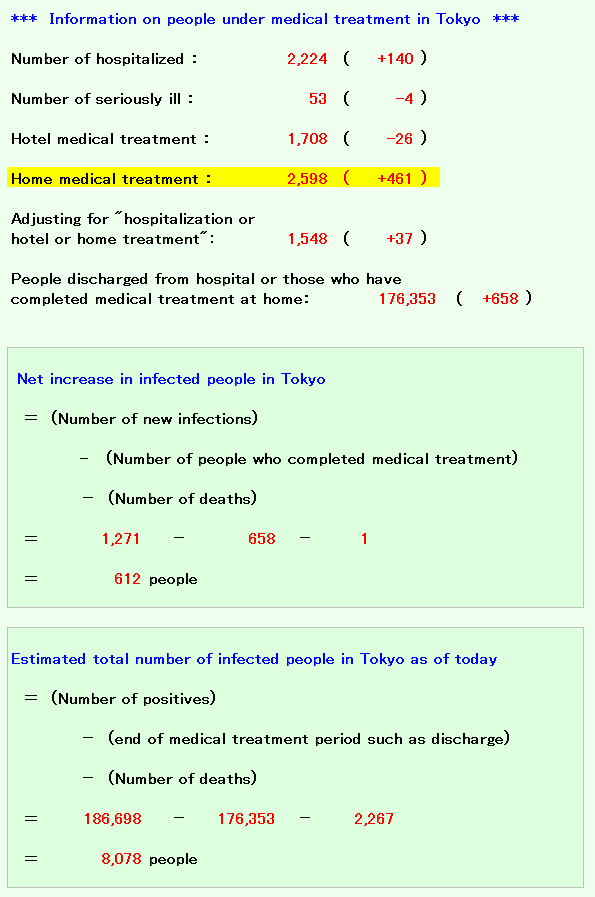 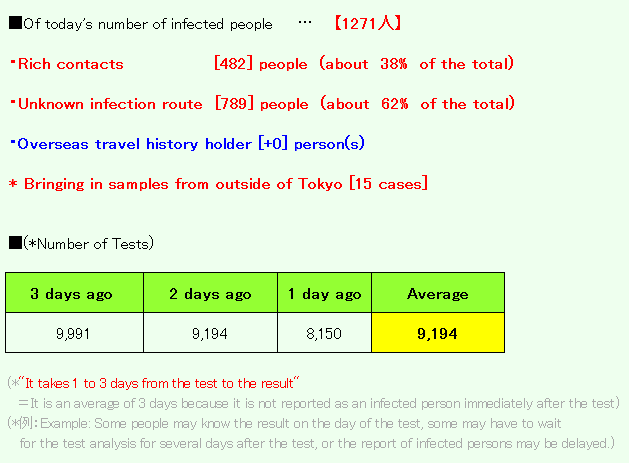 ・A total of 5 locations, including kindergartens, and business establishments in Yokohama City
*Today [2-4] person(s) / Cumulative [5-6] person(s) 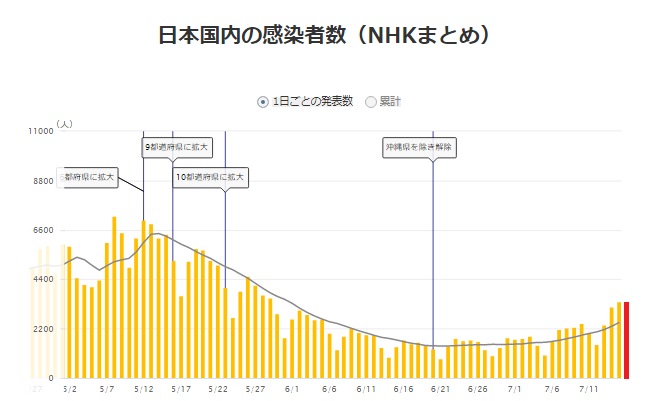 According to Governor Koike, “In Tokyo, the number of positive people in their 20s and 30s is by far the largest” …

For us, we don’t need such your impressions, so we want you to take “effective measures” …!

By the way, according to NHK data, the percentage by age group is … ↓ 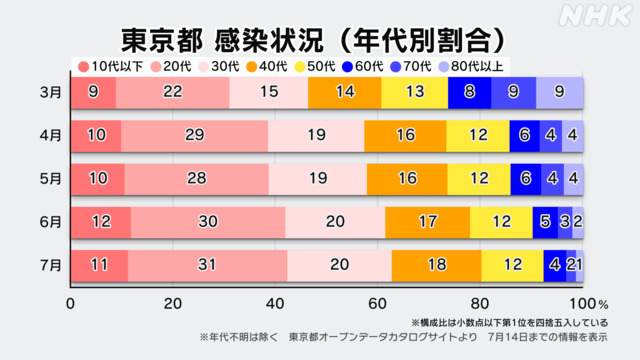 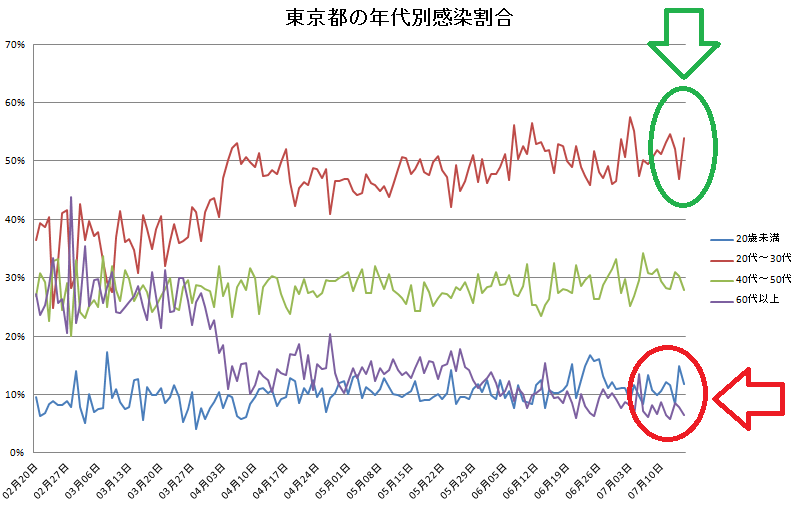 ↑You can see that there are so many infections in the 20s and 30s that it is surprising …!

By the way, as you can see from the red mark, the number of infections in the elderly has decreased dramatically thanks to the vaccine, and
there was an image that infections under the age of 20 have been messed up recently, but in reality, the proportion hasn’t changed so much, and it seems that the number of people is increasing as the infection spreads …!

It is obviously strange that the proportion of people in their 20s and 30s is so high in terms of population ratio, so it is probably the result of the daily activities of the majority of people … 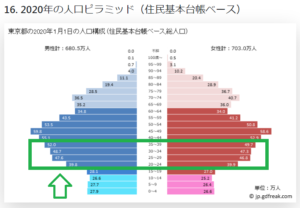 (From the summary article on July 15th yesterday)

↑In this way, except for two people (503 and 504), you can see that the number of infected people is 15 in almost two clusters,  the green group and the orange group …!

Everyone of above said that they had no history of traveling outside the prefecture …
In any case, Tottori Prefecture, which is the best in Japan for infection control, will surely lead to the end this time as well!

As for yesterday, July 15th (I’ve only introduced breaking news), it seems that as many as 10 people have been found infected …!

(The infection situation in Tottori↓) 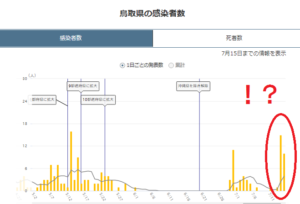 ↑ Continuing from yesterday’s table, the green group and the orange group, and today the blue group has been added …!

However, they are all the same “米＝Yonago City” (including the two white people) …
I don’t feel like they are all connected …

As I said yesterday, Tottori Prefecture has perfect infection control and the lowest number of infected people in Japan, so it will be resolved soon! Lol

Today was the topic of Tottori for two days in a row … (lol), but…
do you guys remember “that” …?

About a month and a half ago … Many Japanese media reported that “Taiwan was in a very difficult situation !!!”

Just like “Tottori”, it is “Taiwan”, which is an “excellent area for infection control”, so I checked it because the media did not report it at all! 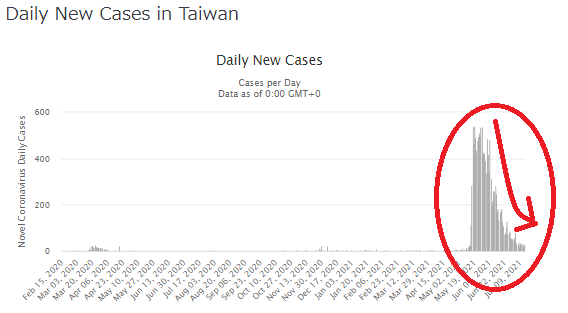 ↑It converges in an instant (lol)

As expected “Taiwan”! (Lol)
The degree of people is different from that of Japan! lol