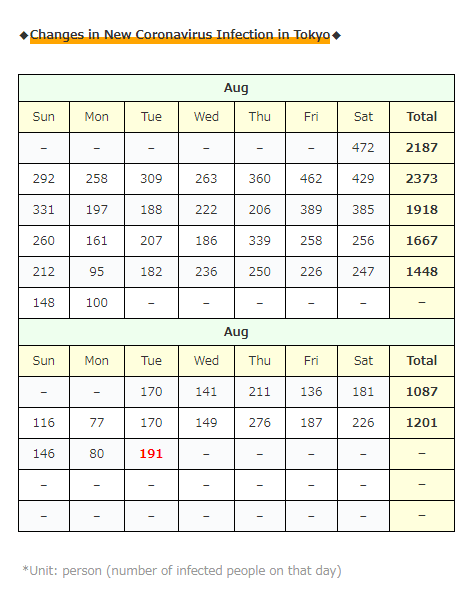 Looking at the number of newly infected people in Tokyo, which is also posted at the bottom, “COVID-19 Trend Calendar in Tokyo”,

I feel that it has been increasing little by little since last week, so I’m pretty worried …

↑ Compared to the same day of the previous week, it is increasing …?

・Infection in the facility [6] people

・Nosocomial infection at a hospital in Ome City [3] people

* In addition, it is said that 1 person in his 30s is becoming severe patient today.

(Severely ill patients in their thirties are rare, so I will report it just in case…)

In Okinawa, the infection was very widespread, but it has decreased considerably, and now there are 4 people! 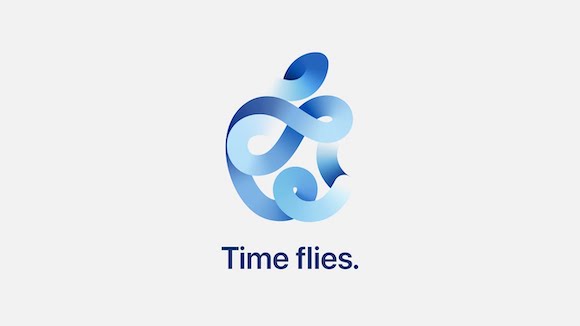 It is rumored that new iPad Air and Apple Watch will be announced!

However, it is said that iphone12 will be announced on October 13th …

Everyone loves apple news, so I hope someone likes it (laughs),

but let’s get back to the main topic! Bitter smile

the request to shorten the business hours to restaurants that serve sake in Tokyo will not be extended again, and it seems that it will end in 15th today!

From the beginning of September, only the 23 wards are open until 10 pm, and the government of Tokyo paid a cooperation fee of 150,000 yen to stores that fully followed this rule.

By the way, Governor Koike said at the press conference.

“Thank you to the businesses and users who cooperated. The number of positive people has remained high so far, and experts have pointed out that “it is necessary to be vigilant against re-expansion”, so I would like to ask for your continued cooperation. “

“I can’t extend the request to shorten business hours anymore, so I’ll cancel it, but it’s still far from controlled!”

I don’t think it’s easy to extend the shortening of business hours because it depends on the lives of many people,

And the topic changes, but next is here

“Vaccine production has already begun in parallel with vaccine development.”

It seems that the secretary general of the “Gavi Vaccine Alliance”, an organization that has set up a framework to fairly deliver the new coronavirus (COVID-19) vaccine to countries around the world together with WHO (= World Health Organization), said like above!

It is said that the production of multiple vaccines has already begun so that the nine vaccines under development currently invested by this organization can be distributed immediately after approval in each country!

The vaccine is just around the corner!

It is said that the beginning of 2021 will be the fastest in Japan next year, but I wonder if it will be possible to take it sooner …!

It was such hopeful news!

There was also such news.

“Even if we control it, “the entertainment district at night” will expand again …”

In connection with this, the government has created a working group under the subcommittee to study “measures to prevent the spread of the new coronavirus (COVID-19) from the entertainment district at night”!

An overview of specific measures will be announced in October next month.

The next measure is not the “effort goal (= measure that doesn’t seem to make much sense)” like before, but I want them to take effective measures …
I think so from the bottom of my heart…

By the way, the content of this meeting was as follows.

・Efforts to eliminate discrimination and prejudice are necessary

・Since there are many young people in the entertainment district at night, it is difficult for symptoms to appear, so infection is likely to spread

Oriental Land Co., Ltd. (running Tokyo Disney Resort), which was generous to its employees, closed the park well, and seemed to be financially and mentally leeway, but now, they seems to be reaching its limits …
they said they started the following operations …

(* Conversion to other businesses such as restaurants, retirement with retirement allowance)

・The amount of leave compensation that was increased for part-time jobs will return to the original level after October.

Disneyland and DisneySea were temporarily closed from the end of February to June 30th.

And even after the reopening on July 1, the number of visitors was halved. 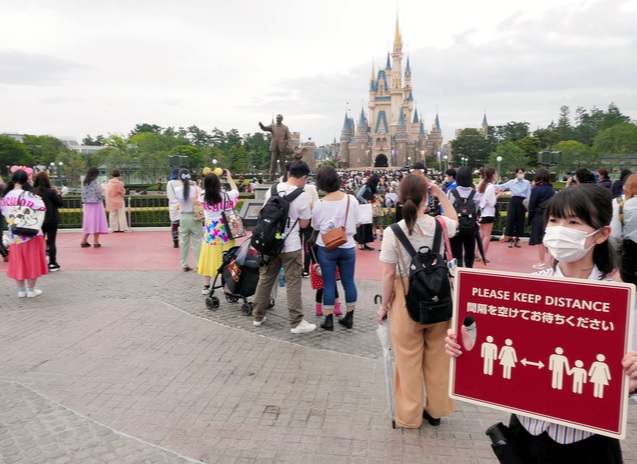 I was honestly wondering, “Why do they have such leeway?”,

so I was personally surprised by this news,

It has decreased considerably today!

There was a lot of political news today, such as the minister being decided, and the news related to  (COVID-19) and the update of numbers were weak …

It’s not because I’m compiling this “Summary of the number of new coronavirus (COVID-19) infections in Tokyo, Japan and the world” ,

but from the bottom of my heart, politics is important, but I really think we have to do something more about “new coronavirus (COVID-19) infection” …