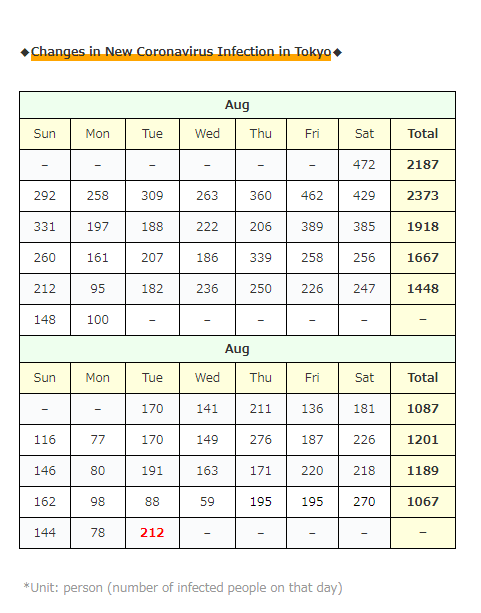 78 ( -66 from the day before) new infections confirmed in Tokyo.

The number of newly infected people in Tokyo exceeded 200 even though it was Tuesday.

If there is a large-scale outbreak, I can still be relieved, but there seems to be no such information, so it may be that the infection is spreading again due to the pure effect of 4 consecutive holidays …

I’ll be waiting for a few more days …

・The person in charge of the city said, “The overall number has increased because people who have been infected during the four consecutive holidays have been confirmed.”

・Infection at dinner [18 people] It seems that [11 people] were infected by drinking party / dinner on the day before 4 consecutive holidays.

*It means that half of the people infected at dinner were on 4 consecutive holidays.

*Japanese people are very worried whether infection were spread on that holidays.

→There were many other care facilities and nosocomial infections of about 5 people.(→東京新聞より)

*Cumulative 4 people at the same company

→Today, there was no news of outbreaks other than yesterday’s outbreak of restaurants with entertainment at night in Nagoya City.

→US military base： [N/A] person

Anyway, the number of newly infected [212] people in Tokyo today was shocking …

Meanwhile, the Japanese government always announces and decides something at the wrong time…

Minister of Land, Infrastructure, Transport and Tourism Akabane announced today that the “Go To Travel Campaign” will be added to travel to and from Tokyo as scheduled from October 1st.

“Why did you announce today that the number of new infections in Tokyo has skyrocketed?”

It was announced before noon after the Cabinet meeting on the 29th, but by that time I think they should have known how many new infections were in Tokyo today …

And if they look at the number of newly infected people today, I think that ordinary people will definitely postpone it ….

Everyone in Tokyo and everyone in each prefecture should be careful to prevent infection when traveling. ..

And next topic is here,

Mr. Nishimura, the minister in charge of economic revitalization, announced that he will put in place a mechanism to make it easier for people working in the “entertainment district at night” to undergo PCR tests.

Based on the fact that it has been pointed out that the spread of the new coronavirus (COVID-19) after June originated from “the entertainment district at night of a big city where restaurants with entertainment at night gather”, it is said that measures are being considered.

Specifically, it seems that the following matters were discussed.

・ Set a time and place where you can easily receive a medical test.

・ Consideration that does not lead to reputational damage is also necessary.

For “Gold licensed drivers” who do not have any violations, the National Police Agency has made it possible to take a course on renewing the license online!

It seems that we have to go to the police station for procedures such as photography and aptitude tests, but waiting time will be gone … it’s too good!

My eyes are shining involuntarily. lol

I hope it’s not affected by the four consecutive holidays …

It seems that reservations for Christmas cakes have already started one after another! 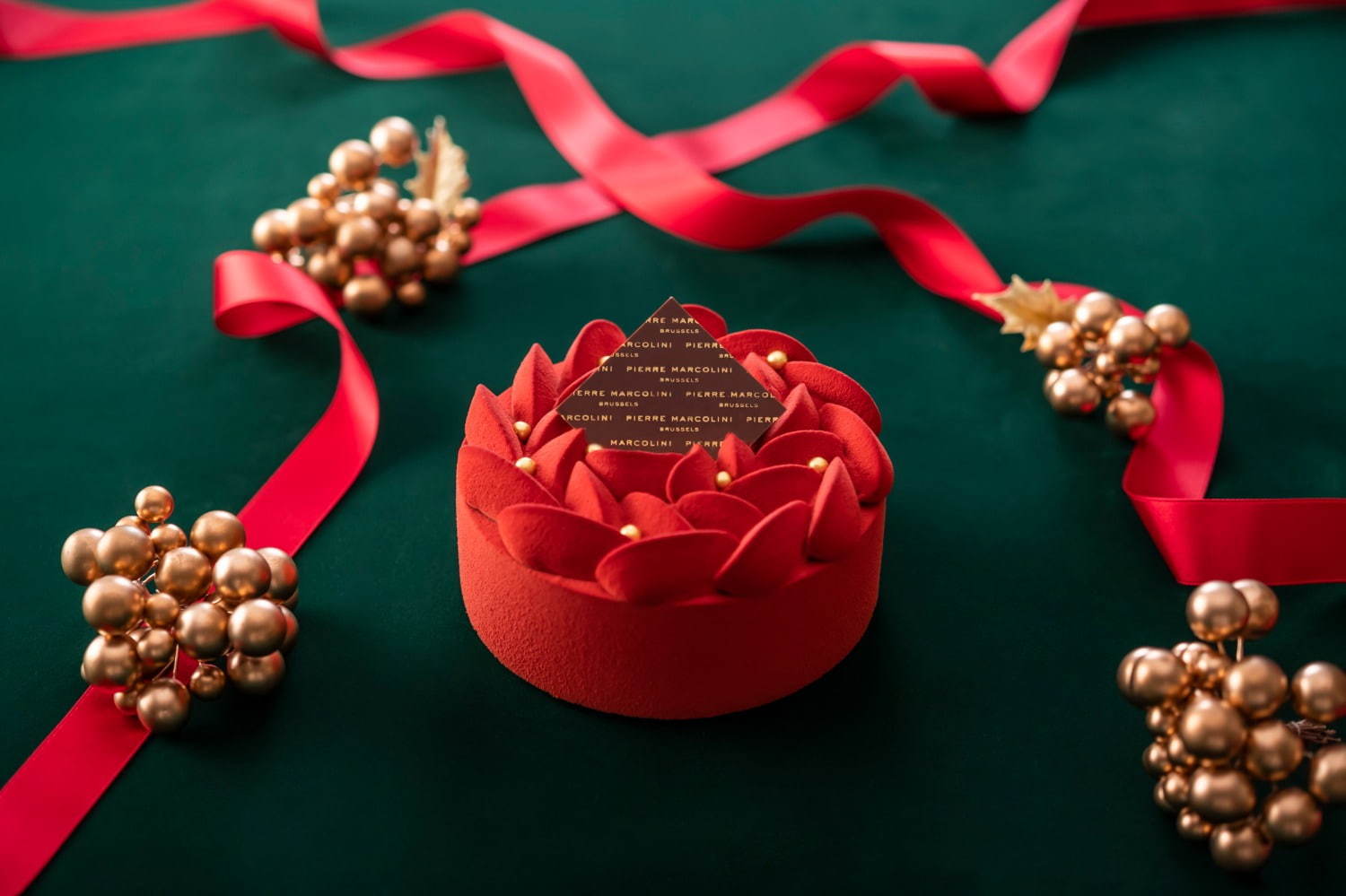 Anyway, what will happen to this Christmas with the new coronavirus (COVID-19)?