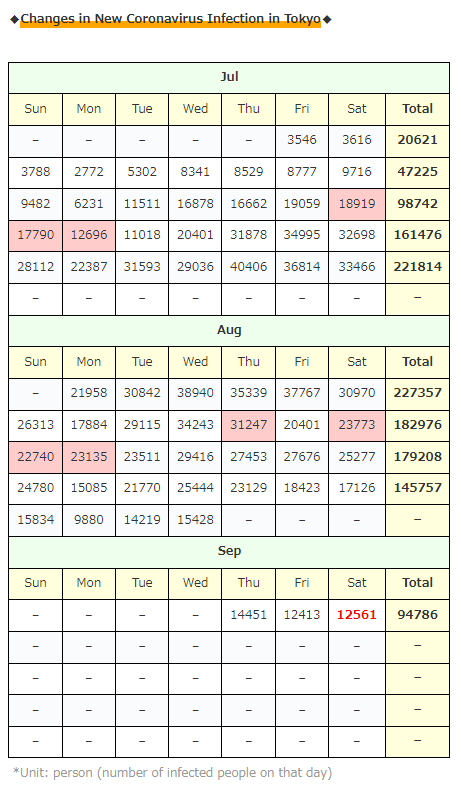 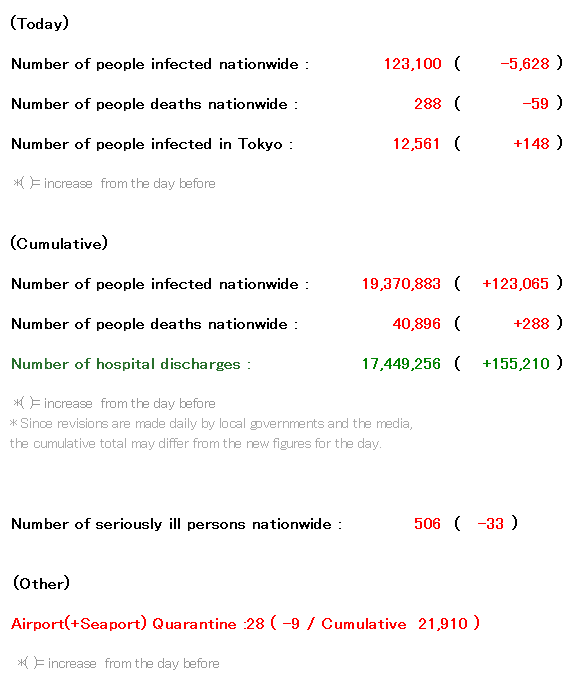 The number of infected people in Tokyo is…
That number dropped by a third in a week! 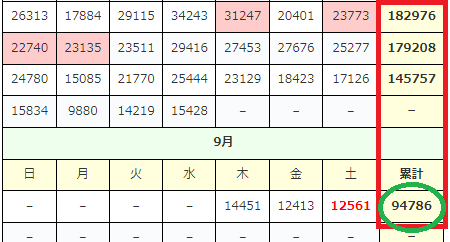 The same flow as usual without measures…
After all, there was no meaning in the measures taken by the government …! (disappointed) 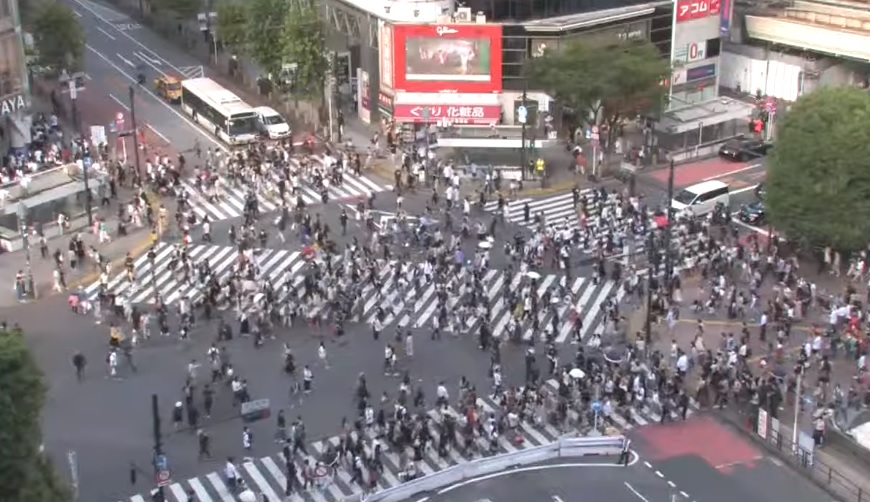 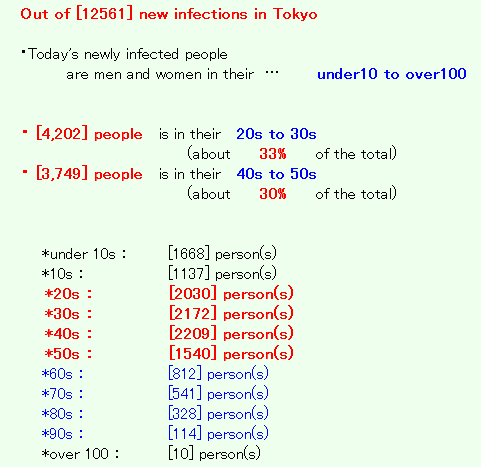 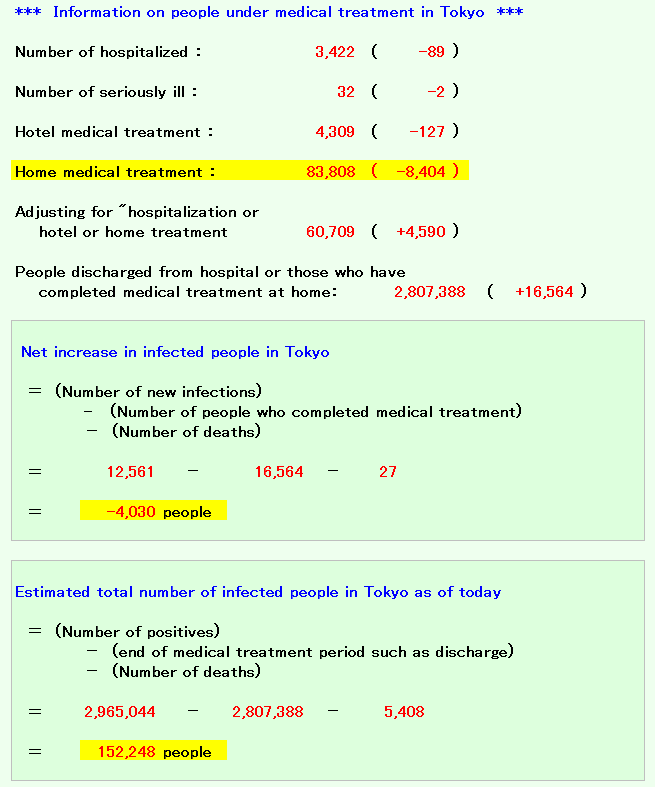 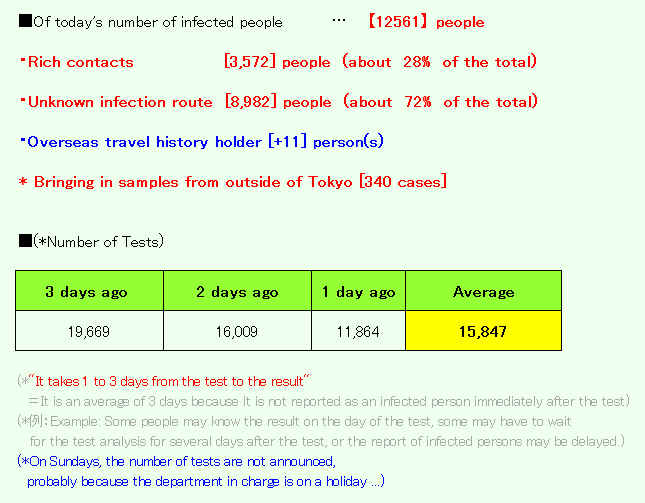 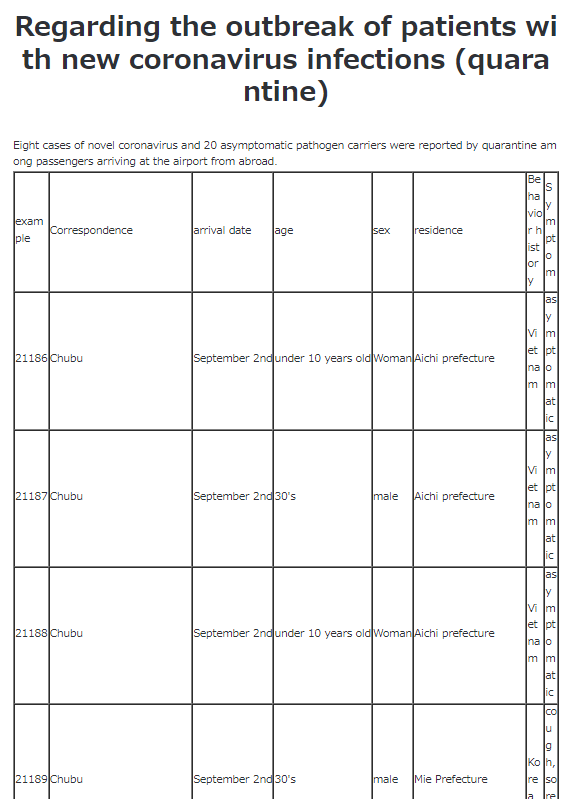 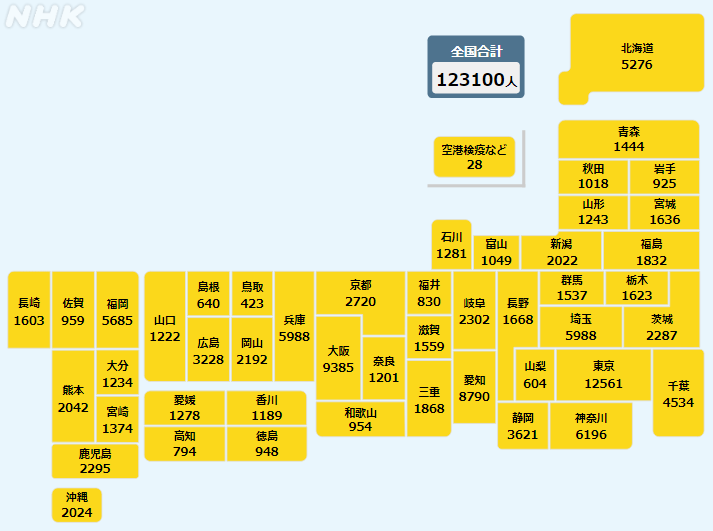 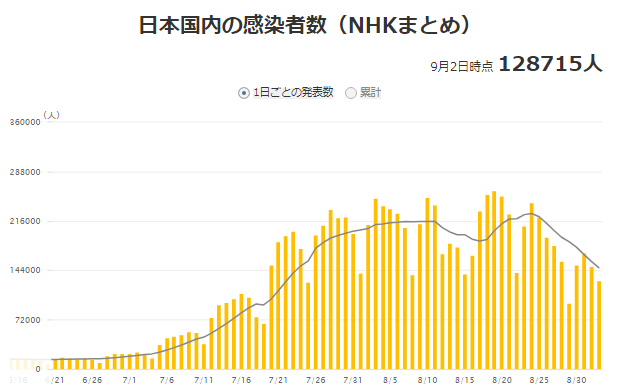 The number of new infections per day is steadily decreasing in Tokyo as well as in Japan as a whole, but the number of tests is also decreasing.↓

(*Compiled based on information as of the end of August)

(Number of infected people in Tokyo) 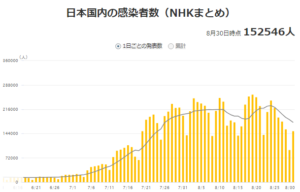 (Number of tests in Tokyo) 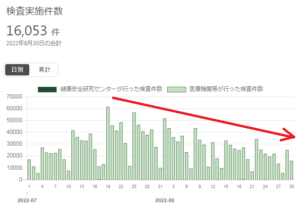 ↑Actually, it seems that the number of tests has been decreasing since the latter half of July…

…Then what is the positive rate now … ↓ 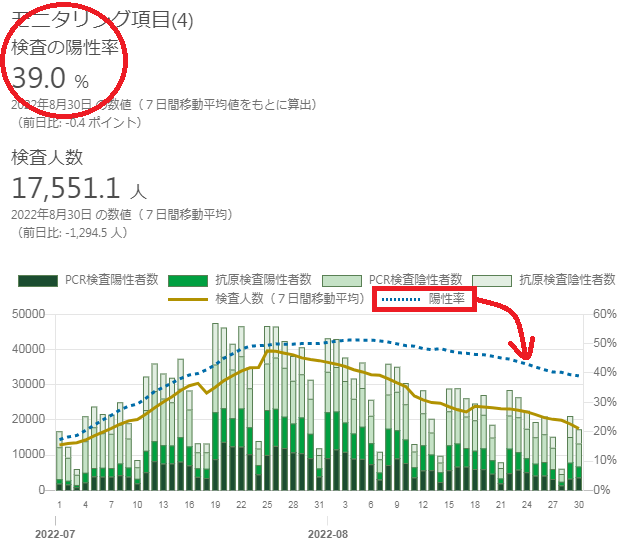 As usual, government scholars are saying,

“Since summer vacation is over and school starts, the number of infected people may increase,” but… how many years will the same thing repeat?

“Are you going to relax the limit on the number of people entering the country?”

“Border measures should be considered considering how many viruses will be brought in from overseas.”

“But now Japan itself has the worst number of infected people in the world.”

“The Japanese government says that the home care period will be 10 to 7 days, but there is evidence that 7 days is not enough, right?”

This year, the Japanese government has not taken any measures against the new coronavirus, so many events and festivals are being held for the first time in three years.

It seems that the dance performance “Gion Odori” by maiko and geiko, which colors Kyoto’s autumn, will be held from November 1st to November 10th for the first time in three years! 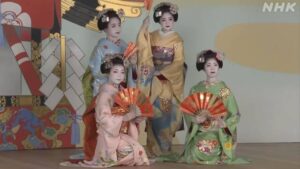 After summer, the infection will settle down until around the 3 consecutive holidays in the latter half of November every year, so it would be nice to stay calm during that time!

… I mean … even after 3 years, the trend of infection is “as usual”, how much infectious disease countermeasures have not been done … (despair)