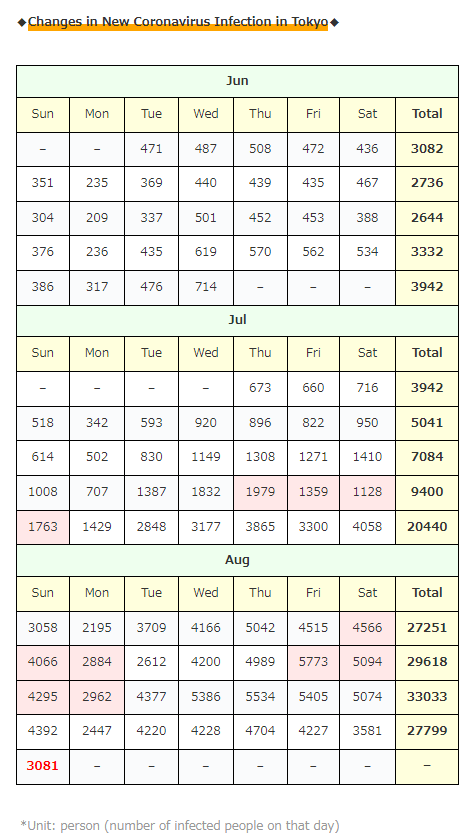 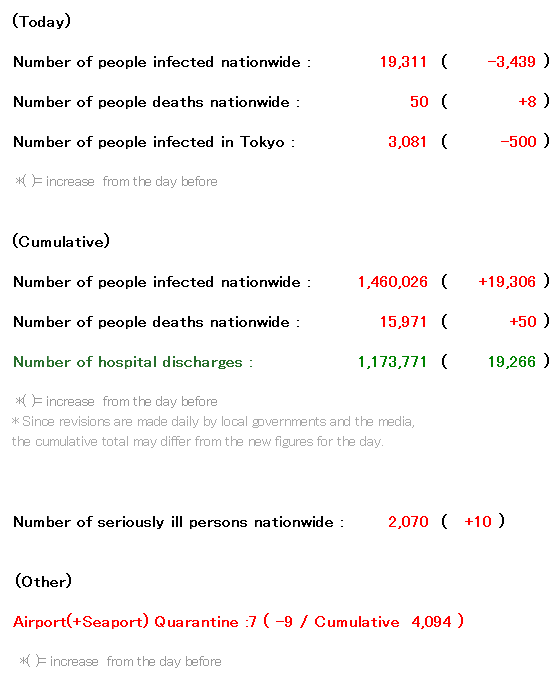 The number of infected people in Tokyo … There will be fewer days than the previous week!

… However, there is still the possibility that “it just returned before the two consecutive weeks of consecutive holidays that exploded the number of infected people”, so I can’t say anything without looking at the numbers for this week’s week …! 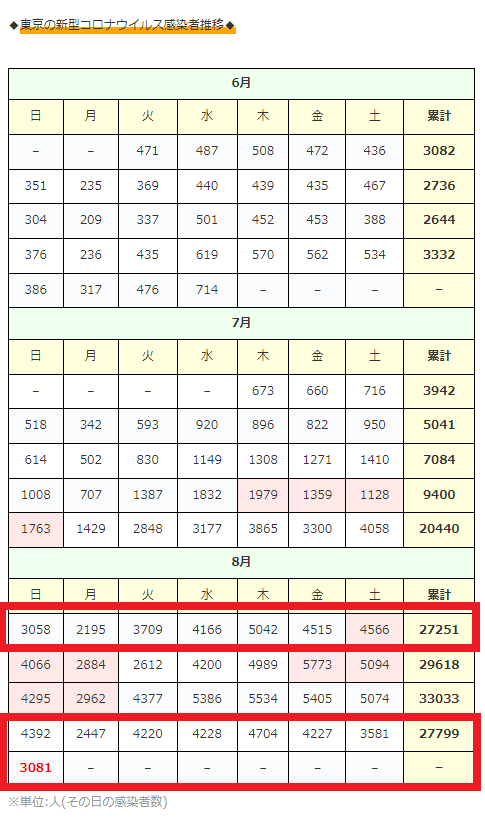 However, I hope that it will be reduced to around “before the four consecutive holidays in the latter half of July”, but still … a little less than 2000 people … 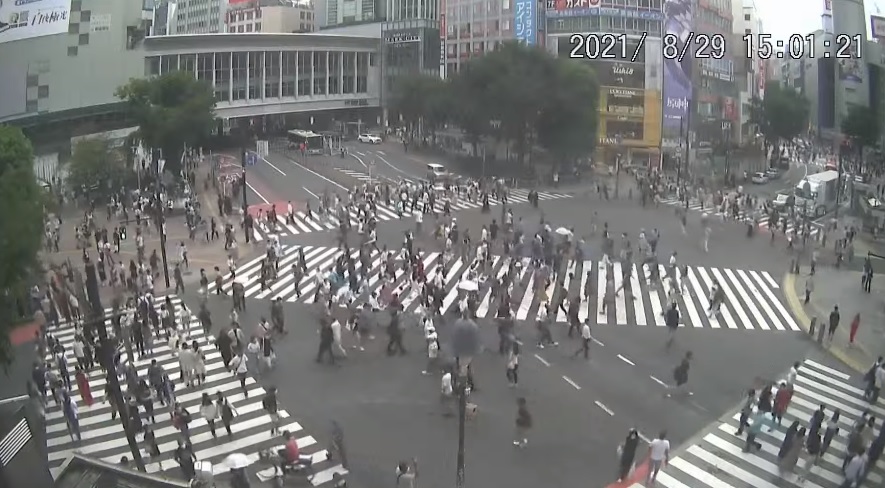 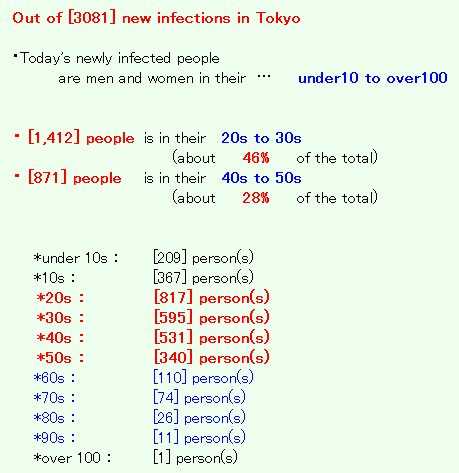 ・”Of the 14 people who died, one man in his 40s and two men in his 50s were found dead at home, and subsequent tests revealed that he was infected with the new coronavirus.”… 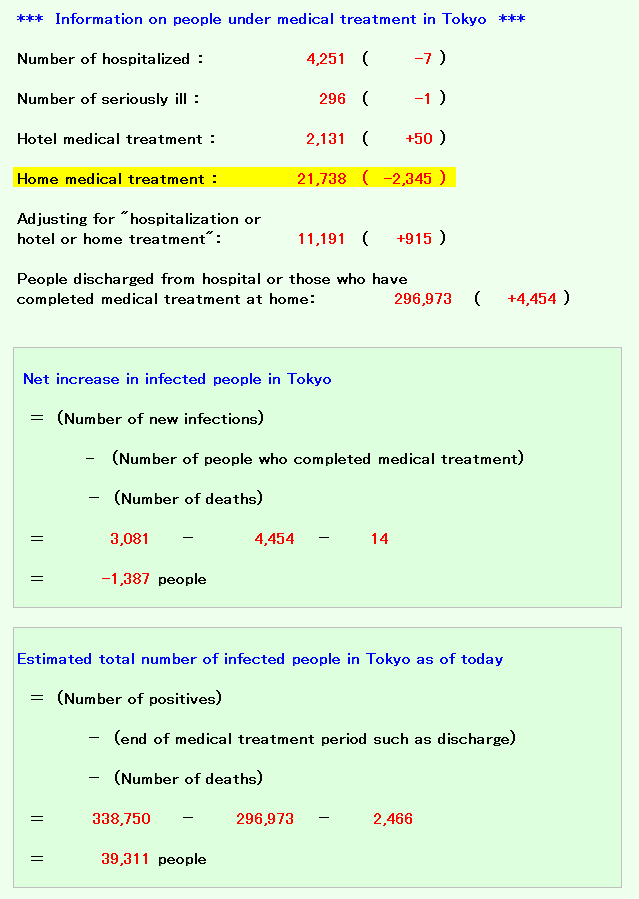 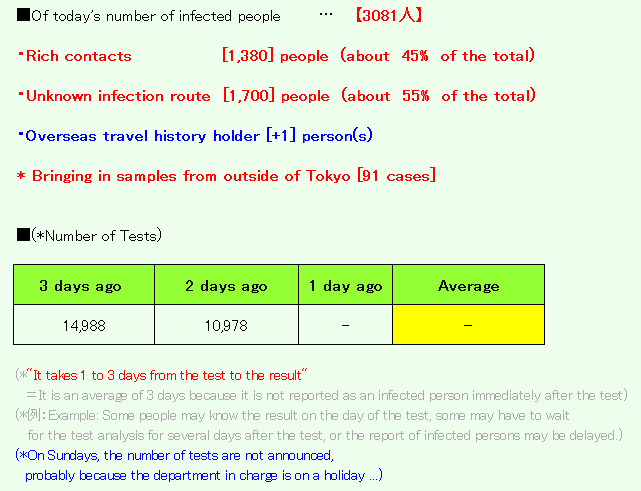 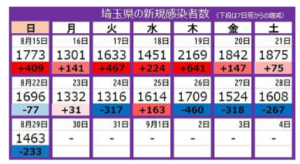 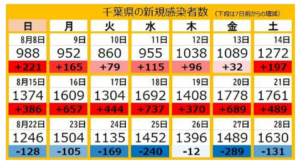 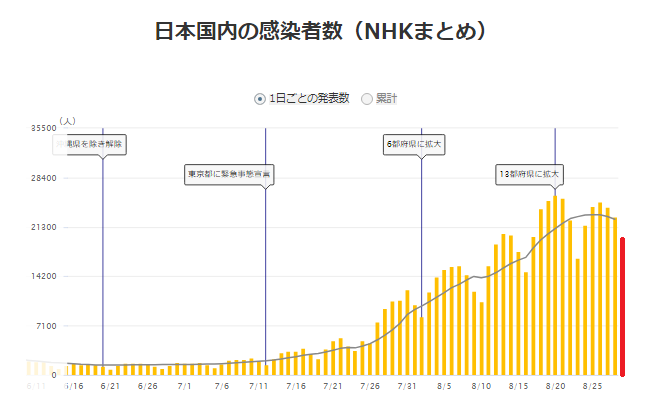 The infection situation in Japan remains terrible even after the Obon, but

There is a man in his 80s who says “I want to vaccinate for the 5th time as soon as possible” after illegally vaccination 4 times using the medical worker quota + elderly quota, and

at this time, there are groups that hold outdoor festivals that say ” (highly effective in preventing infection) non-woven mask NG” and “alcohol is OK” …,
(It seems that it was held last year as well)

It seems that the Japanese people are still free to act…

Also, yesterday I introduced the “long line at the large-scale vaccination site for young people in Shibuya”, but

↑ Even young people, whose infection rate is much higher than other generations, are so worried about infection that many people want to get vaccinated …!

With such “vaccination”, it seems that the overwhelming majority of people now trust in safety and efficacy!

(Although I think it’s still low, though …)

Also, in the same questionnaire, only 7% of the respondents answered that “the infection has gradually calmed down and can be dealt with” …

So, it means that 93% of people think that it’s a terrible infection, but the city is full of people …! 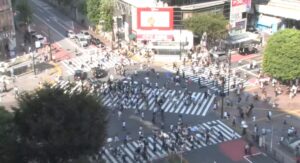 By the way, it seems that 1002 people have died after vaccination.

Regarding “death after vaccination”, it is reported that two people have died in “Metal fragments mixed in the modelna vaccine container”, which is currently a big problem.

It seems that two people in their thirties have died in the “vaccine produced on the same production line, which is different from the lot where metal pieces were confirmed to be mixed”.

Regarding this, Takeda Pharmaceutical Company, which undertakes distribution from Moderna, said in an article, “Currently, the investigation by Moderna is ongoing, and as soon as the results are known, both companies will endeavor to disclose information promptly,” but ↓

In fact, it seems that Takeda Pharmaceutical Company did not report to the Ministry of Health, Labor and Welfare until August 25, even though it was aware of “foreign matter contamination” on August 16.

The company seems to make an excuse for that, “We didn’t know if it would affect my health” …

For that reason, it seems that many people have been vaccinated with the vaccine, which has been a problem since August 16th, so I hope that the two people in their thirties who died will be able to quickly clarify whether the cause is “foreign matter contamination” …

And today’s last topic is a completely different atmosphere, but …

The other day, the Liberal Democratic Party, the ruling party of the Japanese government, met with two members of the ruling party in Taiwan and talked about the restraint on China, which is trying to expand its sphere of influence! 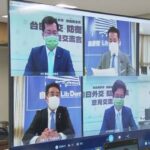 However,I was the only one who thought, “If you have a chance to talk with a Taiwanese politician, learn about Taiwan’s infection control!” ?! Am I the only one? !! 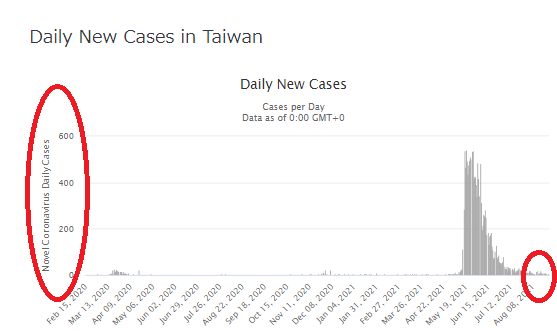 As for the recent infection situation in Japan, the “child infection rate” is increasing … we’re worried about the beginning of the new semester, but…

It seems that the Oita Prefectural Board of Education has begun an initiative to transport high school students who go to school by train by bus! 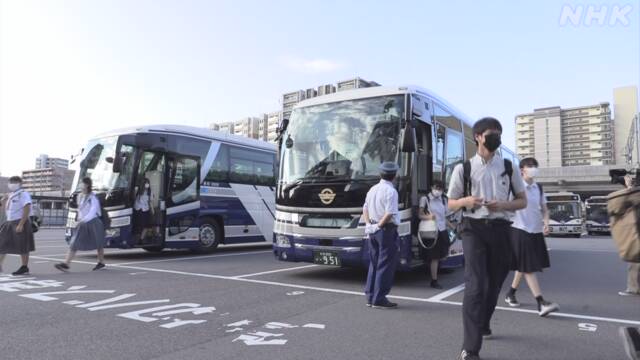 ↑I think that Tokyo, where the number of children infected every day is about 500 to 1000, should emulate Oita and take such measures …

However, since the infection of children has already spread considerably in Tokyo, even if they can avoid a crowded train, there may be clusters in the bus, so it is a difficult place …

After all, “everyone’s daily PCR test before going to school or going to work” is ideal…!