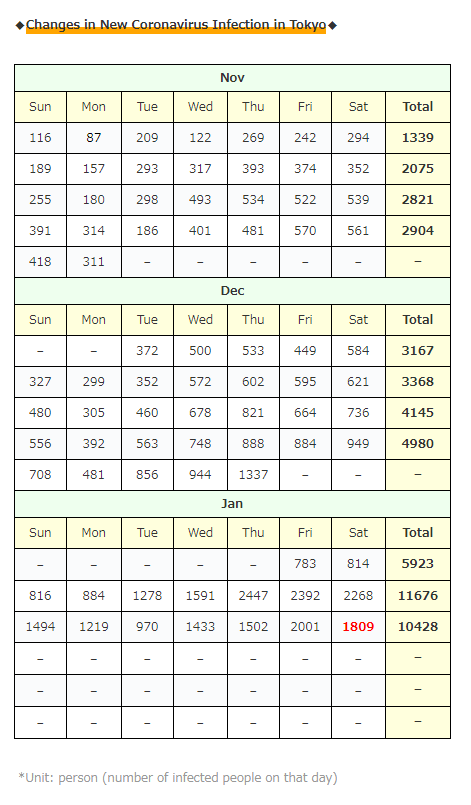 I can’t say anything about the number of newly infected people in Tokyo because of the consecutive holidays, but the latter half of this week has been much less than last week.

I hope that it’s the effect of the state of emergency…!

Is it finally weekday days from next week?

If the number of infected people is decreasing for the next week, there is no doubt that it is on a downward trend…

However, the state of the city looks like this ↓ 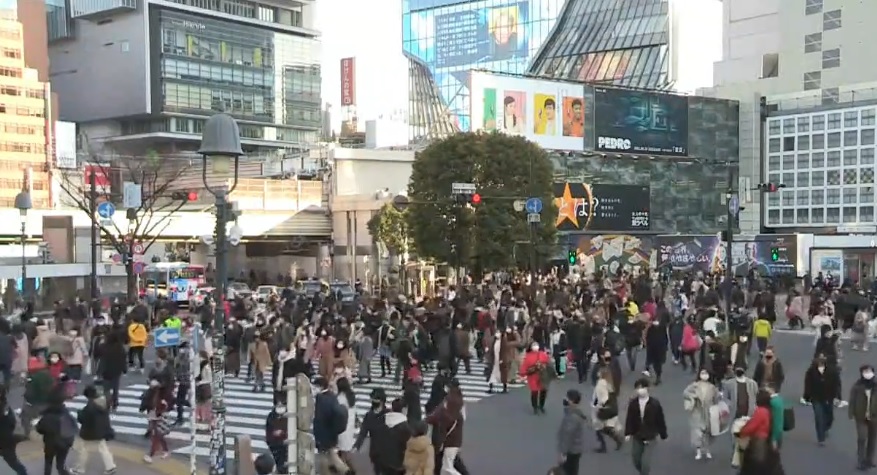 And since today is Saturday, I calculated the total number of newly infected people in Tokyo for one week using my usual calendar … 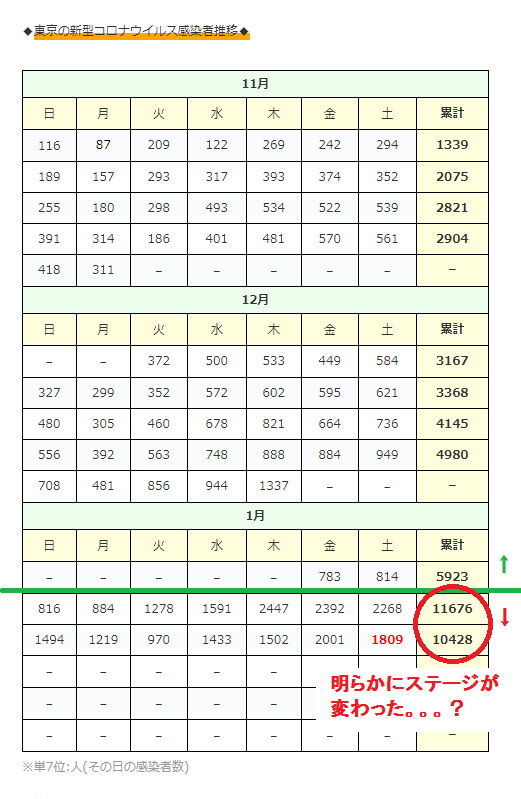 (*”Clearly the stage has changed, right?”)

・Infection at a dinner with friends and acquaintances [43] people

・Infection in the facility [127] people

* Infection in the facility [127] people

* It is said that there are multiple clusters of medical institutions and facilities for the elderly whose names have not been announced.

(・Medical institutions or facilities for the elderly in the prefecture ①)

(・Medical institutions or facilities for the elderly in the prefecture ②)

・Welfare facilities for the elderly in the prefecture

*Among the infected people counted today, there are [15] cluster relationships, including the above.. (Other than the above, add 5 or less each) 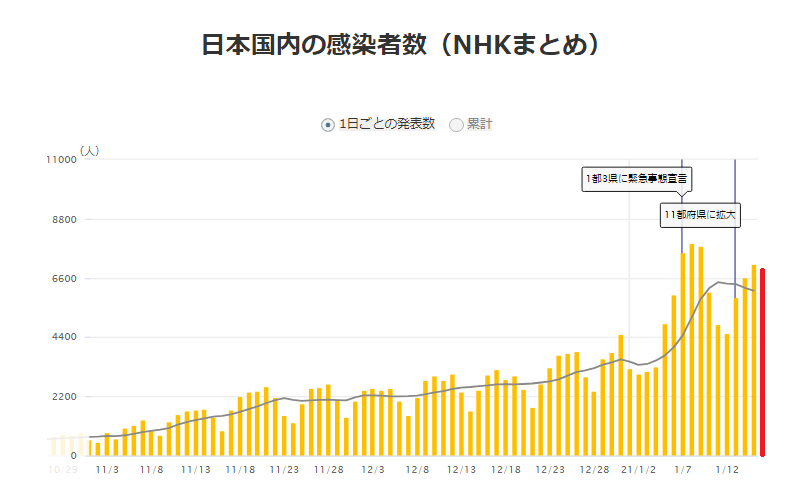 Today I will briefly introduce the data first!

It has been a week since the state of emergency was reissued on January 7 in 1 metropolitan area and 3 prefectures (Tokyo, Saitama, Kanagawa, Chiba),

It seems that the number of people in the city on January 7th, the day of the reissued, and January 14th, a week later, has changed like this! 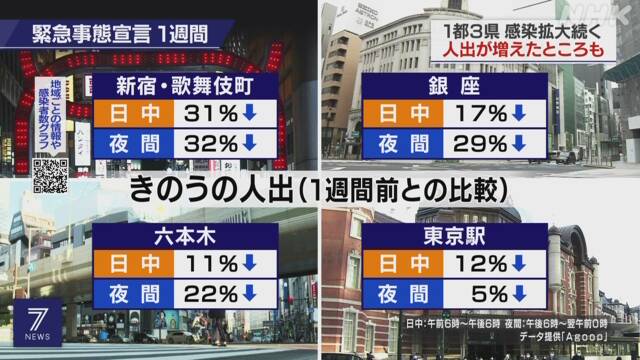 (Not as expected, but)

It has decreased even a little! 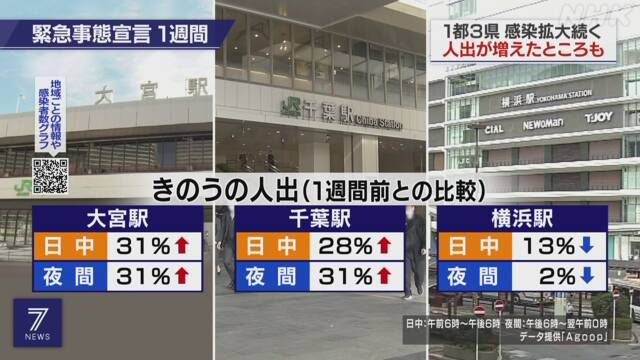 (*from left side: Omiya, Chiba, Yokohama) 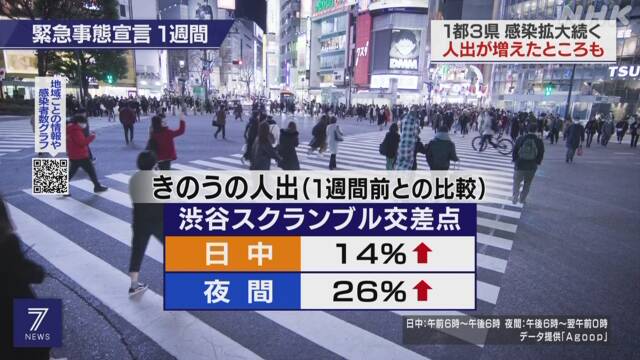 By the way, the number of people in the city on January 14th seems to be about 1.5 to 2 times that of the state of emergency declared in April last year …!

And regarding “infection spread” …

There was data on “effective reproduction number”!

By the way, “collective immunity” is a method of setting

“How many new infections one infected person

(↑ The point is that if 10 infected people infect only 9 people,

the number of new infected people will decrease by 1 person,

who will be infected with the virus.

Well, it sounds difficult in terms of words, but the point is as follows.

“1 or more → The infection is still spreading!”

“1 or less → The number of infected people is decreasing.”

And the situation in each place …

(Please pay attention to “whether it is 1 or more”!) 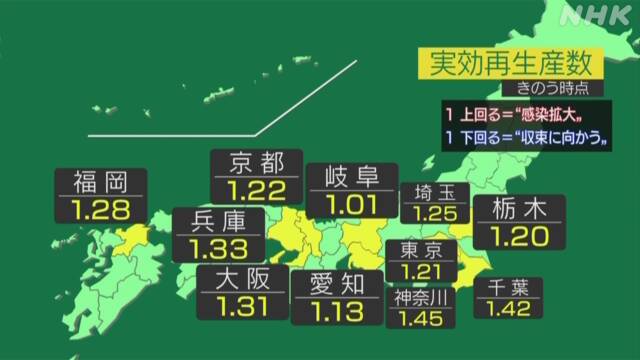 (*Effective reproduction number in each region) 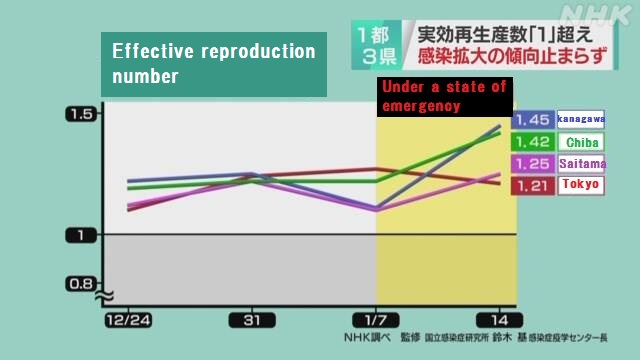 Infection is spreading steadily in every area …!

We can’t let our guard down …!

And there are such data …!

It’s an indicator that the government subcommittee is concerned about as of January 14th!

I did my best and summarized it in the table!

The “number of recuperators” has reached a level that is far from stage 4 …!

If the stage goes up every 10 people …

Because of this situation,

the number of home care recipients nationwide seems to exceed 30,000 …!

if an area not included in the state of emergency is approaching “Stage 4”, it seems that it will take the same measures as the area subject to the declaration.

They say “To avoid the issuance of a state of emergency” …, but…

“No, if the same measures were taken, what would be the difference from adding them to the area subject to the state of emergency …?”

And with the reissue of the state of emergency,

The government does not give a cooperation fee of 60,000 yen a day to major companies about requesting shorten business hour.

Companies are also difficult situation, but considering the possibility that the people who worked there will lose their jobs …

Well, the situation is still not good. ..

Let’s all work together to refrain from going out and get out of this “COVID-19” quickly!

Well, there was also such news!

Moreover, it says, “The drinking party lasts for multiple days,” so …

For them, “What is self-restraint?”

I hope it doesn’t happen …!