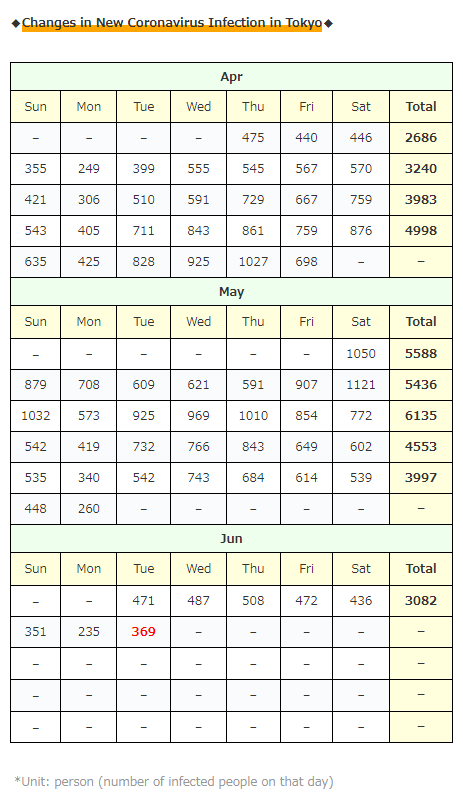 It seems that the number of new infections in Tokyo has dropped significantly today compared to the same day of last week! 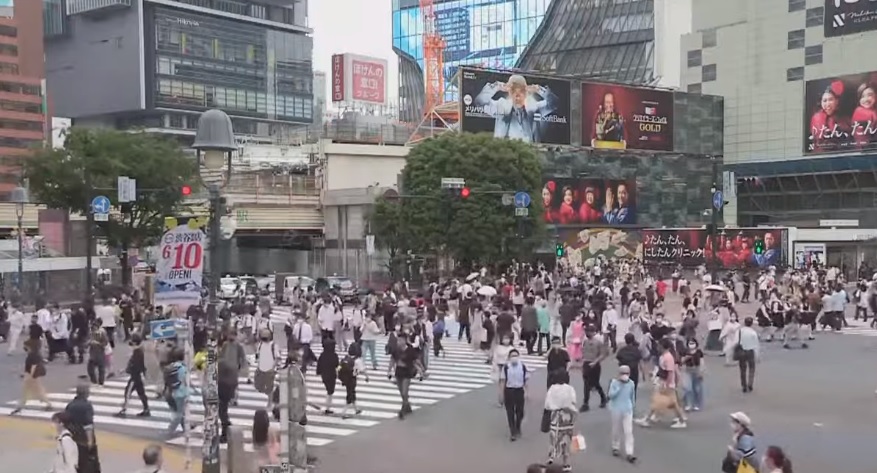 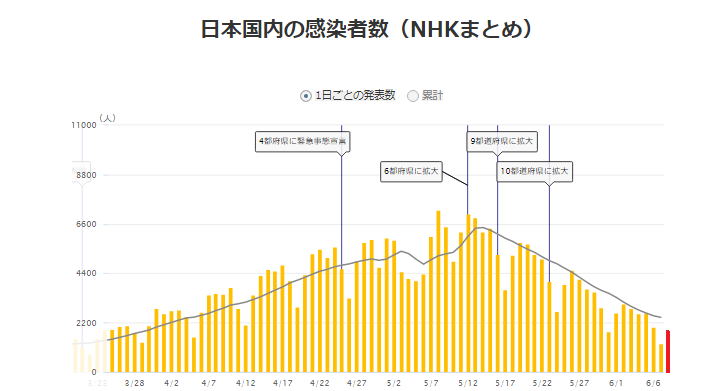 It is a “vaccine certificate” (Vaccine passport) that proves that you have finished vaccination, but the government seems to issue it this summer as well!

It seems that it may be necessary when entering or leaving the country overseas, but it would be nice if the other party could feel at ease!

By the way, the current world vaccination situation looks like this …! 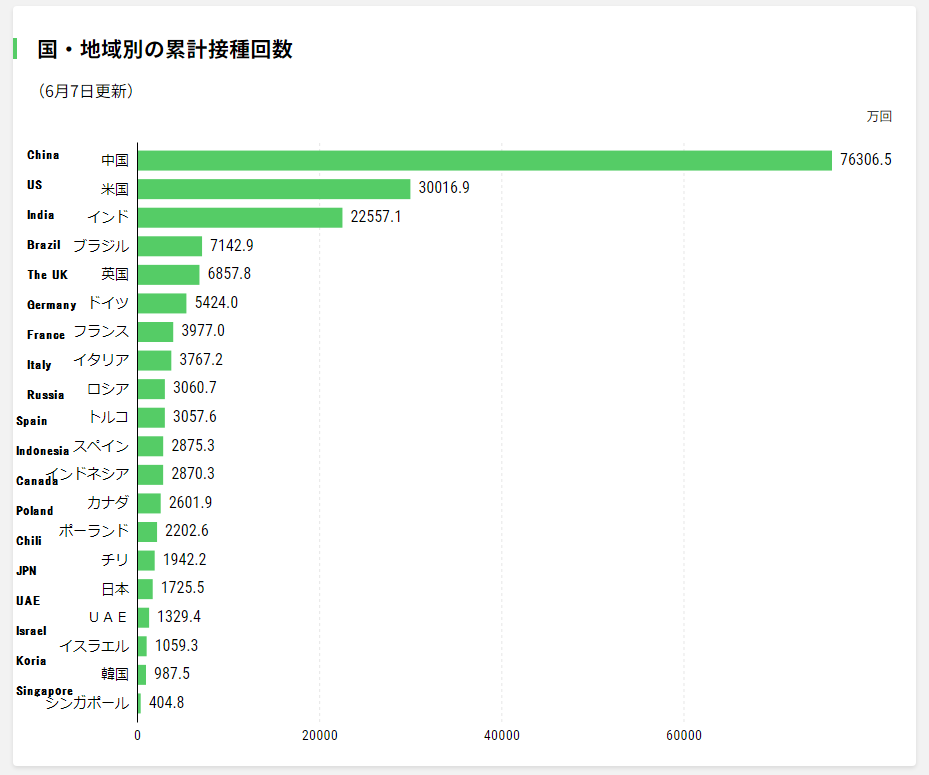 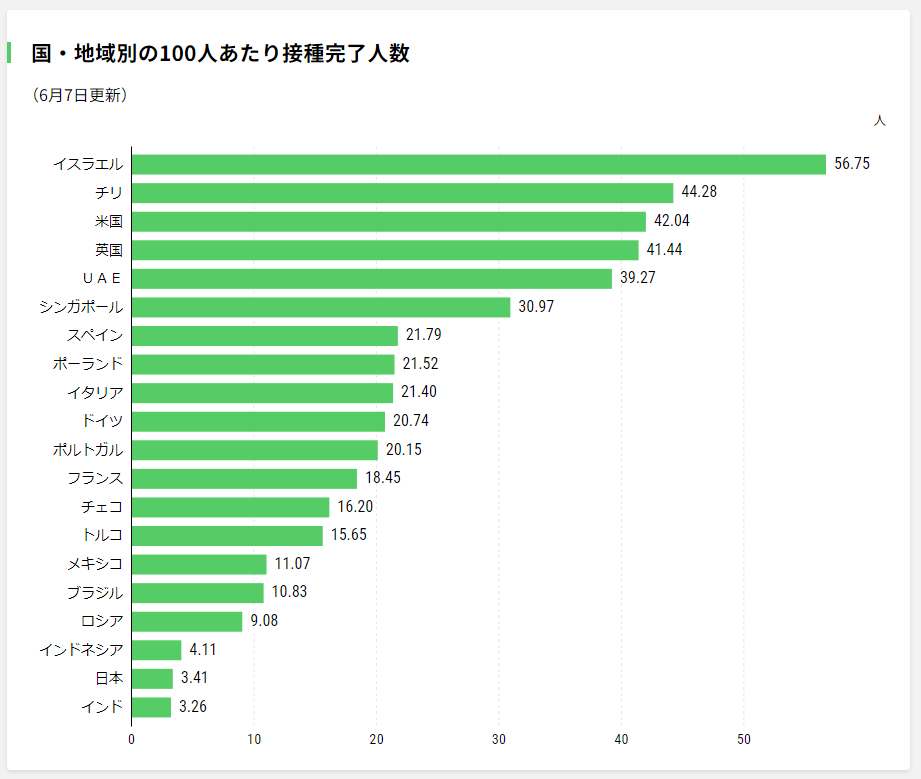 ↑↑ There are still few numbers in Japan …

Currently, the domestic state is “vaccination for the elderly”, but it seems that the percentage of people aged 65 and over who have completed the first vaccination is 21% nationwide …!

(Vaccination status of elderly people in each prefecture)

Also at large-scale vaccination venues in Tokyo and Osaka …

It seems that 170,000 people were vaccinated in two weeks in total at the two venues!

If the pace doesn’t go up a little more, it will take hundreds of days for everyone to finish vaccination at these two venues alone …!

Finally, after Taiwan, where the infection suddenly spread in mid-May ...

But … When I check the infection situation in Taiwan … ↓ 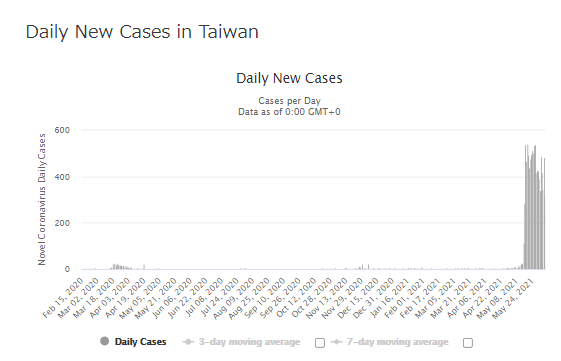 The infection is suddenly exploding, not gradually …!

However, the great thing about Taiwan is that “the peak has passed at the very beginning” …

Normally it should be a “mountain shape (triangle)” …

However, some data that is a little worrisome … 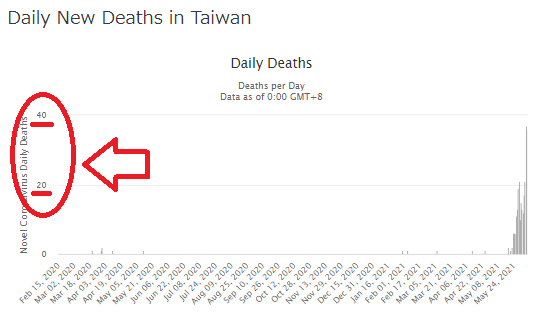 But first of all, we have to improve Japan.

Speaking of which, regarding the Olympics …

Musashino City, Tokyo has submitted a request to the government to cancel events such as public viewing planned at Inokashira Park …!

Governor Koike of Tokyo said, “I will confirm it later”, but…

In this infection situation, it is no longer possible to think of public viewing or gathering at an izakaya to support them, right?

Musashino City is a nice decision!

It will be held about a month later …!