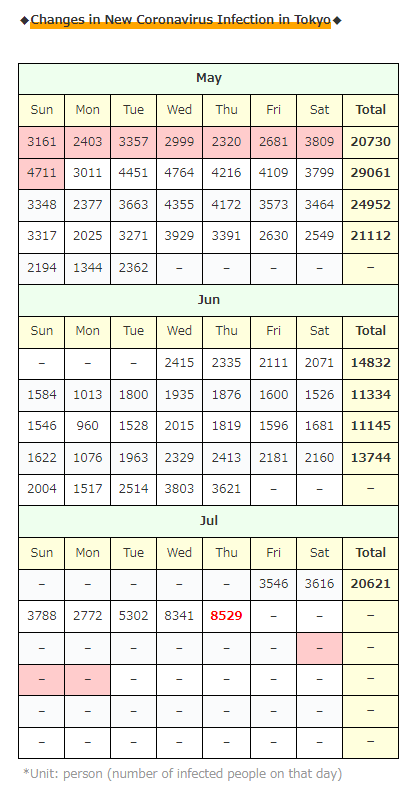 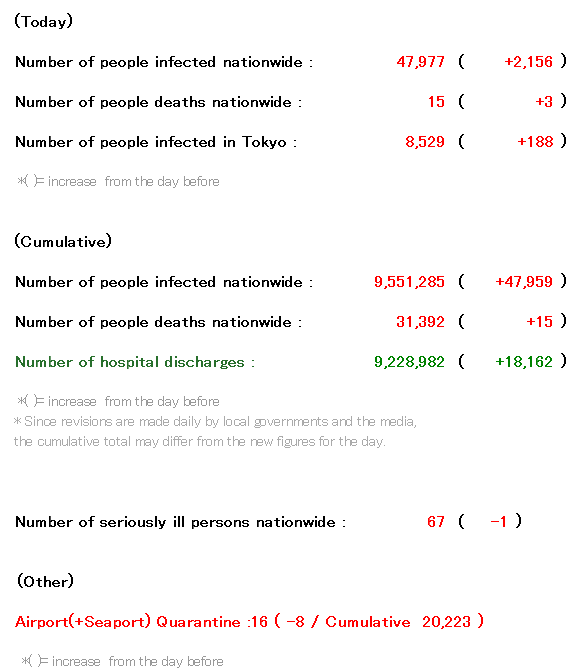 The number of infected people in Tokyo is ..
The numbers are more than doubled compared to the previous week for three consecutive days …

Oh … Infection explosion is too early for more than 2 weeks than expected ;;; 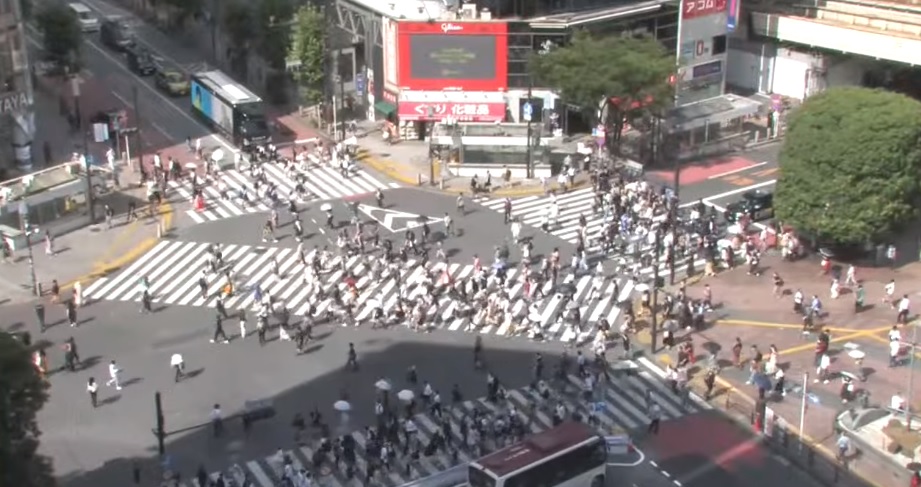 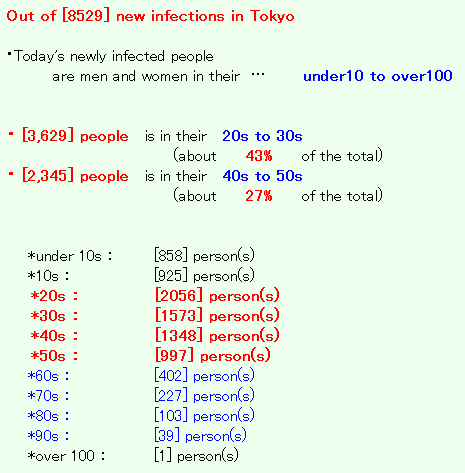 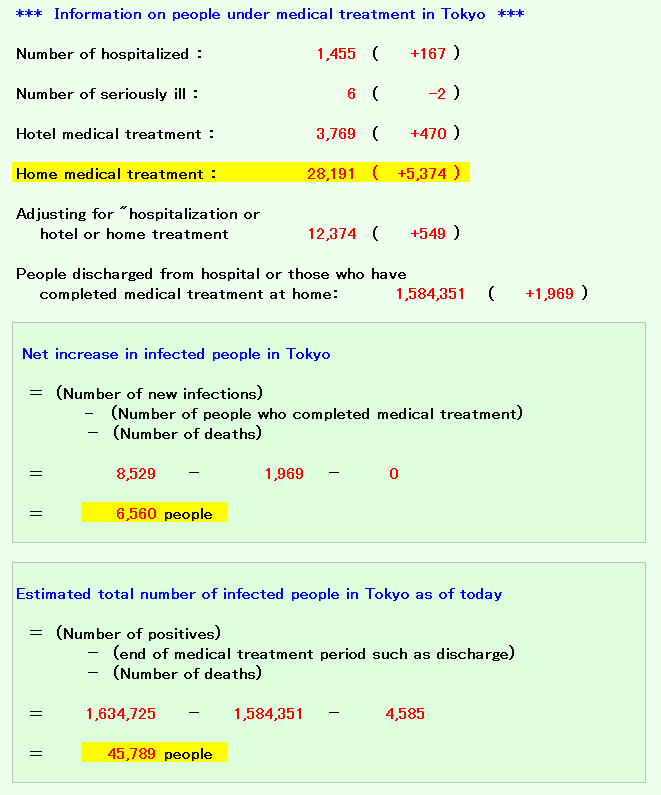 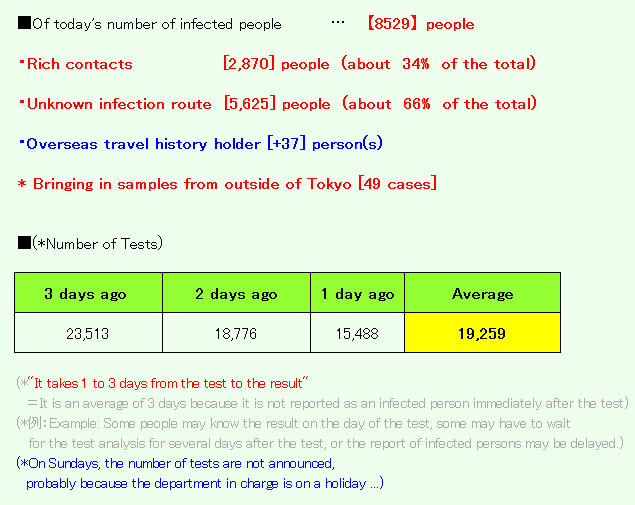 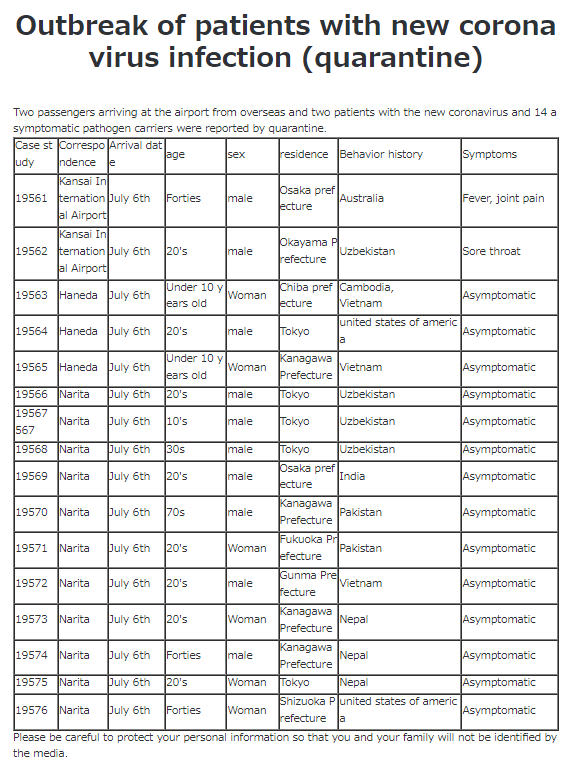 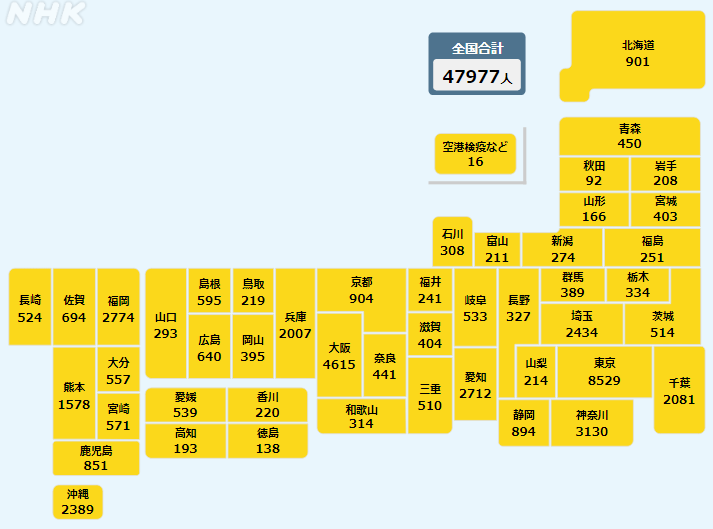 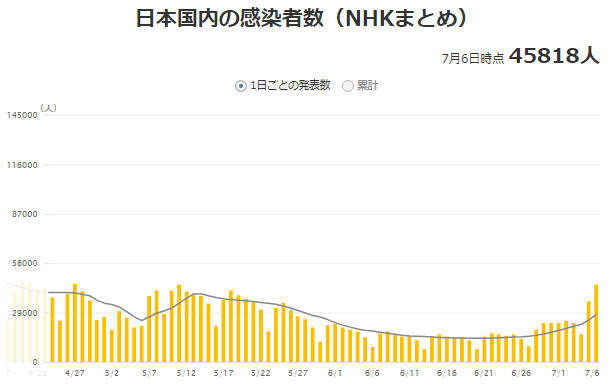 Well, the infection situation in Japan has become like hell … 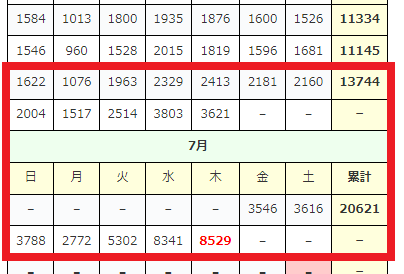 Hmm … No matter who thinks, it is a “promised spread of infection” …

Moreover, this time there was no such event as “year-end and New Year holidays” like January 2022, but it was just the spread of the infection caused by the relaxation of regulations by the Japanese government, so we can’t laugh anymore …!
(*De facto abolition of immigration restrictions on June 1st, resumption of acceptance of foreign tourists on June 10th + travel assistance started by each prefecture, etc.)

By the way, the last three days have more than doubled from the previous week … ↓

In such a situation, the advisory board (expert meeting) of the Ministry of Health, Labor and Welfare makes only such a statement.

Ministry of Health, Labor and Welfare Advisory Board (Expert Meeting)
“The domestic infection situation is thought to have entered the seventh wave.”

Hey … are you stupid?
Anyone can see that …

… In such a situation, All Nippon Airways (ANA) makes only such a statement.

Shinichi Inoue, President of All Nippon Airways (ANA)
“Reservations during the summer vacation have returned to 90% of the time before COVID-19! I did it ☆”

… Well, in such a situation, JTB makes only such a statement.

JTB
“Domestic travel during the summer vacation was about 70 million, recovering to 96.7% of the number before COVID-19!”

Japan’s population is about 126.5 million … 70 million means that more than half of the people are planning a trip this summer …

That’s why the spread of infection doesn’t stop ……………

Well, I’d like you to see the red background frame in July on this calendar ↓ 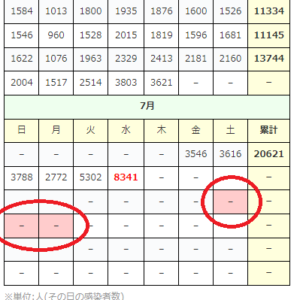 … Honestly, wise people expected that the infection would explode from the three consecutive holidays in July, right?

However, even though we haven’t even reached there, a big explosion of infection has already occurred.

…According to this theory, ridiculous numbers that even the current 8,000 people are just an “introduction” will come out after the end of the three consecutive holidays, but it seems that the Japanese government is not willing to take measures and the people do not want any measures …

Oh, is this a blockade in all directions??