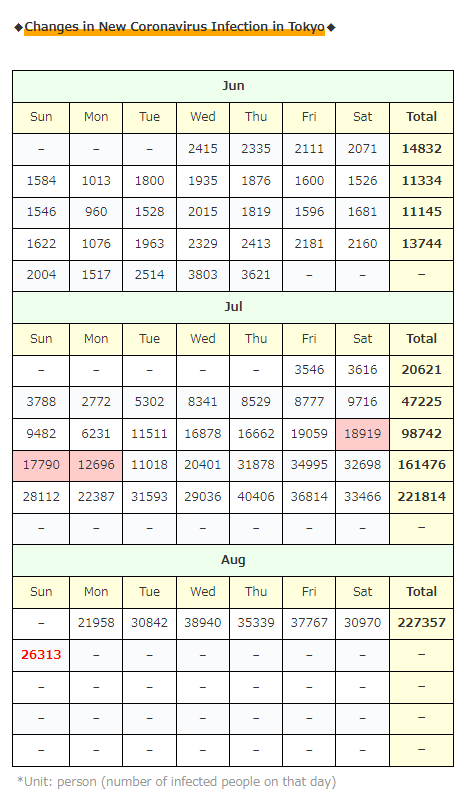 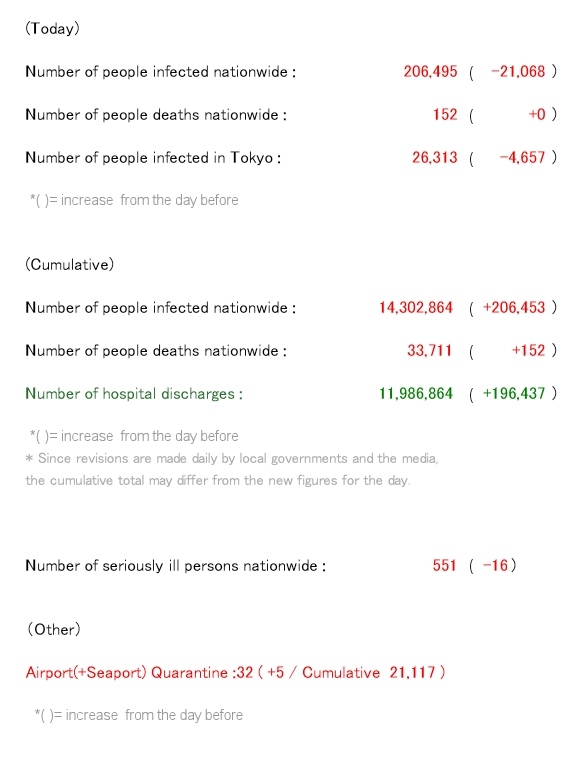 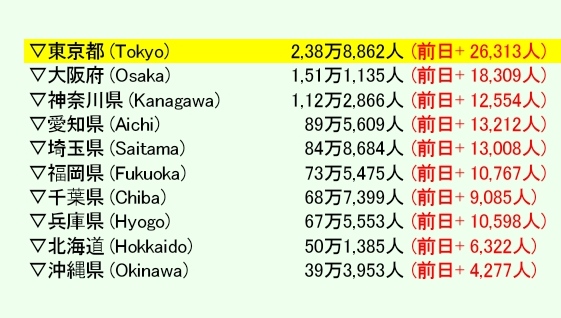 The number of infected people in Tokyo is…
Nearly 10,000 less than last week!

However, (as introduced a little below), a large number of “special suspected patients” (people who are considered to be infected without being tested) have been reported in large numbers, so the test capacity limit may be still at its maximum… 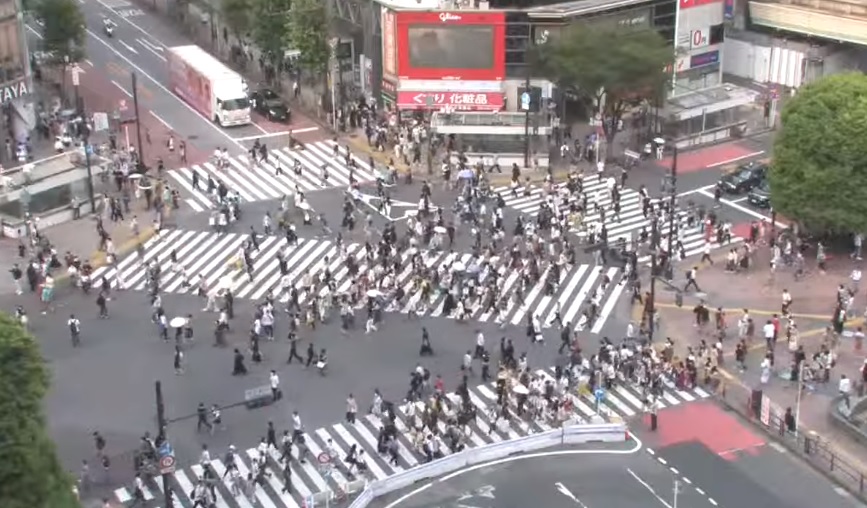 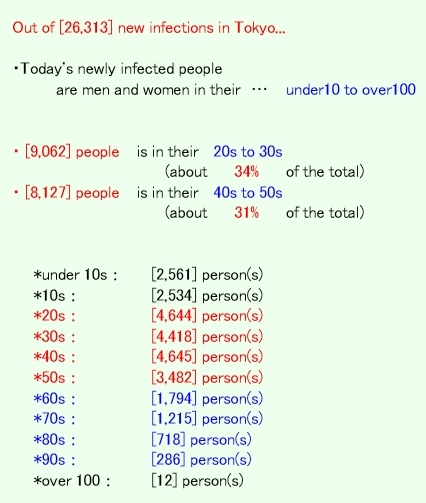 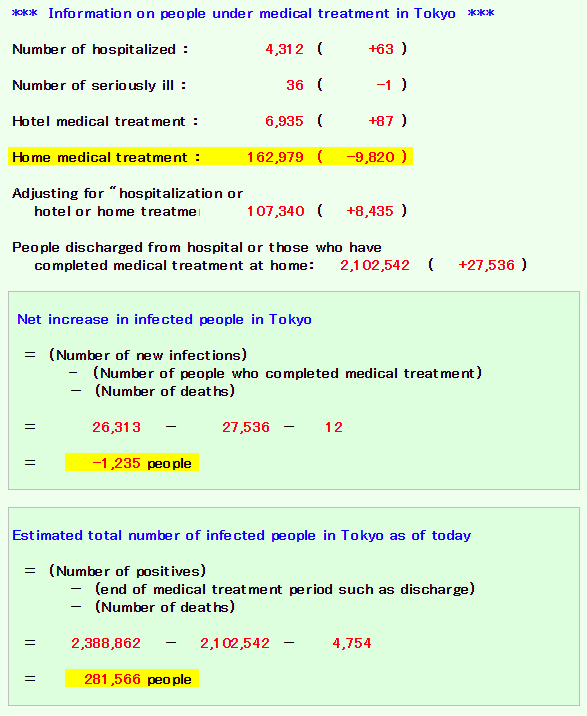 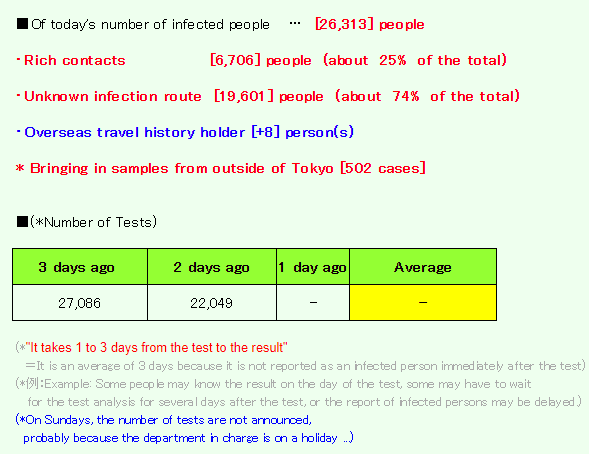 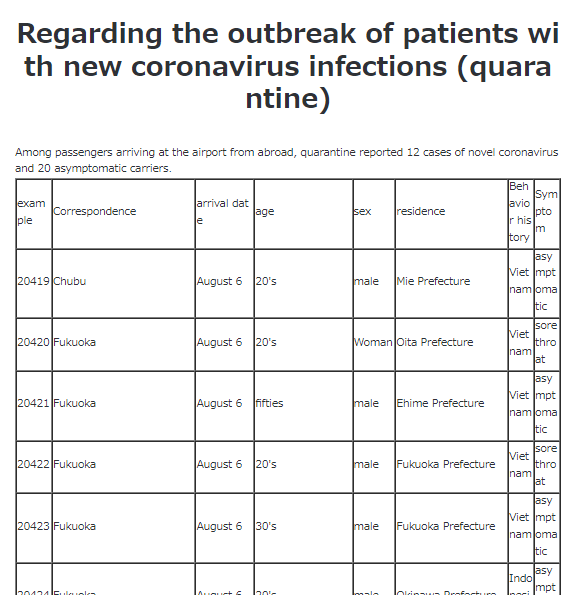 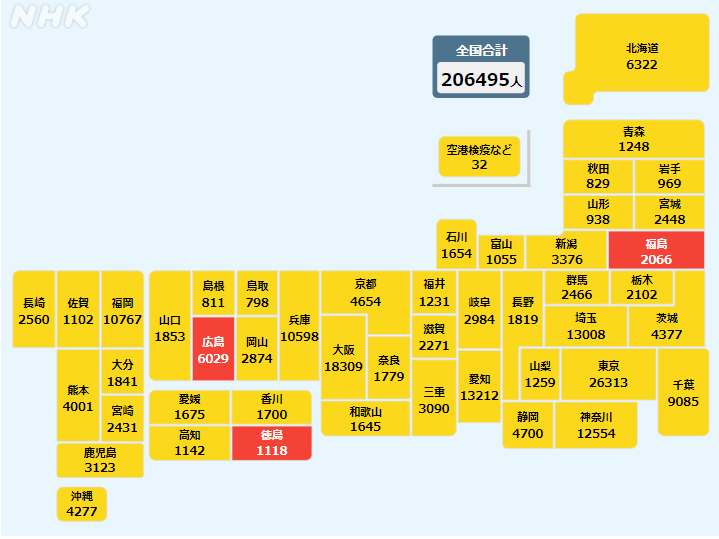 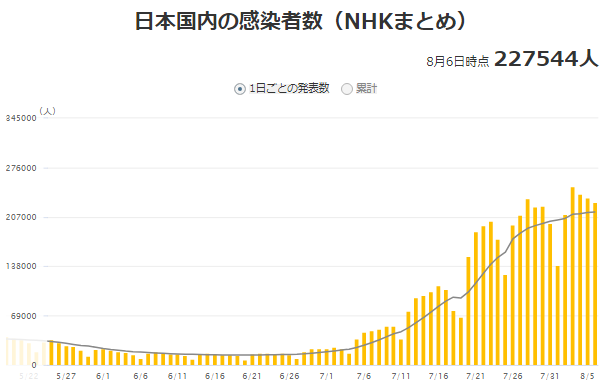 It seems that the number of home medical treatment nationwide is about 1.5 million people.

As of August 3, there are already 1,438,105 people.
However, this is only the number of “patients recuperating at home”, and the actual number of recuperating persons nationwide seems to be 2,145,000 as of August 3.
So, well…it’s like a stupid situation that  “Roughly 1 in 60 people in the country is undergoing medical treatment for COVID-19” 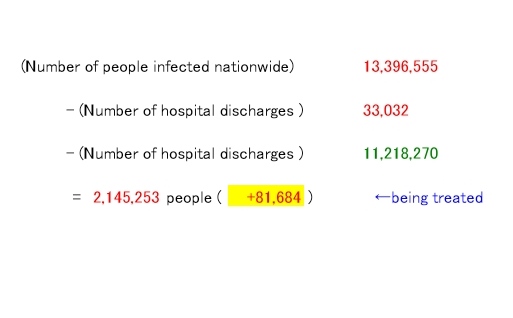 Who made this ridiculous country…

In such a situation, of course, the medical system is collapsing, and people who were saying, “I don’t want to refrain from doing anything!” are getting a little worried, but they thought it was that
“Because there are a lot of numbers to be announced, I’m worried, and the medical institutions have to put out the numbers accurately, so the burden on medical institutions is terrible!”, so now it’s going to be that “Then we don’t have to look at the numbers themselves anymore!”

They are busy monitoring the progress of patients at home and issuing medical certificates, and there are many cases where staff are infected and unable to come to work, so they say, “We are not able to provide sufficient support for people at high risk of becoming seriously ill!”
…It seems that it will be solved just by setting up “full-time staff dedicated to only people with a high risk of becoming seriously ill” …

After all, as far as I can see from this, it seems that the real intention is
not “I won’t be able to grasp the numbers, but I will take good care of my patients!”,
but “I don’t want to summarize the numbers, and I don’t want to take care of the mildly il anymorel!”

I know it’s hard, but in the end, it’s just “postponing the problem without being able to solve it”…
In the meantime, more than 150 to 200 people (including young people) are dying every day nationwide… 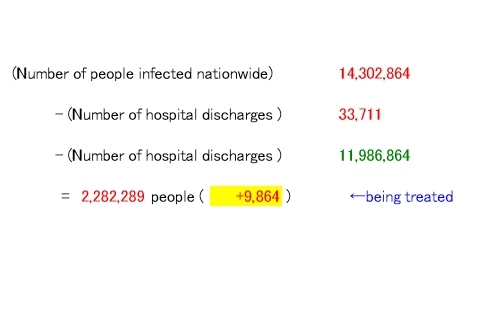 It’s already August, and it’s the summer vacation season and summer festival season, but no matter how bad the infection situation in Japan is, it’s the worst in the world, but in the end, no restrictions have been issued, so this year there are many events that will be held for the first time in three years (since before COVID-19).

It seems that Sendai’s “Sendai Tanabata Festival” will be held on a normal scale for the first time in three years! 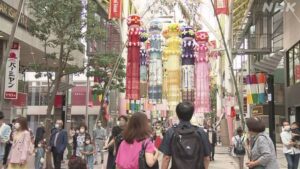 As usual, music festivals are held one after another by inviting overseas artists, but the “Rock in Japan Festival”, the largest outdoor music festival in Japan, is also being held for the first time in three years “taking measures against infectious diseases”! 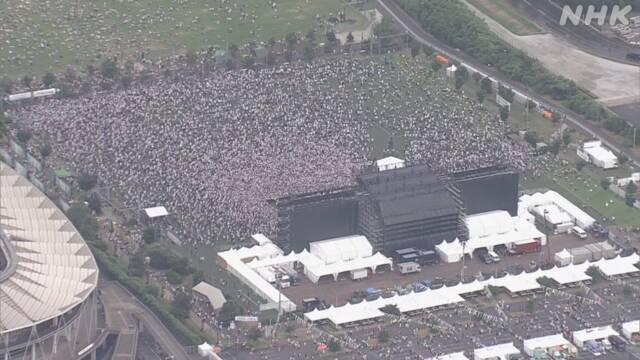 ↑ … well … where are you taking measures against infectious diseases?
It’s a strange image, but… (dry laugh)

It feels like we will continue to sleep with that virus every day, every night for the rest of our lives…
Dispite that “It’s a virus that’s more toxic than the flu, and it’s also far more contagious, and it continues to infect a large number of people year-round.”…