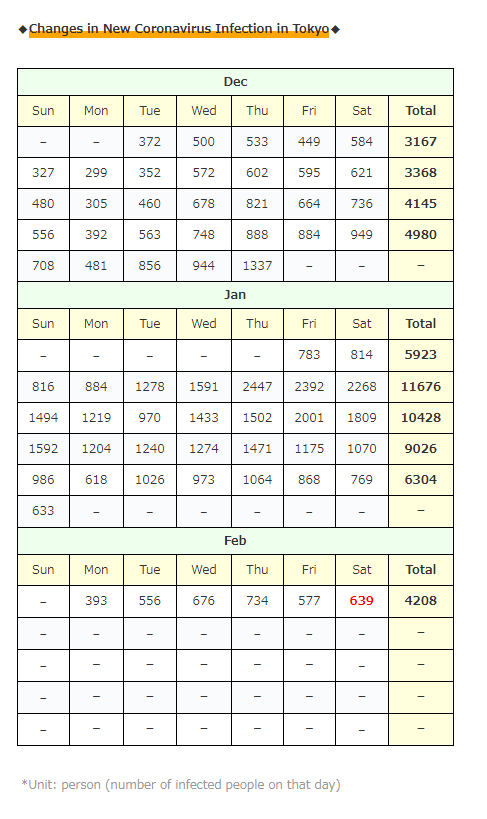 The number of new infections in Tokyo every day has been similar this week since Tuesday.

Did the tendency change?

(Trends so far … From Wednesday or Thursday to Saturday increase)

And today is Saturday, so I calculated the weekly cumulative total of new infections in Tokyo!

The cumulative total has returned to the level before the year-end and New Year infections spread! 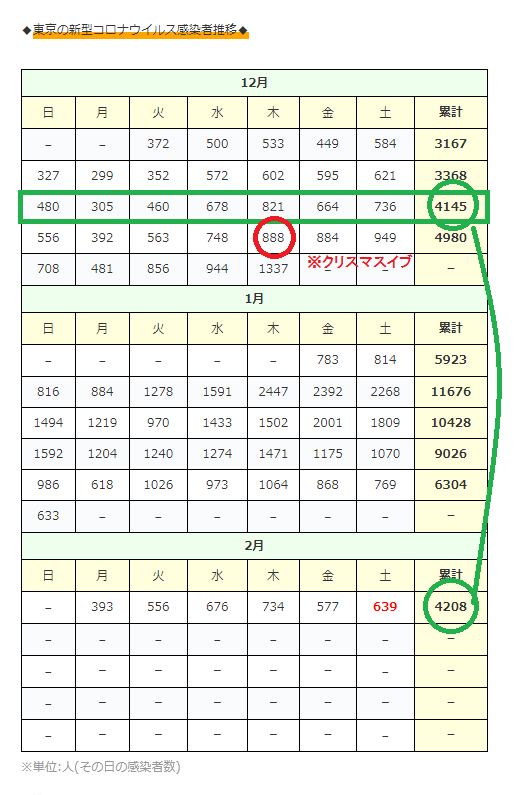 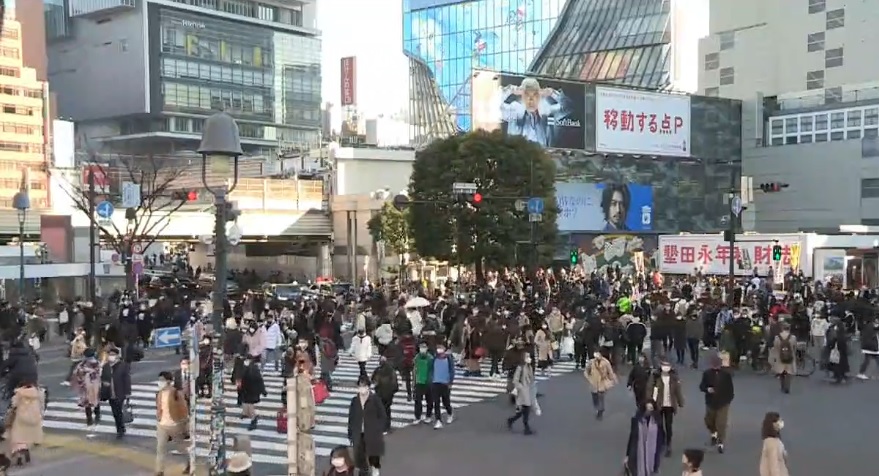 ・Infection in the facility [149] people

*Among the infected people counted today, there are [11] cluster relationships, including the above.. (Other than the above, add 3 or less each) 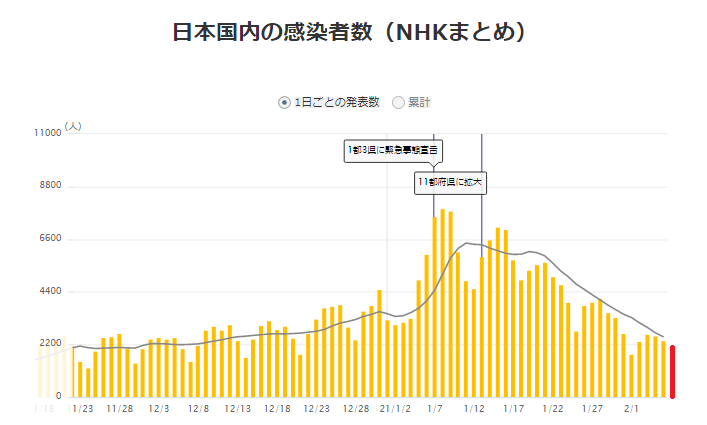 This week, the number of infected people has returned to the same level as before the start of the “New Year’s holiday spread”! 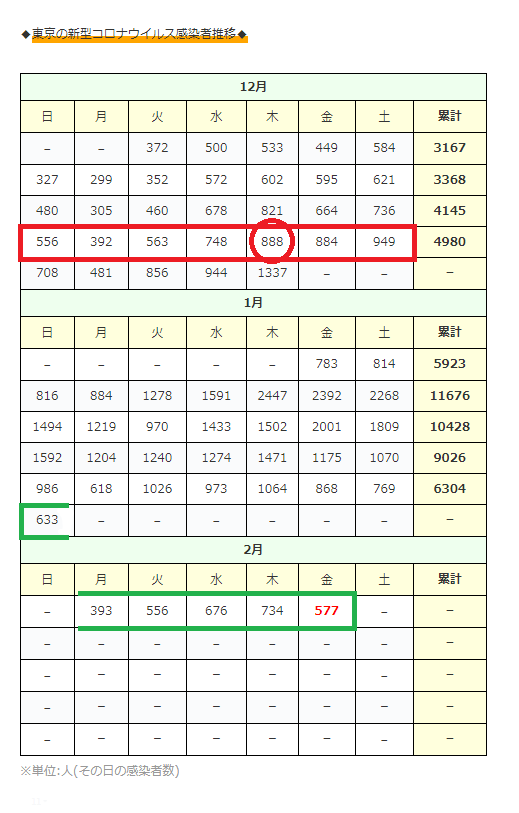 If the number of newly infected people in this week has decreased sharply, it can be said that there is no doubt that it is on a downward trend, so I was paying attention to it, but this week’s feeling still seems to be “just returned before the spread of infection”, so this Looking at, it seems that we have to wait for another week or so …

And the current medical care provision system is …

Even though the number of infected people seems to be settling down, it seems to be in a state that “the number of medical institutions that are unable to provide emergency response such as acute myocardial infarction is increasing.”

It is said that 11 out of 73 hospitals in Tokyo have stopped accepting emergency services. 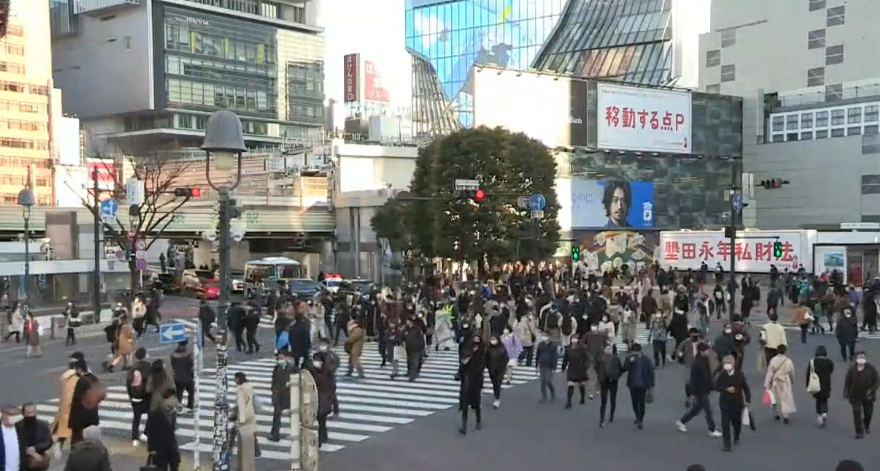 It’s a difficult problem because I feel that the spread of the virus will accelerate in the city and the number of people who get seriously ill at home will increase when it switch to home care.

The government has not even set penalties for “prohibition of going out during a state of emergency” in the revision of COVID-19 Special Measures Law, so is this okay?

And vaccine information (in Japan)!

・Twice inoculation at intervals of 4 to 12 weeks

・Effectiveness is 76% even with the first vaccination (!)

It’s a very effective vaccine, including how to store it!

The other problem is …

“Japan takes too long from application to approval” …

The future flow is as follows

①The results of the overseas examination are attached to this application.

②Domestic data is currently being adjusted and will be additionally submitted in March.

There is a statement that “the examination will be greatly simplified”, but it is unknown how fast it will be …

I hope it will be approved tomorrow! (← Too crazy remarks lol)

In the UK, which produced such the super vaccine, the current vaccination situation has come out!

①7.16 million people have been vaccinated by the end of January

Rather than reporting an allergic reaction …

I’m too envious that more than 7 million people have already received the first vaccination …! !! !! !! !! lol

The population of the UK is about 67 million, so it is calculated that more than 10% of people are vaccinated! 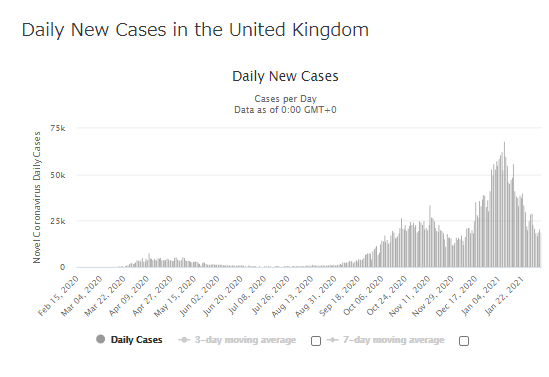 The number of infected people is still high every day, but the number is steadily decreasing in the UK …

By the way, there was also such an article!

“There are 130 countries where vaccination has not started.”

“Three-quarters of all vaccinations are concentrated in 10 countries.”

Some news sites (NHK, Yahoo !, etc.) say, “Maybe the inoculation will start on February 17th?”, but I really want them to start it soon!