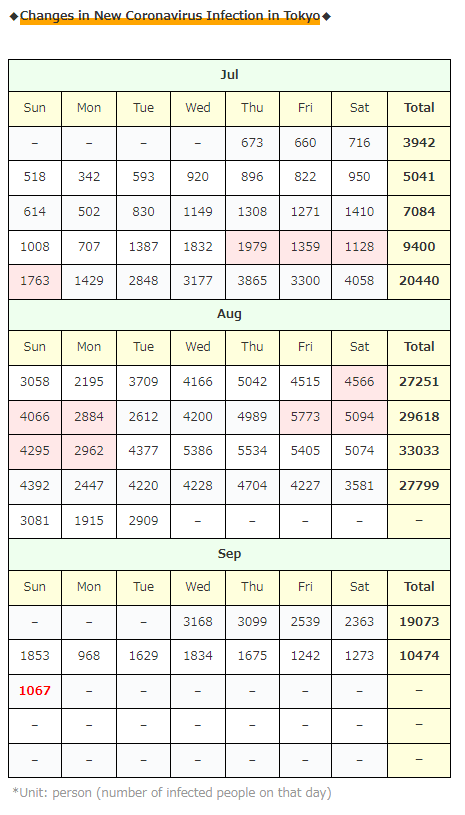 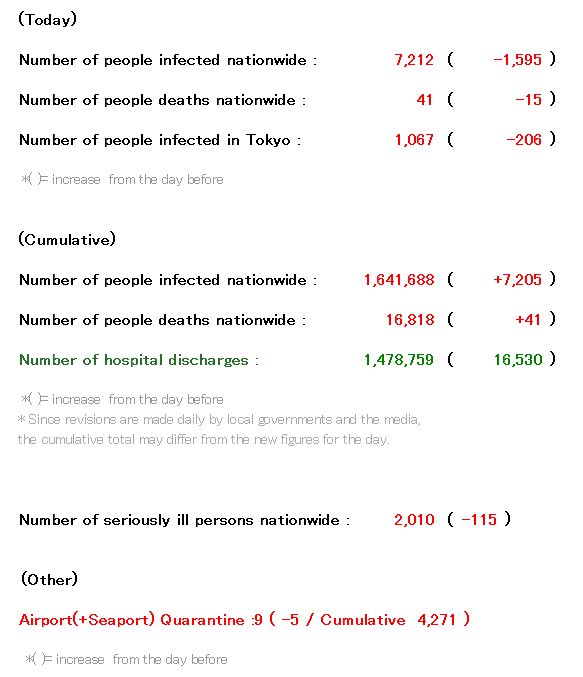 Regarding the number of infected people in Tokyo, I was afraid that it would stop falling after Obon, but it continues to decrease!

I’d like to expect how much it will decrease as it is, but I hope it won’t stop at around 500 people like this spring … 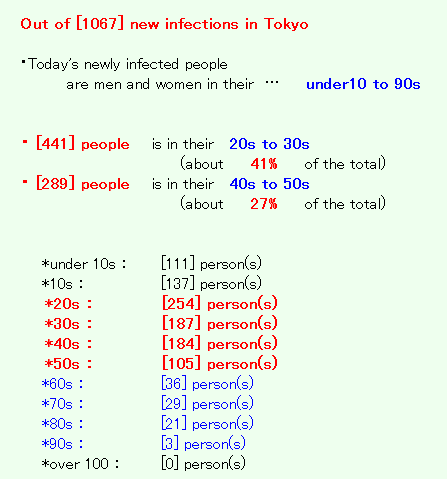 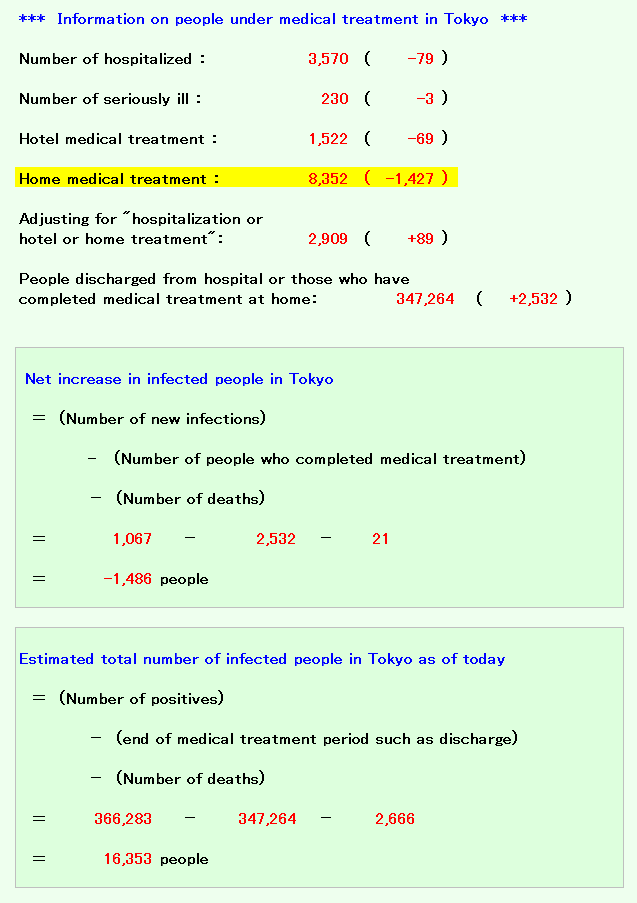 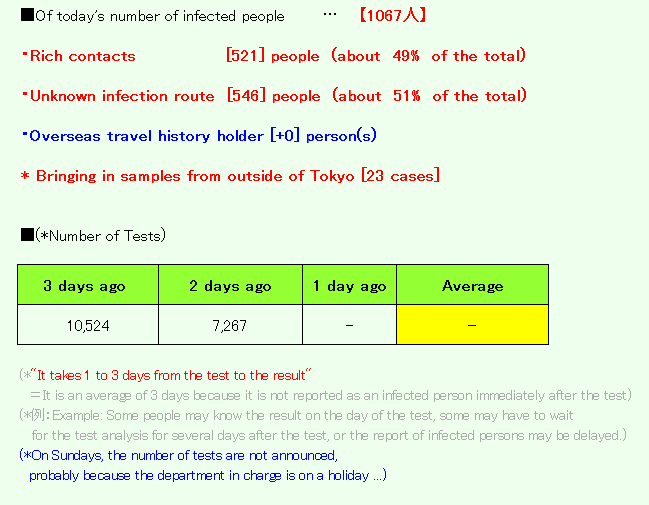 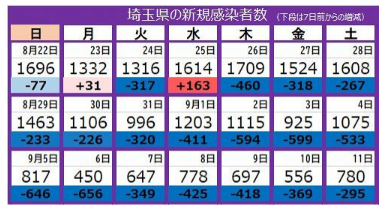 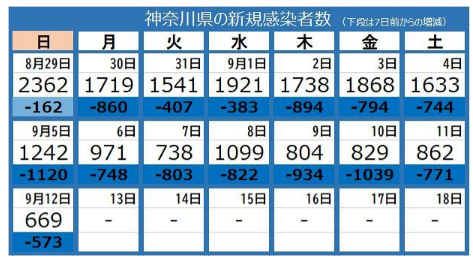 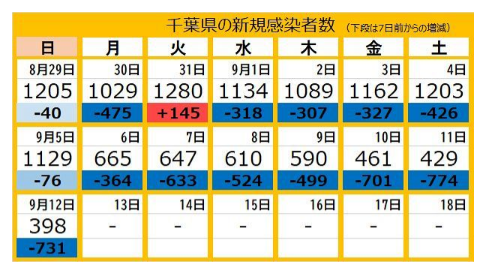 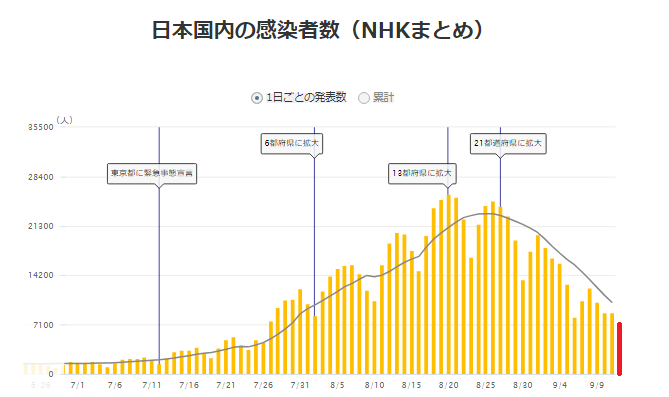 In the article I saw a few days ago, “Mu strain” should have been said to be “not so dangerous and the vaccine works well”, but in this article today, there was the terrifying content that “the analysis result showed that the neutralizing antibody that prevents the aggravation has almost no effect about that” …

The point is that the vaccine doesn’t work …

There are a lot of different opinions, so I want to get a solid analysis result as soon as possible …

And there was a detailed article about “foreign matter contamination in the Moderna vaccine”, which is a big problem in Japan!

By the way … The title of the article is fraudulent, saying, “The Spanish factory knew about foreign matter, but didn’t contact Japan!”, …but it’s actually a little different … (dry laugh)

Apparently, this Spanish factory made a mistake in installing metal parts on the Moderna vaccine production line twice …!

①1st time
→The metal parts used in the process of attaching the rubber stopper to the vaccine container were installed incorrectly, causing friction and causing metal pieces to enter the container.
(Don’t notice the factory)
(This lot will be shipped to Japan → It will be a big problem lot)

③Then 1
→It should have been re-installed after maintenance … but they made a mistake in the installation again and finally noticed that foreign matter had been mixed in the container.

④Then 2
→They did not contact Japan because they did not think that foreign matter had been mixed in even in case of ①.
→Foreign matter report from Japan comes in and begins to verify in a hurry

That seems to be the result of the survey claimed by Moderna and Takeda.

It was said that “Unless the health hazard is revealed, the investigation will be conducted by the pharmaceutical company, not the government,” and “there have been many foreign substances mixed in the vaccine container in the past, and there is almost no health hazard.”
So, apparently this is the final conclusion …

It’s not very clear …
I wonder why …Oh!, We japanese wonder if the Japanese government can’t trust about COVID-19 anymore … (dry laugh)

By the way, it seems that

the governors of the whole country are saying to the Japanese government, “You must not do anything you want about COVID-19 measures” …! (dry laugh)

Looking at the content of the future life when vaccination progressed, the National Governors’ Association made an urgent proposal to the Japanese government and told them the following!

No matter how you look at the contents of ↑, the point is as follows, isn’t it? That’s right? lol
“Don’t be trying to relax the restrictions just by your thoughts.”
“The infection situation is still too bad.”
“You guys can’t decide what to do, so let us join the meeting too.”

The Japanese government is no longer trusted by the public, local governments, or anyone … Why did this happen …!

It seems that vaccination, which (may be) the only solution to this situation, is progressing steadily!

In Katsushika Ward, Tokyo, vaccination of elementary and junior high school students aged 12 and over (who can be vaccinated) started yesterday on September 11, and

also at the large-scale vaccination site in Osaka operated by the government, it seems that priority vaccination for young people started yesterday on September 11th!

When I talk to people in their 20s and 30s, there are quite a lot of people saying, “I don’t want to get vaccinated because I’m afraid of side reactions …”

I would like them to be actively vaccinated if possible before they become infected and suffer from sequelae …!