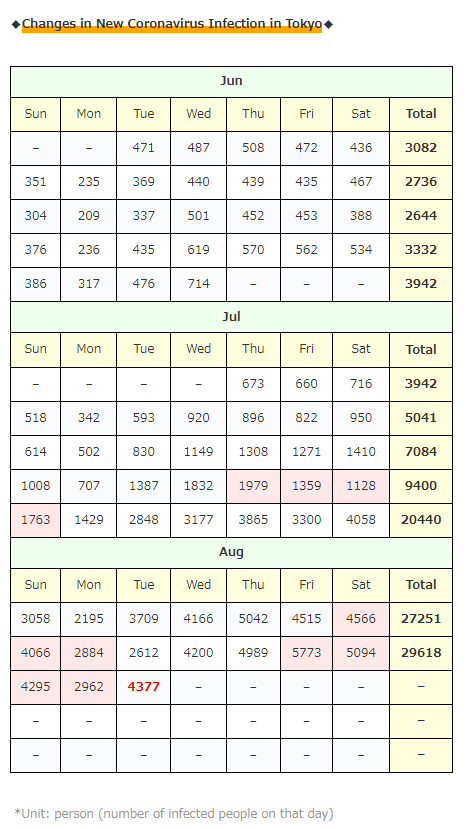 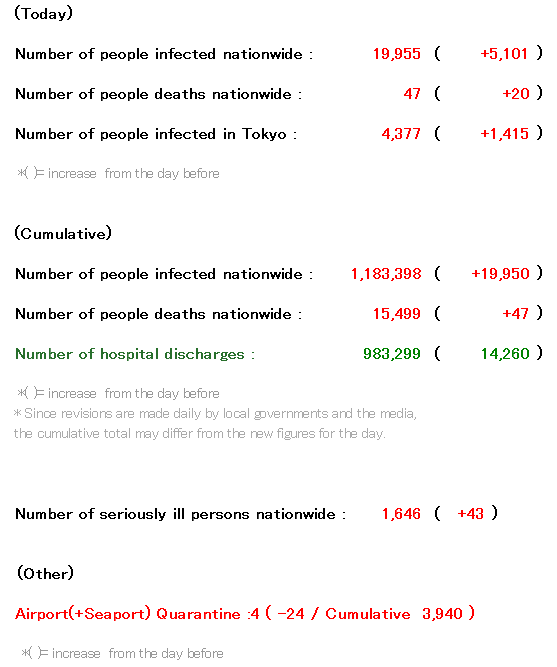 Regarding the number of infected people in Tokyo, thanks to the fact that medical institutions are open during the Obon holidays, a fairly large number has been announced from today …!

The number of tests is suddenly large (about 18,000), so how much the number of infected people will increase this week after the holidays … I’m trembling just by imagining …! (dry laugh) 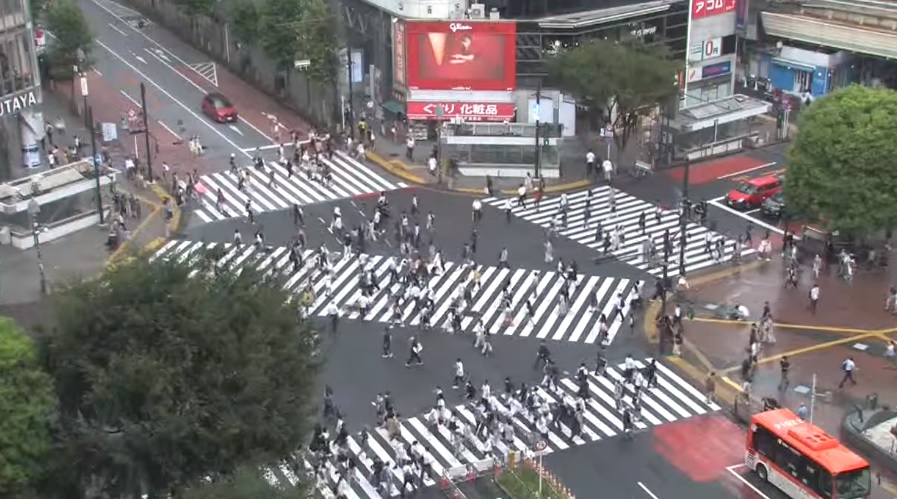 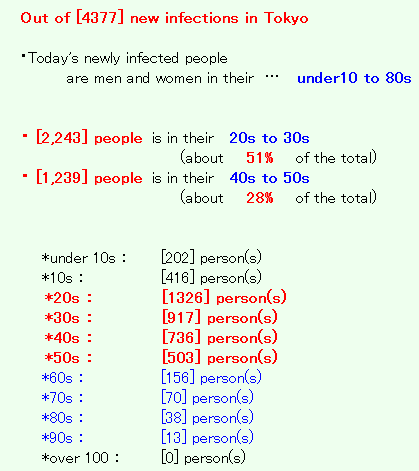 ・A woman in her 40s, who was infected with all three family members and undergoing medical treatment at home, was found lying down by her husband and was confirmed dead as it was …
(→Health observation at the health center the day before = No need for hospitalization)

・It seems that a man in his thirties was found dead at home by a family member living with him.
(→PCR test was “positive” after death = They didn’t know the fact of infection) 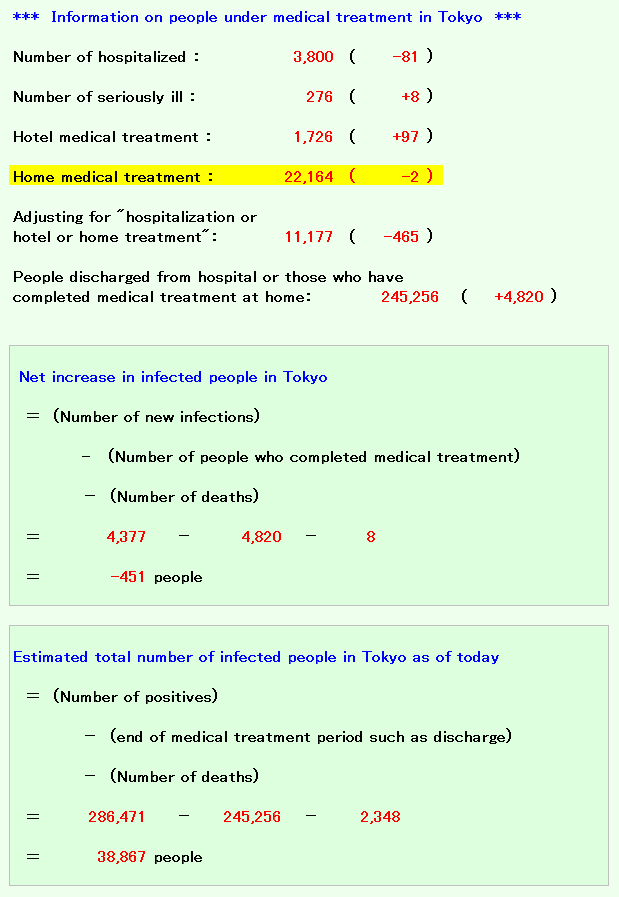 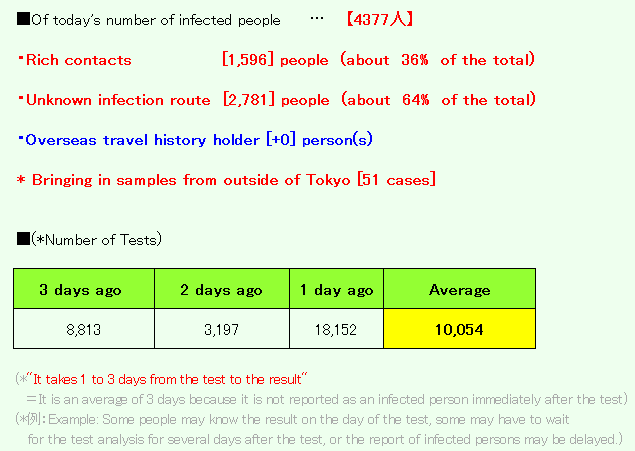 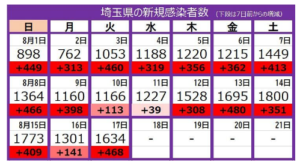 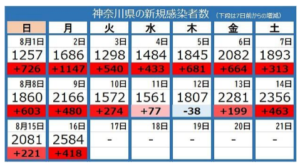 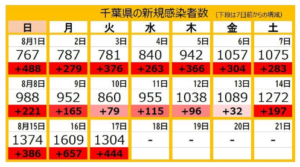 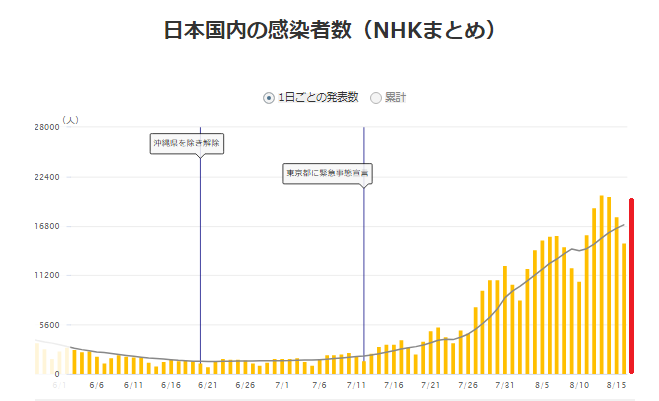 It seems that preparations for the Paralympics (August 24th) are steadily progressing …!

Government
“Because the infection is so widespread, I’ll make it unattended at all venues!”
“But it’s OK to watch children who are eligible for school cooperation tickets!”

“The bus company is also carefully preparing for the Paralympics!”

It seems that seven people are currently confirmed to be infected with the Paralympic Games.
(*There are no infected people in the athletes or those who stay in the Olympic Village)

Perhaps it’s because everyone has given up, or because it turns out that it has nothing to do with the spread of the infection, there is no voice that “Stop the Paralympics!” like before the Olympics …!

By the way, regarding the progress of vaccination in Japan,

it seems that the number of people who have completed the first vaccination has finally become half of the total population of Japan …! ↓ 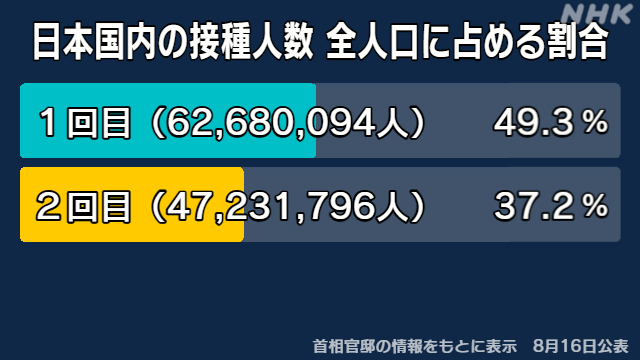 However…
“The first vaccination is not very effective.”
“Infections are increasing even after the second vaccination is completed.”
It’s such a situation, so I can’t say anything anymore …

By the way, although there was no specific report at all,

it seems that Japanese Government have secured a sufficient vaccine supply contract for the Pfizer and Moderna vaccines even if they are to be vaccinated for the third time!

Apparently, “the third vaccination is mandatory” …

It seems that 210,000 people have demonstrated all over France because it is mandatory to show vaccination certificates and negative certificates at restaurants, etc … 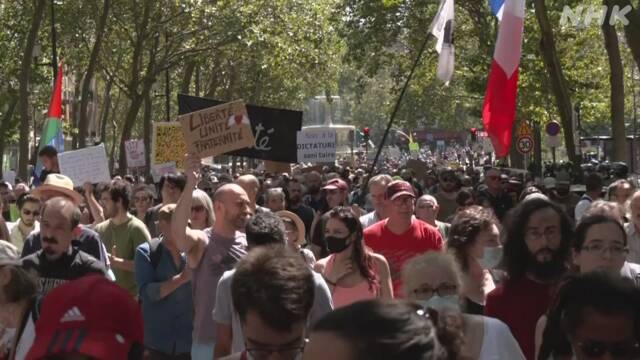 They are complaining about “freedom to refuse vaccination”, but…
When weighed “health of restaurant employees and the majority of people” …
what is the correct answer …

The topic change and return to topic of Japan!

Recently, I have introduced the data together as “Tokyo does not use accommodation facilities for COVID-19 at all!”, but…

the reason for not using it is that “nurses cannot be secured” …
It seems because they are dispatched to the vaccination site.

↓Data introduced a few days ago in summary 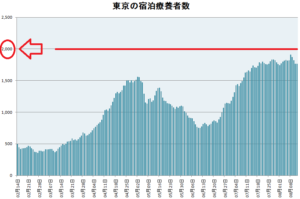 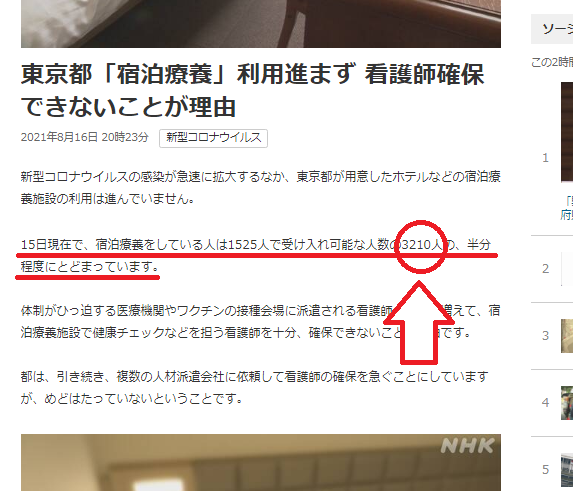 … That was a bittersweet … lol

Last but not least … According to Sapporo city data,

in the “third wave” this spring, it was found that 53% of the 118 dialysis patients infected with COVID-19 died in Sapporo…

The Obon Holidays are over, so I hope the infection will subside a little …

It seems that the state of emergency has been officially announced …!

* The period is until September 12, including the extension of existing areas (6 areas).

Regarding the bed usage rate for the severely ill, when I was a little relieved that Okinawa was not 100% at last, but…

it seems that Kanagawa has reached 100% this time … 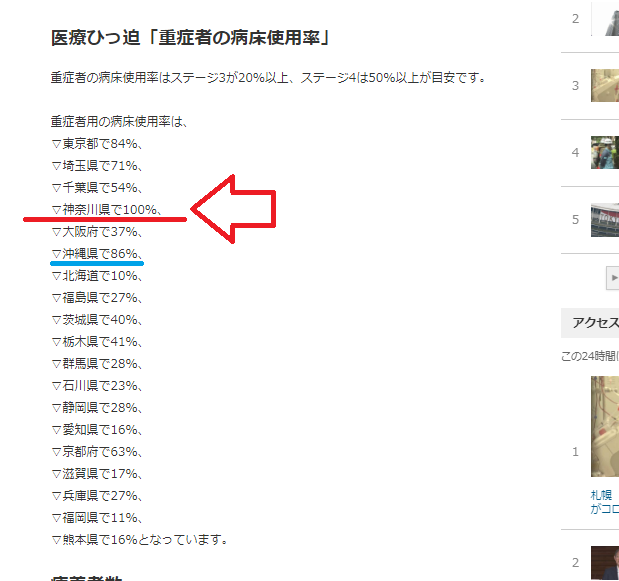 The medical collapse seems to be steadily spreading …