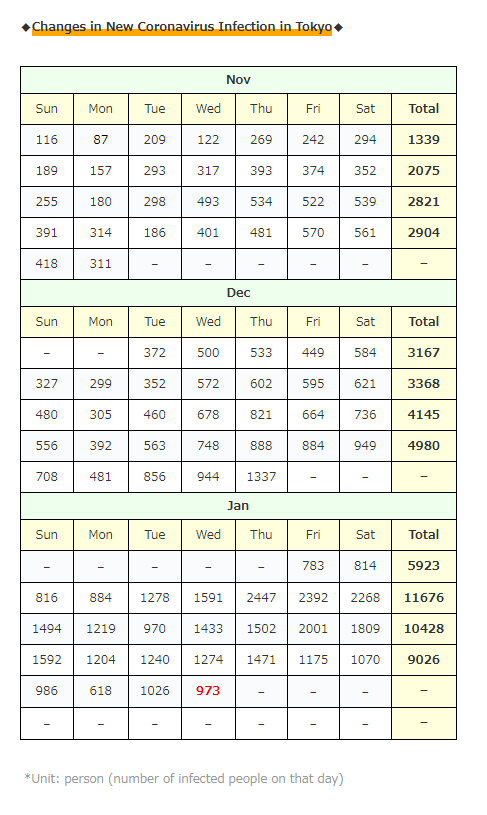 The number of newly infected people in Tokyo

Either way, the number of infected people is still high at 1000… 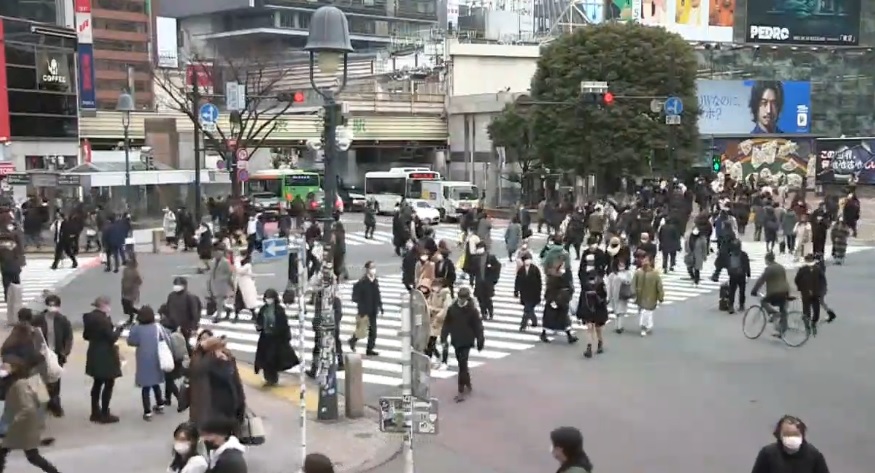 It’s the same as usual, so this is the “scene of the second state of emergency”.

・Infection at a dinner with friends and acquaintances [20] people

・Infection in the facility [154] people

* Infection in the facility [154] people

* The breakdown of the 18 dead is as follows.

→Adjusting hospitalization, but it could not find

・ [2 people] is a facility for the elderly

→Offer from family that hospitalization adjustment is unnecessary

・[6 people] are outbreaks in the same hospital

・”US Army Yokota Air Base”

*Among the infected people counted today, there are [5] cluster relationships, including the above.. (Other than the above, add 3 or less each)

*Among the infected people counted today, there are [14] cluster relationships, including the above.. (Other than the above, add 3 or less each)

* Details were not revealed today, but it seems that the cluster is confirmed below.

* Details were not revealed today, but it seems that the cluster is confirmed below.

*Among the infected people counted today, there are [13] cluster relationships, including the above.. (Other than the above, add 1 or less each) 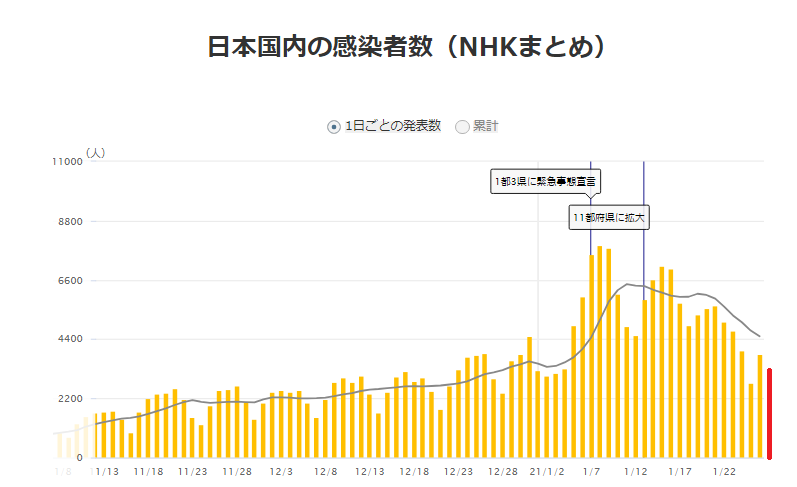 ①It is not possible to quickly share information on the infection situation between the government and local governments.

②Information dissemination to the public is not well done

③Responsibility and authority have not been unified

④The medical care provision system and insurance office functions should have been strengthened as of last summer.

“It’s strange that they can’t decide what to do without discussions between the prefectural governor and the government!”

“Compared to the time of the last state of emergency declaration, the people have stopped cooperating with self-restraint due to “COVID-19 accustomed”  !”

In the first place, when the state of emergency was declared last spring, there were the following two things, so all the people just refrained from going outside etc, and I think it is different from “because they received the message of the government.”

By the way, British Prime Minister Johnson said as follows!

“I am very sorry for each person who died.  Of course, I, the Prime Minister, are responsible for everything the government has done. “

He firmly acknowledged his blame, and I felt that politicians should be like this!

(in response to the question “Politics may not have saved lives, but do you feel the responsibility?”)

“People can’t get the PCR tests they need when they need them. I’m very sorry as the person in charge for not having such a system in place.“

The British Prime Minister “All responsibility lies with me,”

Japanese Prime Minister “accepts some responsibilities only in a roundabout way”

And about the fact that the “important three weeks to prevent the spread of infection” at the end of last year had no effect, Prime Minister Suga said,

“Currently, the policy is to shorten business hours by 20:00, but I think that time setting was unsatisfactory at that time.”

By the way, it seems that some governments are…

…beginning to say that the state of emergency should be extended after the deadline of February 7th …!

The only salvation that seems to be still vigilant…!

Liberal Democratic Party and Komeito executives were in and out of three restaurants in Tokyo, such as Italian restaurant, until midnight on January 18th this month …

Of course, January 18th is during a state of emergency …

A politician’s job is to talk to people, and since he is a human being, it is impossible not to take “meal = nutrition”, but even so, they shouldn’t go there at such time …

Even politicians are like that, but people go to drinking parties even more …

Hmm… What is an “emergency situation”?

The current status of supply contracts for the new coronavirus (COVID-19) vaccine in the United States is as follows.

Moderna :  200 million times by the end of June

The population of the United States is about 330 million, so it seems that about two-thirds of the population has already been confirmed …!

And in Europe, on the other hand, it is said that “some countries are considering legal action because the vaccine supply is behind schedule”

Even after the vaccination started, there still seem to be some problems…

Still, their situation is too enviable for Japan, which has not even been approved!!!! lol

I want vaccination to start in Japan as soon as possible!!! 🙂

It seems that the famous chocolate brand “GODIVA” that everyone knows has decided to withdraw from the store management business in North America such as the United States …! 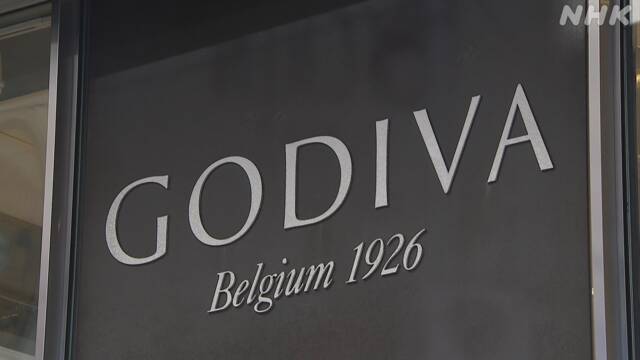 128 stores in North America will be closed by March this year .. 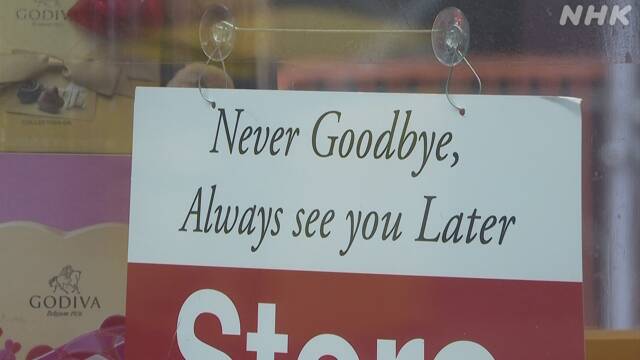 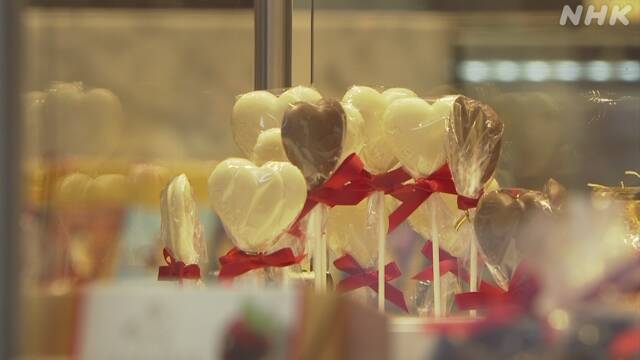