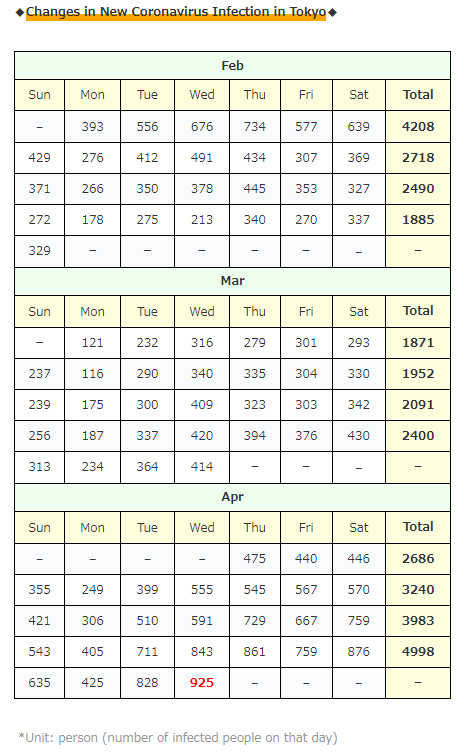 Today is supposed to be a weekday, but there is no sign that the number of people in the city will decrease, and what will happen during the consecutive holidays … It’s pretty scary …! 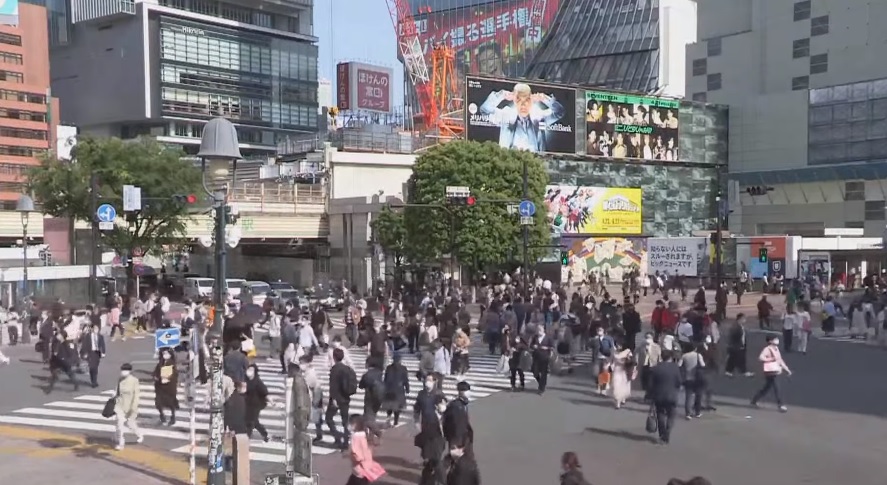 * Bringing in samples from outside of Tokyo [31 cases] 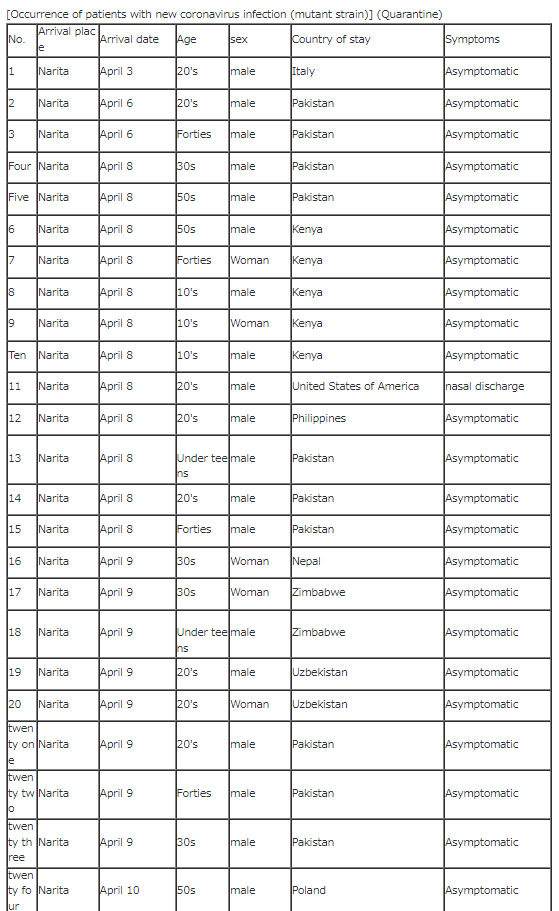 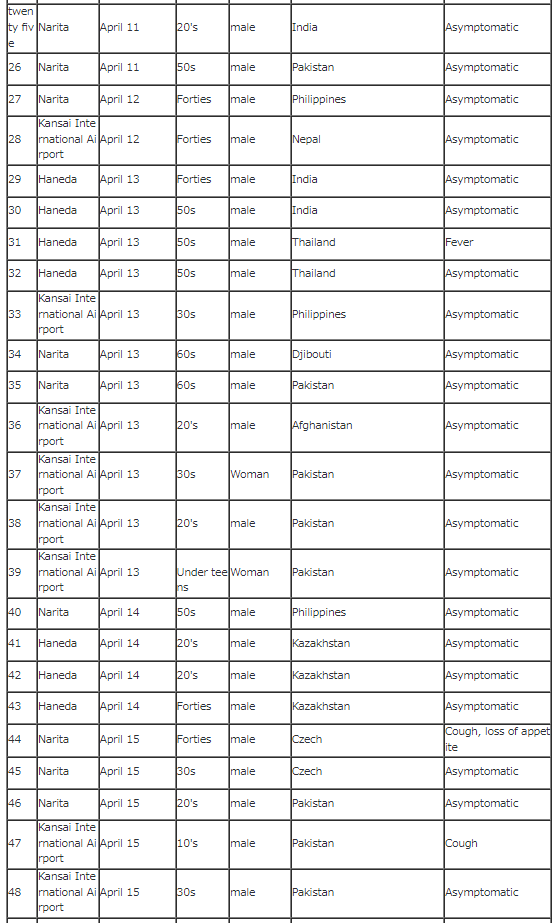 *More than Tokyo for 30 consecutive days 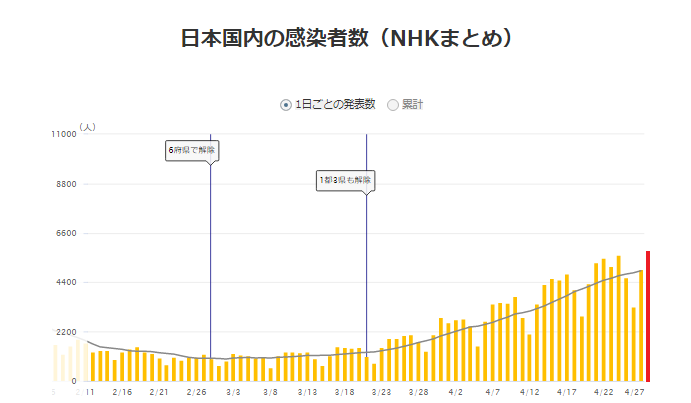 Recently, it has been a little talked about the government opening large-scale vaccination venues in Tokyo and Osaka, but

it seems that the vaccines that can be vaccinated at those venues will be unified with the vaccines made by Moderna!

Since the period of the first and second vaccination intervals of each vaccine is different, it seems that the vaccine of Moderna will be unified at the above venue to avoid confusion.

By the way, do you have any hopes such as “I like this company’s vaccine!” ??

And speaking of vaccines …

AstraZeneca has been sued by the EU (= European Union) …!

The EU has signed up to 400 million vaccine contracts with AstraZeneca last summer, but the reason for the proceedings is that the supply is delayed than the contract …!
((January → Supply decrease due to production problems, April-June → Expected to decrease from 180 million times to 70 million times, etc.))

Vaccination in Japan seems to be much slower than we think, but is it okay because Japan hasn’t had such complaints from the government so far?

Also … it’s too late in the first place …

In Italy in such “EU”, it seems that restrictions on going out have been relaxed, and restaurants can now be open outdoors!

“What’s up? Italy’s vaccination is going well, and it’s almost over …?”

While thinking that way, but somehow I had a bad feeling and investigated it …

The current vaccination rate in Italy is still around 20% … 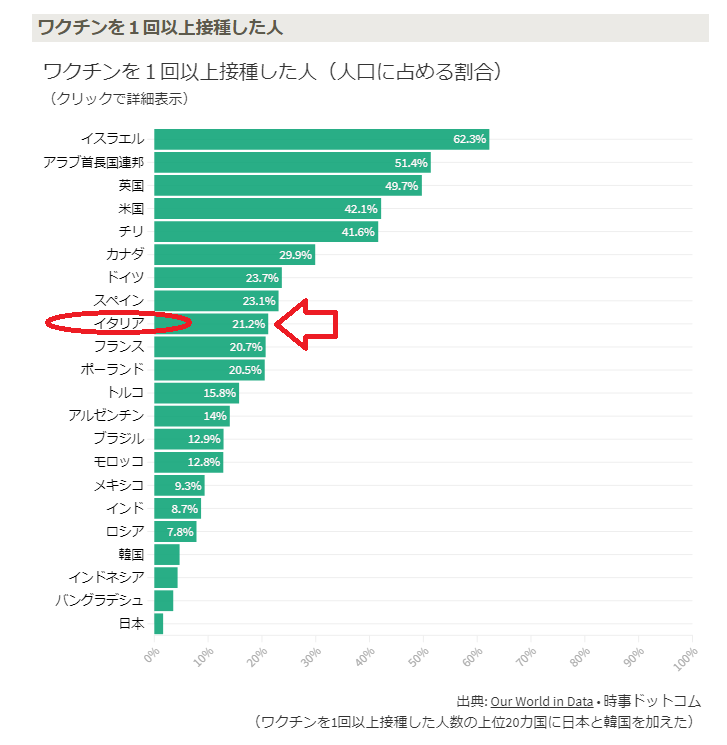 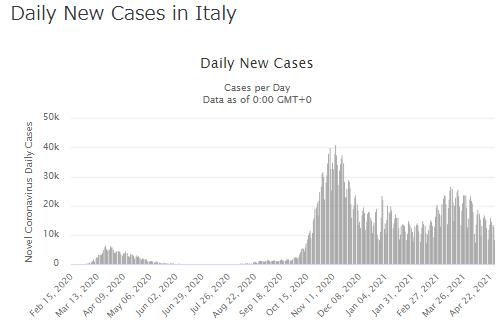 “I’m going to relax the regulations because the infection situation has improved a little!”

By the way, the United States, which has the third most advanced vaccination in the world and the vaccination rate is already about 50% in the above figure, said as follows…!

“We can provide 60 million doses of AstraZeneca’s vaccine to foreign countries!”

Last year, the number of infected people in the United States was the highest or second in the world, but vaccination has changed the situation so far …!

In comparison, Japan is currently…

What? I have a lot of self-deprecation today! (dry laugh)

And when the Tokyo Metropolitan Government analyzed the sewage of 10 metropolitan schools in Tokyo…,

it seems that COVID-19 was detected in one place …!

Which do you think there are many or few?

I thought, “It’s less than I expected!”

And finally, there was such news …!

In Chonburi Province, Thailand, where the provision of alcohol in restaurants is currently prohibited as a measure against infectious diseases, a total of nine people were arrested, including a clerk at a restaurant that provided alcohol and a Japanese customer who drank the alcohol…!

I’m embarrassed because there are really stupid Japanese people …

本It may be better for Japanese people to refrain from going out and playing, both in Japan and abroad! (dry laugh)

In fact, the infection situation in Nara Prefecture, which is famous for Todaiji Temple, is serious … but

It seems that Nara Prefecture has started additional sales of “Go To Eat” premium meal tickets at this time …!

Apparently, Governor Arai of Nara Prefecture said, “There is no evidence that the infection is spreading at restaurants in the prefecture!”, so he does not even ask for shortening of business hours …!

… He is like the president of Brazil… (dry laugh) 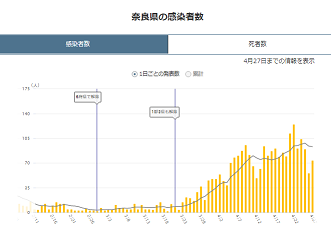 Aside from the governor, I’m glad that the people of Nara were common sense people …!

We, the citizens of the four Kanto regions, always lament that “Our governor will not take proper measures …!”, but maybe it’s still better than him…? !!