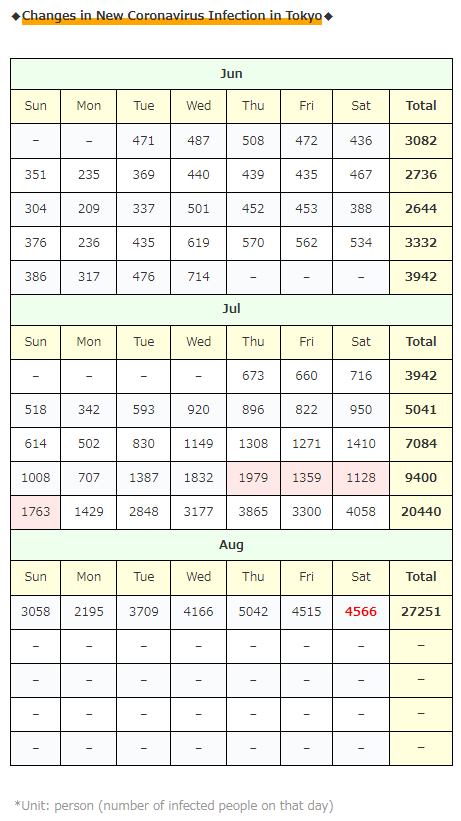 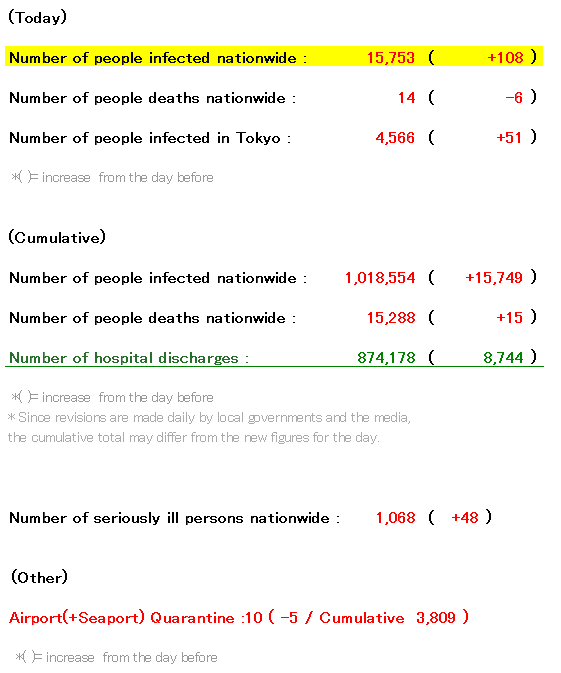 The number of infected people in Tokyo usually reaches the maximum for the week on Saturday, but this week it reached the maximum on Thursday (over 5,000).

… But I’m really scared the fact that “Tokyo surpassed 4000 for the first time last week, but this week it’s more than 4000 every day since Wednesday” …

And today is Saturday, so I calculated the total number of newly infected people in Tokyo for one week, but . 27251! 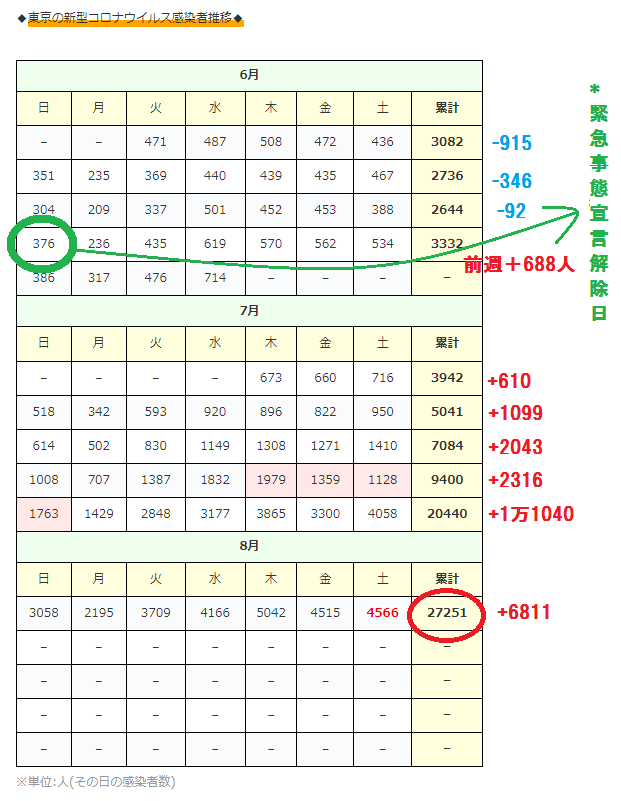 ↑↑ Even though the number of infected people increased that much last week … It feels like “Is it still increasing !?” 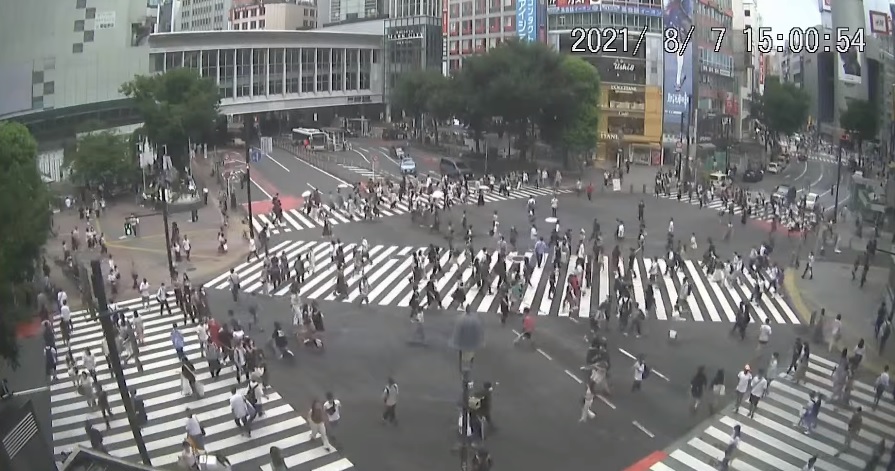 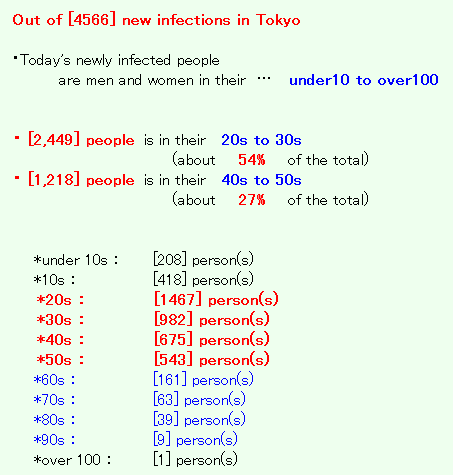 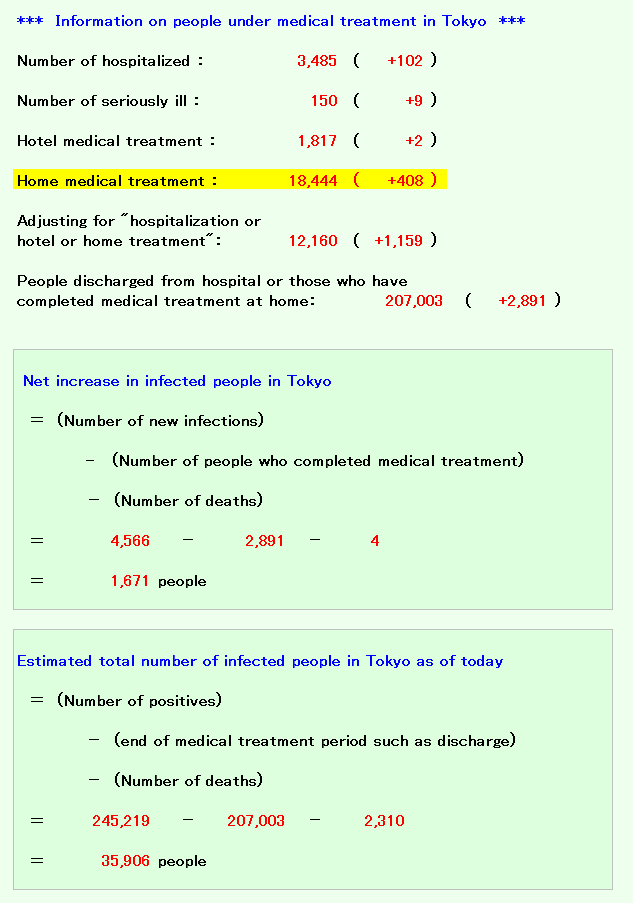 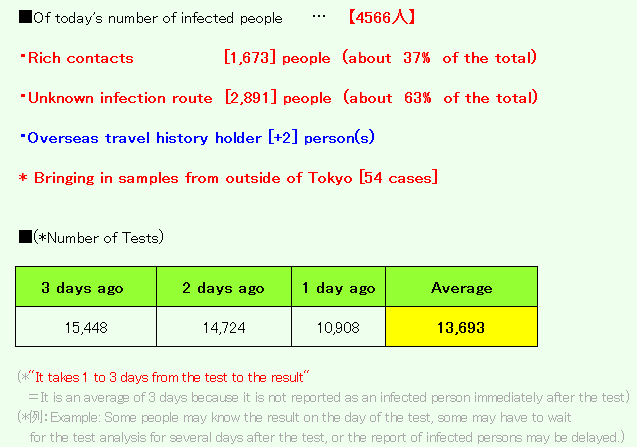 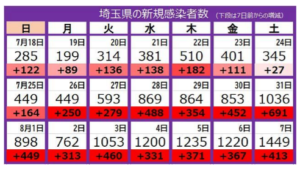 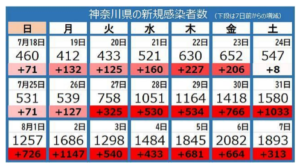 *There were too many clusters today and many were announced together (not detailed information).

*Among the infected people counted today, there are [10] cluster relationships, including the above… (Other than the above, add 3 or less each) 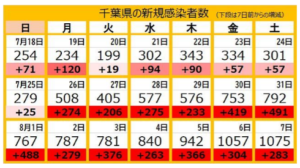 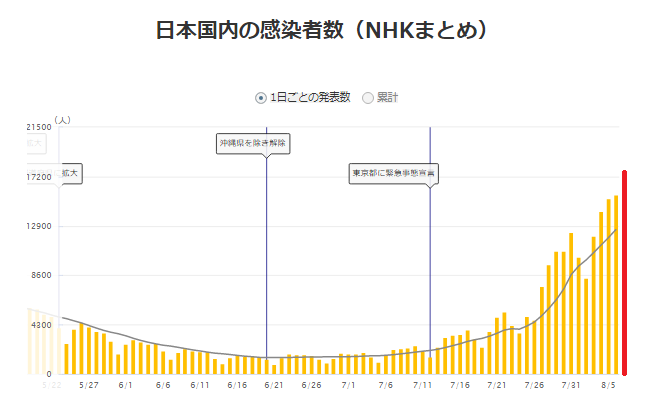 The news is always extremely low from Friday to Monday, but for some reason this week is full … ↓

By the way, I would like to summarize today as easily as possible so that you will not get tired of reading!

It was widely reported yesterday, but it seems that a younger person died after the vaccination …

Yusuke Kinoshita, a pitcher of professional baseball and Chunichi Dragons.
It seems that he died at the young age of 27 …

“Cause and effect cannot be evaluated” because it was a disease called mitral regurgitation instead of “myocarditis”, which is a common cause of death after vaccination, and apparently… there was a symptom of “arrhythmia” in the pre-vaccination test. .

(↓厚生労働省のこの件に関する資料)
(↓ Material about this matter of the Ministry of Health, Labor and Welfare) 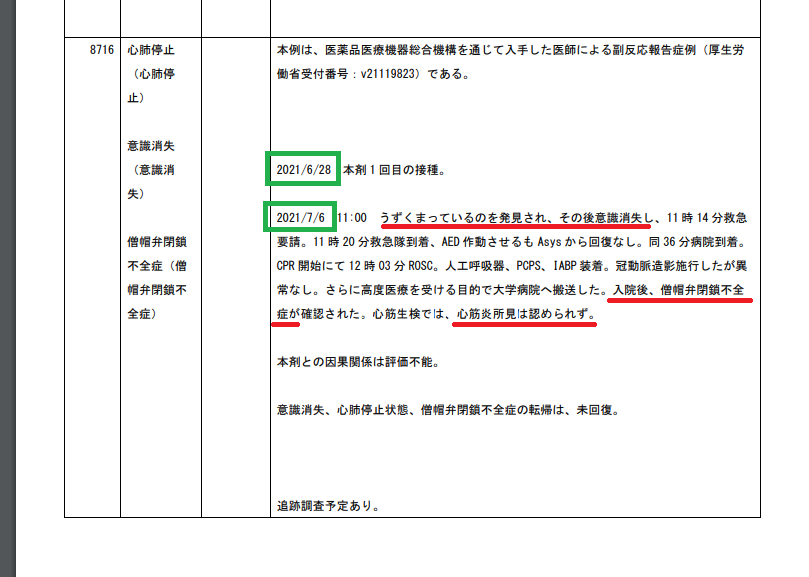 “I dared to change the first call to a new home recuperator to a short email!”

…what are these people saying …?

It is said that this is because the “Home Care Career Follow-up Center”, where medical staff provide medical consultations 24 hours a day, has become difficult to connect because of currently terrible spread of infection.

No … I can only think of increasing the number of personnel and lines …!

By the way, the boss of Tokyo, Governor Koike, seems to think this way. ↓

“Delta strains are twice as infectious. It is important to return to the basics and reduce person-to-person contact.”
“We have Obon holidays next week, but we are asking you to refrain from going out, travel, and return home unnecessarily.”
“When it is unavoidable to meet people, (1) keep a distance, (2) shorten the time, and (3) put on a mask.”

I personally think that “what the politician thinks and does so (even if no measures are taken)” is important, so I often tell you this way, but ↑ What do you think when you see what you say …?

Apparently, Governor Koike has no intention of doing anything this time to “stop the spread of infection” and “reduce the number of infected people”. 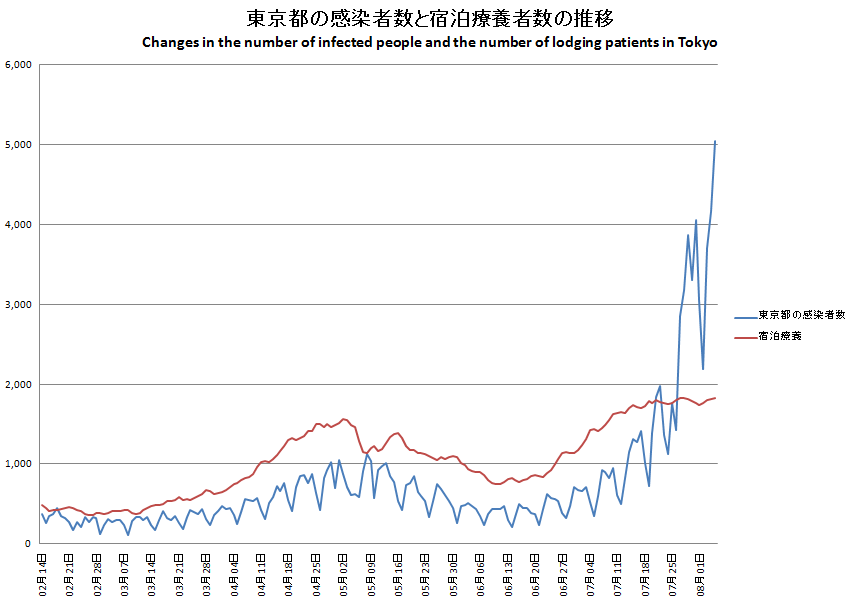 ↑ The Tokyo Metropolitan Government should have secured about 6000 rooms for COVID-19 accommodation and medical treatment facilities!
What does it mean to use only about 2000!?

Governor Koike is like that, but on the other hand, the government is …

Nishimura Minister for Economic Revitalization
“It is important to take the first move, but”
“Applying the state of emergency to Japan as a whole is also subject to restrictions on private rights, so we heard the opinions of experts and made the final decision (not to apply).”

→At the place where they declared it, “Tokyo has no restrictions on private rights” …
Maybe he hesitates because of “(monetary) spending problems”.

In addition, the Liberal Democratic Party’s chairman of the political affairs investigation, Shimomura, said as an economic measure,

“It is necessary to consider gradual mitigation of measures for restaurants according to the vaccination rate,” in the midst of this spread of infection.

Apparently, Tokyo and the government are betting all their money to solve the problem with vaccination.
It seems that vaccination is not going well at the moment, but that’s really okay …?

Moreover, Overseas, “the vaccine may be less effective”
I’m being told!?

I’m a little worried like that … but!
I’ll put together as much information as possible, so let’s get the right information and protect ourselves …!

About a month ago, there was news like this. ↓

“The most vicious mutant strain that has been mutated and expanded in Peru, South America, and has specialized status for lethal ability in addition to infectivity.”

About a month later, it was finally discovered that it had landed in Japan …

It seems that it was found in the quarantine at Haneda Airport in July and was brought in by a woman in her thirties who returned from Peru.

This seems to be the first time in Japan.

Japan should still be in the “worldwide immigration control” period, but well … if you can guess by looking at the daily airport quarantine, it’s natural for that virus to be entered…

Not only Britain but also Japan seems to be a “no guard tactic”!
However … the vaccination rate is not even high in Japan yet!

Moreover, the water gun is honey, not water …!