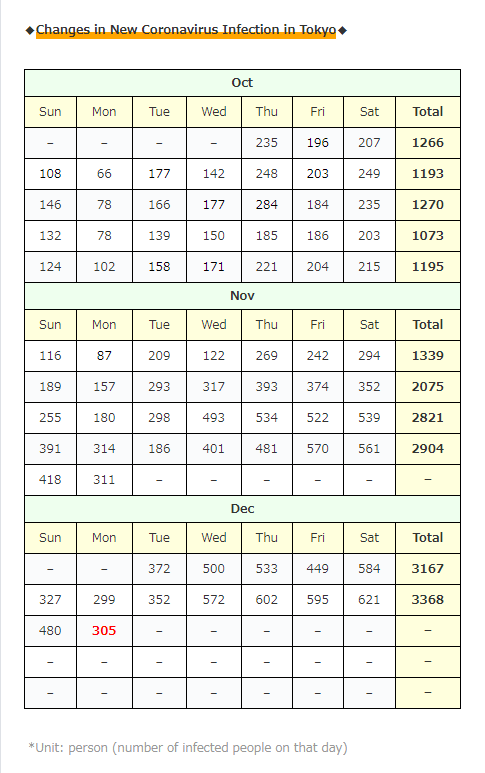 The number of new infections in Tokyo has been the lowest on Mondays these days, but 305 … it’s still high. .. ..

・Infection in the facility [29] people

* Infection in the facility [29] people

+5 facilities for the elderly, 7 people

・Outbreak of “Harukaen”, a special nursing home for the elderly in Koshigaya City [2] person(s)

・Outbreak of infection at Atsugi Seikaen, a prefectural facility for the disabled in Atsugi City [10] person(s)

・Outbreak of students attending universities in the prefecture [8] person(s)

*Among the infected people counted today, there are [4] cluster relationships, including the above. 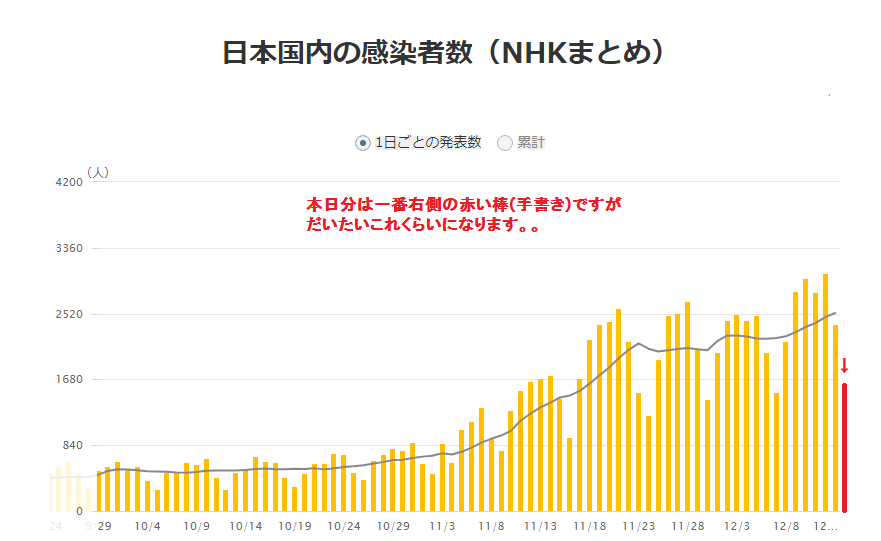 There is a possibility of heavy snow on the Sea of ​​Japan side, and days with a minimum temperature of 3 degrees Celsius will continue on the Pacific side such as Tokyo and Nagoya…

For me from western Japan, I feel quite unusual for snow to accumulate at this time of year!

I’m in Tokyo now, but while writing this sentence, my hands are already cold. .. .. Lol

By the way, it’s almost time for measures such as “requests for shortening business hours” in each region to reach their deadlines!

Information on “extension” is starting to come in one after another in Tokyo, Osaka, Hokkaido, etc …

Since today is Monday, there is not much information related to the new coronavirus (COVID-19) and there are not many articles I would like to introduce, so today I will summarize the “results of COVID-19 measures in Japan”!

“The situation is the same in every region of a big city”, so I would like to take up Tokyo and Osaka!

First of all, what will happen to the lockdown result, the situation in Europe was like this!

(From the summary article on December 3rd) 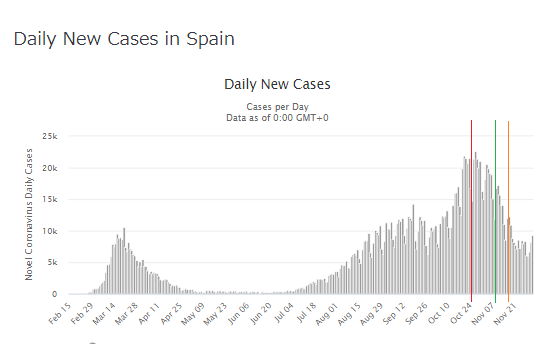 →Peak between 0th and 1st week

Begins to decrease between the 1st and 2nd weeks

It will decrease sharply between the 2nd and 3rd weeks

This was common to all countries!

(By the way, Germany had a looser measure than other countries, such as “a rally of up to 10 people is OK”, so it seems that it has not been on a downward trend yet …)

Only the “request for shortening business hours” and “temporary suspension of travel recommendation subsidy policy in some areas” were taken.

I had a bad feeling because it was a situation like “Do you think it will be enough?!”, but the result is …

The lines in the graph introduced from below are color-coded as shown below.

Green line-one week after the start of measures

Orange Line-Two weeks after the start of measures

“Go To (Travel) Campaign” → No measures

(Infection status in Tokyo as of December 13) 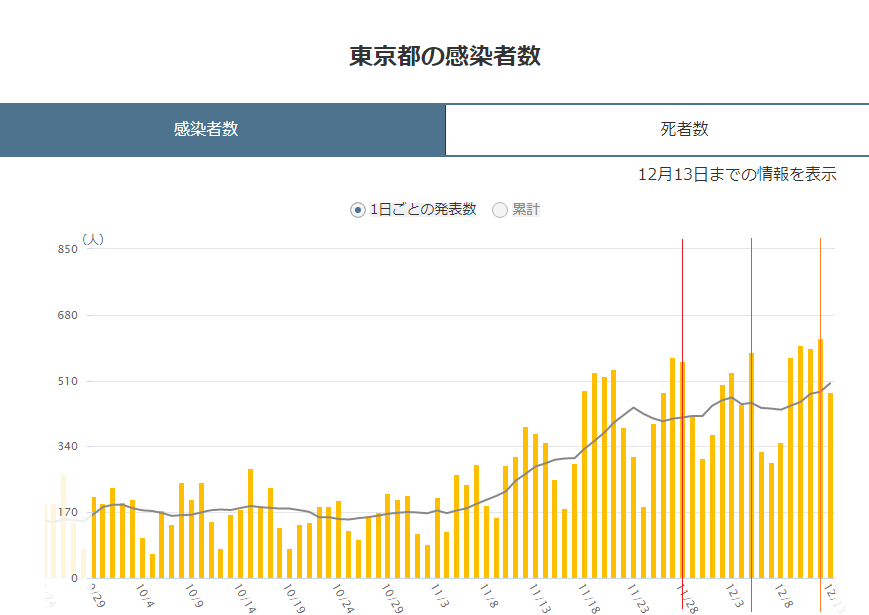 ↑Looking at the graph, it seems like it didn’t work …

(Infection status in Osaka as of December 13) 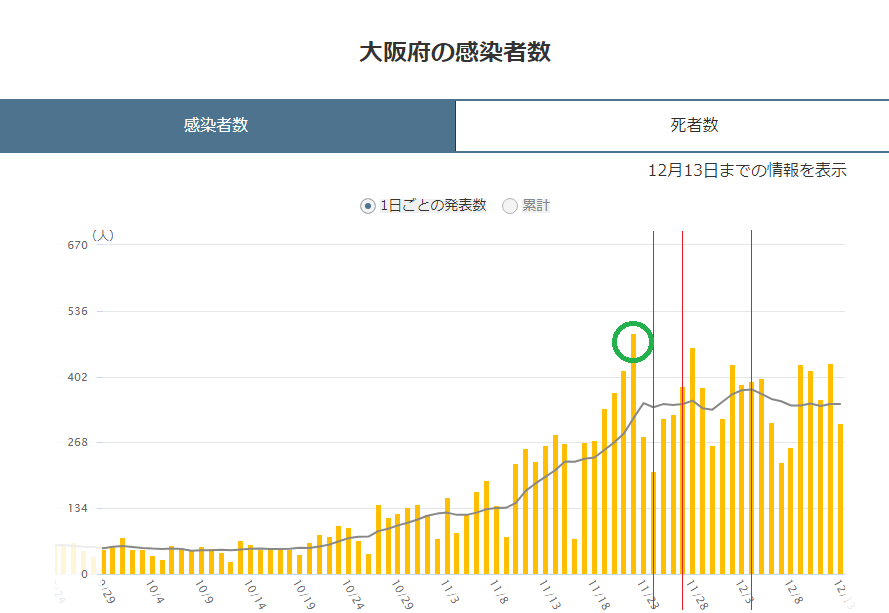 ↑Since the start dates of various measures are different, only the red line of each start date is drawn, but except for the days when the number of green circles has increased abnormally, it has remained flat (stays high) when it has increased. It seems that it has no effect. ..

* I thought I would take up Hokkaido as well, but I excluded it because there are obviously too many clusters in Hokkaido and the graph changes depending on the cluster situation.

By the way, if you look only at the graph 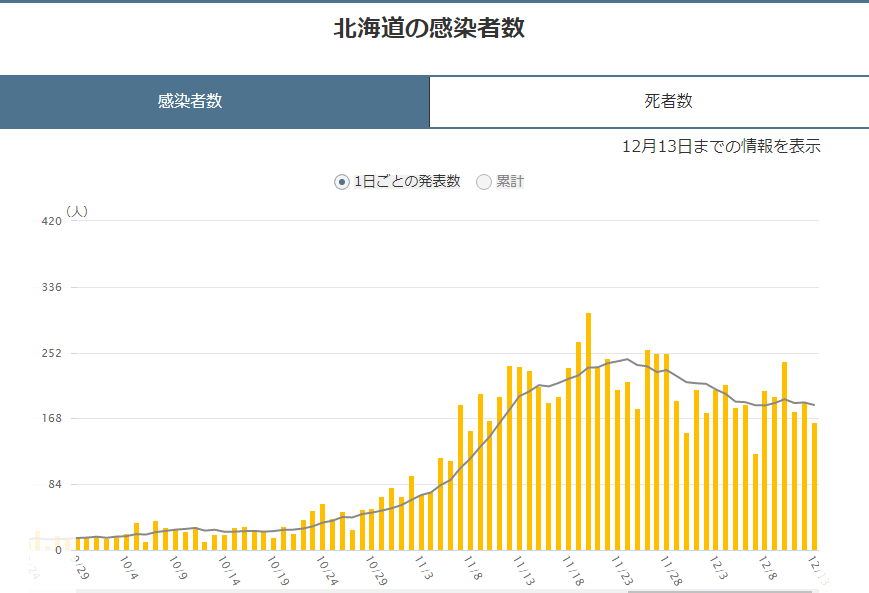 By the way, as you all know,

It seems that it will be decided to extend or stop the “Go To (Travel) Campaign” in Tokyo and the request for shortening business hours around today!

However, looking at the graphs of Osaka and Tokyo, it doesn’t seem to be effective …

“I’ve prevented it from rising any further!”
The governor may say, but what we want the government and the governor to do is “reduce the number of infected people”, right?

There seems to be a long way to go …

I wonder if there is only “solve with vaccine”! :<

I wanted to introduce it all over the region and tell you more, but I still don’t have time to do it individually …

Besides, when I start doing it, I tend to be a maniac (lol), so I’m holding it down … lol

By the way, each local government is taking measures (?) In that way, but the number of people in each area is increasing or decreasing. 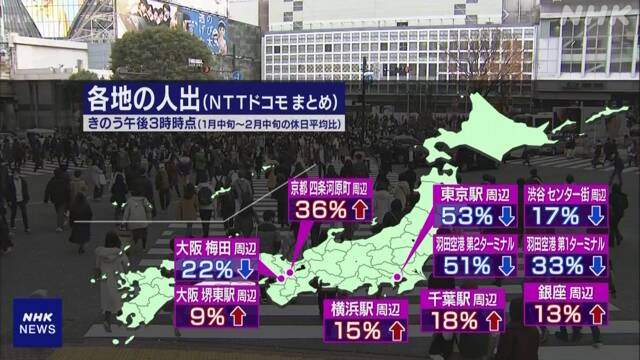 “People are refraining from traveling out” (Tokyo Station, Haneda are decreasing)

The number of infected people will not increase any more ~~~~!