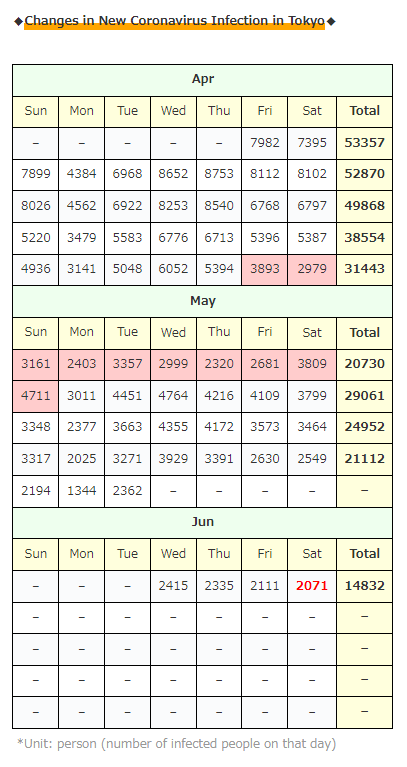 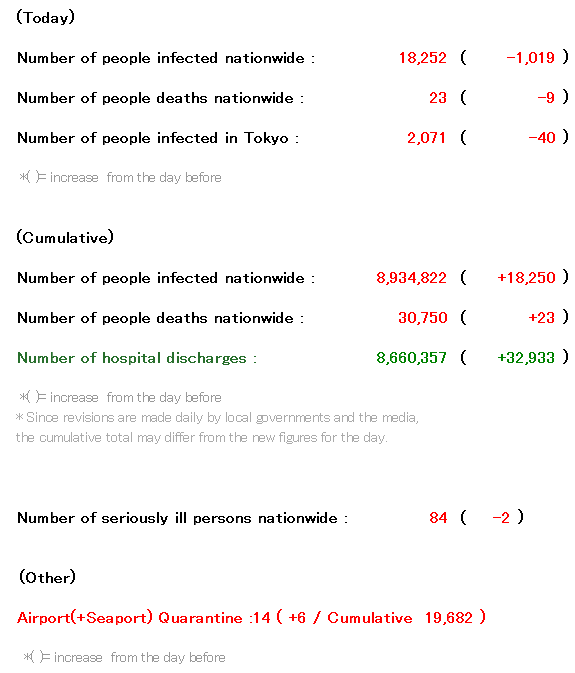 The number of infected people in Tokyo is…
The big drop that started suddenly on Friday and Saturday last week has continued this week for the whole week!

However, yesterday and today the numbers for last week were small, so I’m a little worried that the amount of decrease was less than from Monday to Thursday … 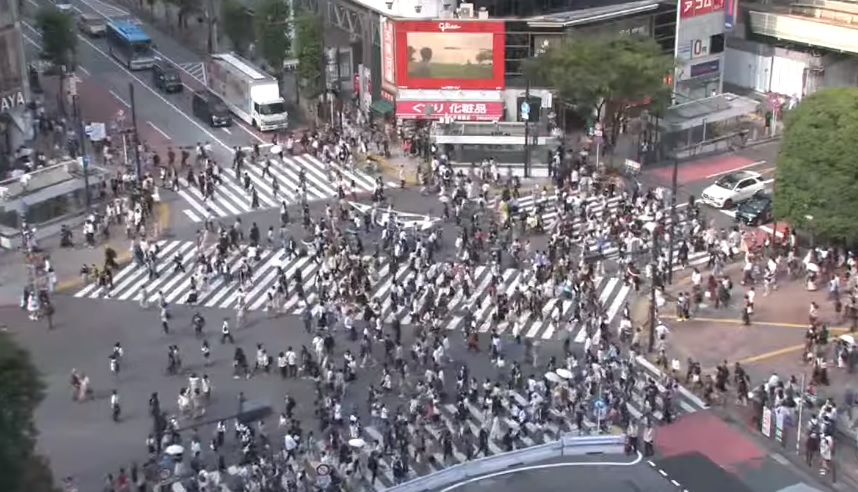 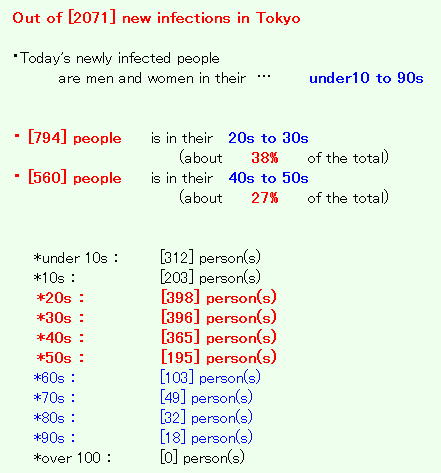 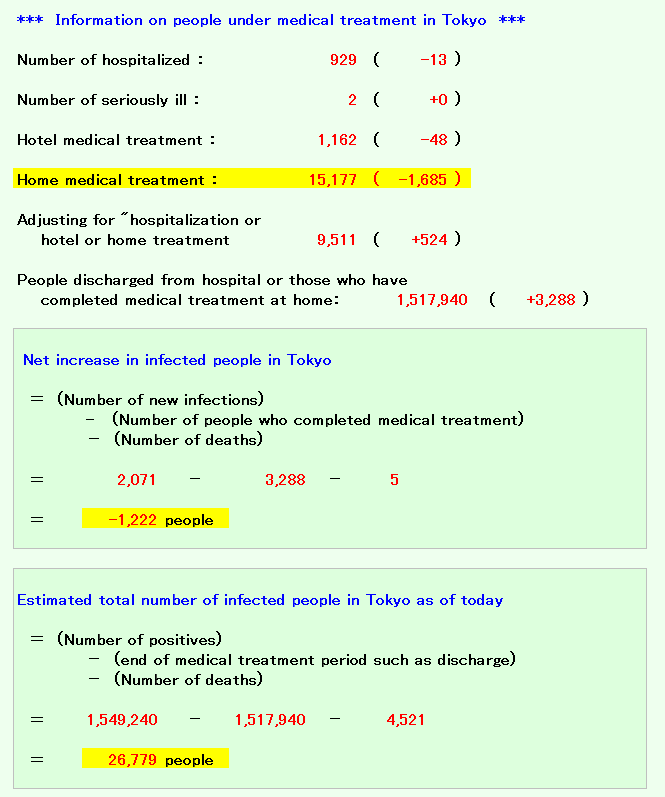 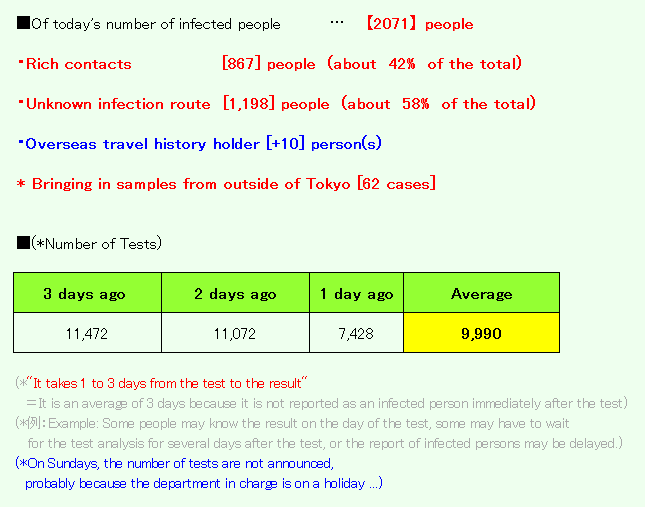 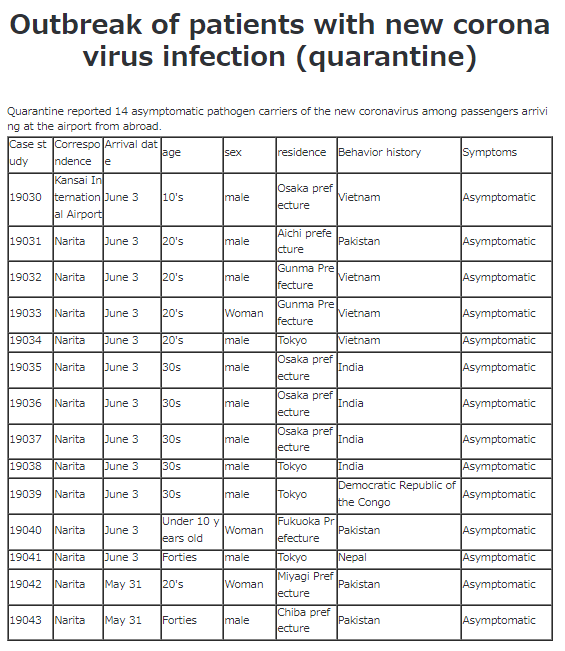 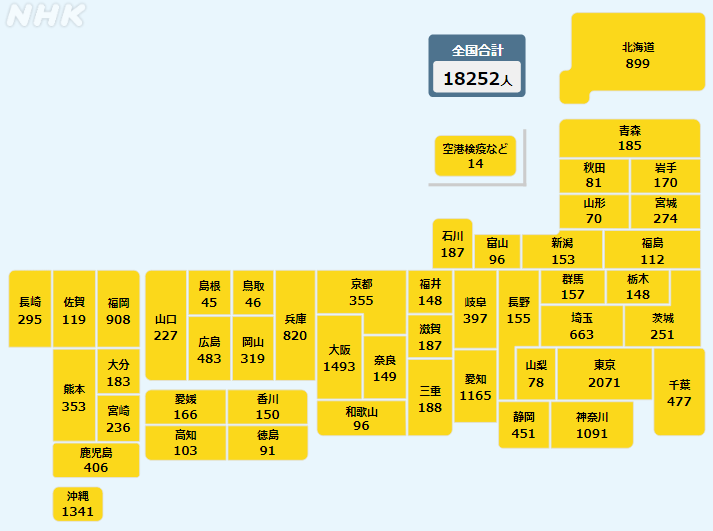 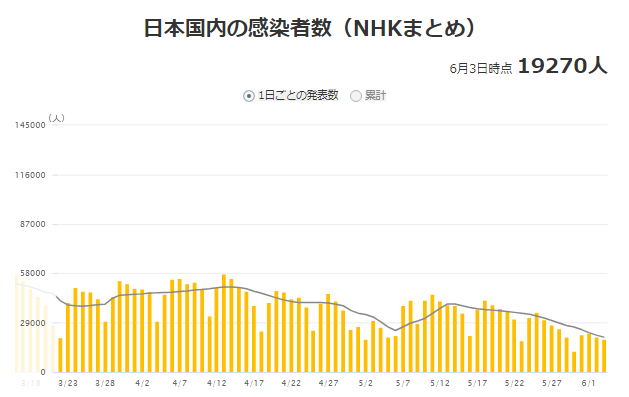 By the way, since “Airport quarantine (almost) completely abolished” on June 1st …

(From the summary article on May 24) 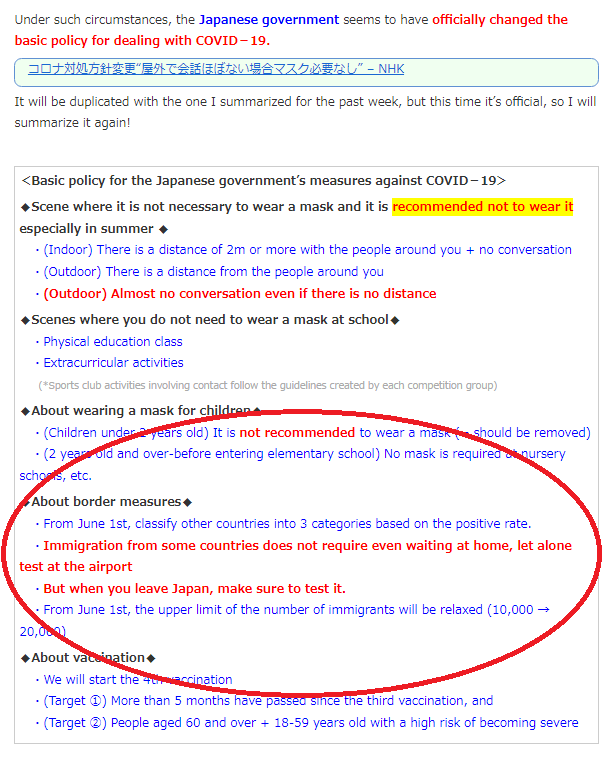 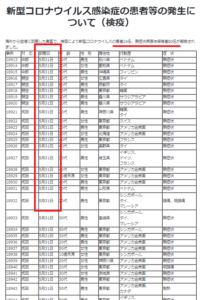 (Number of immigrant infected persons confirmed at the airport：104)

(Number of immigrant infected persons confirmed at the airport：5) 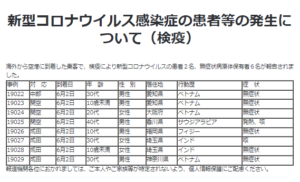 (Number of immigrant infected persons confirmed at the airport：6)

About 100 infected people were found every day in the quarantine at the airport, but since the beginning of June, almost 0 people have been found …

This means that the influx of viruses into Japan, which had been prevented until now, is almost 100% free.

By the way, as you can see from the latest announcement on June 2nd … ↓

(Discovery of variant in airport quarantine) 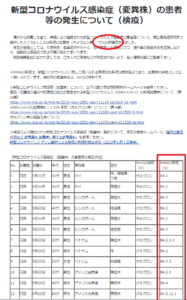 It means that the influx of variants, which had been confirmed more than 200 cases once or twice a week, into Japan is now completely free …

In this way, instead of
“stopping the test at the airport because the infectious disease has completely subsided and there is no need for quarantine”,
“I don’t know what it is, but I want to stop immigration restrictions, so infected people are still found at the airport, but I’m doing it, so I’ll stop the test. “
As a result of the Japanese government stopping the test without thinking about it, it became like this.

In the first place, the Japanese government’s excuse for mitigation is that “entry from a country where the infection is calm does not require a test” “because the number of infected people is small, there will be few virus carriers.” That should have been the case, so it is clearly a strange situation that “the number of infected people found in the quarantine is almost zero from Jun 01” = “the virus has entered Japan by that amount”…

While the Japanese government is implementing a ridiculous mitigation policy …

In Shanghai, China, which is firmly adhering to the “Zero Corona Policy”, the number of newly infected people, which was once more than 27,000, has recently decreased to about 10(!), so it seems that the lockdown has finally been released …!
(It’s been about 2 months since the end of March) 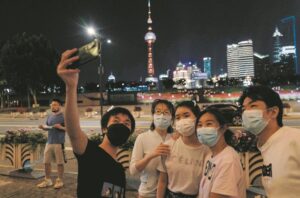 By the way, in Shanghai
When entering a station or building, it is necessary to continue to show a negative certificate issued within 3 days.
(*That means you can test almost every day)

Ah, what an envy!