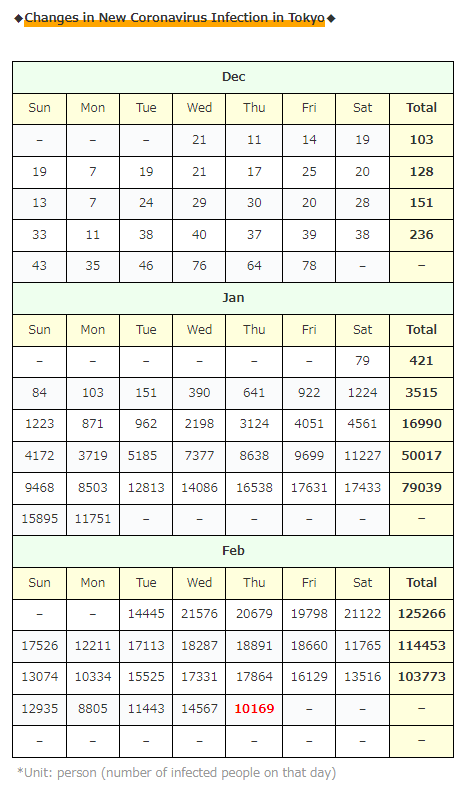 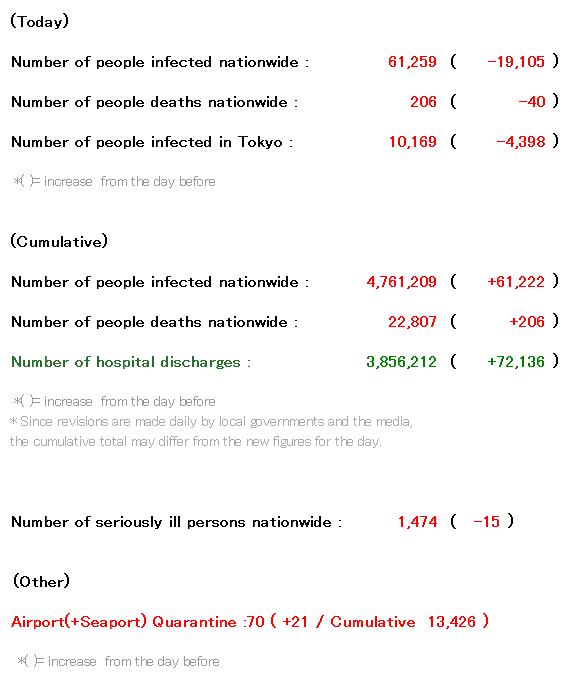 The number of infected people in Tokyo has SUPER decreased! !! !!

…I thought like that, but…
it’s next day of the holidays today … (dry laugh) 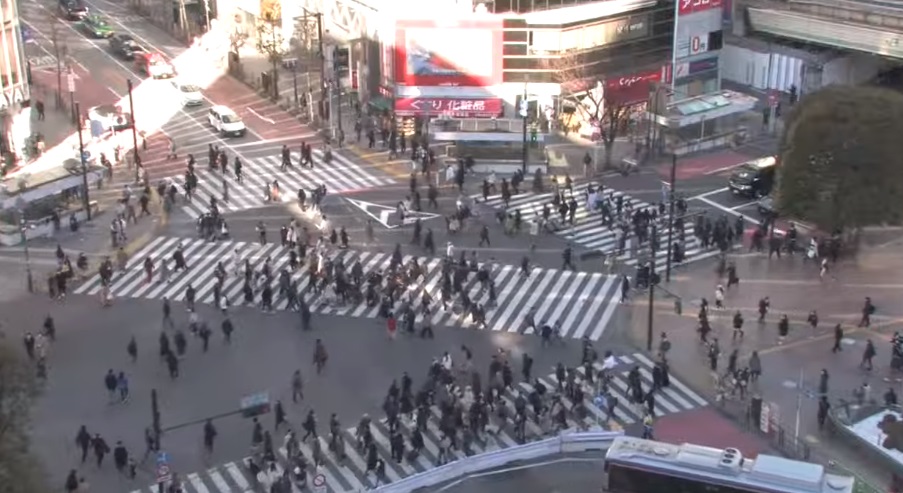 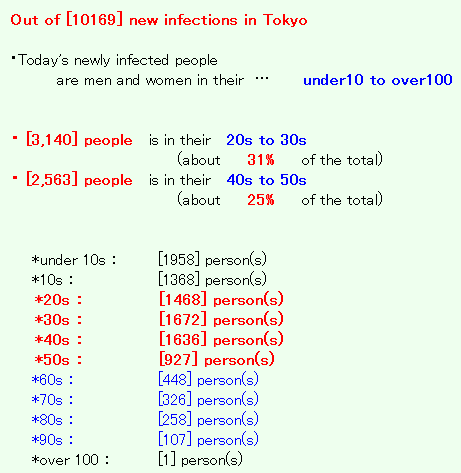 ・ There are [403] patients who are close contacts and have symptoms and are diagnosed with infection without PCRtest at the doctor’s discretion. 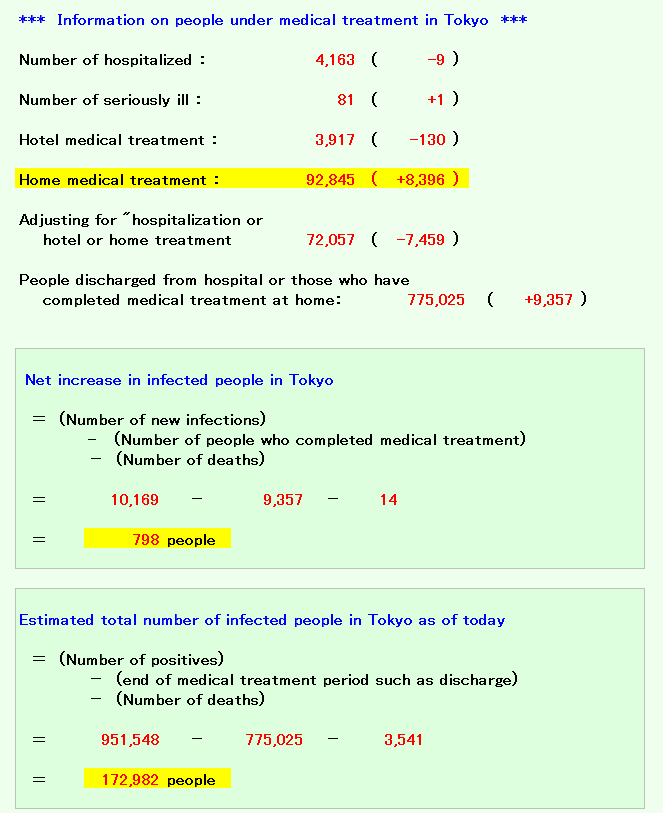 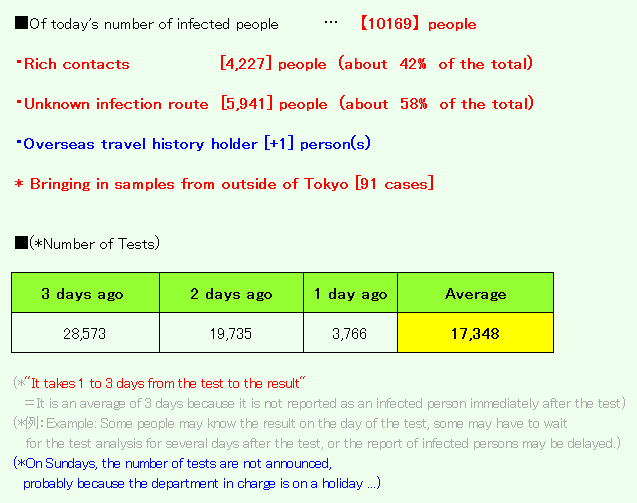 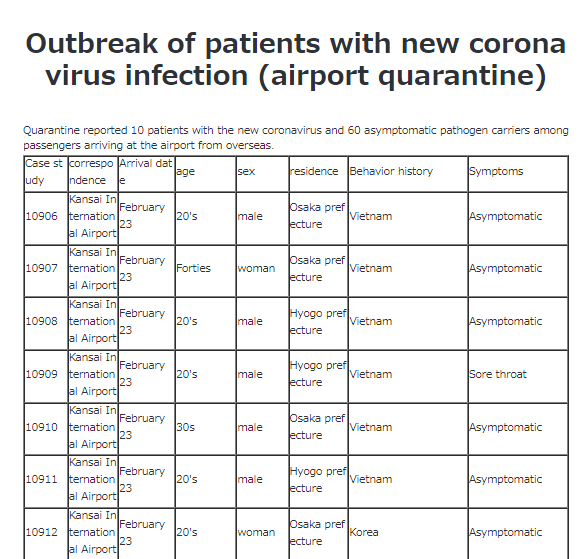 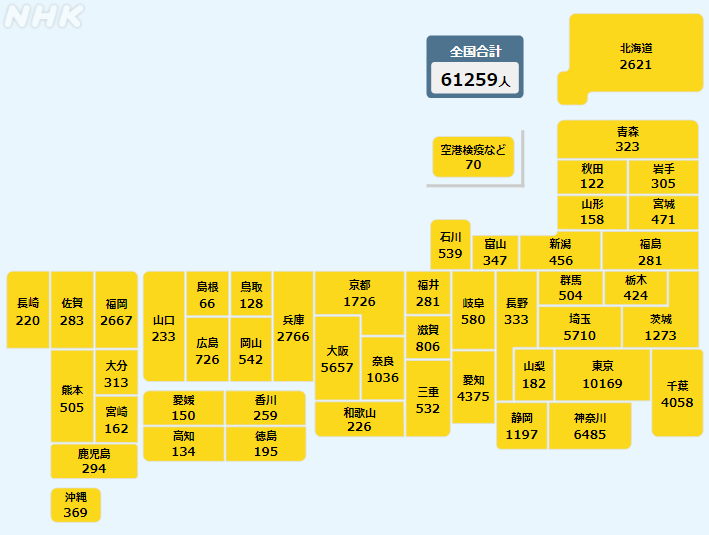 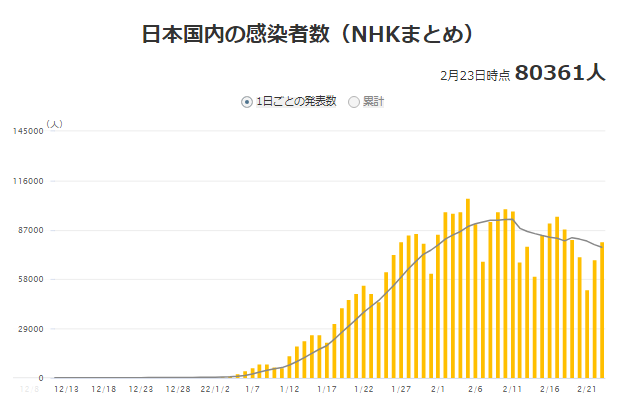 …is said not only by the government but also by news sites and the public…, but
in fact, the number of people who died is far higher than even that fifth wave last summer, and it seems to be the worst ever …

And the most scary thing is that “the sixth wave is still in progress” …
Am I the only one who thinks this is a number that shouldn’t be ignored just because it’s a small percentage …?

In Japan, the situation is still ↑,but

in the UK, COVID-19 is officially treated as a “normal cold” …

The current infection situation in the UK looks like this … ↓ 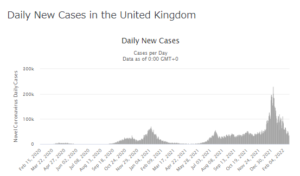 ↑ It seems that the number of infected people has decreased considerably, but it seems that it’s still close to 40,000 a day…

By the way, what happened in the UK after all is as follows.
①Completely abolish the obligation to quarantine infected people (February 24th)
②As with influenza, infected people decide what to do at their own risk.
↑Like this, it’s really completely treated as a “just a cold” … 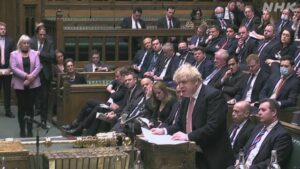 Prime Minister Johnson
“It’s time to regain confidence!”
“Let’s protect ourselves and learn to live in harmony with the virus without limiting our freedom.”

Well, I don’t think it’s premature yet, but I wonder if it’s still better just to come up with a policy like Britain, rather than a government that doesn’t say anything and do nothing like Japan …?

This time, the infection is really happening everywhere …

Regarding “examinees who could not take the common test for university admission due to the influence of COVID-19”, it seems that 22 examinees at 17 universities will be judged by the individual entrance examination of the university.

Of course, it’s natural, but it’s safe to say that the Ministry of Education, Culture, Sports, Science and Technology has taken great care of this…!

Even so …
due to the selfish “refusal of measures” by the Japanese government and economic organizations, and the selfish refusal of going out by adults,
things that are important to children, such as memories of children’s school trips and graduation ceremonies that should be memories of farewell to important friends and unrequited love, have been lost for two years …

I really want to get rid of this situation …