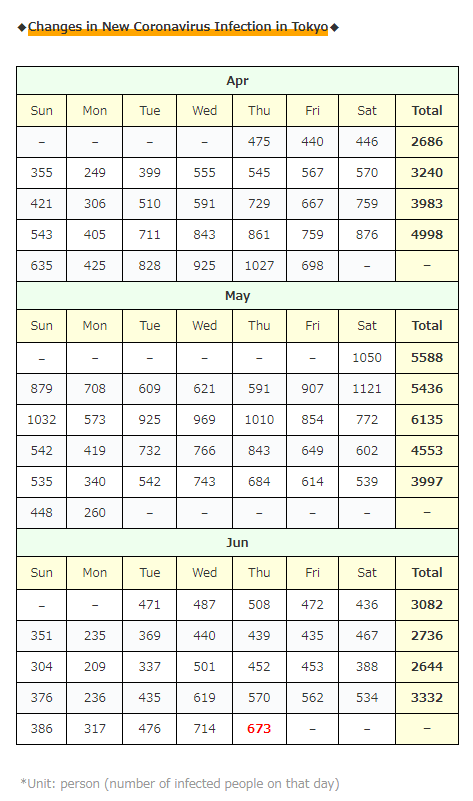 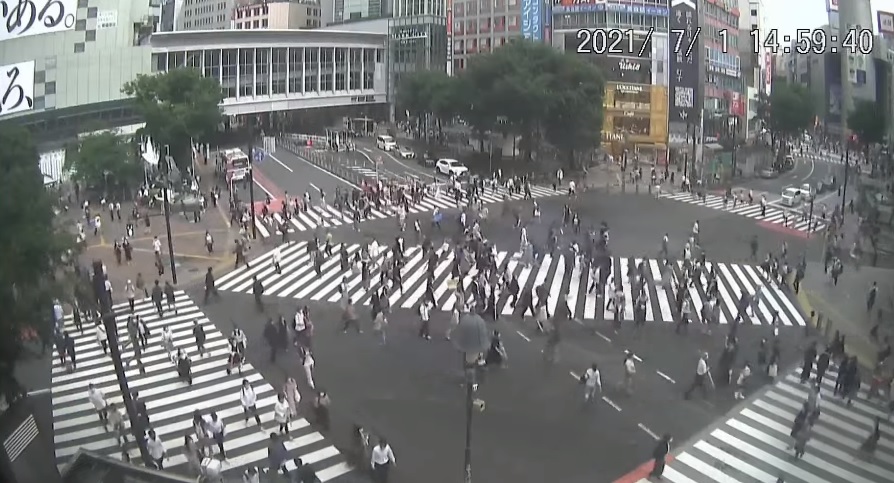 * Bringing in samples from outside of Tokyo [0 cases] 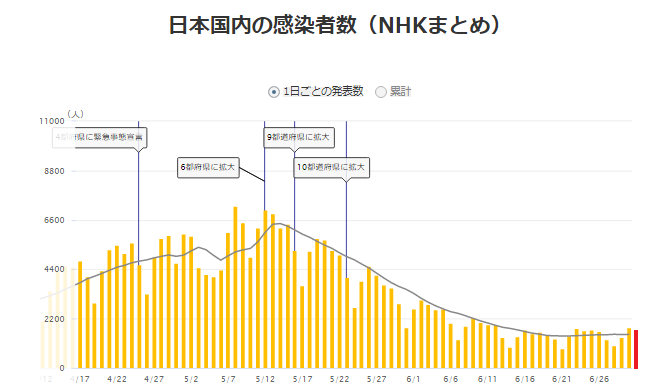 Looking at the infection status of the new coronavirus, in the latter half of June in Tokyo, almost every day, the number of infected people continued to be higher than the previous week … 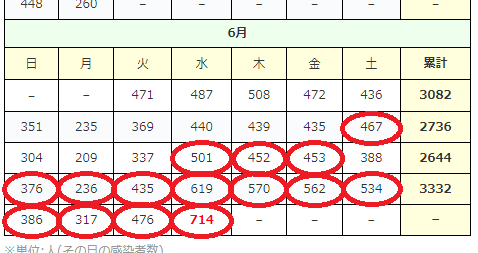 ↑ The red circle is “the day when the number of infected people is higher than the previous week”, but it is terrifyingly bright red …!

By the way, it seems that the infection has spread so far only in Tokyo at present …

↑ Obviously, the number of infected people is strange only in Tokyo …

And (as is the case nationwide), the recent infection situation in Tokyo looks like this ↓

(Number of infected people by age group in Tokyo) 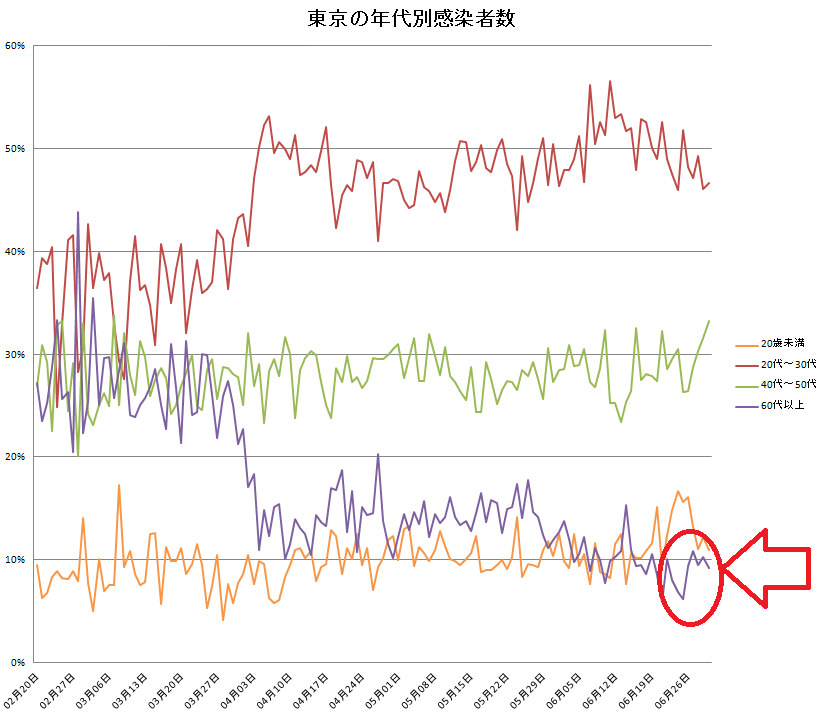 ↑ Probably with the increase in the vaccination rate for the elderly, the infection of the elderly is steadily decreasing! 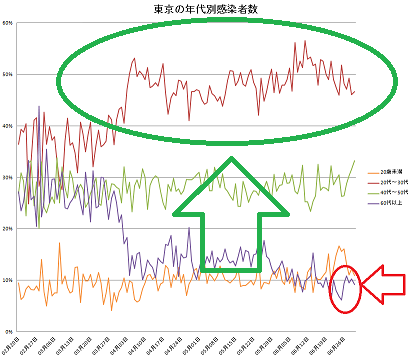 There was no noticeable COVID-19 related news today, and it was the beginning of the end of the month, so I’ve summarized the recent infection status!

↑(Unfortunately) We have to be prepared for the spread of infection …

Yesterday, it seems that an application for the use of a new coronavirus drug in Japan was submitted for the first time in a while!

Chugai Pharmaceutical Co., Ltd. seems to have submitted an application for approval, and it seems that there are two types of drugs named “casilibimab” and “imdebimab”!

In overseas clinical trials, the effect of reducing the risk of hospitalization and death by as much as 70% was confirmed!

It looks like a solid and safe drug that was also used to treat President Trump! 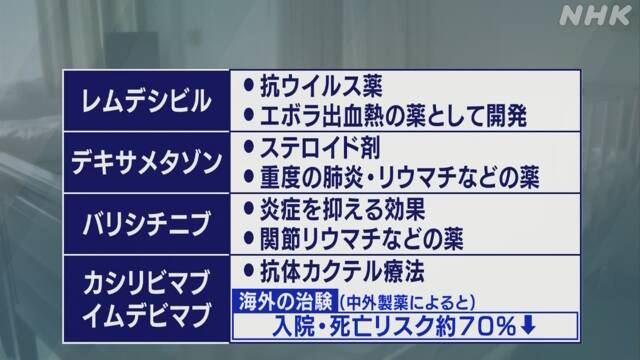 “Vaccines” and “therapeutic agents” are steadily appearing in the world, so there is no escape for COVID-19 anymore!

I hope the day will come when we can take a walk outside comfortably without a mask!