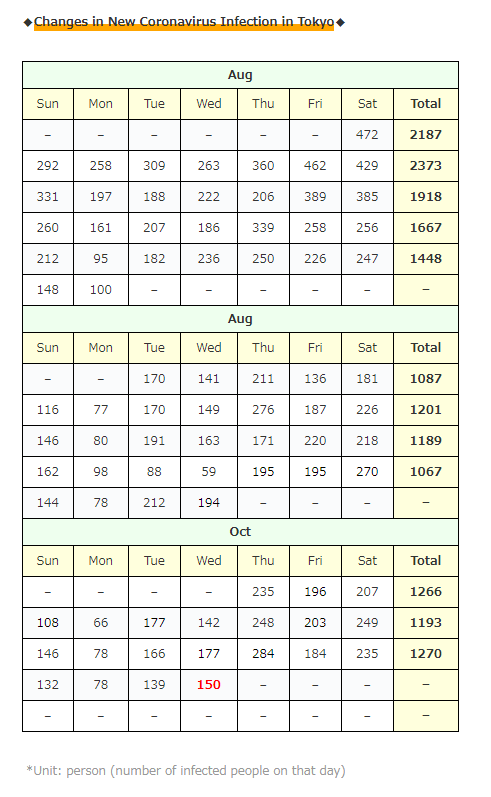 The number of new infections in Tokyo continues today, this week has been much lower than last week!

Tomorrow’s Thursday-Saturday will be three days when the number of infected people will increase even in a week, so I hope it doesn’t increase much here either!

・Infection in the facility [13] people

・ Outbreak of serviced housing for the elderly [7] people

Adjusting for “hospitalization or hotel or home treatment” ： 209 ( -5)

It wasn’t much news until today, but it’s about a large-scale outbreak in Aomori prefecture ↓

・Outbreak of restaurants with customer service in Hirosaki City [21 people]

* Before that, the total number of infected people in Aomori Prefecture was 43, which is doubled in these two clusters. ..

* The current hospital and restaurant clusters are connected by the 38th doctor … (* the person may not be the source of infection, because it was just first confirmed as positive …) 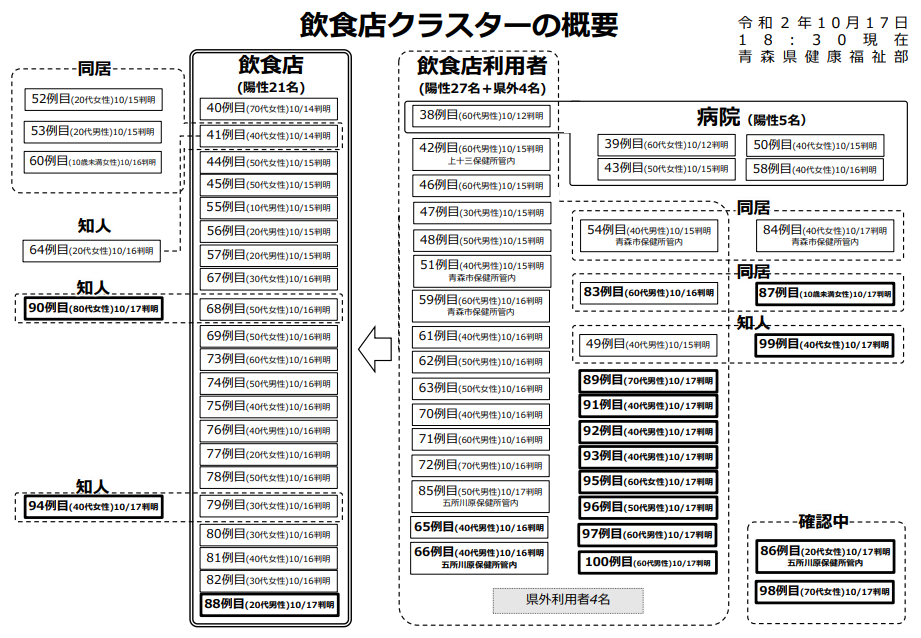 It was national news today…

It seems that 101 infected people have been confirmed in Hirosaki City, Aomori Prefecture, based on “restaurants with entertainment at night” …

And in Hirosaki City, in order to deal with this large-scale infection,

The source of the second wave in June is said to be “the entertainment district at night”, and I hope the government will take measures to prevent the spread of the infection from that places.

And to change the story, JR East seems to advance the time of the last train on the line running within 100 km centering on Tokyo Station …

It is “to secure time such as track maintenance and improve the working environment of maintenance workers”, and it seems that the decrease in passengers due to the new coronavirus (COVID-19) infection is not related,

30 minutes is too big impact for me! lol

And even from the hiring side, shift management will have to be done, which seems to be quite difficult .

By the way, it’s from October 21st today!

And the topic of the new coronavirus (COVID－19) vaccine!

As I introduced before (summary article on September 26), “Human Challenge” is said “it is research that after administering the vaccine under development to healthy people, it is intentionally infected with the new coronavirus (COVID－19) to check the effect”, and it seems to start in England from November 1st next month at the earliest!

②Administer the vaccine under development to other healthy people and deliberately infect it one month later to check whether the vaccine is effective.

③Doctors and scientists observe the health condition 24 hours a day

④Watch the progress for up to one year after the end of the research.

⑤The target is 90 healthy people between the ages of 18 and 30, and there are 38,000 applications from all over the world, including 55 Japanese.

In the previous article, it was from January next year, but as far as I can see from today’s article, it looks like it will start soon!

While thinking, “It’s a research method that is absolutely unacceptable in Japan …”, but I’m hoping that the vaccine will be completed as soon as possible.

* By the way, “Vaccine under development by Oxford University and AstraZeneca” does not seem to participate in this research.

The last is here

Since April, the number of foreign tourists has continued to be zero in Thailand, and it seems that the tourism industry, which is a major industry in that country, has been hit hard.

What is different from Japan is that in Thailand, “the number of newly infected people per day is 10 or less” is continuing!

After all, I want the government to do such mitigation after properly controlling the new coronavirus in Japan …

It increased a little today. ..

I found a great mask today!

It’s so epoch-making that I’m surprised … 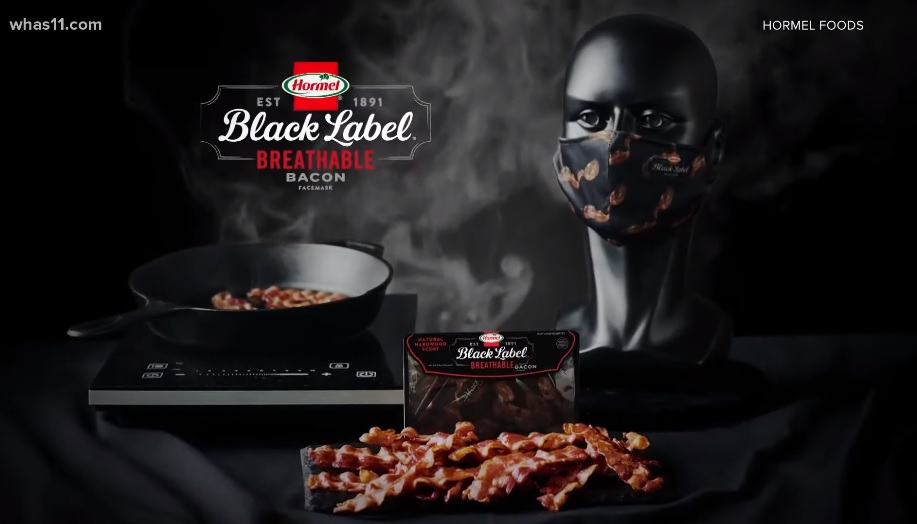 It’s a dream-like mask developed by an American food company called “Breathing Bacon” that “you can enjoy the happy smell of bacon anytime you are outside”! lol

Bacon flavor … The idea is so amazing! lol

By the way, it seems to be distributed free of charge, and it seems that you apply from the special site.

Can it be done from Japan??

As mentioned above, maybe you can only experience this year, so let’s enjoy the mask life anyway!