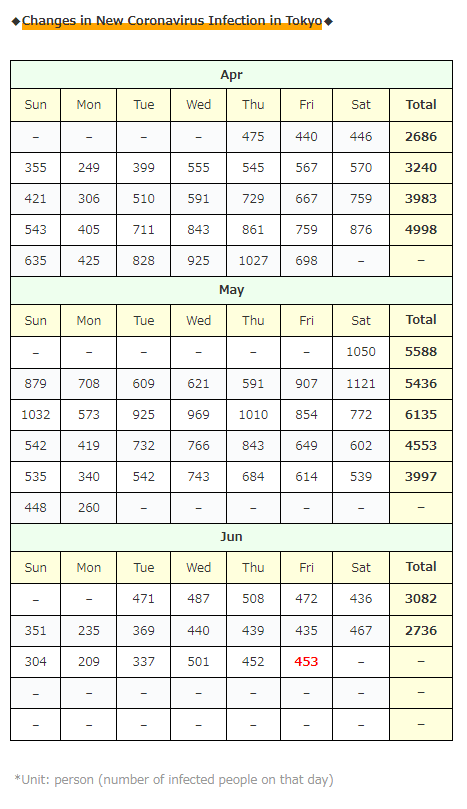 453 ( +1 from the day before) new infections confirmed in Tokyo.

On the other hand, there are currently around 500 people (MAX this week) …

Hmm … When I think about it that way, it doesn’t decrease much … 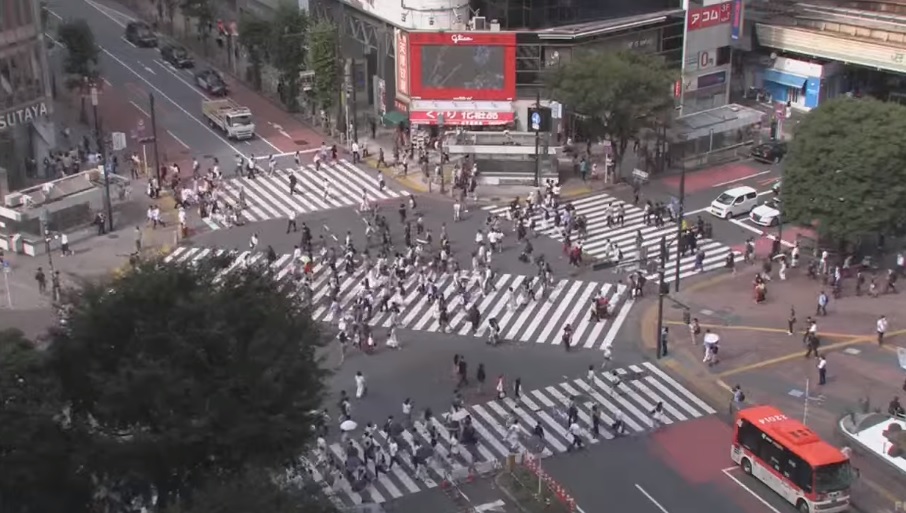 Adjusting for “hospitalization or hotel or home treatment” ： 553 ( +7)

Quarantine reported three asymptomatic pathogen carriers of the new coronavirus among passengers arriving at the airport from overseas. 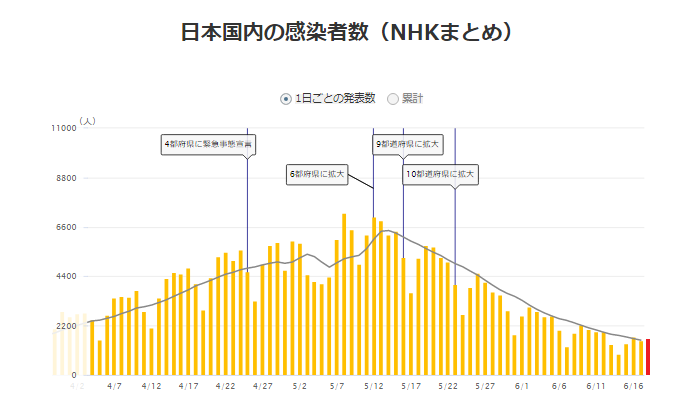 By the way, regarding the emergency declaration of ↑, it was decided yesterday that it will be canceled as scheduled on June 20, except for Okinawa!

●State of emergency
Okinawa only

*Both deadlines are until July 11th

Other than that, there was no noticeable information …

… Ah, there was one new piece of information! ↓

・PCR test for foreigners and media twice before entering Japan and daily for 3 days after entering Japan
・ Athletes do PCR test every day
・Media is concentrated in one private hotel.
→Dedicated vehicle for movement

But I think it’s okay to do a “daily” PCR test for everyone involved, not just the players …

By the way, here are the future measures for each region where the cancellation of the state of emergency to 9 prefectures has been decided ↓
(I’m soory but… it’s too much, so if you have an area you’re interested in, please read the article from the link)

Most prefectures have narrowed down the target area within that prefecture, and it seems that it is OK to serve alcoholic beverages at restaurants (although there is a request to shorten business hours).

By the way, the government says that the time to serve alcoholic beverages at restaurants is until 7:00 pm, but it seems that some prefectures have decided to serve it until 8:00 pm.

And it seems that Tokyo is until 7 pm.

And I would like to summarize the comments of Chairman Omi of the government subcommittee regarding the cancellation of this declaration.

“Releasing the declaration was a very annoying and complicated decision.”

“The number of infected people in Tokyo is not heading for stage 2.”

“I accepted the cancellation because the medical care provision system is improving.”

“There was also an opinion that the declaration period was long and the general public was reaching its limit.”

“In Tokyo, it is a sign of the spread of infection (1) Increase in the number of people in downtown areas at night (2) Increase in infection among young people has already occurred.”

“The increase in the number of people in the city of Tokyo has also increased for the fifth straight week.”

“Young people are unlikely to get as high a vaccination rate as older people.”

“Therefore, t seems that it will be a little later than October-November that the infection will be completely down and you can rest assured.”

Still, the state of emergency has been lifted …

By the way, as an aside, in conclusion, it seems that the Japanese government is not really thinking anything, because they are canceling the state of emergency just before the Olympics and accepting the provision of sake at the important venue, Tokyo …
(At first, I was wondering if I had some deep thoughts and were taking each measure …)

It’s just before the Olympics, but it’s a month away, and it’s enough time for the infection to spread …

I hope the infection never spreads as it is …

By the way, vaccination under the age of 64 has started yesterday at the large-scale vaccination centers of the governments of Tokyo and Osaka!

Of course, those who have been given a “vaccination ticket” from the local government are eligible, but it seems that there were some young people at the venue yesterday as well.

By the way … It seems that the vaccination reservations in Tokyo have already been filled up until June 27th, and the reservation start date after June 28th has not been announced yet.

(*By the way, it seems that the first vaccination limit will be considerably narrowed for one month after June 28 because it is the second vaccination period for the elderly.)

Even if the vaccination ticket arrives, it seems that vaccination will not be possible yet…

If I have time, I’ll go to a large-scale inoculation center in Osaka …(dry laugh)