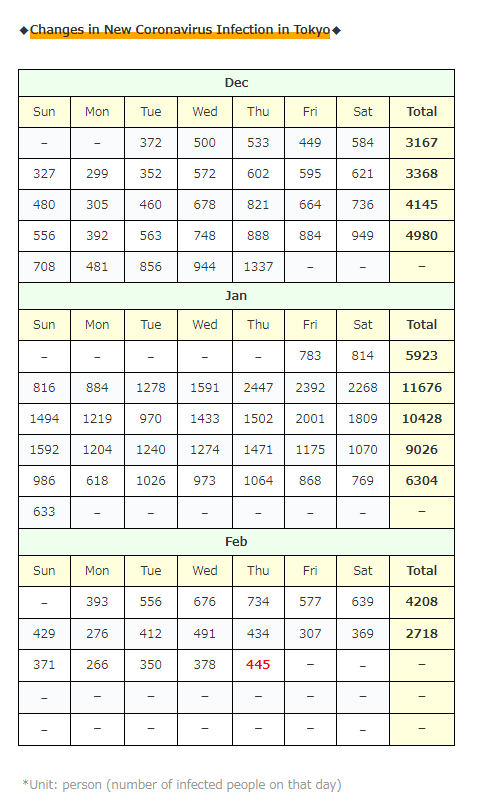 I’ve been thinking recently that the number of newly infected people in Tokyo is slowing down, but it has finally started to increase …!

However, the same Thursday last week is a holiday, so it’s hard to analyze … 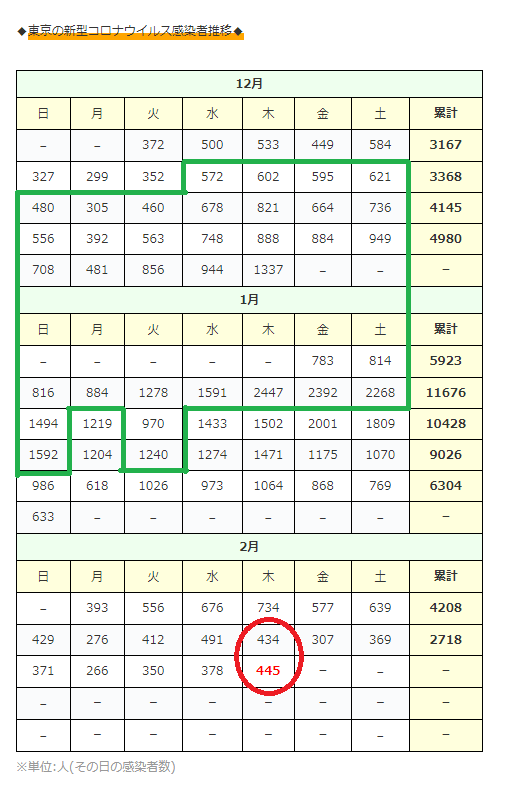 I hope it’s not a sign that the decline has stopped. .. . 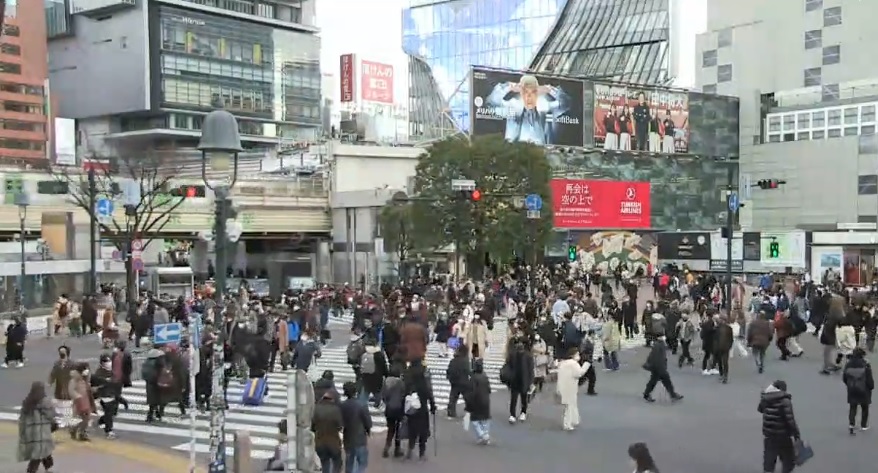 As usual, the number of people in the city is very large!

・Infection in the facility [73] people

* Governor Kensaku Morita of Chiba Prefecture seems to have stated that the guideline for canceling the state of emergency is “when the number of newly infected people continues to be 50 or less.”(*東京新聞) 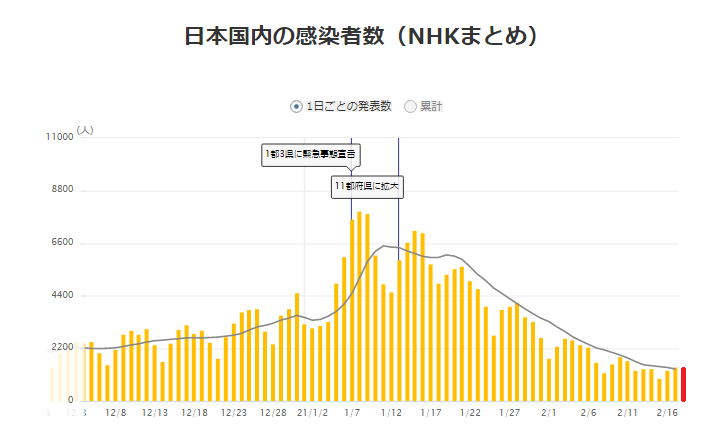 Well, yesterday, vaccination has finally started in Japan! But…

Prime Minister Suga said in the Diet’s reply as follows!

“Vaccination is the decisive factor in preventing the spread of infection, so I want to put an end to the infection.”

So far, the government has issued an “emergency declaration”, but it has not taken very strong measures just by issuing it = it was in a state of earning time until the vaccine came, so it seems to be the real start from here … !!

By the way, Japan’s leader in COVID-19 countermeasures, Minister for Economic Revitalization Nishimura,

“Since the number of unknown infection routes is increasing, I want you to continue to take thorough infection countermeasures.”

So the only solution is vaccines …

the inoculation situation is like this worldwide as of 10 am on February 17th! ↓ 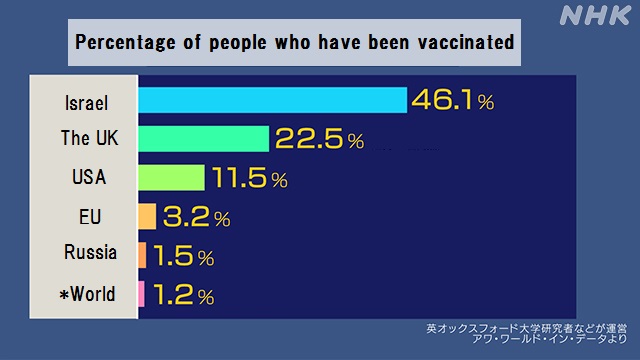 (*Part of the NHK image has been changed to English)

According to the article, the reason why the start of vaccination in Japan was delayed is pointed out as follows.

“The way of thinking about vaccines and crisis management is different from other countries.”

“Because it was properly clinically tested and approved by following the procedure.”

However, Japan has a track record of approving the American COVID-19 drug “remdesivir” in May last year in about three days without clinical trials.

(From that time, it was said that “it was approved immediately due to consideration for the United States”)

Since the Japanese government was behind in the supply contract, there are problems with the amount and pace of supply, but we have no choice but to hope that the government will speed up vaccination a little more …!

By the way, there was such news!

It is said that cancellation fee paid by the government = support money for hotels and travel agencies caused by the suspension of the “Go To (Travel) campaign” at the end of the year (← how to say lol) was over 60 billion yen!

The government is just giving out money like this because they have to keep the industry and hotels from going bankrupt, but it’s a little frustrating … (dry laugh)

However, the situation where everyone has to survive, and the vaccination has begun, so the patience is only a little more!