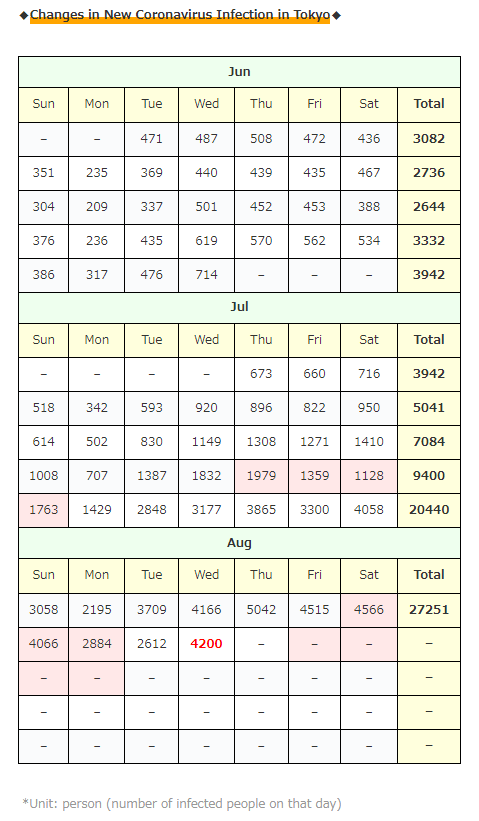 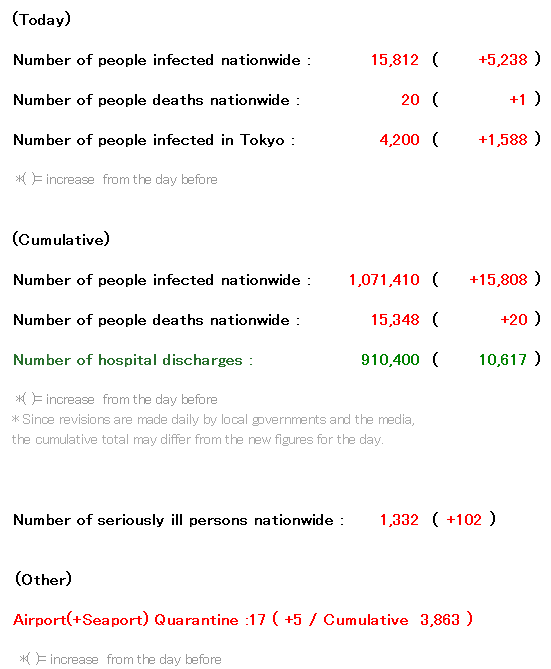 As soon as it passed “consecutive holidays + the next day”, the number of infected people in Tokyo suddenly returned to 4000 people …

Nationwide, the holidays are over today, and it seems that the number has suddenly reached a record high…
Since there are no new measures … no one will stop the spread of the infection, so the infection will not stop … 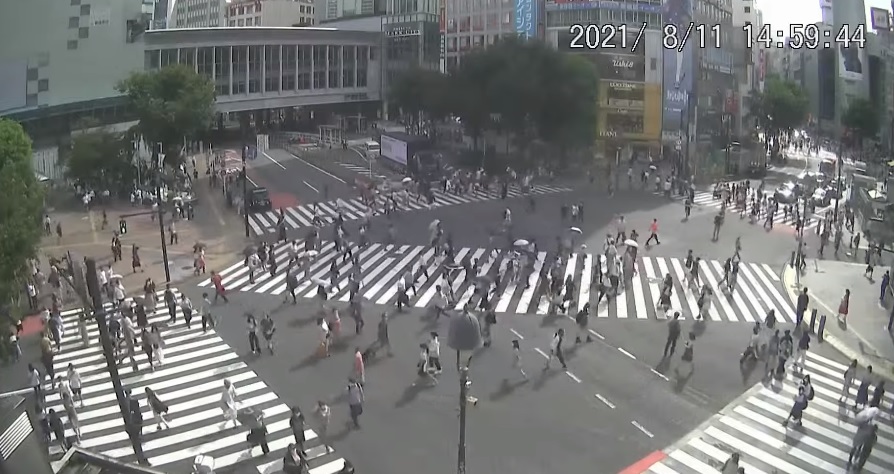 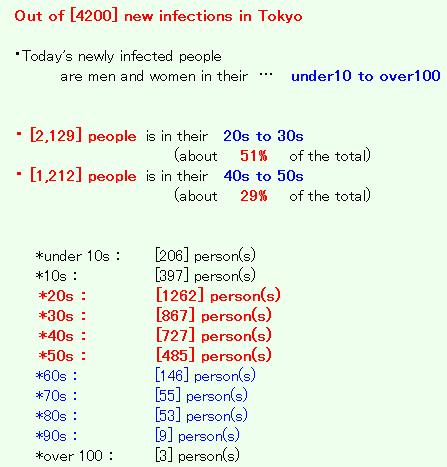 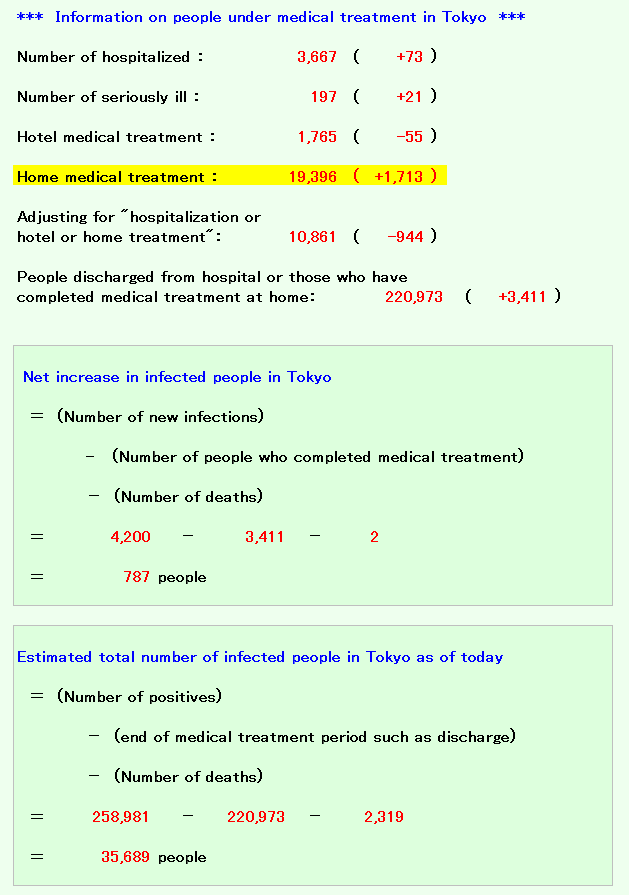 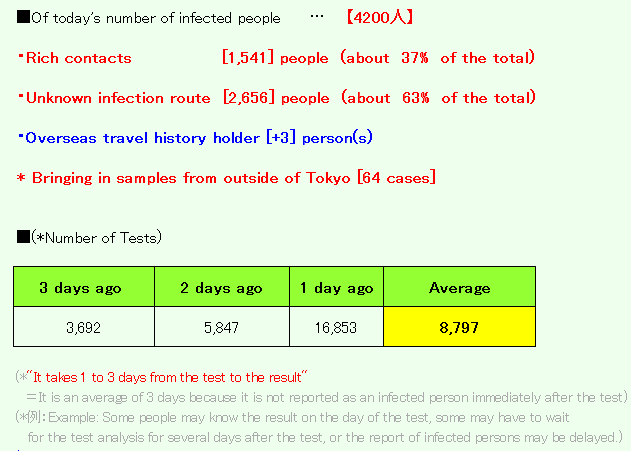 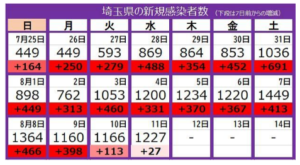 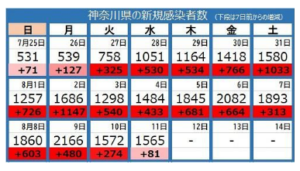 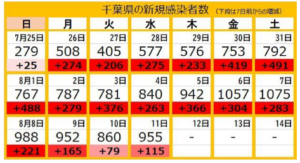 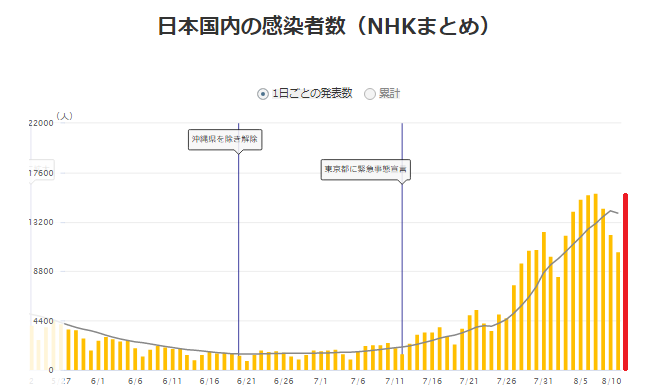 There wasn’t much news about COVID-19 today, so I’ll focus on data that is not usually reported!
..Because I think you’re watching the “graph of the number of infected people in Japan” on the news and TV … lol

would like to review the current situation in Japan and Tokyo before the Obon holidays!

(* All data are from Tokyo Metropolitan Health and Welfare Bureau and NHK!)

First of all, the number of seriously ill people in Tokyo! ↓

↑ The data is from February when the infection situation in Japan has settled down after the 3rd wave, but the current number of seriously ill people is “twice that of the 4th wave”…

By the way, I also make a note of the ages of the most seriously ill people in Tokyo these days! ↓ 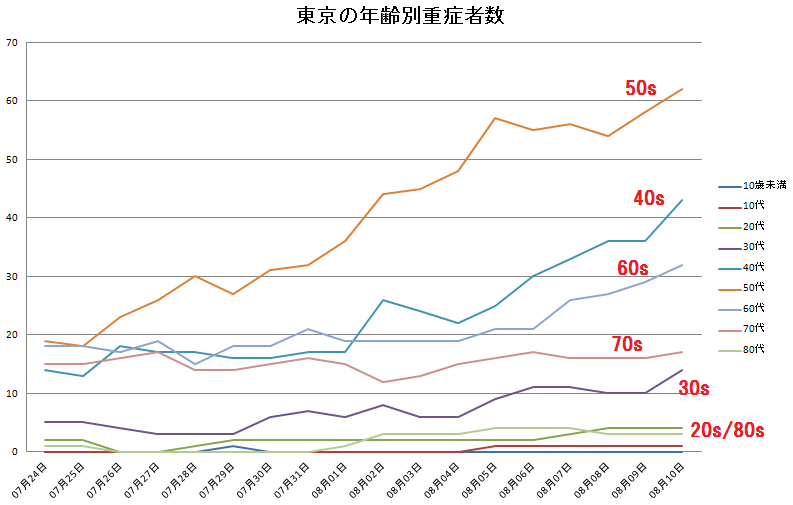 Next, the number of deaths nationwide is like this … ↓

It’s about the end of Obon to the end of August, but what will it look like …

And the current “infection rate by age” in Tokyo looks like this! ↓

And today’s last data is about the current total number of COVID-19 patients (including home care)! ↓

If you have any data you want to know, something you noticed, or something you are interested in, please feel free to let us know!
I will investigate!

Today, I reviewed the domestic infection situation with data!
What will happen after the Obon holiday …