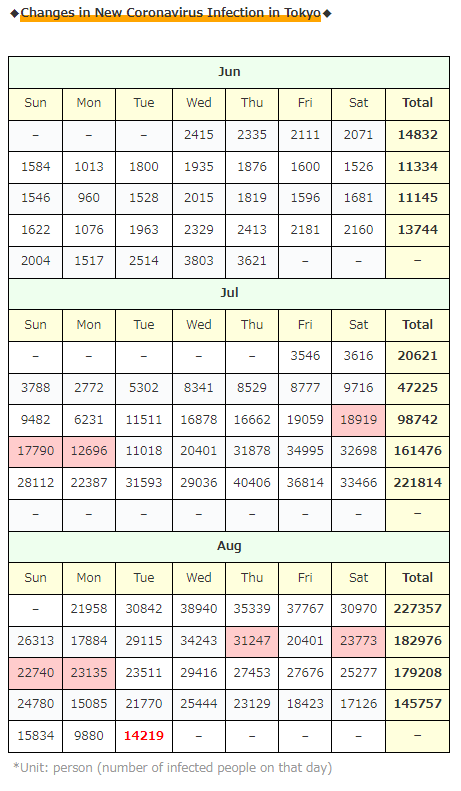 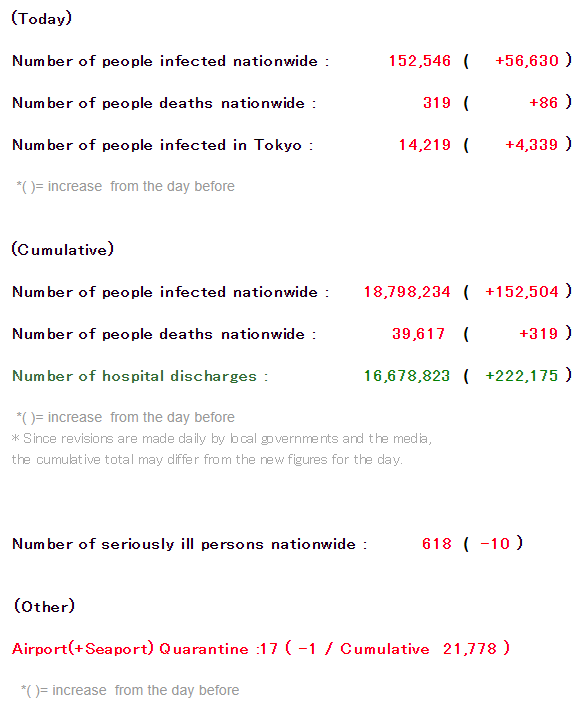 The number of infected people in Tokyo is…
It’s been 2 days in a row, and it’s reduced to 1/3 of last week!

I understand that it has completely declined, but how much will it decrease …? 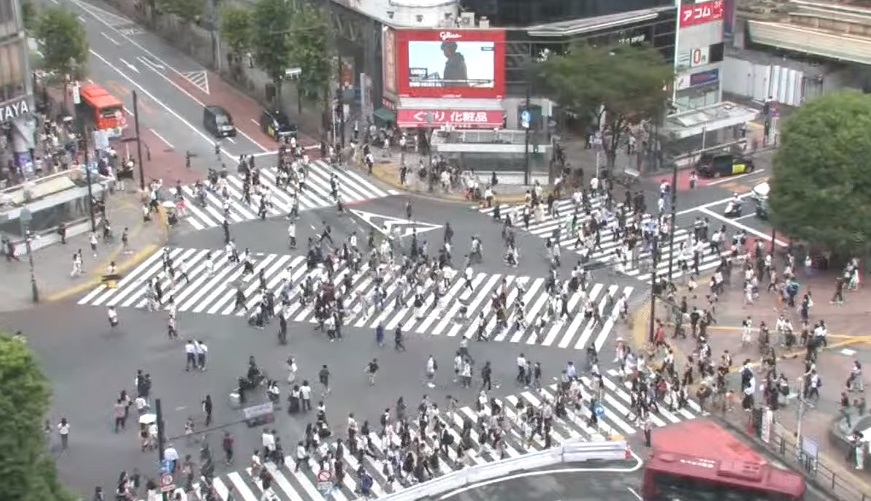 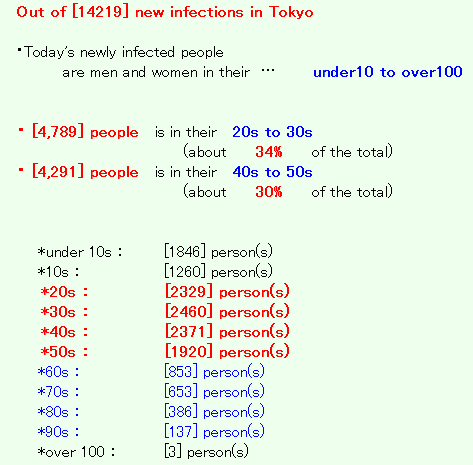 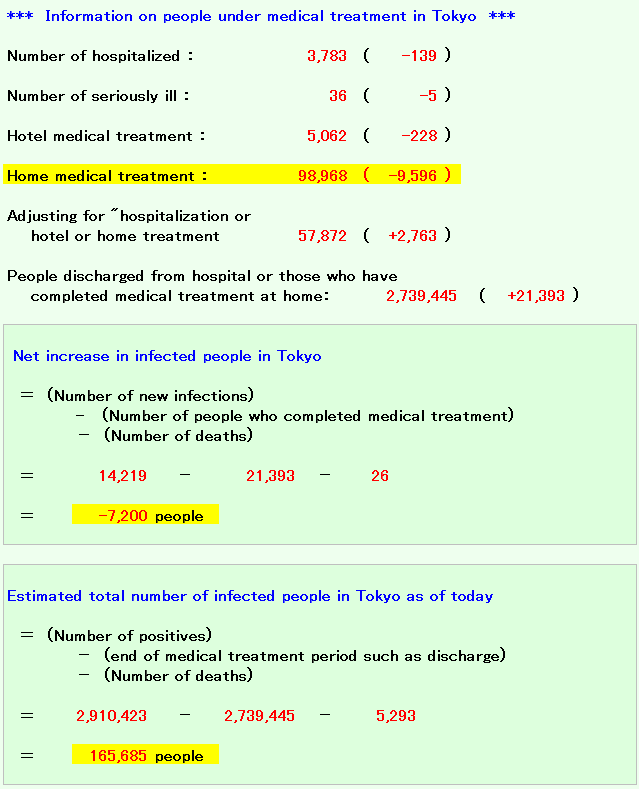 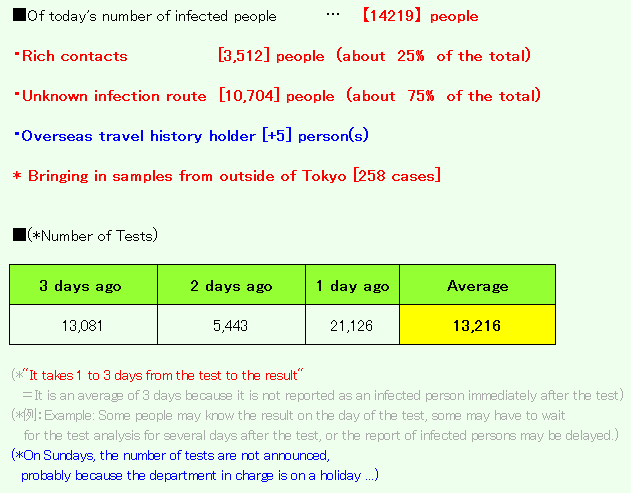 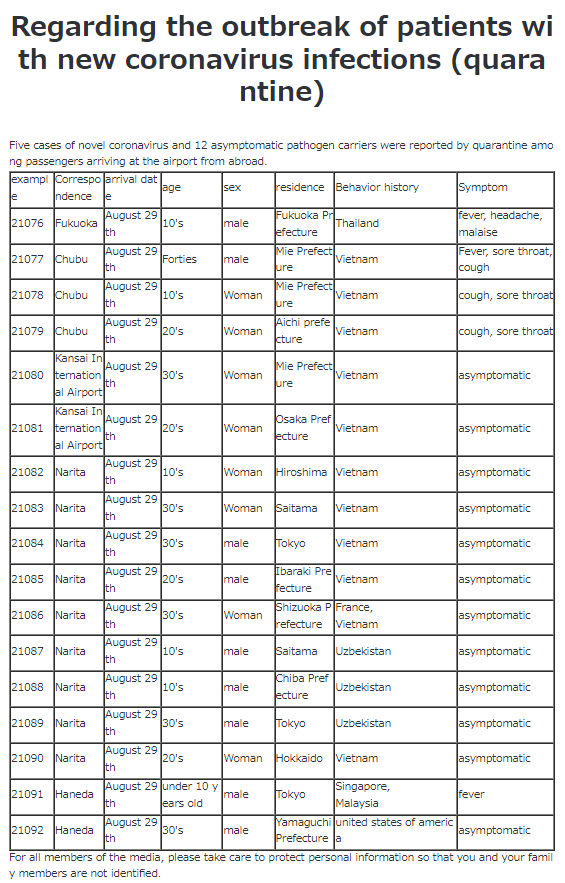 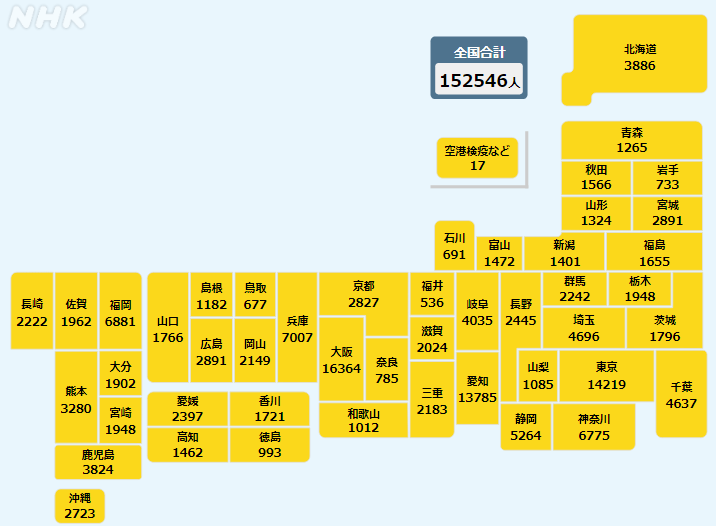 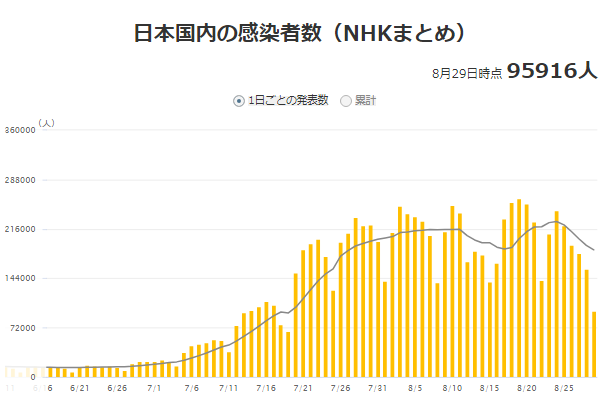 Looking at the recent news related to the new coronavirus, ↓

↑ it looks like a terrible situation, but when you look around the city, there is no such atmosphere at all…

a person who were recuperating at home because they were judged “no need to be hospitalized” died.

…In the first place, it seems that the “tightening of the medical system” is not due to the fact that people with mild symptoms go to the hospital, but to the “prolonged hospitalization of elderly inpatients”.

Well… in the first place, the spread of infection has been neglected so far, so there are distortions in various places, so it’s hard to say…

Well, it looks like the company has withdrawn its appeal…。

Aside from the effectiveness of the measures taken by the Tokyo Metropolitan Government and the Japanese government,
On what basis did you decide to run this company on your own?
And the court did not know much about infectious diseases, but what was the basis for the judgment?
…it looks like a trial that I don’t understand at all…

Come to think of it, it seems that the “Prefectural Discount” has also been extended.

As of June/July, it was already said that “infections will explode from the second half of July to August”.
And as a result of actually passing that period, the infection has actually exploded.

It is completely unclear what the Japanese government was thinking when they supported travel at this time, but it seems that the virus spread in Japan thanks to their carelessness.

As expected by the Japanese government…!