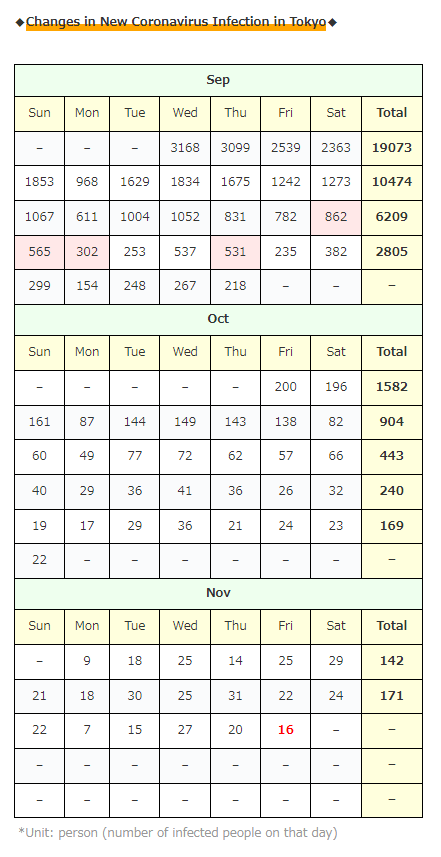 16(-4 from the day before) new infections confirmed in Tokyo. 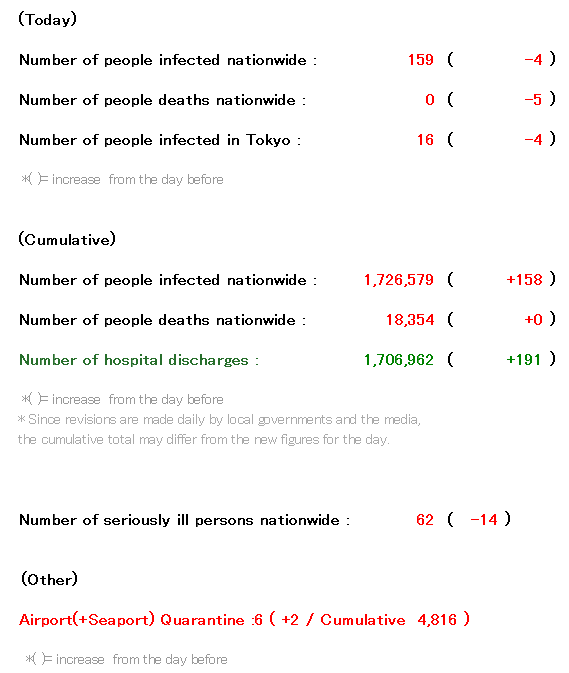 However, it is not such a big decrease, and since clusters are occurring frequently day by day in neighboring Kanagawa, it may be that the direction of clouds is becoming suspicious … 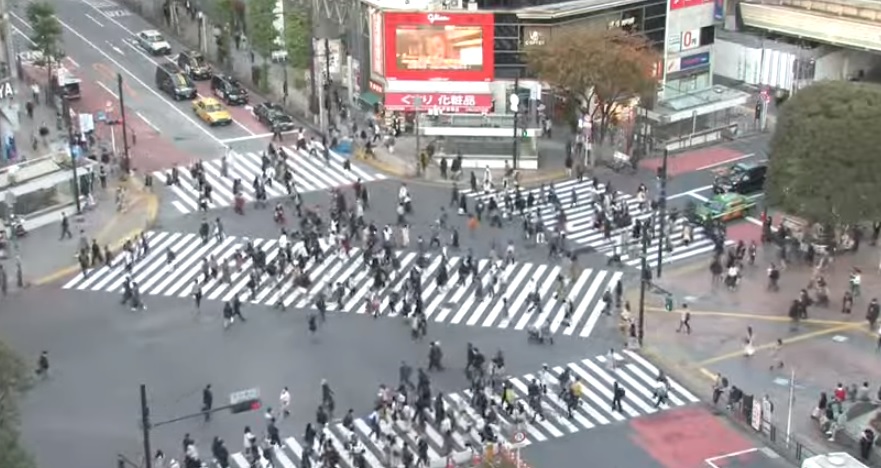 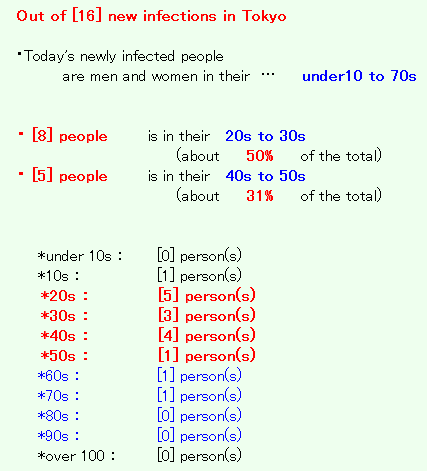 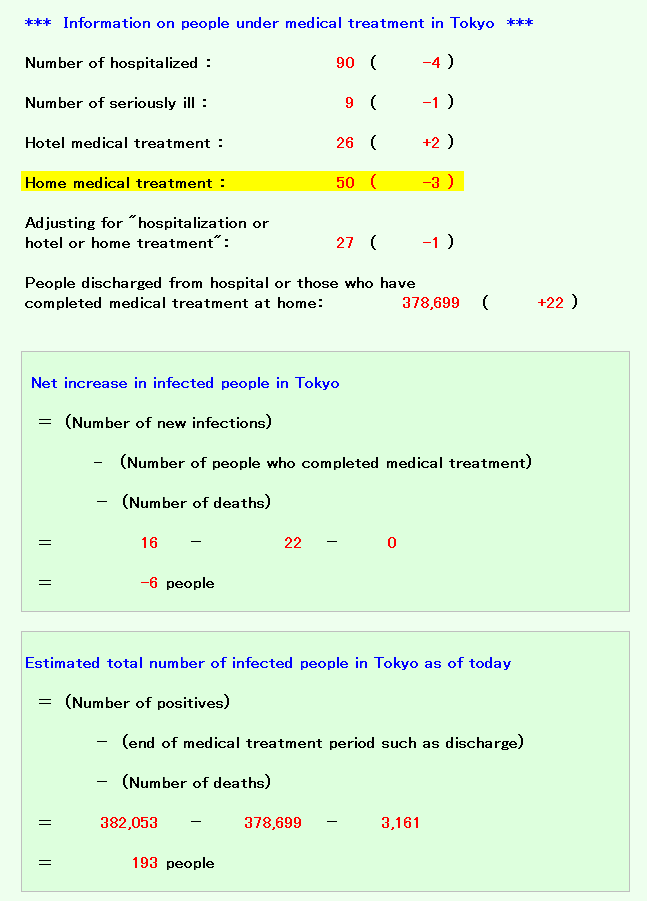 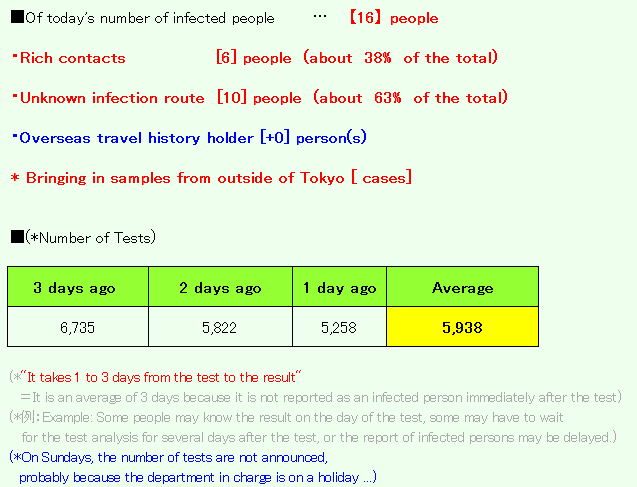 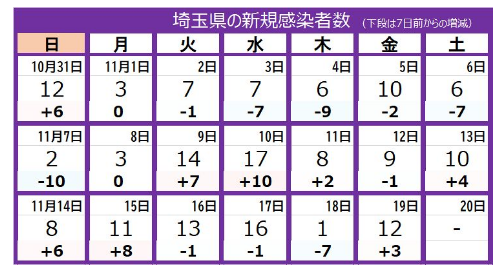 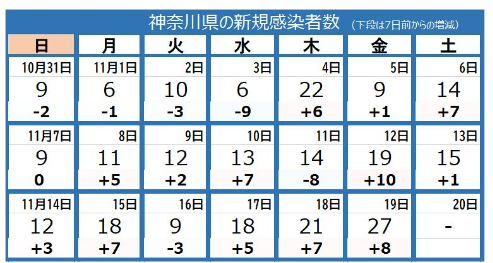 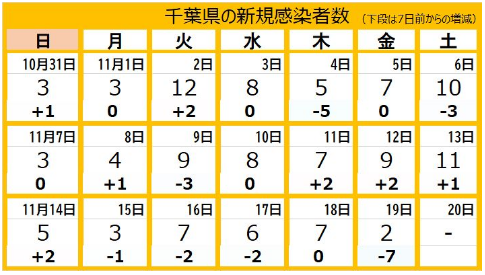 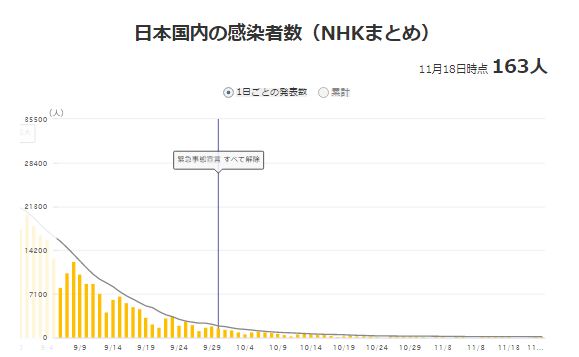 Since the other day, I have been introducing “Germany’s Infection Super Spread” many times, but it seems that there is no sign that the infection will stop after that …!

Since then, the number of newly infected people has continued to increase, reaching a record high of 65,371 on November 18th … 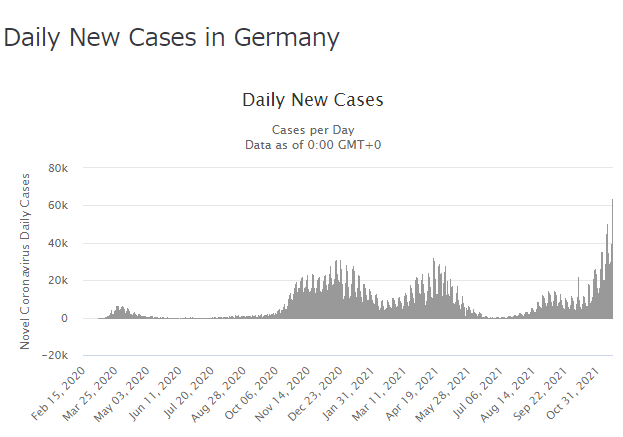 Globally, the “countdown to the huge explosion of infections toward the year-end and New Year holidays” may have already begun …

it seems that discussions have finally begun in Japan toward the establishment of an emergency use authorization system for vaccines …!

… It ’s natural (dry laugh)
Safety is also really important, but due to the usual procedures, Japan has been delayed in vaccination approval for months compared to other countries …
(* 2 to 5 months behind the US and EU)

Even so … Under this COVID-19 disaster, the government continued to say, “I will discuss when Corona calms down!”, but it never really timely discussed it at all, after the infection has subsided, we’re starting to argue … they’re crazy! It’s too late!!!!

“We will prepare a medical system so that we can respond even if the infectivity doubles from the peak of summer.”

It was written in a bragging manner like ↑, but from a different point of view…,

…the government still expects to double the number of infected people to about 50,000 !!?

This can’t be abbreviated anymore …!

They are too crazy …!

I don’t know if it will come during the New Year holidays or after that, but it seems that the “6th wave” has been promised by the Japanese government …

And today there was an article about the horrifying decisions of medical institution …!

It seems that the medical institutions in Gifu City had the following terrifying reality.
①60 doses of vaccine were used in 104 doses
②They used the vaccines that have expired

And what the doctor at the facility said about it is …
“The amount of vaccine was adjusted according to each physical condition.”
“It’s my own decision, but I have no intention of changing it.”

Well … it would be nice if the amount of antibody was the same as normal vaccination, but in fact it seems that 51 out of 55 people were deficient in antibody …

What can we do to avoid encountering such a vaccination officer?