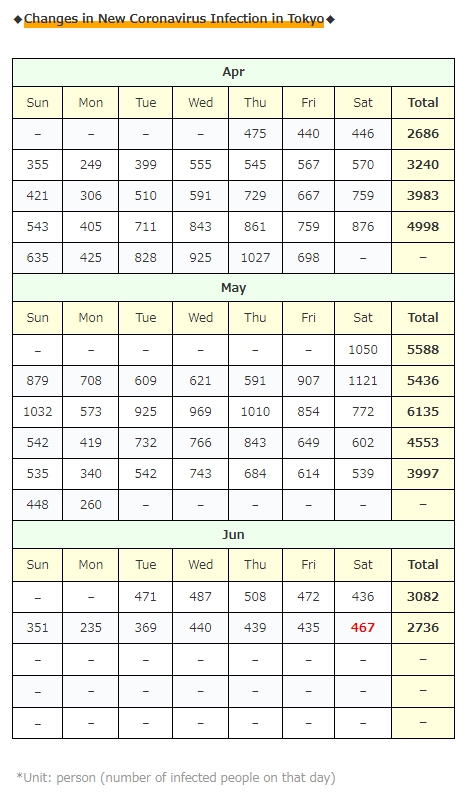 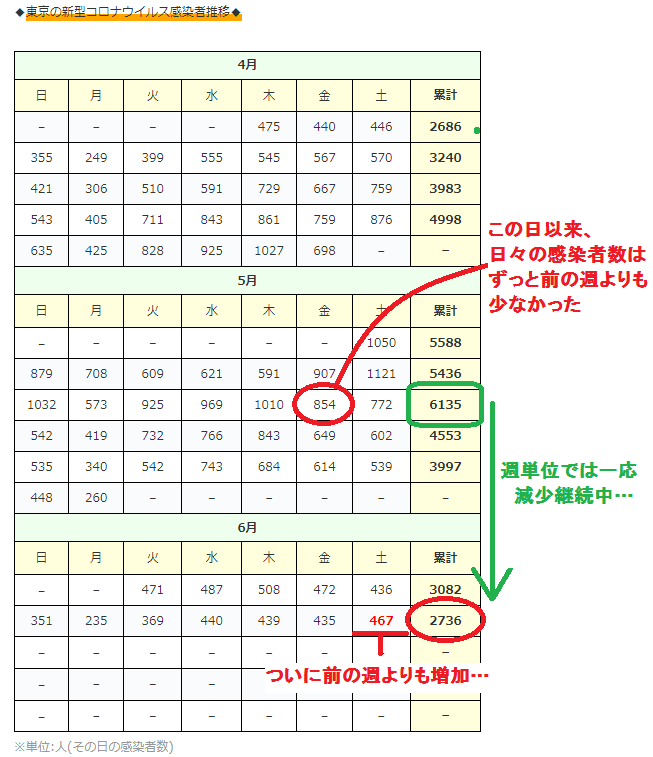 (* The total number of weeks is still decreasing (green), but for the first time in about a month, the daily number of infected people has increased from the same day of the previous week (red)).

Except for today, it continued to decrease throughout the week, so I thought that the total of the week would have decreased considerably, but it seems that it did not decrease so much. 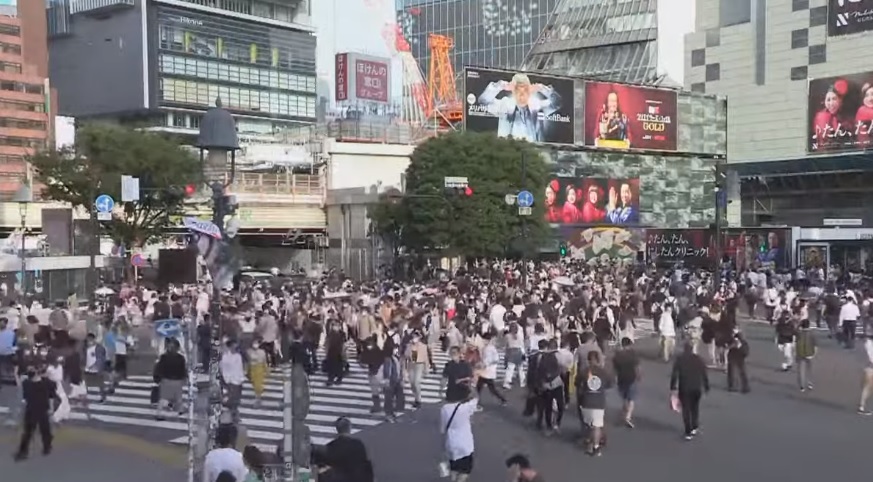 ・According to the person in charge in Tokyo, it seems that among the infections in their twenties, infections at drinking parties and travel are conspicuous. 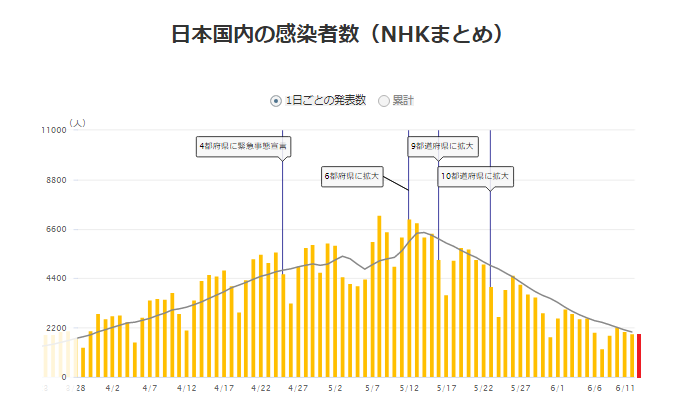 Indian variants (Delta strains) may be more symptomatic than expected …

Thrombosis has been talked about as a side reaction of the vaccine, but it seems that hospitalizations due to pain in limbs, discoloration of fingers, and thrombosis due to arterial blockage due to infection with Indian strains are increasing in India.

In some cases, patients have to amputate their fingers and feet once a week …

This is due to the strong infectivity and proliferation of the virus, and it seems that the virus penetrates deeper into the body than before, but it’s really scary …

The topic changes, but today there was news about what I wanted to know!

↑ The content of the article itself is that “the hospital’s ingenuity has doubled the number of vaccinations”, but in this article I found the following.

①According to national standards, it is assumed that one doctor will vaccinate 20 people per hour by mass vaccination.

②Up to 50 people can be vaccinated per hour by ingenuity of this hospital.

From the above, we learned the following.

According to the standards set by the Japanese government, one person is vaccinated every three minutes!

And depending on the method, it seems that one person can be vaccinated every minute!

It was information that would be useful when estimating the vaccination pace in the future!

And as the last news …

Minister of Health, Labor and Welfare Tamura said that it was an “appropriate decision” about the fact that public viewing of the Olympic Games was being canceled one after another!

On the contrary, I would be surprised if there is a place where people is watching the game in a group (lol), but…

I really hope that the infection will not spread again in the future!

By the way, there was also an article like this …

In Chiba prefecture, the test target for variant strains will be switched from “British strains” to “Indian strains”.

The reason is as follows…

“As 85% of infected people in the prefecture have been replaced by British stocks and are almost common, we will strengthen the monitoring system for Delta stocks, which are on the rise.”

After all, they haven’t been able to prevent the spread of British stocks …

Does it make sense to monitor it even though it can’t prevent it from expanding?

The Monitoring seems to be really like “just watching” …

Not only in Chiba prefecture but also in Japan, it’s like this all the time, so it’s already a headache …

Is there anyone who is capable? 🙁