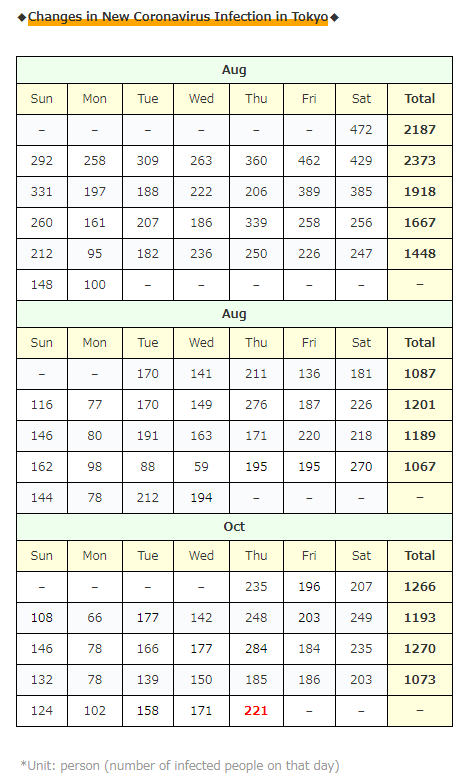 The number of newly infected people in Tokyo was in the 100s last Thursday, but this week it has exceeded 200 …

I tried it a little when breaking news on Twitter, 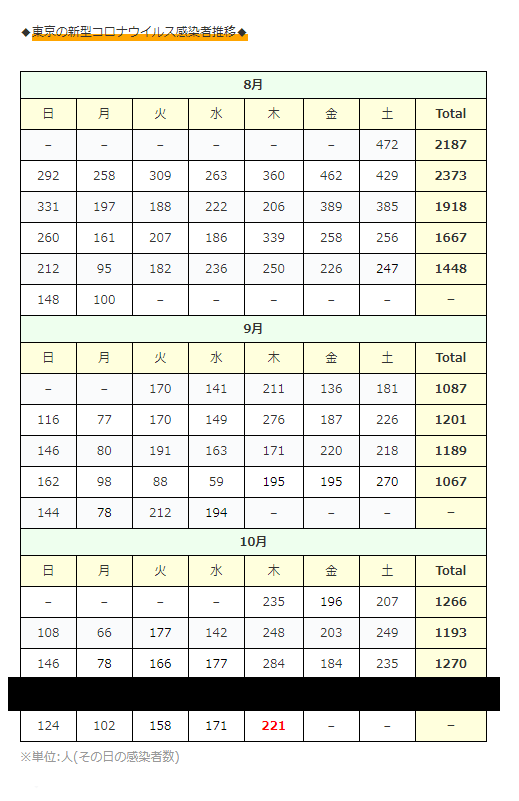 “Only last week was unusually low?”

When I tried to hide the numbers from last week, it seemed to change naturally…

*Also today, all of newly infected people in Aomori are this case…

(Wearing a face shield at the exchange meeting)

but family members will also be inspected)

Before going to the usual “Summary of articles I was interested in”, I felt that the number of newly infected people nationwide today is quite large, so I checked it with worldometer … 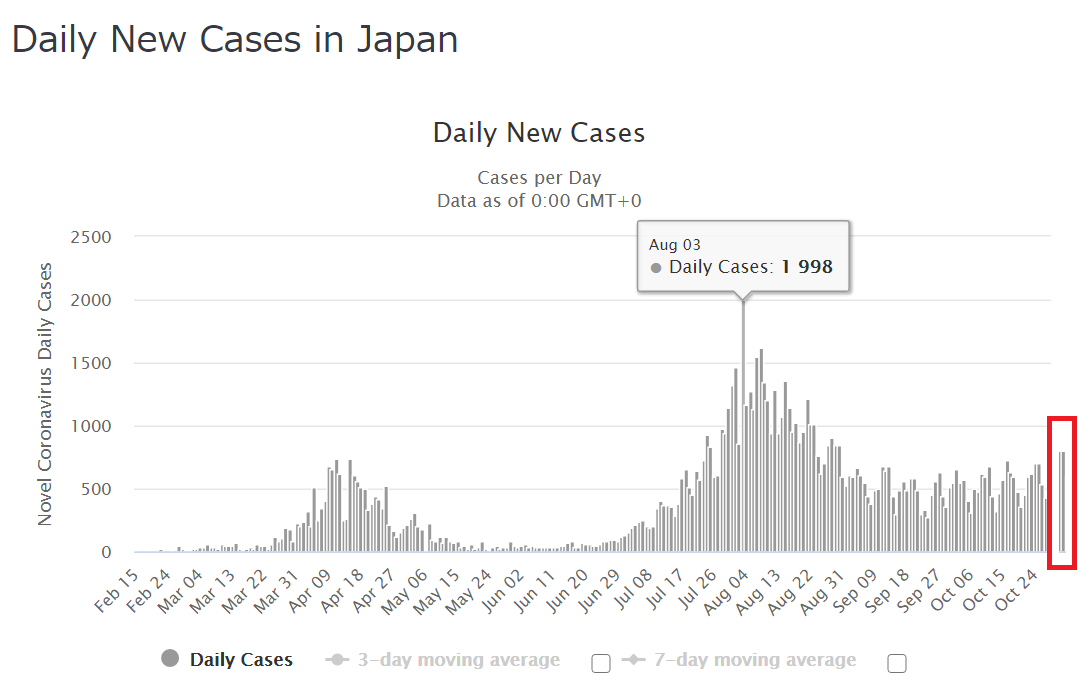 * Currently, this summary article is being created at 21:30, and since the final value has not yet come out, I am making the length of today’s [809 people] in the red frame.

Obviously there are too many! ??

When I looked it up, it seems to have been since August 30th …

Is it because the outbreak is too widespread …?

Today, I will introduce the contents of “Go To ~”!

The government is doing

Following that, it seems that preparations for the start of the “Go To Event” are steadily progressing!！

the registration of businesses participating in this “Go To Event” project has begun, and “Universal Studios Japan” has been selected.

you can get a coupon for purchasing goods equivalent to 20% of the ticket price!

It will be on sale on the official website of “Universal Studios Japan” from 10 am on the 30th tomorrow, and will be available after November 4th next month!

If this event can be used at USJ and Disneyland, it will be a huge amount of people! Lol

Next is the topic of overseas!

The news is introduced every day in this “Summary Article” that “the spread of infection does not stop outside Japan”,

infected people do not stop just by restricting business such as restaurants, and finally lockdown (city blockade) Seems to do …

The period is from the night of October 29th today, “at least until December 1st”. ..

This time it was different from the lockdown at the time of “1st wave” that they did in the spring,

・School will not be closed

・Some public services are in operation

・Factory and farm can be operated

By the way, when you go out, you need a “document certifying the necessity”, and “if you violate it, you will be fined as in the previous lockdown”.

Every country’s Governor like PM felt like “I don’t want to just lock down again”, but some countries have finally introduced it.

How much will the number of infected people change in a month in France?

If it’s a serious lockdown for a month, it seems that 0 infected people are not a dream …

(It is said that the virus has infectivity for about two weeks, so if you can thoroughly “do not give it to anyone”, it seems that it will converge in one month.)

And finally, the topic of vaccines!

The Japanese government has also signed a supply contract with a new vaccine candidate!

This vaccine is under development by Moderna of the United States!

It is said that the vaccine is given twice per person for 25 million people,

and supply will start in the first half of next year.

By the way, this Moderna vaccine is currently in the final stages of clinical trials in 30,000 people in the United States!

With this, Japan is currently in the following situation.

I wonder if it will be even earlier just in time!

And there is new information about the new coronavirus (COVID－19) vaccine candidate “ADZ1222” under development by Oxford University and AstraZeneca in the UK! (which I personally most hope for! lol)

With this announcement, it was once again reported that this vaccine “had a strong immune response”!

A strong immune response was also confirmed in older adults and the elderly, and it seems that the side effects (headache, etc.) were lower in the elderly subjects!

There was a similar report in the results of the initial stage of clinical trials in July, but even though it was confirmed that it was so clearly effective,

“Why did you interrupt it?” (crying)

Moreover, it had nothing to do with clinical trials of vaccines …

Well, it can’t be helped to mourn!

Even today, I was looking for articles related to the new coronavirus (COVID－19) and found news that had nothing to do with it …! Lol

A wireless earphone that is a collaboration between FULL-BK and ONKYO has appeared and will be released on November 10th! 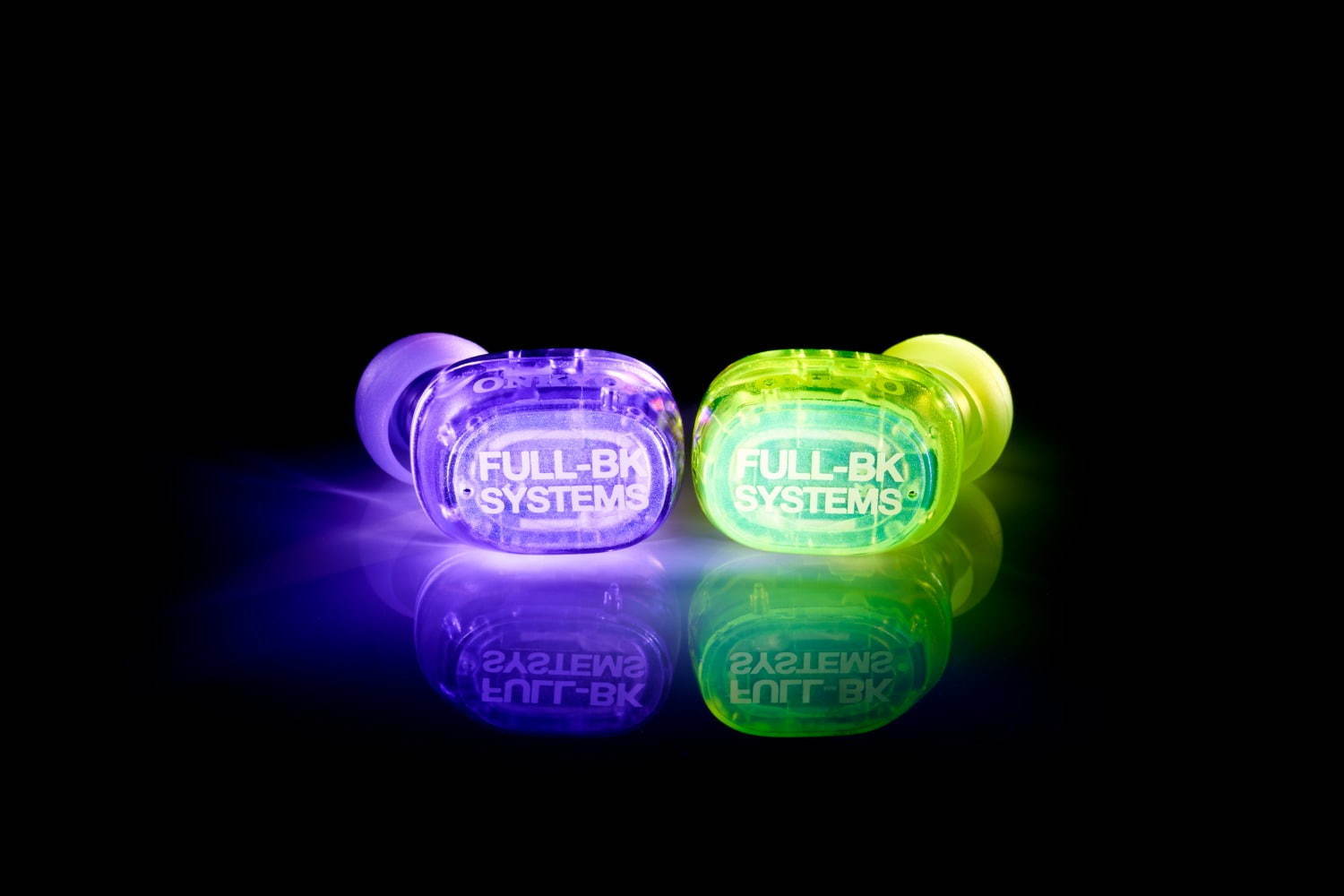 It is said “The sound is good, and skeletons are rare for wireless earphones, so it’s fashionable!” in the article.

Above all, I was fascinated by this photo … 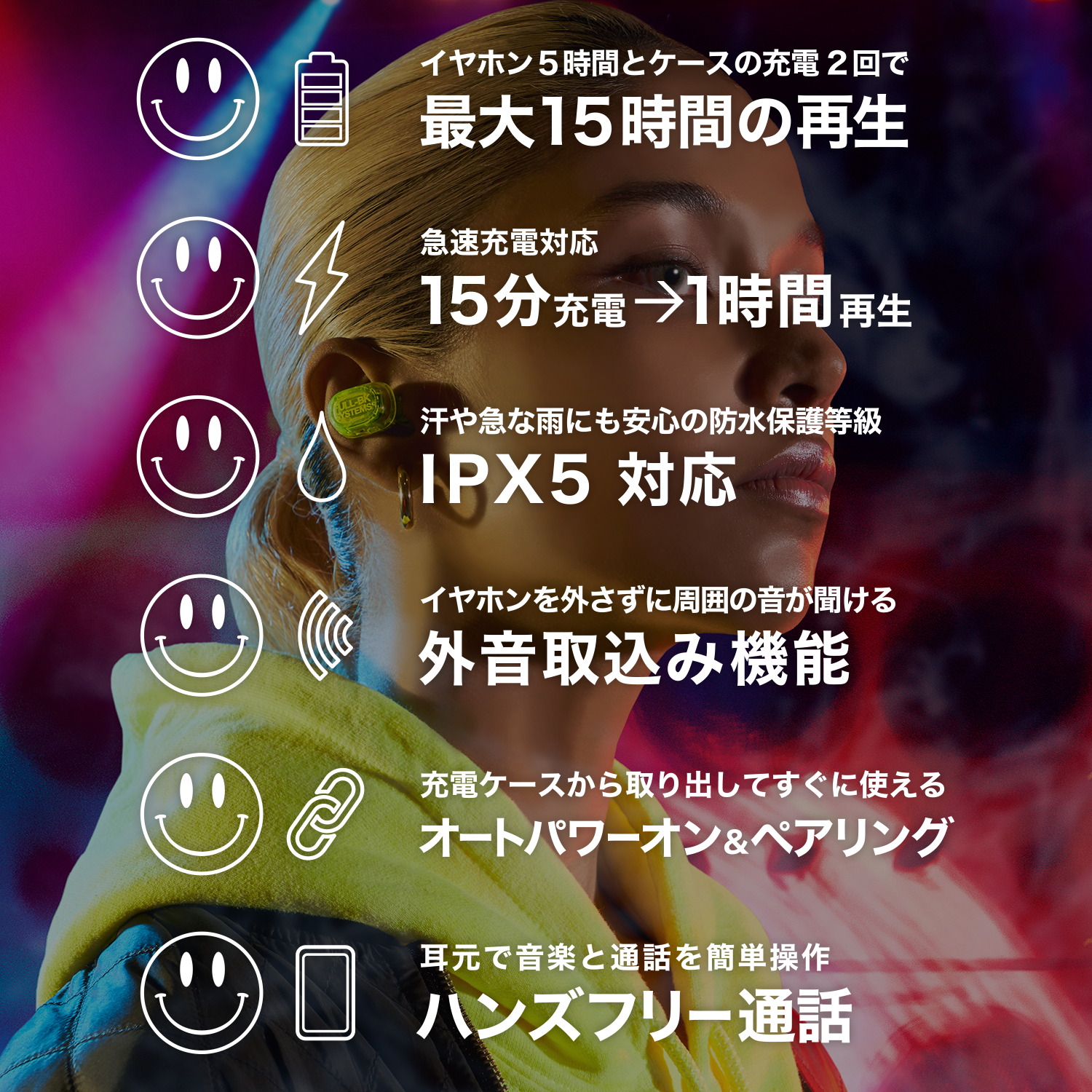 And can I say what I thought?

Maybe everyone thought too!

“I wonder if this earphone shines …?”

I’m really curious about it!