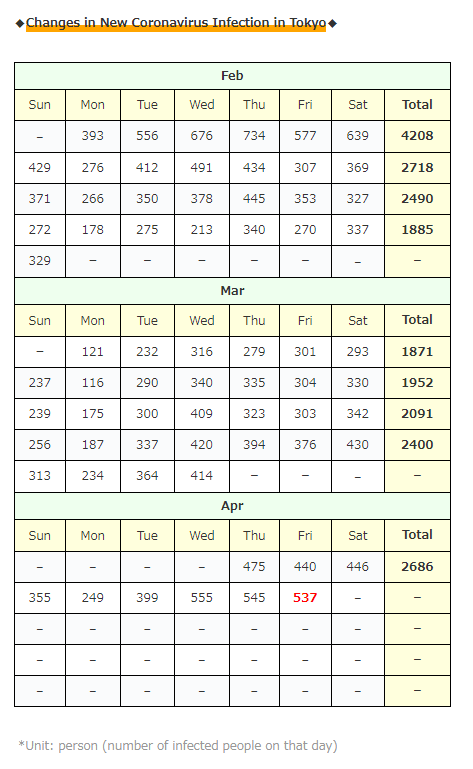 537 ( -8 from the day before) new infections confirmed in Tokyo.

The second wave peak in August last year was over 400 people and despair struck.

However, after the 3rd wave, the fear that no one will make much noise even if it exceeds 500 people … 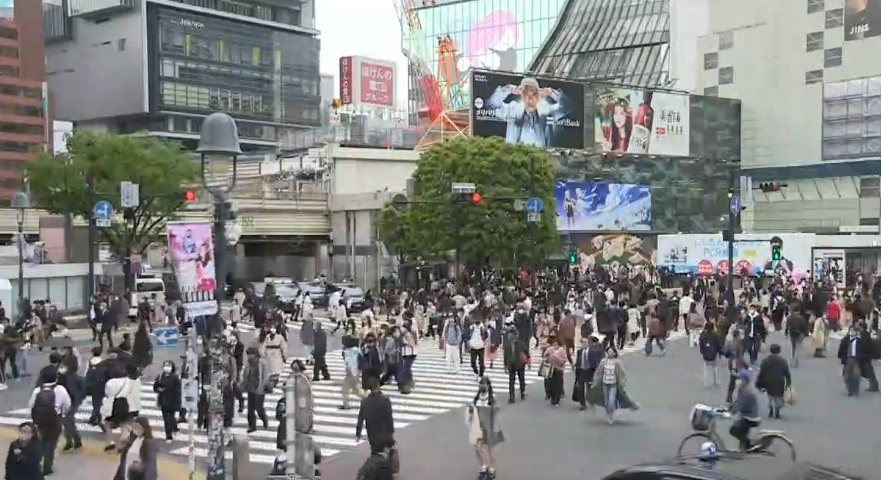 Adjusting for “hospitalization or hotel or home treatment” ： 813 ( -5) 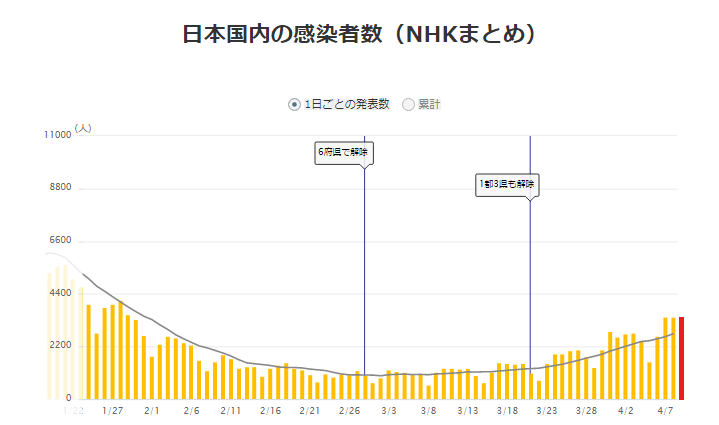 What have you been doing so far ?!

It seems that they made a proposal this time because “there was a sign of the spread of the infection at the time of the third wave, but the decision to take strong measures was delayed, so it was a big spread.”

In addition, there was a difference in views between prefectures and the government when making stage decisions.

Well…, it’s natural to decide that from the beginning…

What is our government doing?

And recently, “Priority measures such as prevention of spread” has become a HOT word …

We think every day, “What’s the difference?” ?? Lol 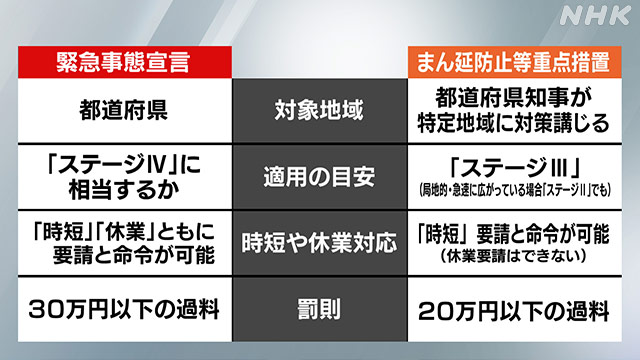 ・The state of emergency can issue a closure order to restaurants, etc.

so…, Hmmm … it doesn’t seem to make a difference!

As you can see, it’s been a year since the infectious disease spread, but the government is only flawed, but I hope this fourth wave really doesn’t spread any further …

The topic of “Relationship between AstraZeneca vaccine and thrombosis” for the past few days is as follows, according to the announcement by the EU health authorities!

・Most cases of thrombosis within 2 weeks after vaccination occur in the veins of the brain and abdomen of women under the age of 60.

・Pfizer vaccines should be used by people under the age of 30 instead of AstraZeneca, as the rate of occurrence in the younger population is only slightly higher.

There is no chemical evidence, and it is said that there were more cases than expected, so WHO also said as follows.

“It can be relevant, but it hasn’t been finalized yet.”

I wish they would announce it after it was clear …

And I want them to be it (chemically) clear!

I … I have no problem with the AstraZeneca vaccine, so I’d like to get the vaccine right away …! Lol