The number of newly infected people in Tokyo is close to 200, so I felt a lot, but in fact, it was the lowest number for “Tuesday” in about a month!

・Infection in the facility [11] people

→Outbreak of “Satsuma no Sato”, a special elderly nursing home in Kamagaya [1] person(s)

A video showing how he looks energetic was posted on President Trump’s Twitter, but it seems to be quite painful if it is a video taken by the general public…

Trump appears to be wincing in pain while he breathes pic.twitter.com/YKhGhu0VN0

I pray that President Trump will heal soon!

By the way, President Trump seems to be rolling up Twitter after leaving the hospital…

“The stock market is high, vote”

“The army is stronger than ever, vote”

If I look at his Twitter while thinking that way … ↓ 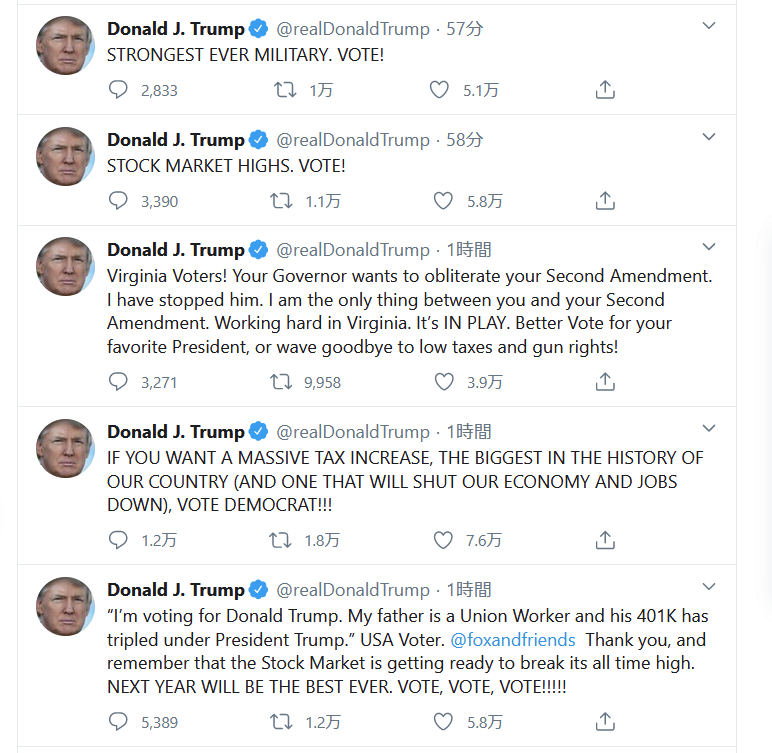 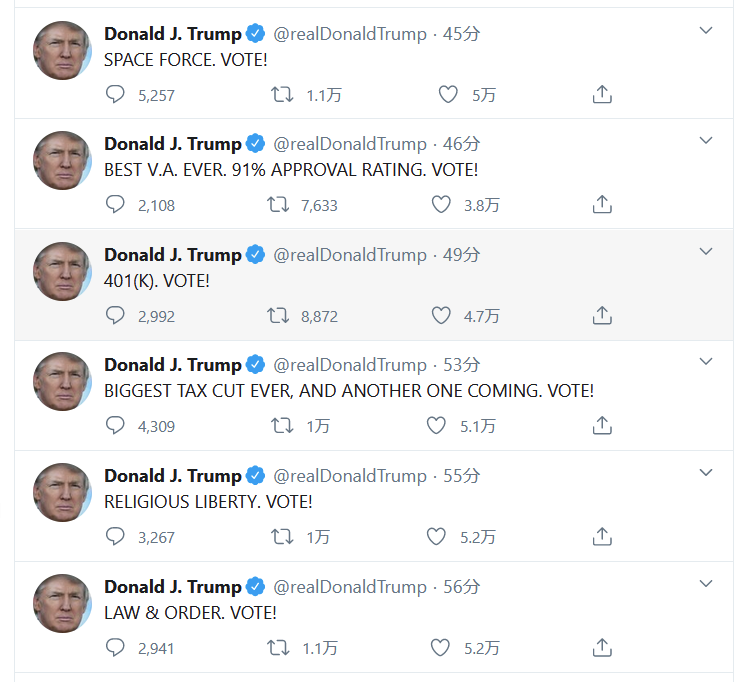 It seems that thousands of “September count mistakes” have been added, but it’s amazing that 10,000 people continue every day …

In Japan, it seems that an outbreak of training SDF personnel has occurred.

It seems that about 190 young female members from garrison locations all over the country participated, and 28 of them are currently confirmed to be infected.

But … rather than “training,” the 28 are 28 of the 44 in the same class who rented a bus and barbecue on holidays during that time …

Also today, the rough technique of “Go To Eat”, or the tricky technique, was also talked about.

(* Because the calculation method is per reservation)

⑤The shop is in trouble

It seems to be the flow …

Especially for shops where only one item is requested via the reservation site (Torikizoku in the article), a customer transfer fee is charged to the reservation site, and even though it is one item, they stayed for a long time, so it seems to be very troublesome… 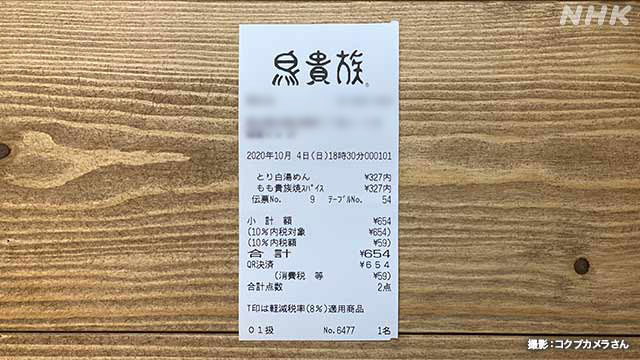 It might have been better to decide the “minimum usage amount” …

Oops, I’m sorry. The voice of my heart has come out. Lol

And the last is this

According to the Dutch news agency that summarizes these reports, it seems that about 20 cases have been confirmed so far.

“Isn’t it difficult to prevent re-infection because the amount of antibody “IgA” that prevents infection at the entrance of the body decreases in a short period of time?”

If it’s more likely to mutate than the flu, it’s okay to reinfect it a few months later, not a year later …

All of the vaccines under development seem to remain virus-free for (at least) months, and in any case, get the vaccine sooner …!

I haven’t received much news about vaccine lately …

According to WHO (World Health Organization) estimates, about 10% of the world’s population has been infected with the new coronavirus (COVID-19) so far.

The world population is 7.7 billion …

For those who are undergoing medical treatment nationwide are

Only a few people have increased today.

So far this week, the number of newly infected people has been low in both Tokyo and the whole country!

I hope it will be controlled as it is …

It’s cramped for a while, but let’s be careful about infection prevention until we have full control!