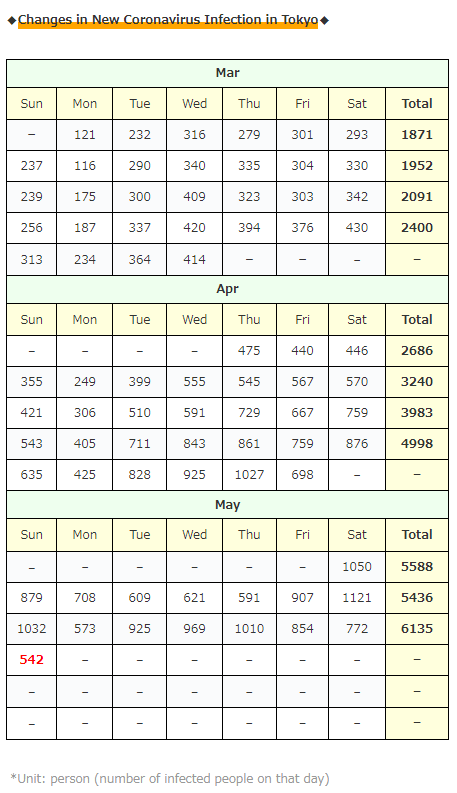 The number of newly infected people in Tokyo has not increased unexpectedly …!

The number of infected people was not so high today (in recent days), so I hope this is a sign that the increase has stopped … 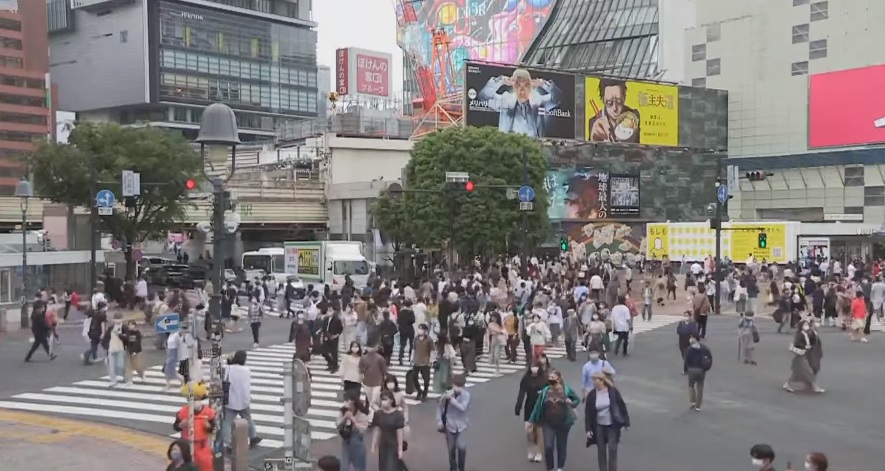 *Among the infected people counted today, there are [17] cluster relationships, including the above… (Other than the above, add 2 or less each) 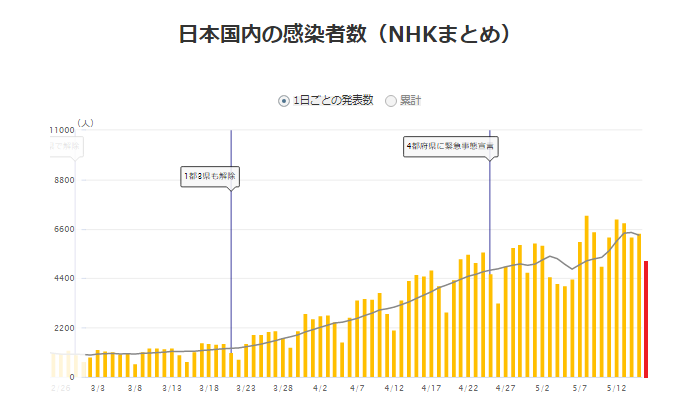 By the way, according to the data released by the Ministry of Health, Labor and Welfare, the number of recuperators is stage 4 in 23 prefectures …
(*As of May 14 / 療養者数ステージ４、２３都道府県に拡大 – Yahoo!)

And in connection with that …

The contents that “Everyone was aware, but no politician pointed out,” was finally in the news!

Of the areas covered by priority measures such as prevention of spread, about half of the areas have applied for application after the infection has already spread (after stage 4) …!

It means that if we don’t choose a decent person as governor, we’ll be in a bad situation …

Although it is such a domestic situation, it seems that Chairman Omi of the subcommittee still says, “It is not a nationwide spread.”

Apparently, the Japanese government and subcommittees want to respond to each region in the same way as the global trend of infection control.

Since Japan is an island country, I think it would be good to completely eliminate the virus from the island (limited range) … 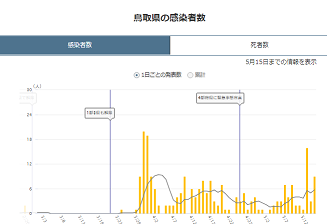 By the way, until this week is the period when the influence of GW is expected to come out …

I hope it will peak out without a big explosion of infection …!