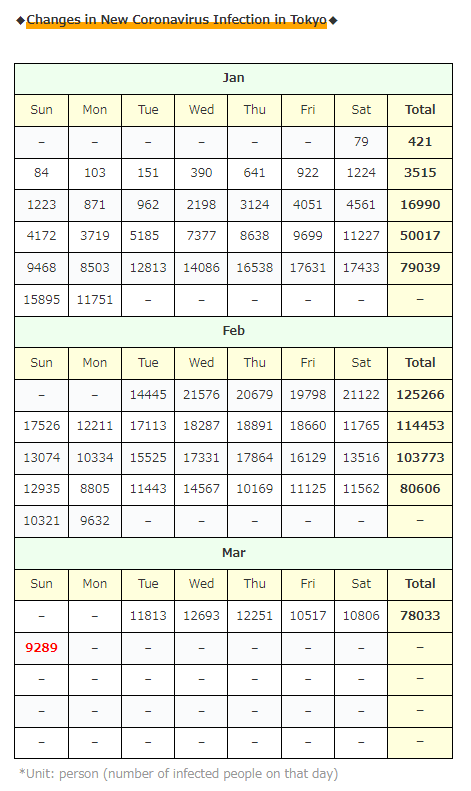 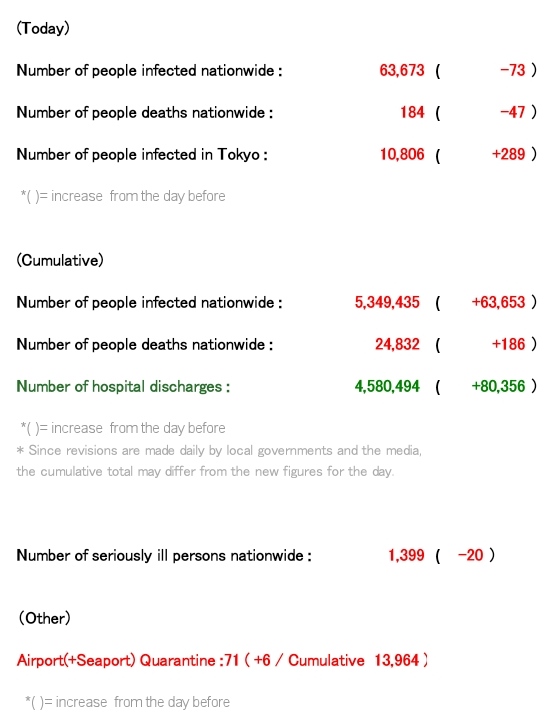 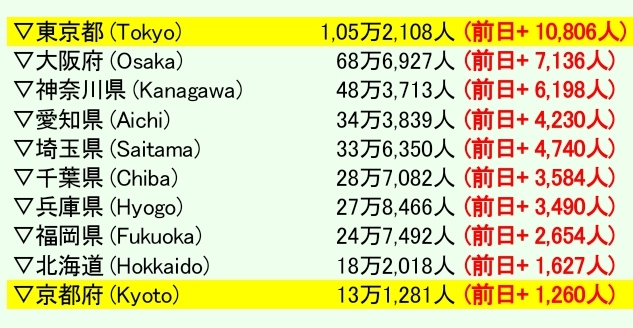 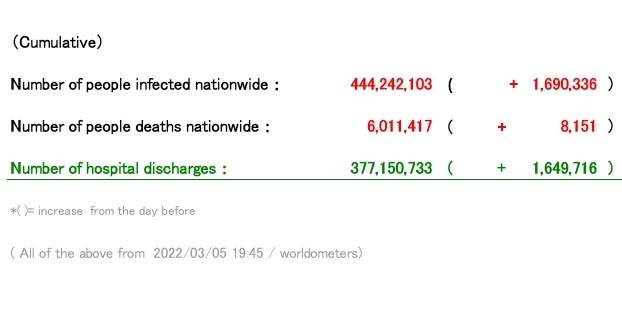 The number of infected people in Tokyo is …finally fell below 10,000 on Sunday!!

.. I was so happy like that, but if I look it closely again… it’s not much different from last week …
|Hmmm…. 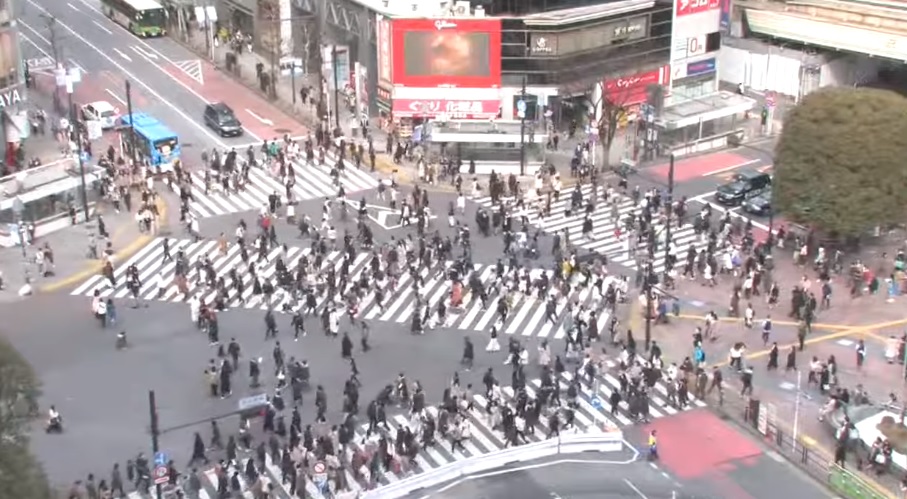 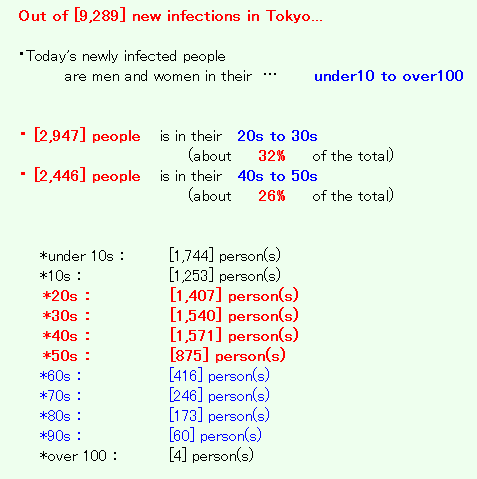 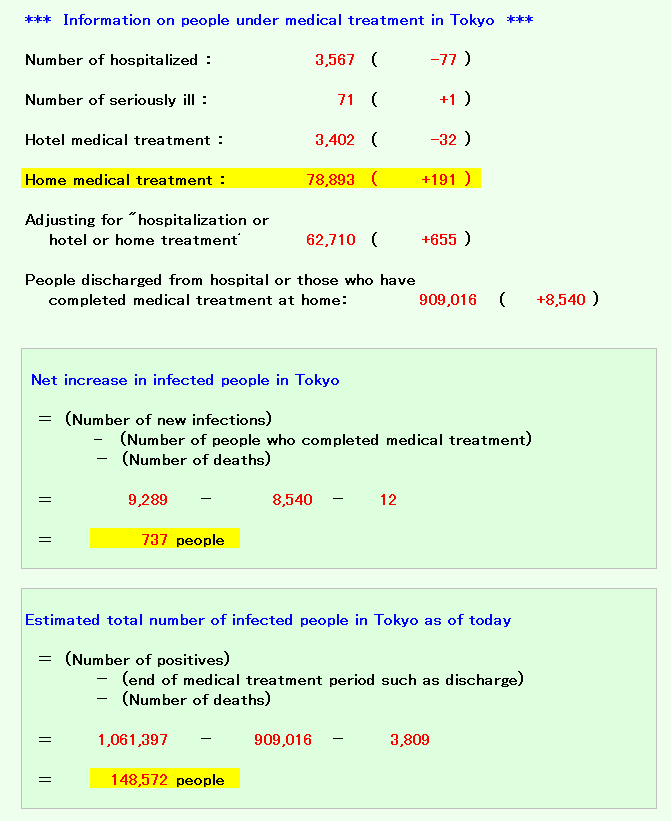 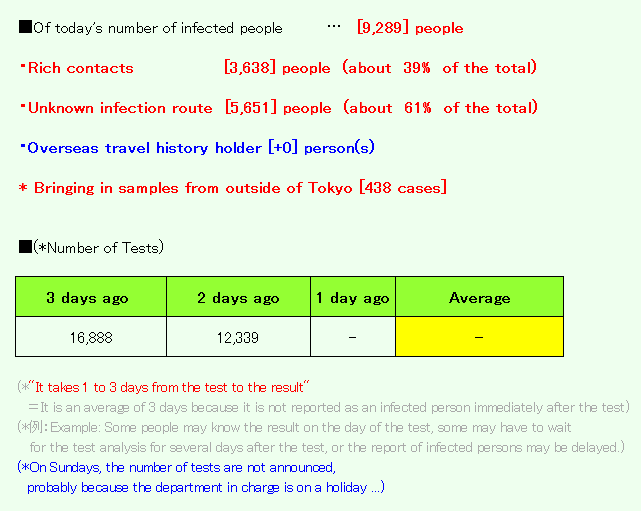 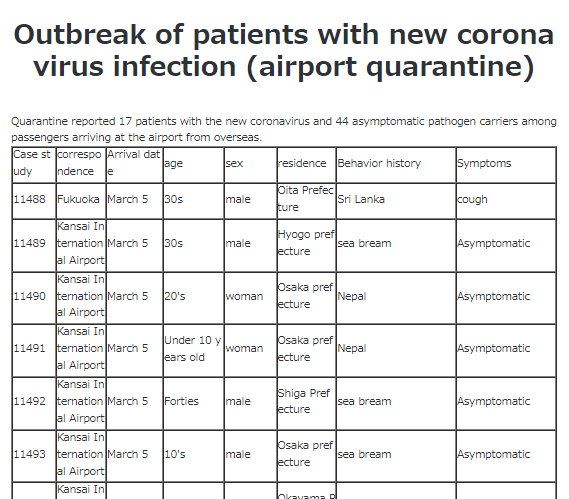 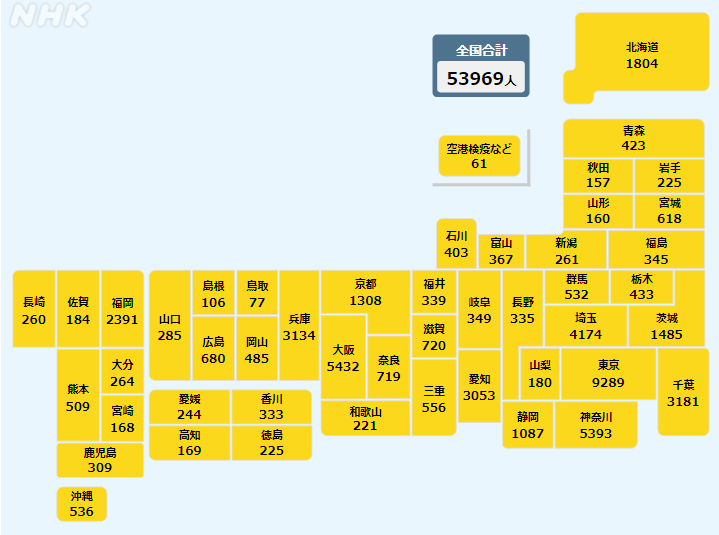 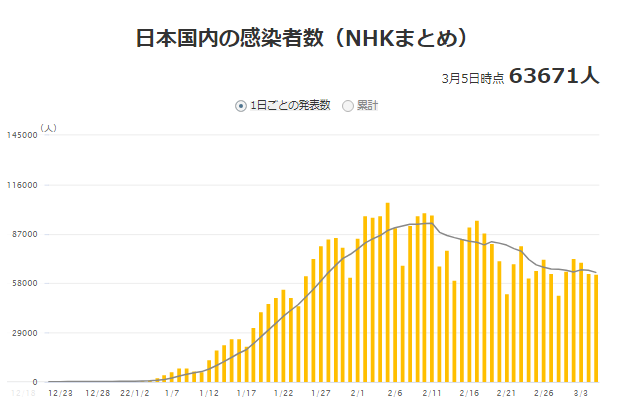 Today was Saturday and Sunday, and there were few articles related to COVID-19, so today I will introduce just one topic!

Early last month, a 77-year-old man living in Saitama Prefecture, where the entire family was infected with COVID-19, was able to walk on his own, although he usually needed food assistance, as a result of falling due to a fever of 39 degrees after infection, he was unable to get up from bed.

Therefore, the family and the care manager consulted with the prefectural office and family doctor because there was a risk of fracture, but they didn’t be accepted from hospitals because of the high possibility of COVID-19 infection…

He couldn’t be hospitalized because of the mild symptoms of COVID-19, and even when he called an ambulance, he couldn’t find a hospital to accept him, as a result, he was able to see a medical institution 11 days after the fall.
According to the article, he had a broken bone, and he has undergone surgery and is still in the hospital…

The Japanese government seems to be shortening the waiting period at home for key workers who have become close contacts (NHK), but in the first place, if they were infected, it would be more difficult like this, so I think the conclusion is to reduce the number of viruses in Japan = reduce the number of infected people …

According to the article, “We want the government to be quicker to deal with infected people!”

That’s not wrong, and it’s a story that must be dealt with … but considering the story in the first place (why the government and the people continue to ignore this high number of infected people) … it’s a difficult place. …

By the way, from March 7th tomorrow, New York will cancel
the obligation to wear masks in public facilities and schools, and
the vaccination certificate that was required when entering restaurants and theaters …!

The reason is as follows.
“The positive rate of virus testing has dropped to 1.8%, and more than 6.4 million people have been vaccinated.” 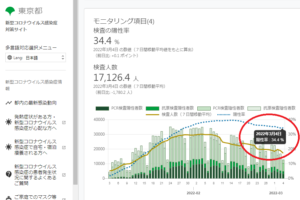 … But … It seems that the number of infected people in the United States is still around 50,000 …? 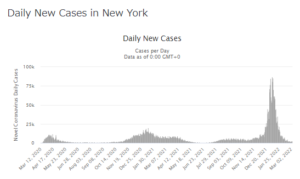 ↑ However, it seems that the number of newly infected people in New York was around 90,000 at the peak, but now it seems to have decreased to around 2000! 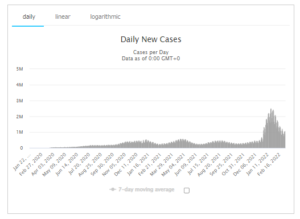 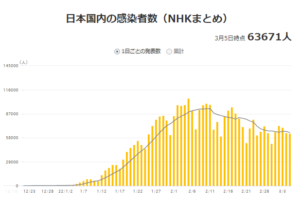 In Japan, this 6th wave is still updating the worst number of deaths in history at the top speed …

It’s been a terrible world in Japan…