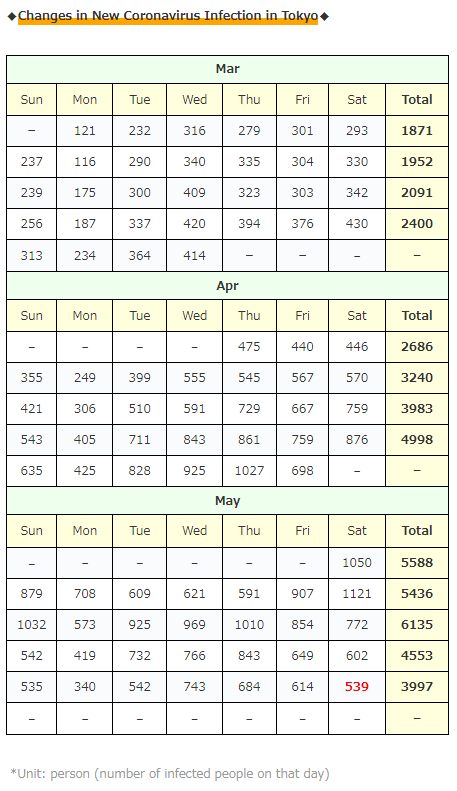 Today is the end of the week, but the number of new infections in Tokyo was “a week with fewer daily infections than the previous week” throughout the week!

hope it will continue next week …! 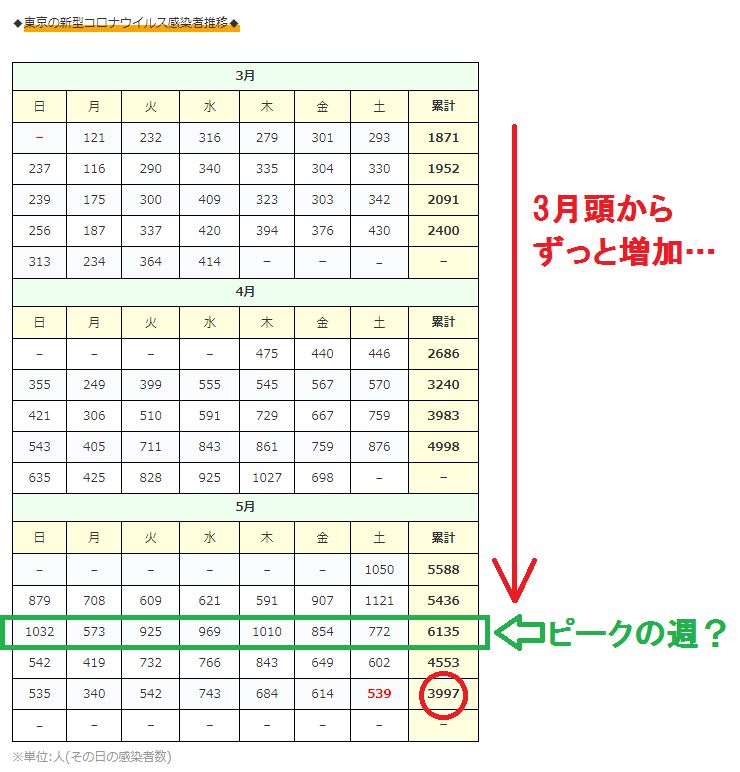 (“It has been increasing for more than two months since March …” / “The green week seems to be the peak week.”)

It has decreased for the second consecutive week! 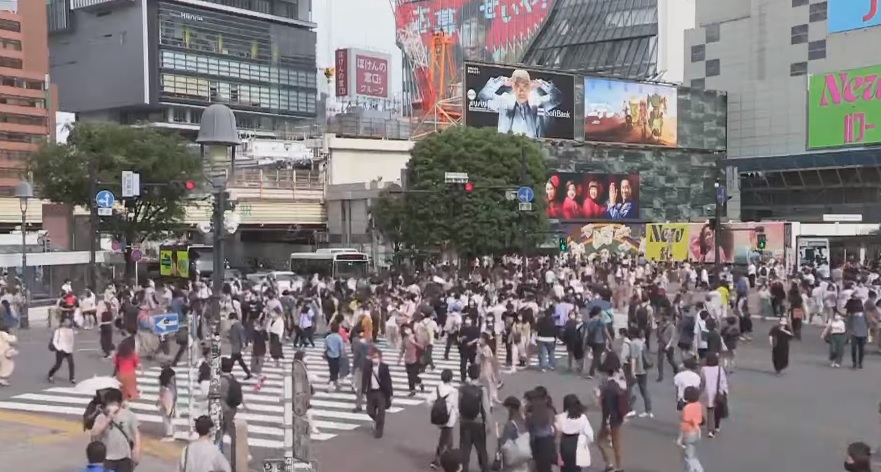 ・Quarantine at the airport (+ Seaport)

Quarantine reported seven asymptomatic pathogen carriers of the new coronavirus among passengers arriving at the airport from overseas. 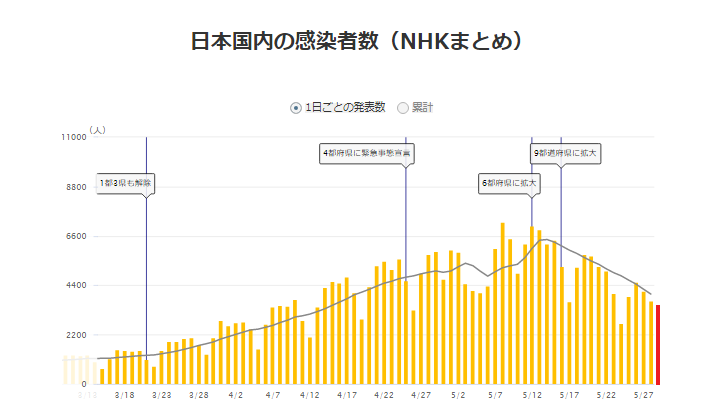 By the way, as shown in ↑ yesterday, it was decided to extend the state of emergency and the priority measures such as prevention of spread.

There was a lot of information at the press conference of Prime Minister Suga who reported the decision to the public, so I would like to summarize it briefly!

・Due to the influence of highly infectious variant strains, it will take longer than before for countermeasures to lead to a decrease in the number of infected people.

・Strengthen border measures such as extending the 6-day facility waiting period for immigrants from India, Pakistan, and Nepal to 10 days.

・Although the number of infected people is decreasing overall, caution is required in some areas where it is increasing.

・Since the number of seriously ill and fatalities remains high, we decided to extend the state of emergency.

・For the extended 3 weeks, to achieve the results of infection prevention and vaccination.

・Analysis in Fukui Prefecture identified the transmission route of 98% of all infected people, of which 85% were caused by conversation without a mask.

・Thorough examination and vaccination will be carried out for foreign athletes and related persons participating in the Olympic Games. Furthermore, the accommodations are limited, and only dedicated vehicles can be moved. There will be no contact with the general public.

* Also, according to Omi, chairman of the government subcommittee, the vaccination rate is not a condition for lifting the state of emergency.

I couldn’t omit it because it was all important …

And with the extension of the state of emergency, there are some movements in each local government!

USJ (Universal Studios Japan) will resume operations only on weekdays from June 1st, as Osaka has relaxed requests for events and closures for large facilities (up to 5,000 people)!
(10: 00-18: 00)

And aloso iIn Tokyo, the request was relaxed as follows.

“Requests for leave are only on Saturdays and Sundays, and will be relaxed to requests for shortening business hours on weekdays. (Until 20:00)”

“Request for closure of movie theaters and museums → Request for shortening business hours 21:00”

In addition, special measures for employment adjustment subsidies for areas where the state of emergency has been extended will continue in July.

*What are the special measures for employment adjustment subsidies?

Roughly speaking, it is a system in which the government subsidizes salaries when a company takes a rest from its employees.
(The feeling of a reward for maintaining employment from the country to the company)

Target：①Companies that cooperate with various requests
②Companies whose sales in the last three months are 30% or less of the previous year and the year before last
Subsidy upper limit：13,500 yen
(Up to 90% of salary for small and medium-sized enterprises, up to 75% for large enterprises)

…… Everyone is getting tired of reading, right?

It’s getting longer, so I’ll end it today!

Thank you for always watching!

Recently, there are a lot of people saying, “It’s painful because the cooperation fee for the request to shorten the business hours is not transferred!”

According to Governor Koike, in Tokyo, the amount of cooperation money from March 8 to March 31 is “already paid to half of the restaurants that applied for it,” which seems to be a high level nationwide.

If I think about it as a general employee, I think that the salary for March will be transferred around April 25, so if I think so …

I heard that there are restaurants that can’t stand it and will resume operations from June 1, but I want the government and local governments to move faster …