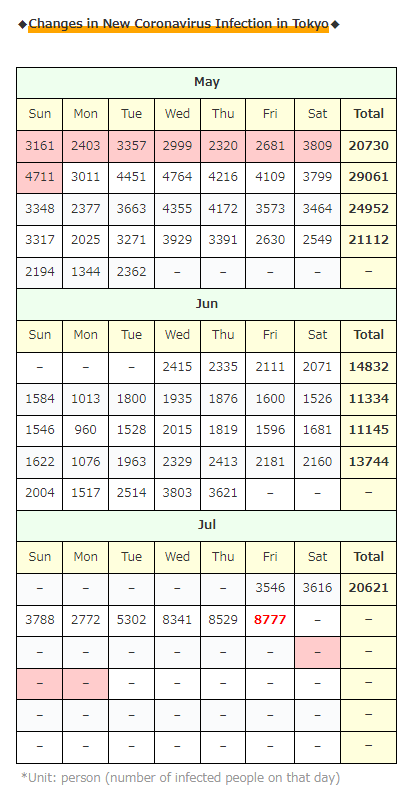 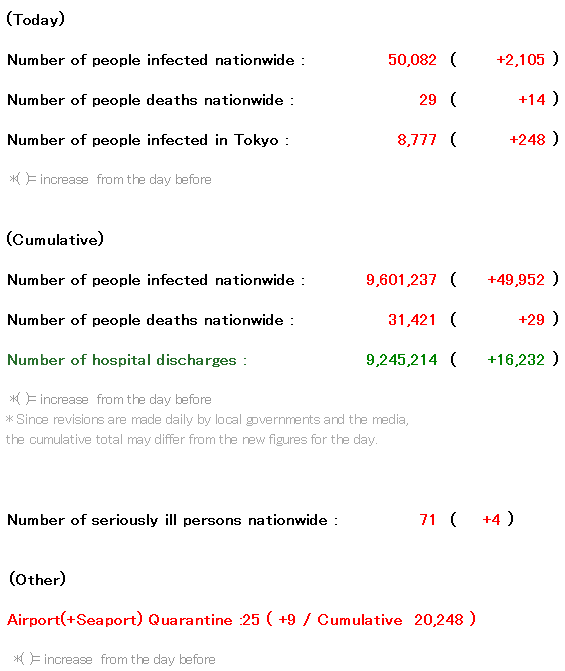 It’s not a situation and mentality to summarize COVID-19 so much today, but it’s necessary information, so let’s do our best to share it with everyone … 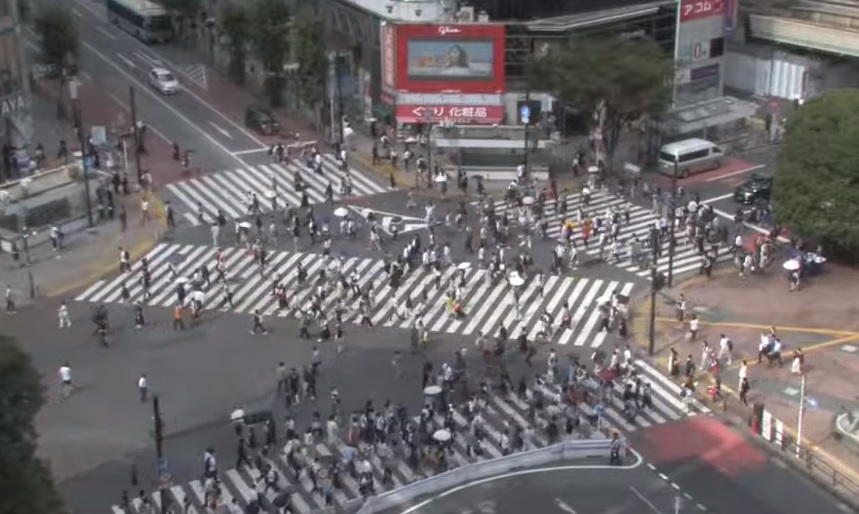 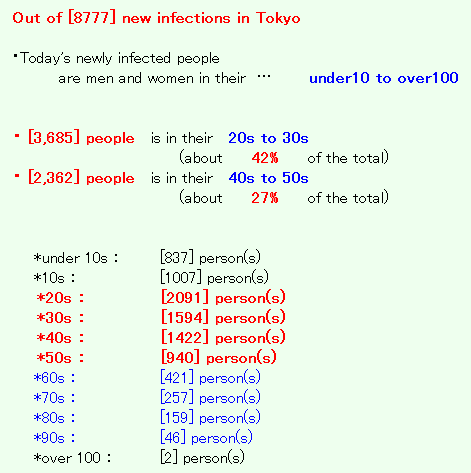 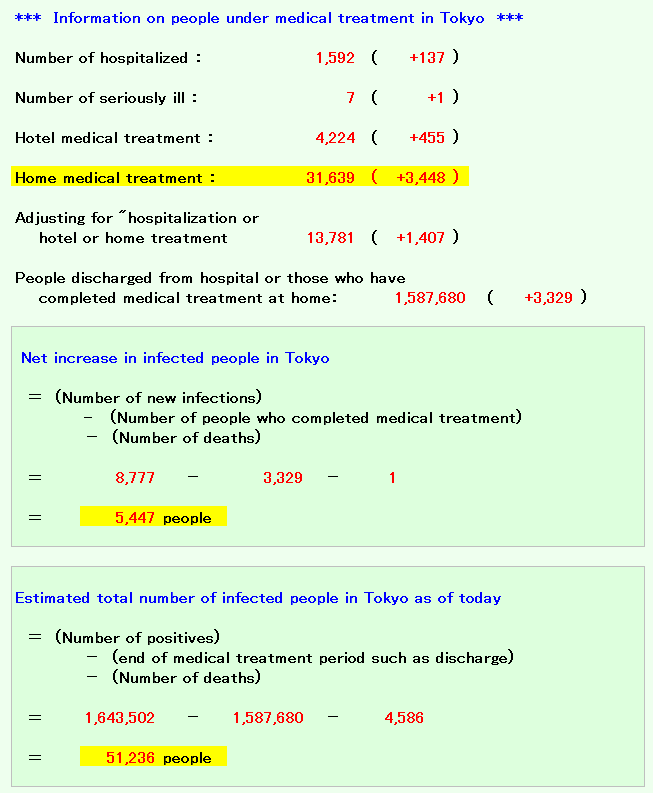 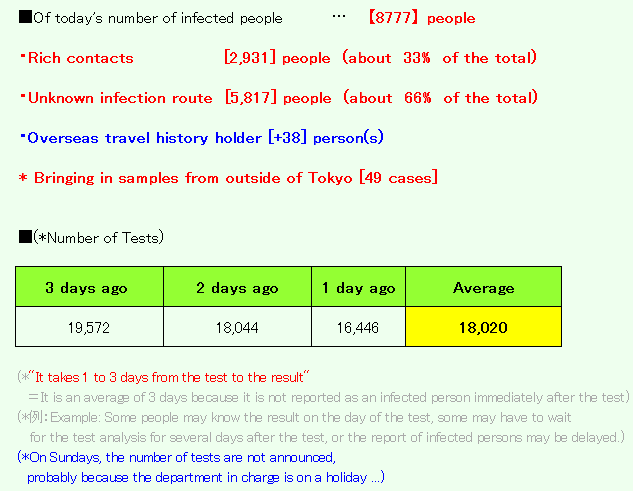 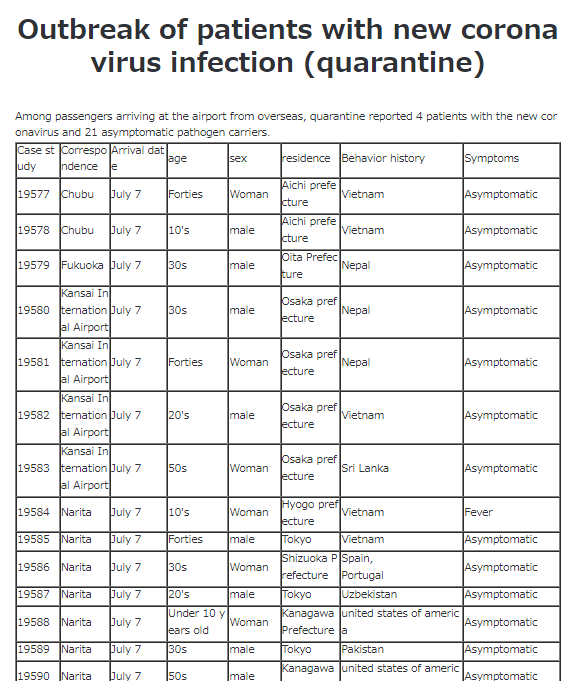 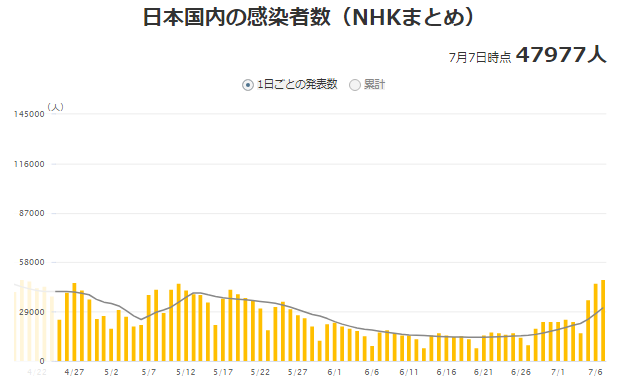 By the way, the number of infected people in Japan is terrible day by day, but it seems that the administration of each prefecture has no intention of taking any measures …

Governor Koike of Tokyo
“The number of infected people is increasing 1.5 times, but it’s okay because the medical system is in place.”

It is obvious to everyone that it will be too late if we do not start countermeasures now, but it seems that they do not intend to start countermeasures unless the infection actually explodes and the medical care collapses …
(*In the past, the usage rate of beds for the severely ill has reached nearly 100% in Tokyo.)

“There are no plans to restrict behavior.”

“Even though we can expect an increase in contact between people during the Golden Week holidays and summer vacation in the middle of this month.”

“We will decide to resume the national travel support policy by the first half of this month.”

It is clear that the “three consecutive holidays in July”, which triggers the outbreak of infection every year, is approaching just 1 weeks later, and the infection will explode there, but it seems that no measures will be taken now …!

On the contrary, they seem to say this …
“What should I do about travel assistance?”
“How can I make an excuse to push it even in the current situation?”

By the way, the third vaccination rate is like this now … ↓ 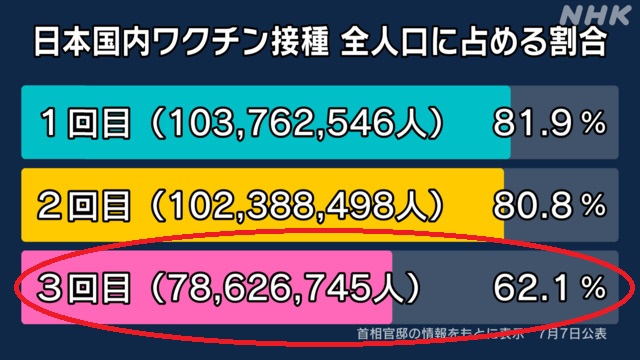 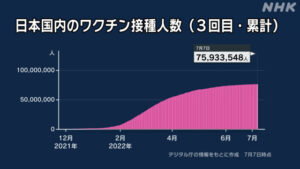 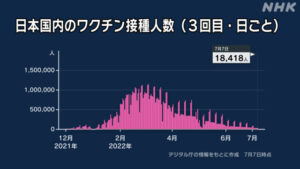 It seems that no one has been vaccinated these days…

The current vaccination rate by age group looks like this ↓

↑Obviously, the vaccination rate for the younger generation is too low, isn’t it?

When I actually talk to people close to me and ask about it, I only hear the words that
“The number of infected people is bad, isn’t it?”
“But I’m going on a trip in the summer!”
“I can no longer comply with government policy”
, but what are the government and the majority of the people going to do for the future?

Live only now without thinking about anything, and the rest will be managed later!
It’s like a grasshopper from “The Ant and the Grasshopper” …

Well … Shimane Prefecture, where the number of infected people has been crazy in the last few days, is a ridiculous number also today … 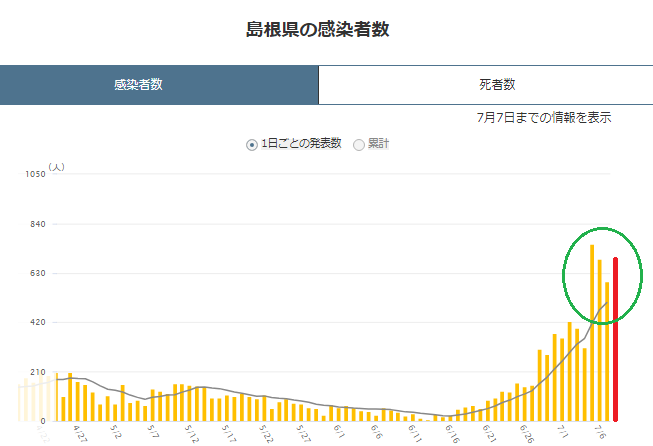 ↑It seems that the spread of infection is gradually eroding the entire prefecture, not just one cluster.

As easy to understand from anyone’s eyes, perhaps the whole of Japan will soon be similar to this, but those who hang out continue to hang out and spread the virus, and solid people continue to refrain from outside etc…, and continue to suffer …it seems that such a situation will continue for solid people…