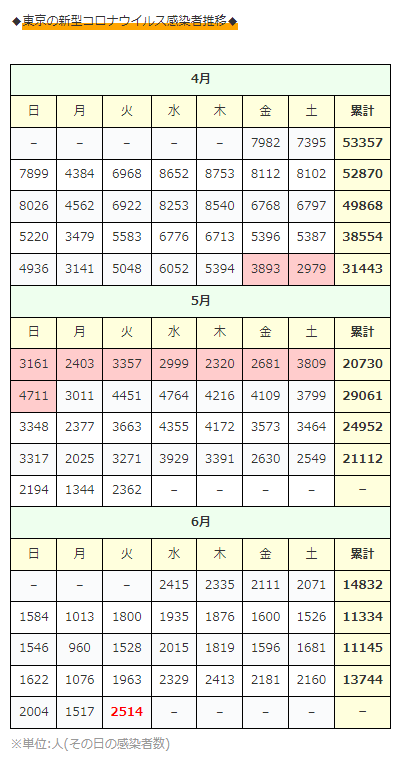 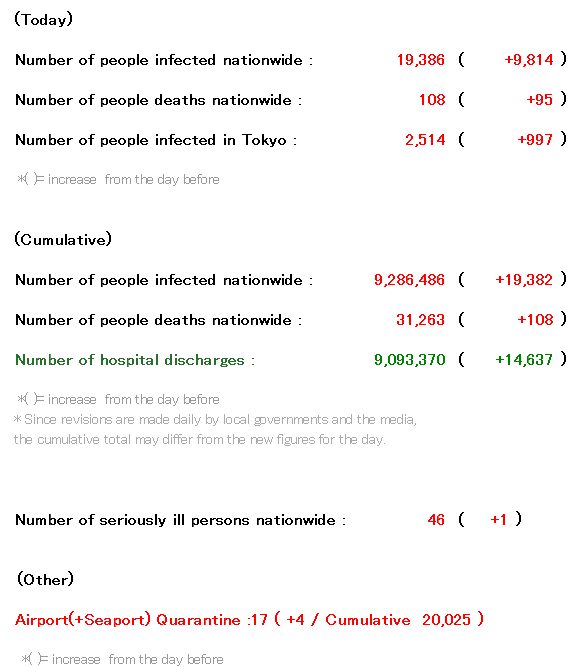 The number of infected people in Tokyo is ..
It’s been three days since the beginning of this week, but it’s been increasing for the last two weeks …

It seems that it has become completely increasing trend… 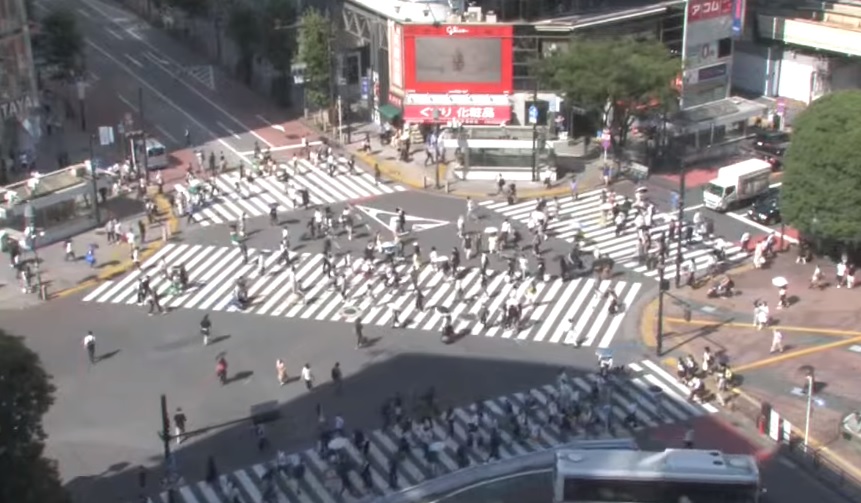 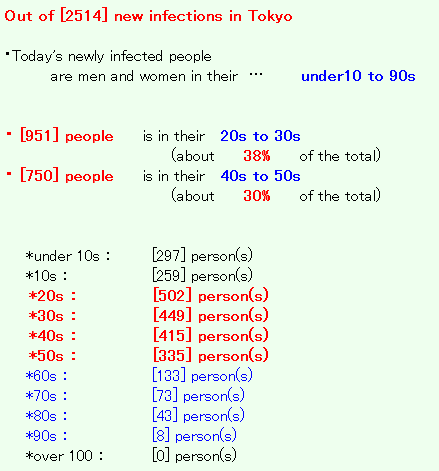 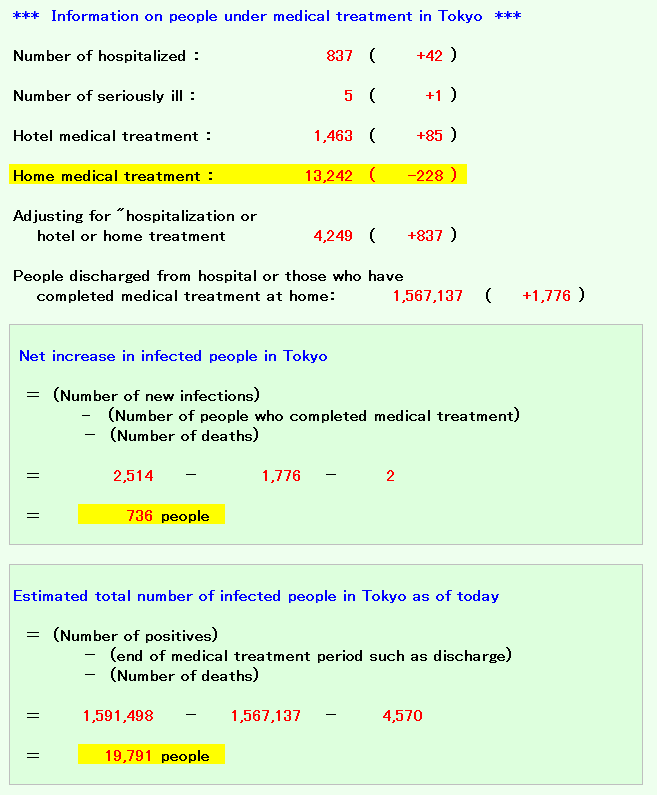 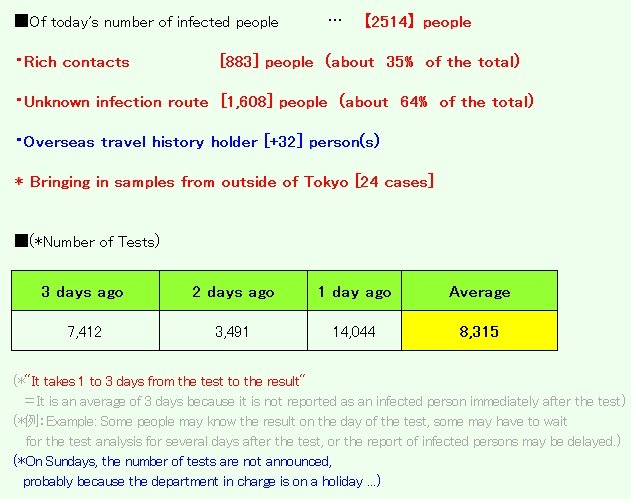 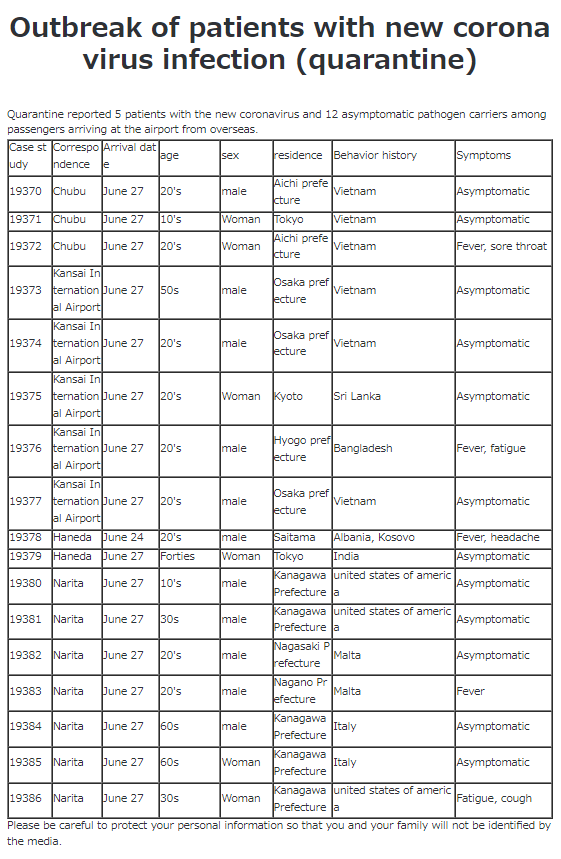 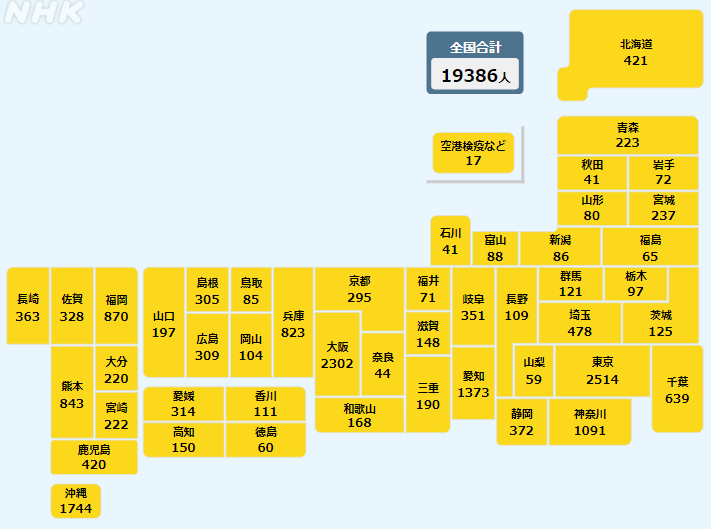 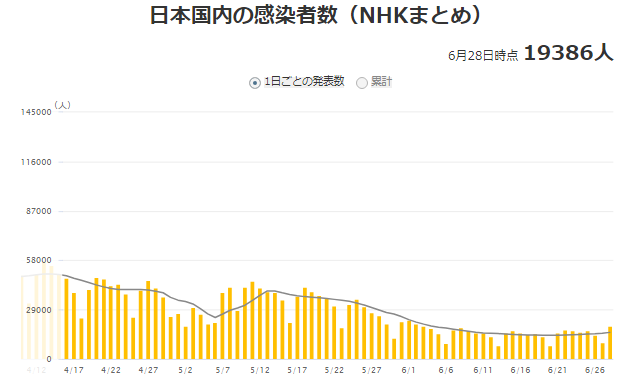 This week is already the third day, but Tokyo’s “numbers have increased from the same day of the previous week” has continued for two consecutive weeks …

Moreover, for 11 days from June 18th to June 28th today, it has never decreased from the previous week and has been increasing all the time …

In the NHK graph, the scale is messed up, so it feels like “I don’t really understand at all!” … (dry laugh), ↓ 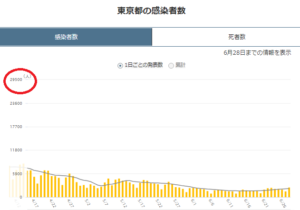 But when I re-graph the number of infected people in Tokyo since the latter half of May last month, it looks like this ↓

(Number of infected people in Tokyo) 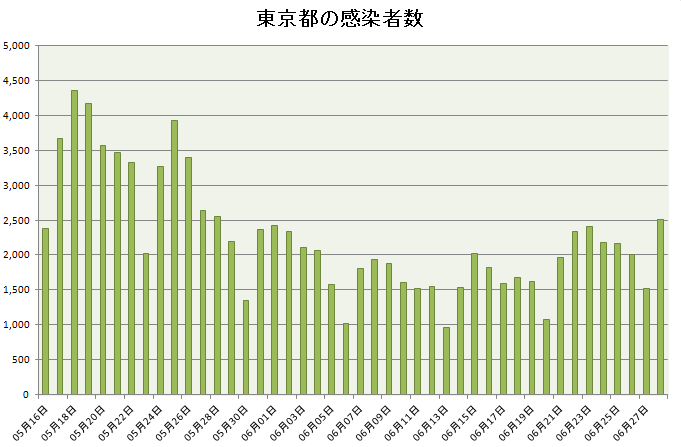 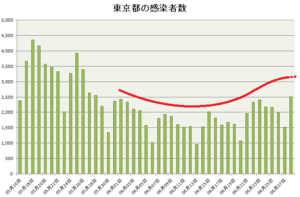 And what happens nationwide … ↓ 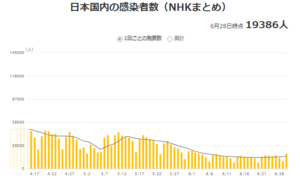 After all, it’s too difficult to understand if it’s an NHK graph (dry laugh), so when I recently recreated the graph by spotting it, it looks like this… ↓ 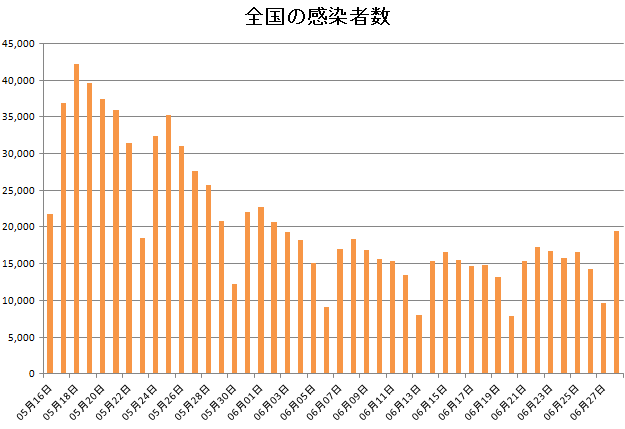 ↑You can see that it has stopped lowering “brilliantly” …

as a side note, if you put a vertical line in this graph, you can find it interesting … 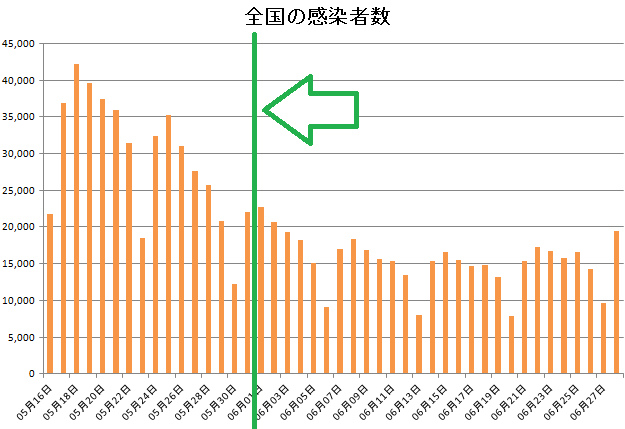 ↑A vertical line was added on June 1st, but when June 1st was the time when the Japanese government began to start large-scale easing, such as “the de facto elimination of airport quarantine” …

After the government’s (in a bad sense) measures, the impact will start to appear, and after a week or two, it has stopped brilliantly falling → it has changed to an increasing trend.

As summarized in (Summary article on June 26), the infection situation in Japan starts to increase from the latter half of June every year, but this year, the “Campaign to increase the number of infected people by the Japanese government” may start…! 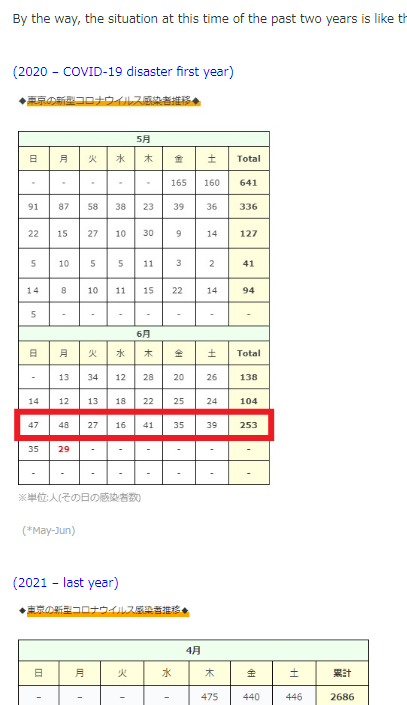 By the way, a ridiculous situation has occurred in Shimane, which has the second lowest cumulative number of infected people in Japan. 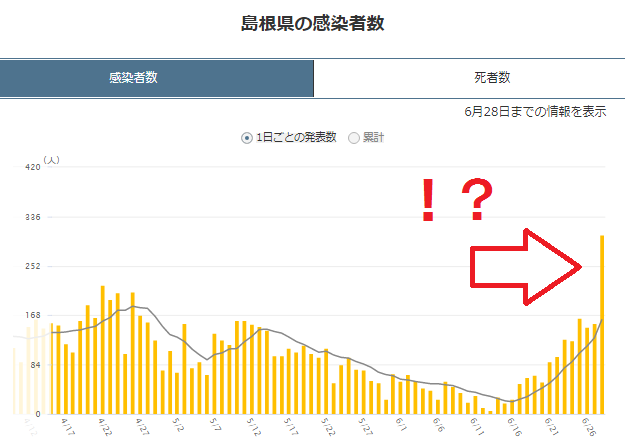