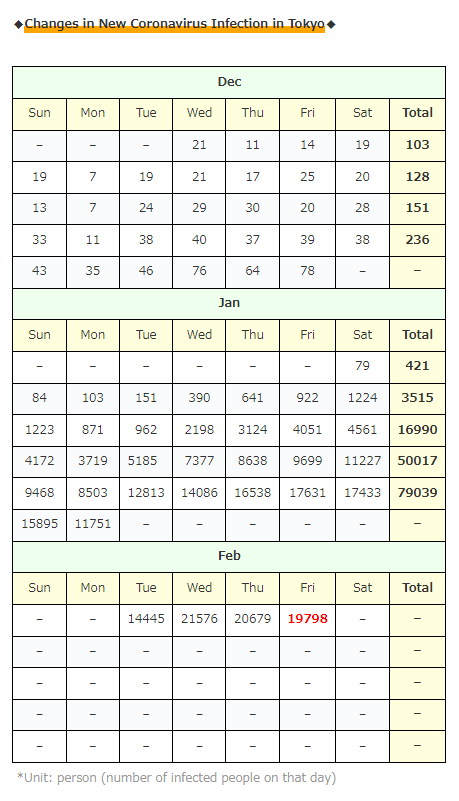 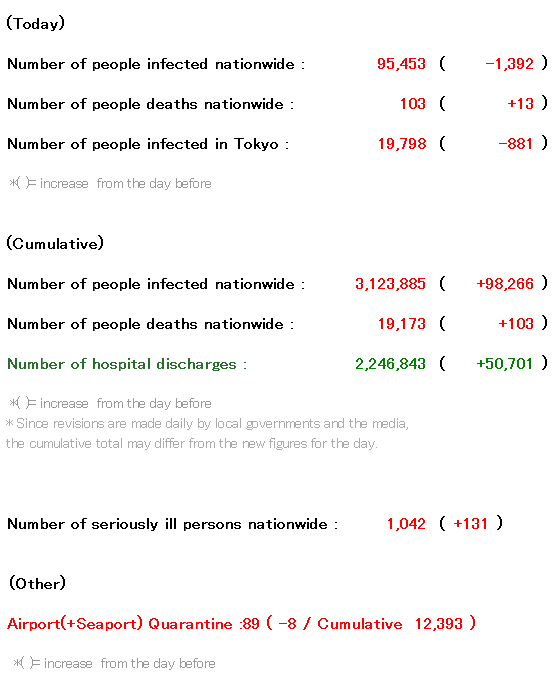 The number of infected people in Tokyo is … around 20,000 again today …

It has been stagnant for 3 consecutive days with around 20,000 people,but…
is this a sign of the peak? Or is it the limit of the number of tests? 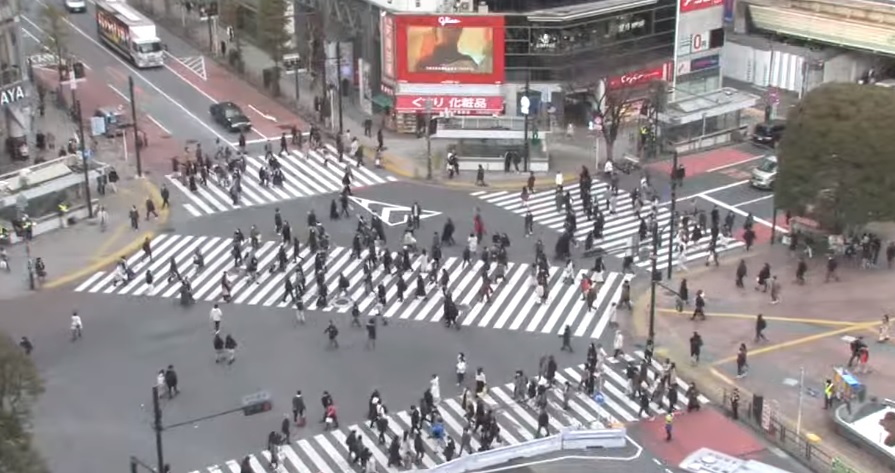 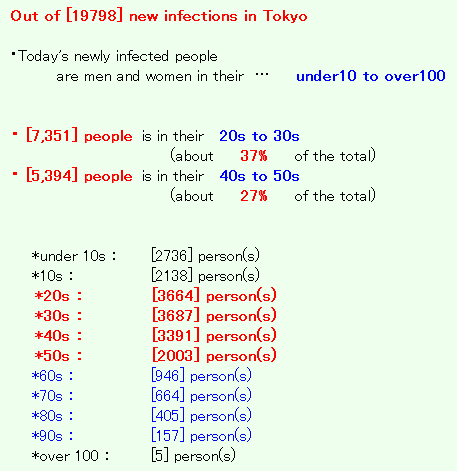 ・ There are [413 patients] who are close contacts and have symptoms and are diagnosed with infection without PCRtest at the doctor’s discretion. 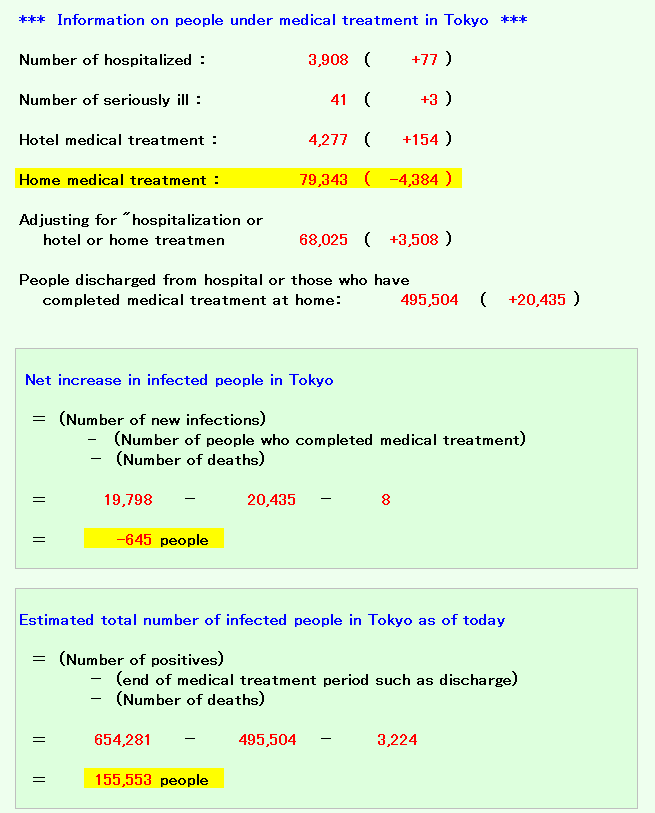 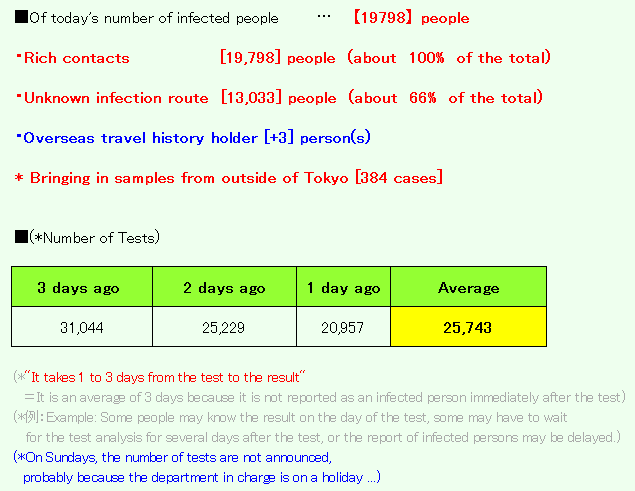 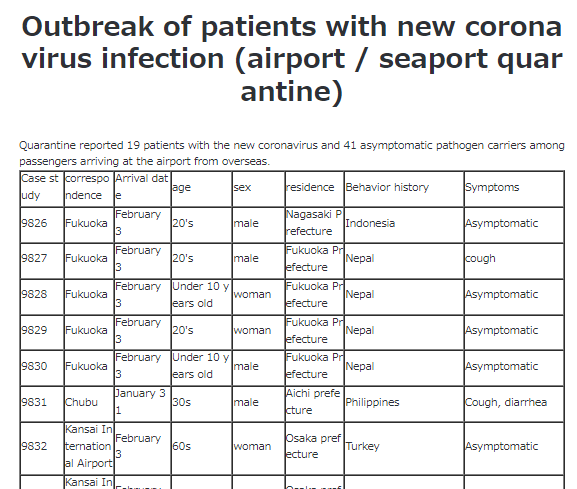 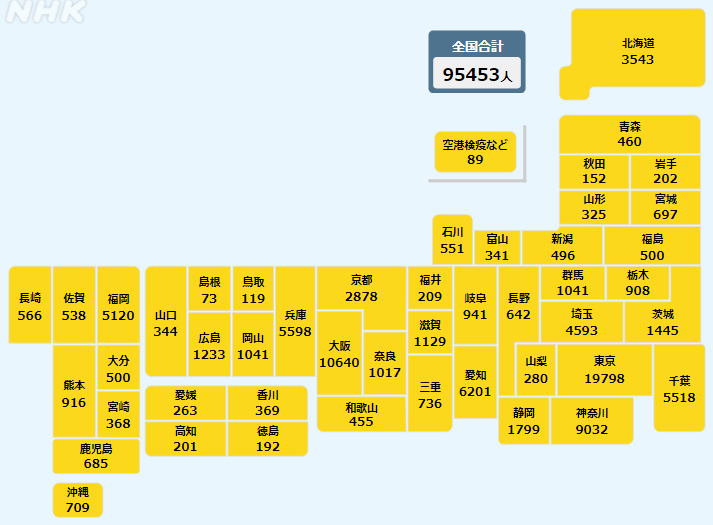 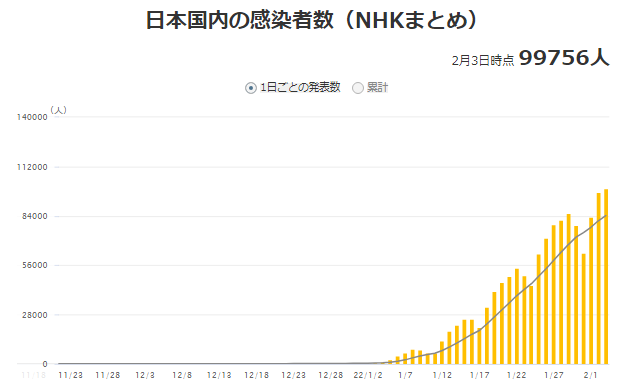 Today should still be a weekday … but there wasn’t much news about COVID-19 …!

Speaking of the news that was …
In Europe, the spread of infection is still the worst (the highest number ever), but it seems that they are still moving toward returning to “normal daily life” …! 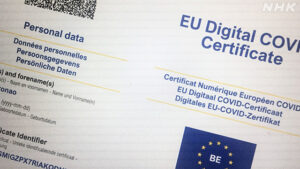 In Europe (EU), the expiration date of the digital (vaccination) certificate common to all member states has been extended by one year, and it seems that we will continue to give consideration to smooth movement within the region!

To put it the other way around …
We have to go out with COVID-19 for another year …?

And it seems that the central bank of Europe will gradually reduce the quantitative easing policy that was being implemented in the economic measures of COVID-19…!

In other words, “General companies are getting better, so we (central banks) don’t have to pay for it, right?”

Europe is like that, but the Japanese government is …

Of the 35 regions that have applied priority measures such as spread prevention, 13 regions will expire on February 13, so they will discuss whether to extend it next week …! 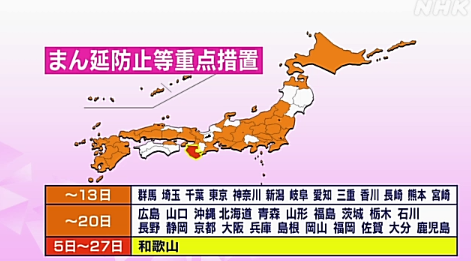 There is no doubt that there is no need to discuss the infection situation and it is an extension,
but it is a meaningless system that is not a countermeasure against infectious diseases by anyone, so….

it is a difficult place …!

By the way … It seems that the Tokyo Marathon will be held on March 6th for the first time in two years …! 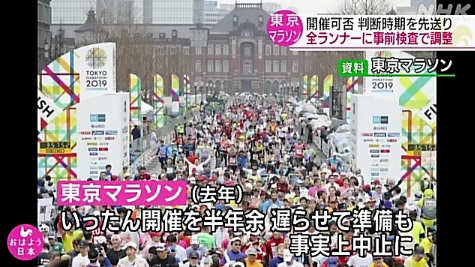 Most people in Japan are already in a state where “COVID-19 is just a cold”, but today the death toll is over 100 …
Will it really continue to have this kind of atmosphere …! ??