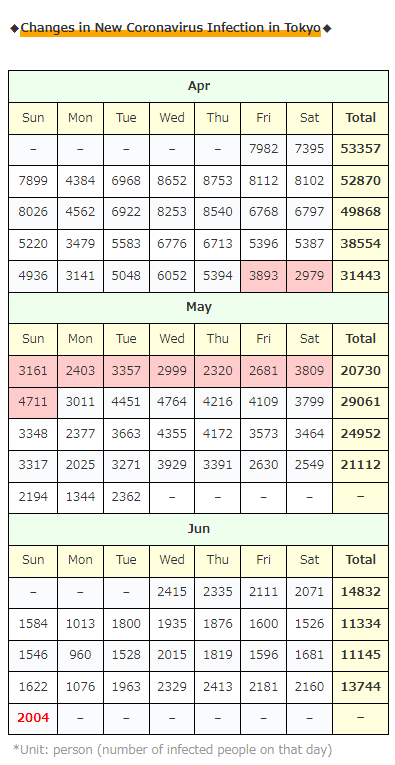 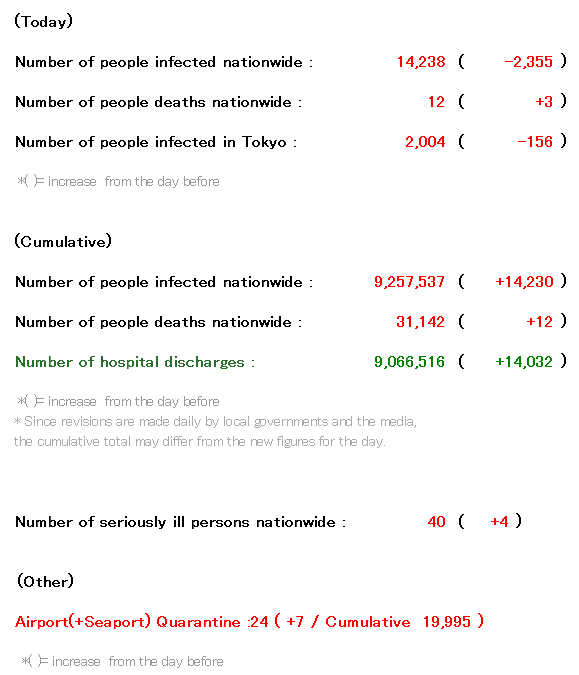 The number of infected people in Tokyo is ..
Hmm …
This week also started with “increasing from the previous week” …

Today I summarized it in the topic section of ↓, but…
it seems that the increase will start from here ……………… 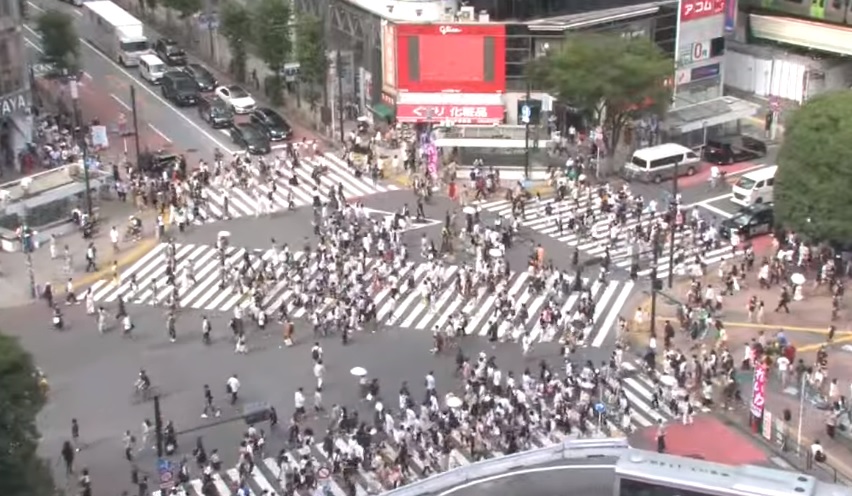 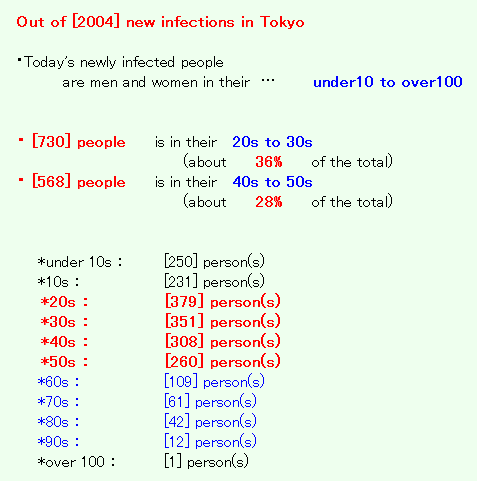 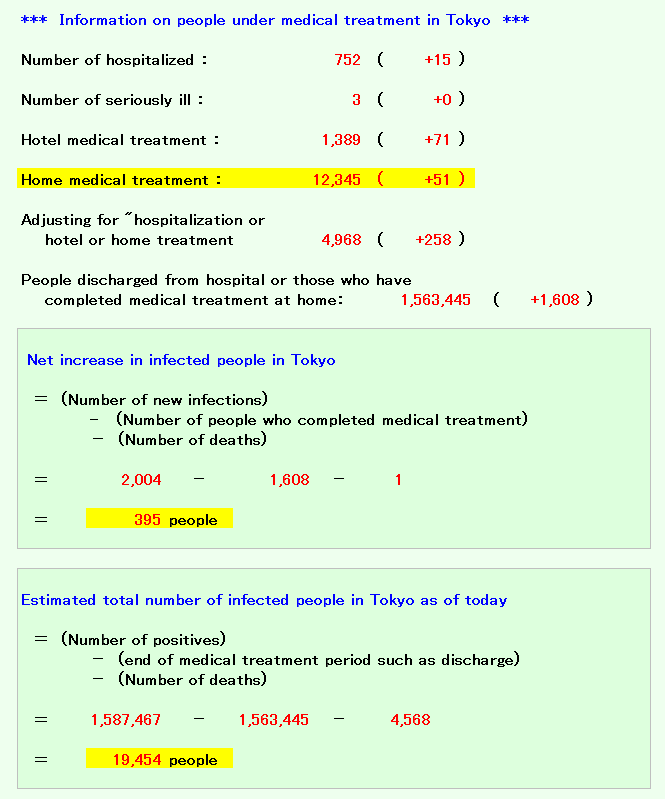 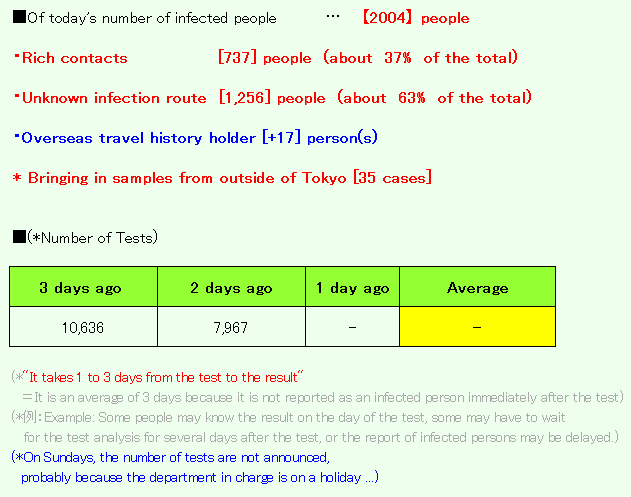 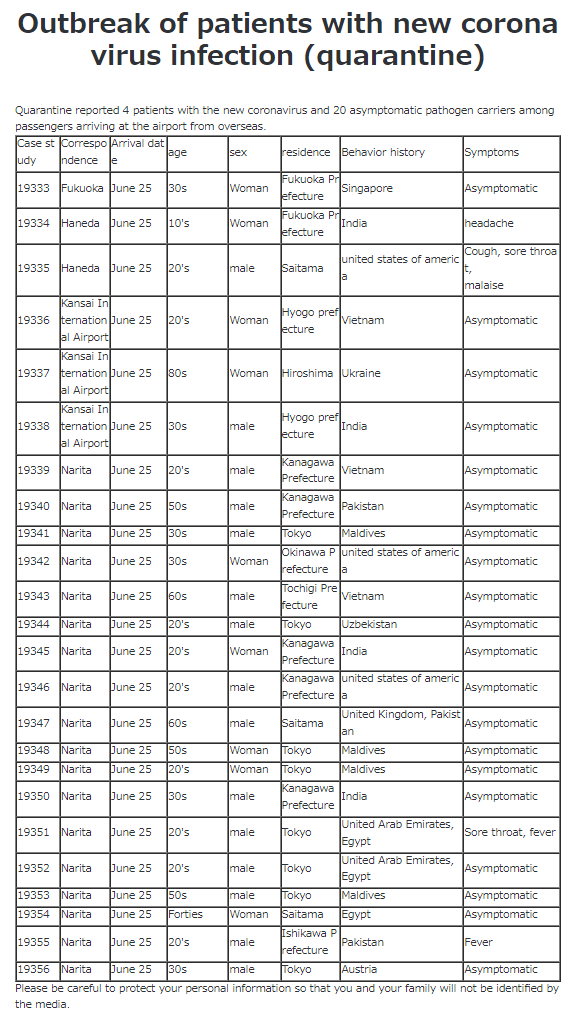 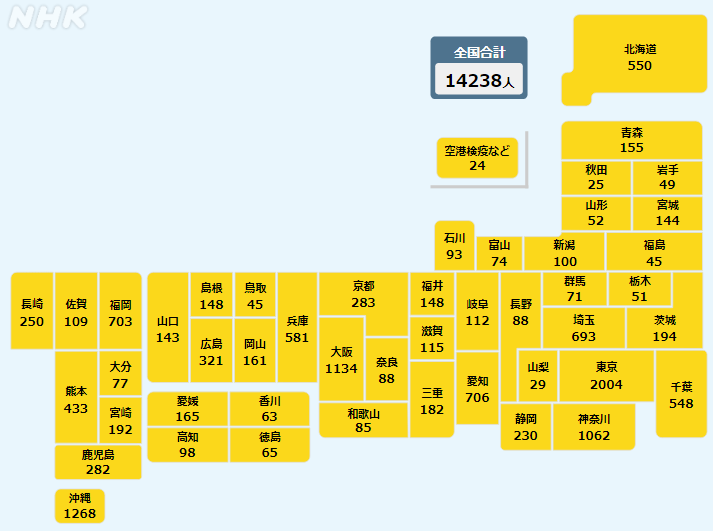 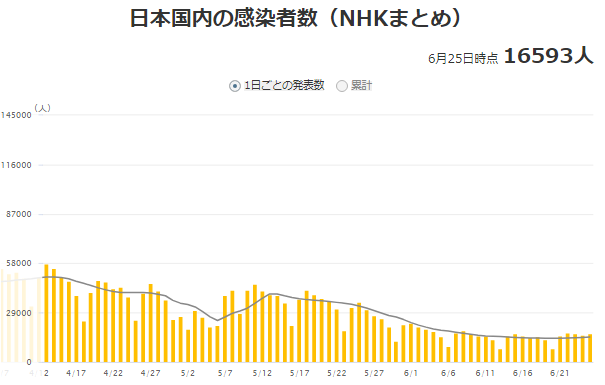 By the way, yesterday, the line for the week was completed last week …

But in the end, the total for the week was the first increase in a month and a half … 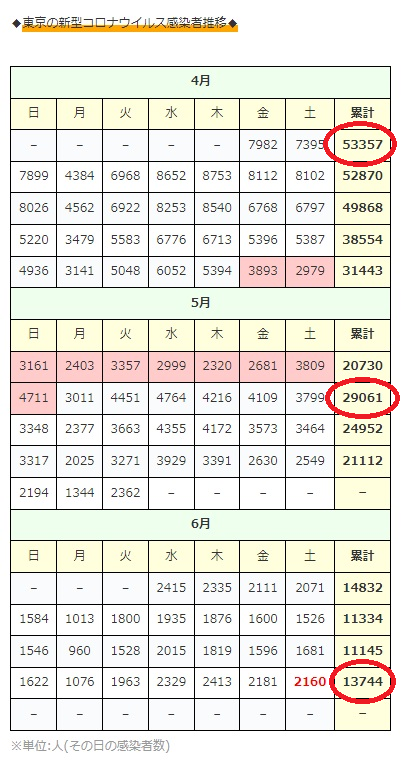 There is a clear reason for the last two times.

The reason for the increase from “end of March” to “first week of April” was
“spring holiday season + cherry blossom viewing season + transfer season”
The increase in “2nd week of May” was
“the next week after GW, so it was the influence of GW”

This is what happened, but…
what is the reason for the increase in the total for one week from the previous week …?

By the way, the situation at this time of the past two years is like this … ↓ 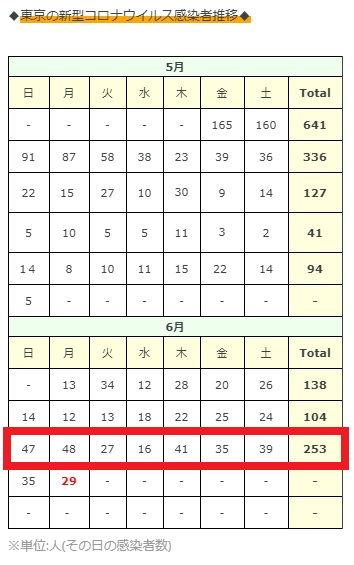 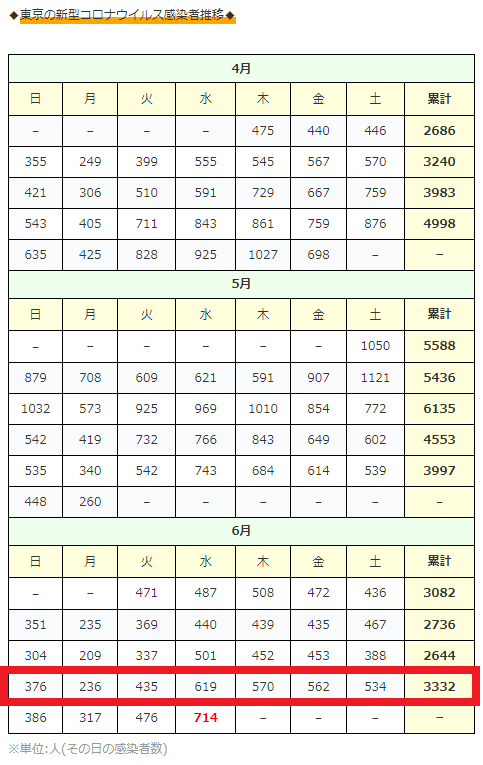 Oh …
The scale is different, but it’s increasing every year just this week … (dry laugh)

From the end of May to the beginning of June, when the number of infected people has decreased significantly after the influence of Golden Week, the government did extra deregulation without thinking about anything, so it seems that the effect start to appear this week every year. … (Dry laugh)

By the way, it became like this after last year ↓ 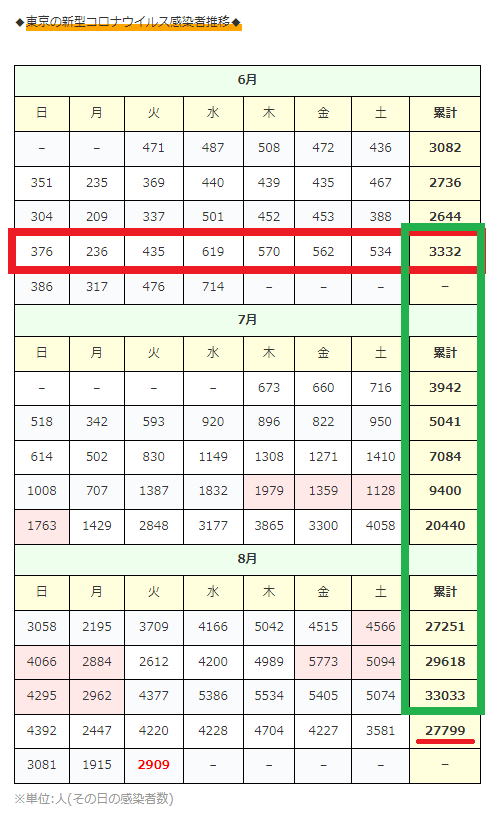 ↑After all, the increase started from this week, and
after a slight increase for only one week and then a sharp increase for several weeks,
the infection exploded at once from the consecutive holidays in the latter half of July.
… And after the influence of the end of “Obon Holidays(Aug 13 – Aug 16)” has diminished, it has begun to decrease.

as a side note…

Considering that, this increase seems to be the same as every year … (dry laugh)
Hmmm……………
The government seems to repeat the same thing without learning anything even if it experiences the same thing for tens of thousands of years …

By the way, this increase is not only 1 metropolitan area and 3 prefectures!
I introduced it yesterday, but … ↓

(From the summary article on June 25, yesterday) 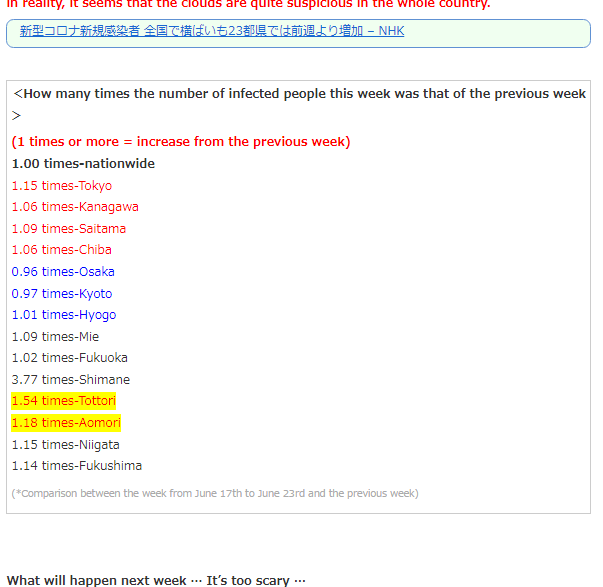 ↑ It seems to be increasing nationwide …

I have a bad feeling that the increase in Tottori and Shimane, which has the lowest cumulative number of infected people in Japan, is the largest.

It’s still good if COVID-19 is “only in winter!” like influenza, but it’s all year round …