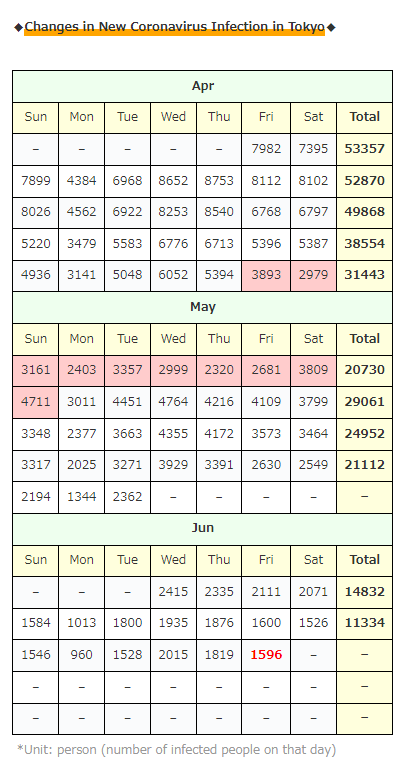 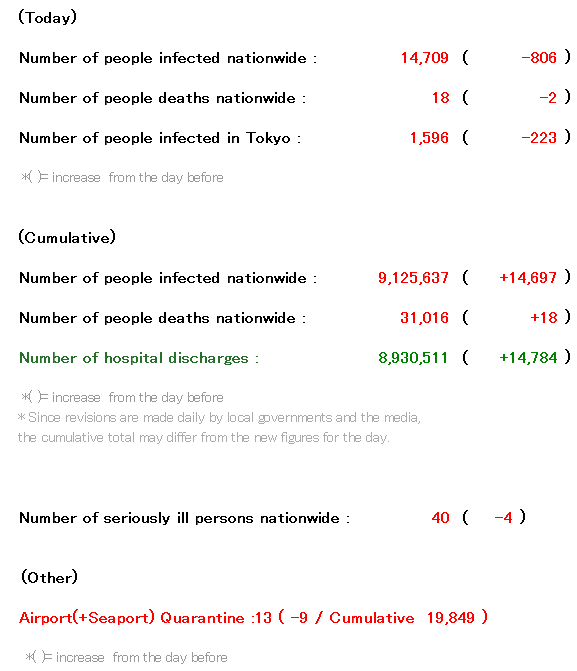 The number of infected people in Tokyo is… since wednesday, it’s almost same level of previous week everyday…

Is it “stop decreasing”…? 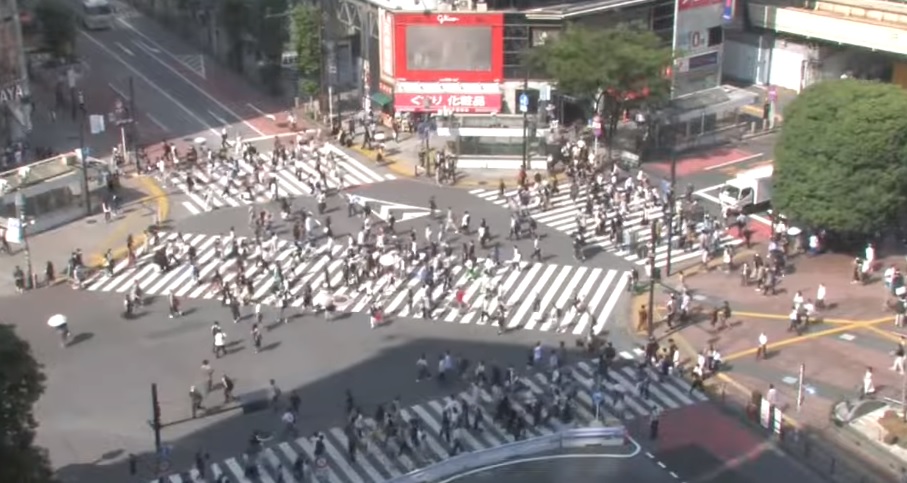 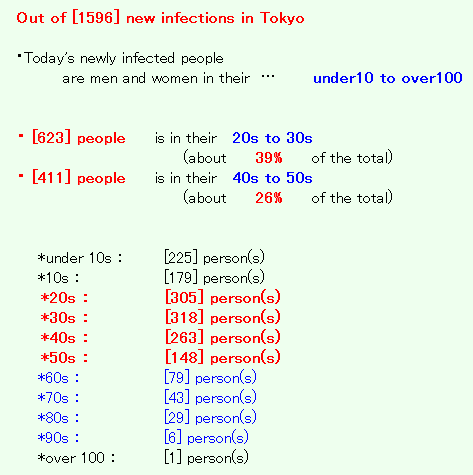 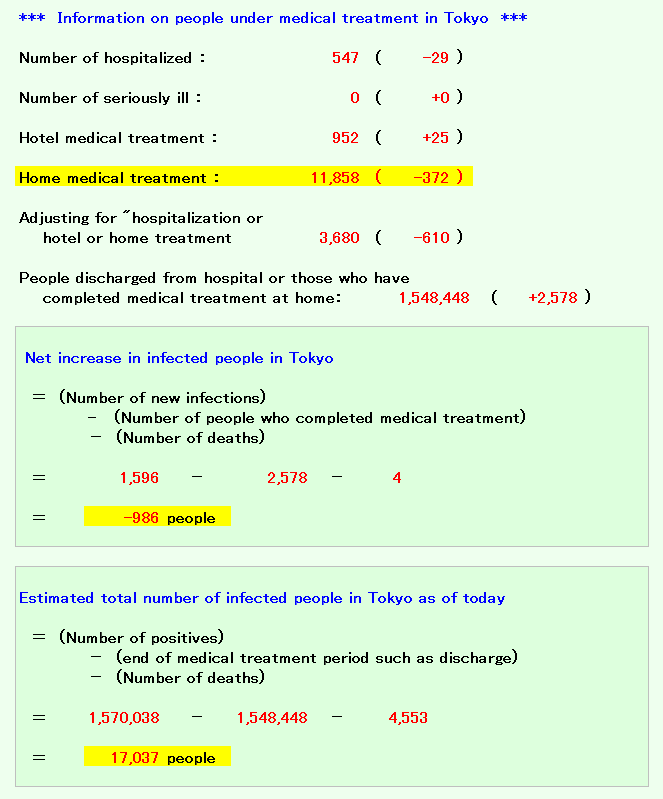 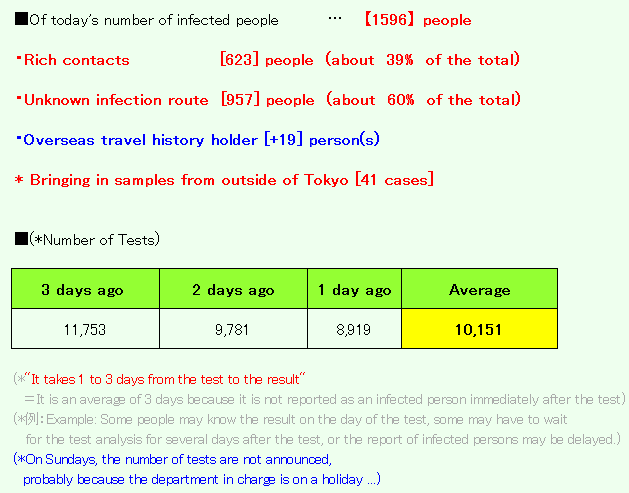 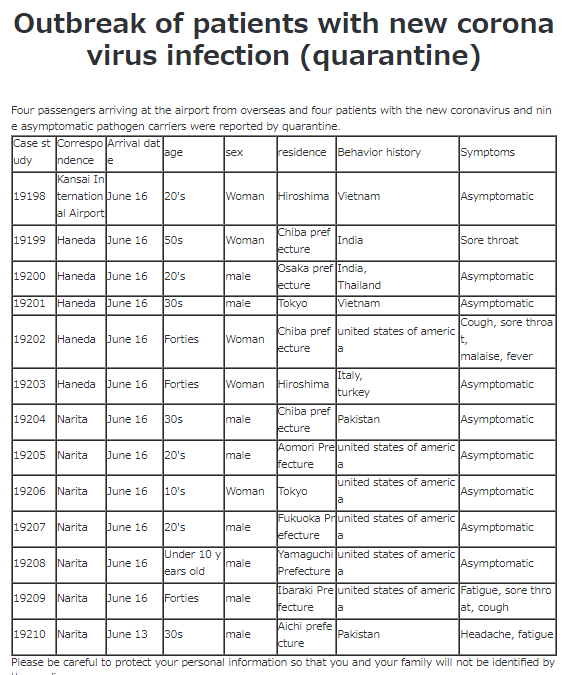 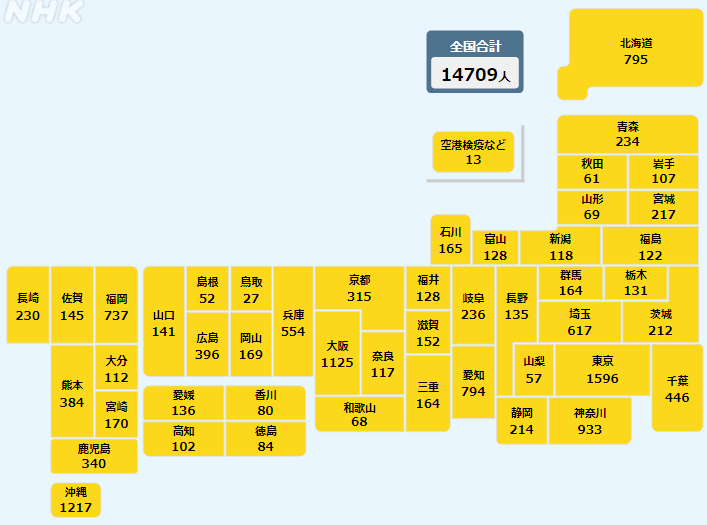 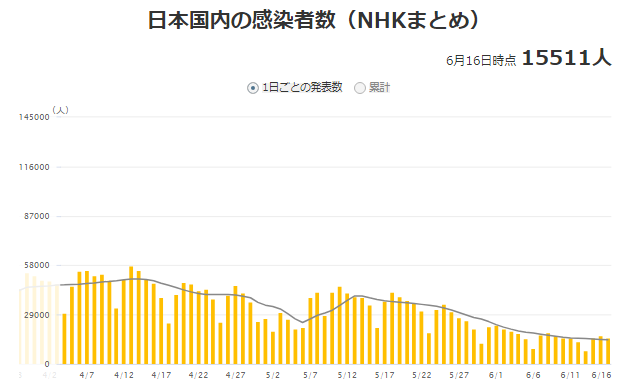 By the way, it seems that more than 200 people have already been confirmed to be infected in the super-large cluster that occurred in Beijing, China, where the spread of infection should have almost subsided…

By the way, it seems that the place where it occurred is a bar in the city center of Beijing.
(*What? Breaking news, wasn’t it a “nightclub”?) 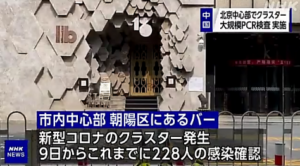 In such an overseas situation, it seems that the number of foreign tourists visiting Japan in May exceeded 100,000 for two consecutive months …!

It seems that the number of foreign tourists visiting Japan in May was 147,000! 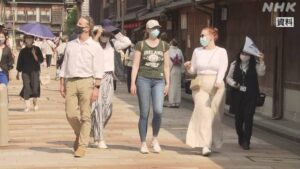 It seems that a new species of Omicron variant, variant “BA.5”, has been found not only in metropolitan areas such as Kanto and Kansai, but also in Saga, but

it seems that mutant viruses in Japan will continue to be shuffled in the future. …!

By the way, it is a woman in her thirties who was infected in the prefecture and has no history of traveling abroad …

Recently, I felt that there were few sunny days, so I thought that the whole of Japan had already entered the rainy season, but 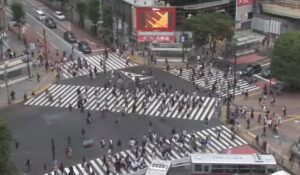 (*Amount of people at the scrambled intersection in Shibuya, Tokyo around 15:00 on June 15)

↑It seems that the number of people in the city is decreasing, so I hope that the infection will be controlled in the meantime …!