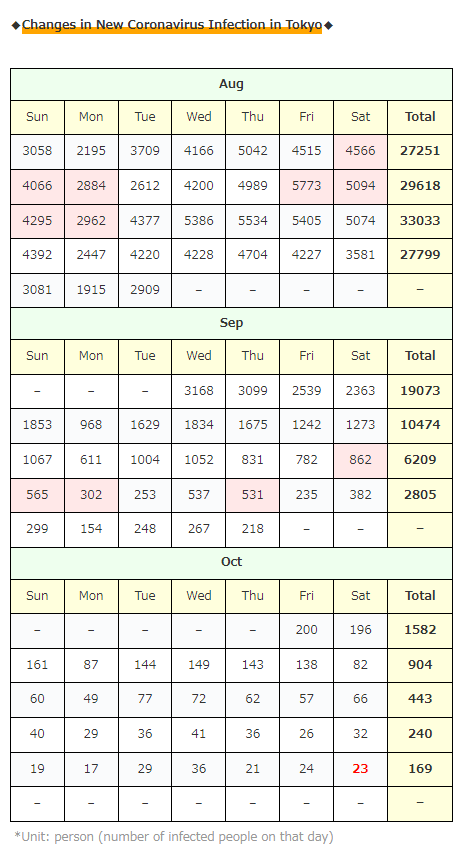 23(-1 from the day before) new infections confirmed in Tokyo. 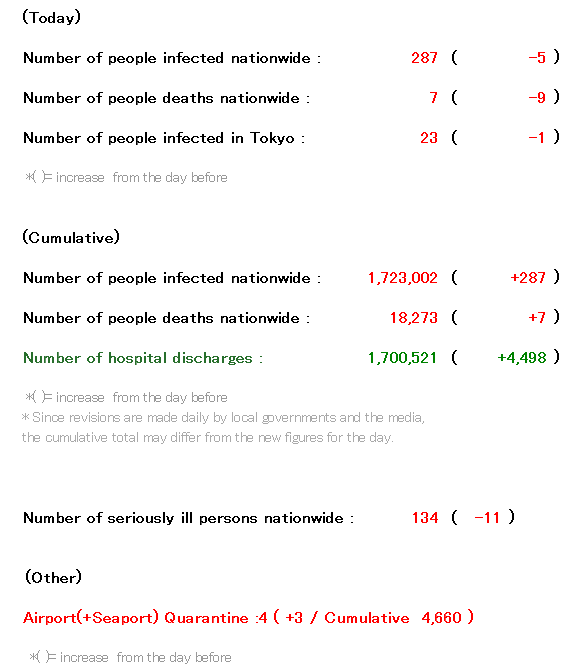 The number of infected people in Tokyo is …
This week too, the total for the week is less than last week!

I hope next week’s average will be 10! 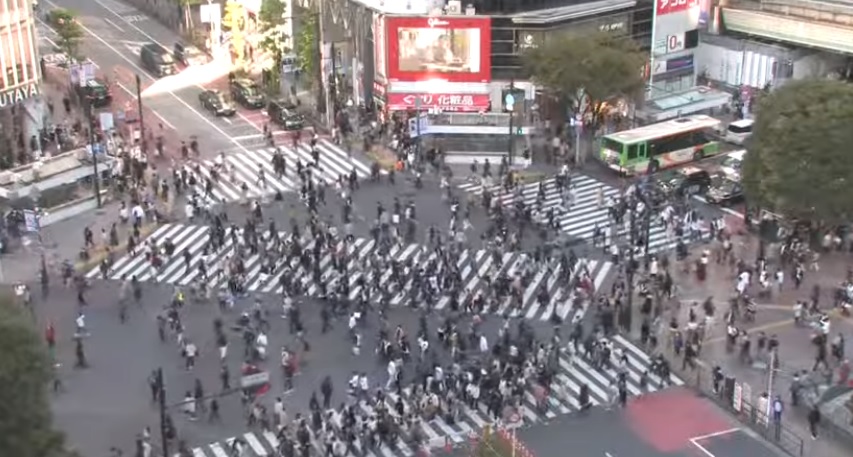 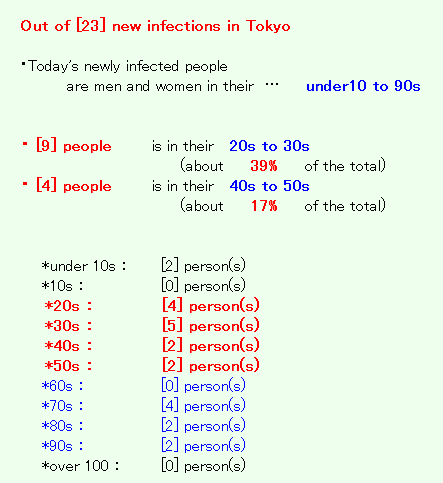 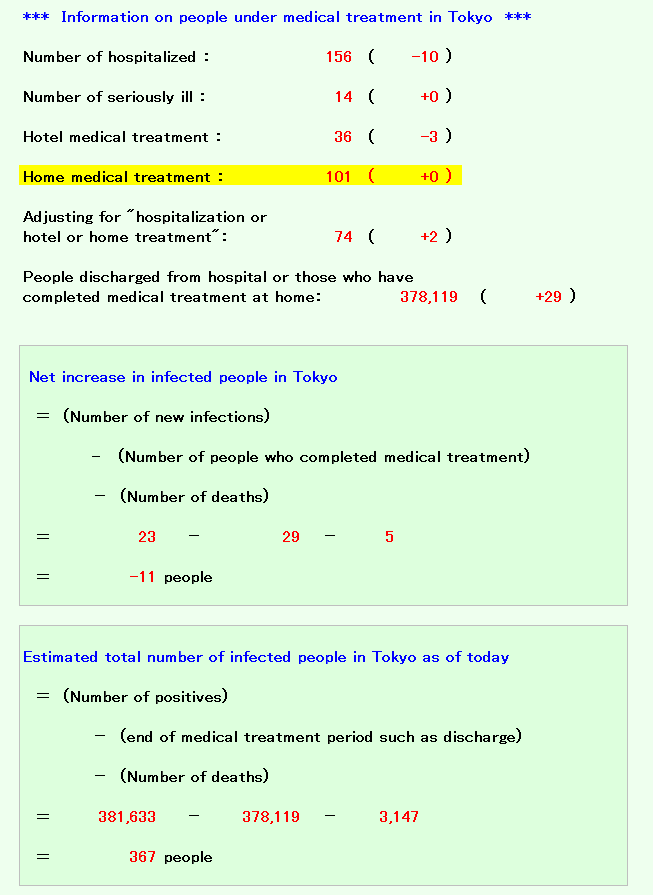 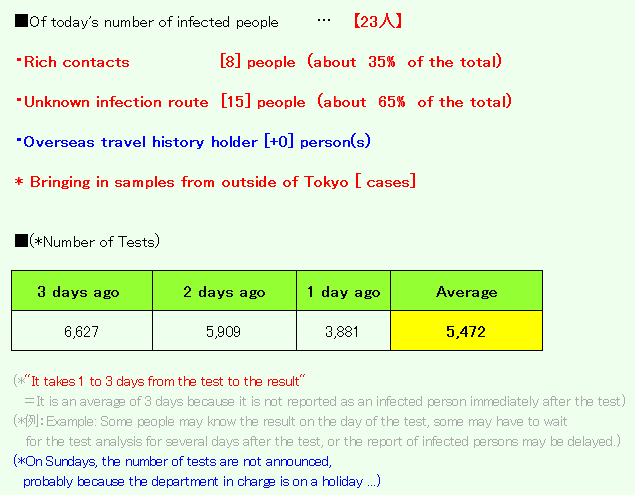 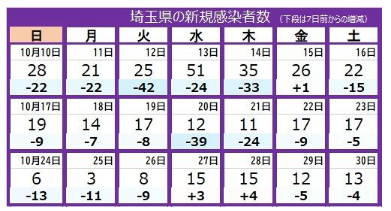 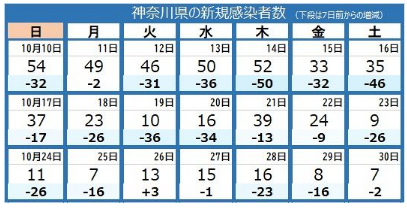 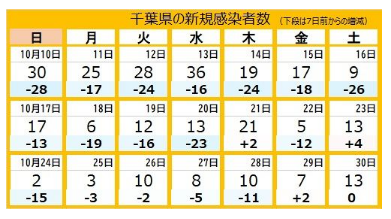 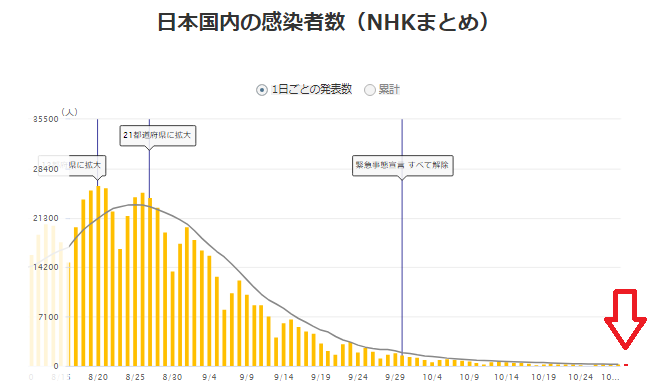 Also in this week’s “Discovery of variant strains in airport quarantine” was all Delta strains! 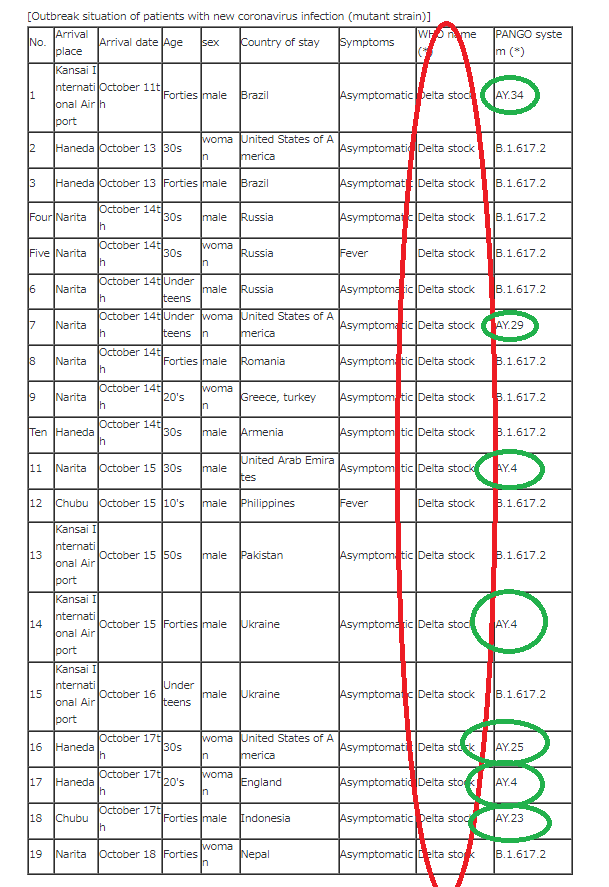 ↑Well … There are some variants of the Delta strain, so I’m not happy with it …

But … I’m a little worried because people around the world are saying, “Is the infection re-spread ?!”

It seems that the number of infected people and the number of deaths have started to increase worldwide for the first time in two months …! 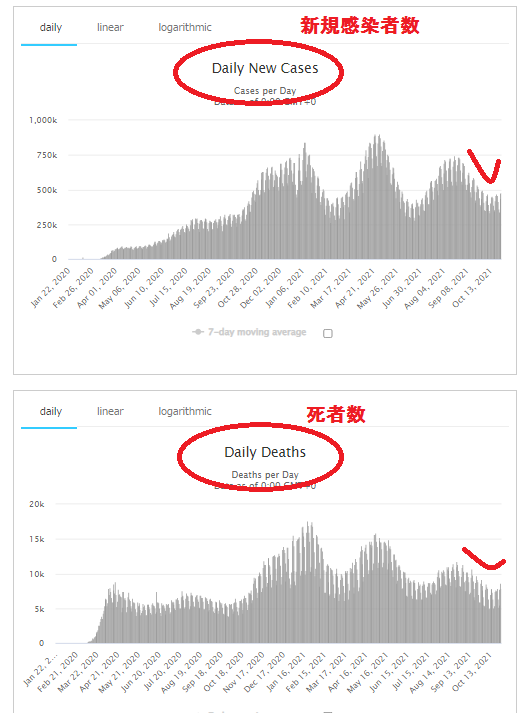 ↑When you look at it like this, it didn’t decrease much …?

By the way, just like the global trend, will Japan come to the “sixth wave” from here …!?

And it seems that a fairly large correction has been made in Tokyo.

①Number of newly infected people
→ Corrected a cumulative increase of 4065 people between April 3 and October 2.
②Number of deaths
→Corrected a cumulative increase of 12 people on October 29 (related to ①)
②The largest number of newly infected people in Tokyo ever
→August 13: Increased from 5773 to 5908 Correction (related to ①)

The Tokyo Metropolitan Government still says this…!
“It’s a big correction in total, but it’s not that many in daily life, so it doesn’t affect infection control!”

Our lives are held by these people …!

Even in September, when no one was already concerned about the state of emergency …

It seems that the number of people who stayed at domestic accommodations was 53.5% less than before COVID-19 (September 2019)!

It is said that hotels are in the red if the occupancy rate is not 70% to 80%, so it seems that the situation is quite severe …!

Anyway …
Well … Which is the remaining 50%?
①Many Japanese people are still wary of infection
②Only the number of foreign tourists has decreased