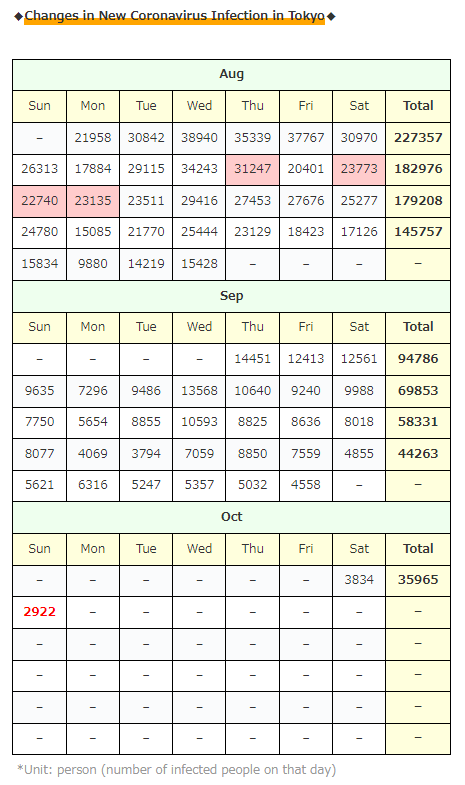 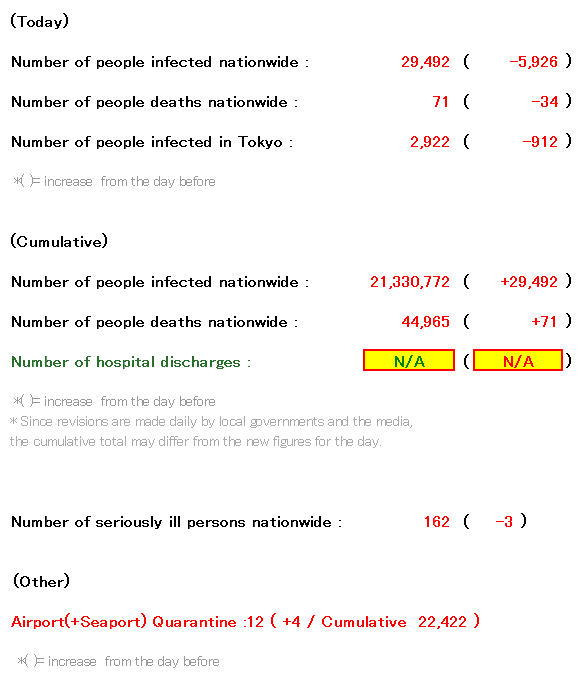 The number of infected people in Tokyo is…
I don’t know what the impact of Limitation of targets for notifiable disease surveillance is, but it looks like it’s going to continue to decrease. 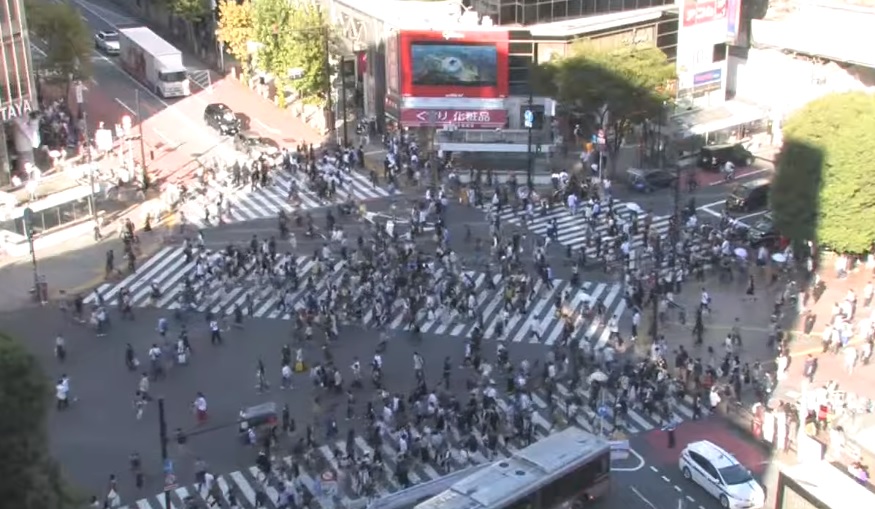 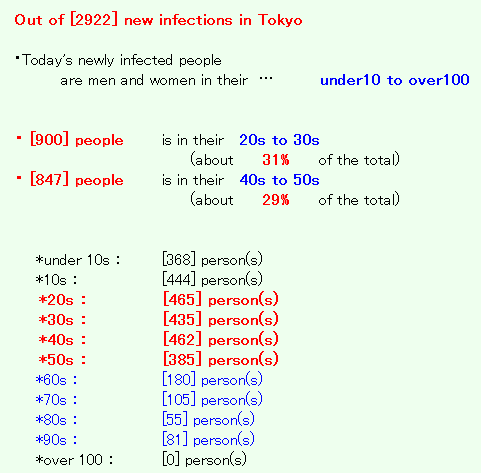 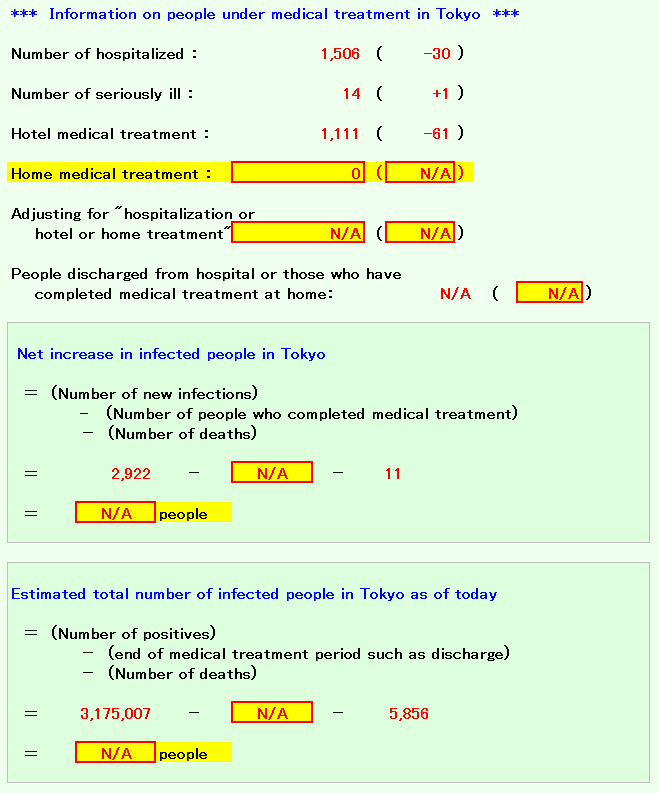 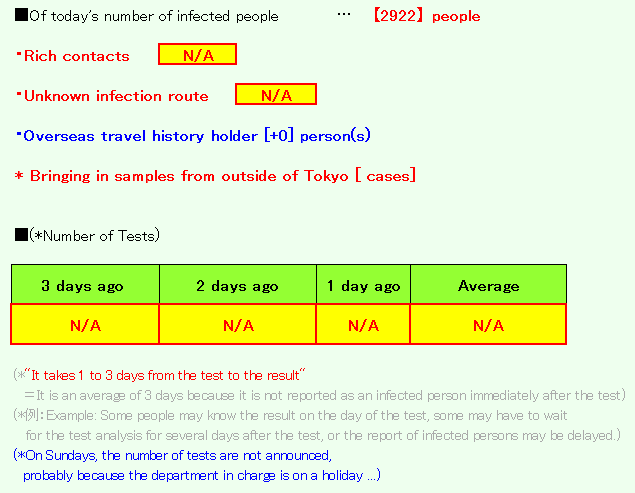 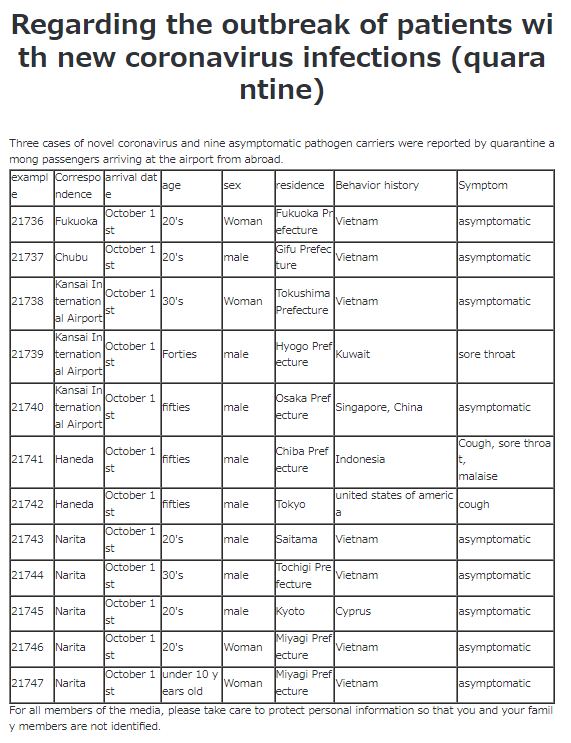 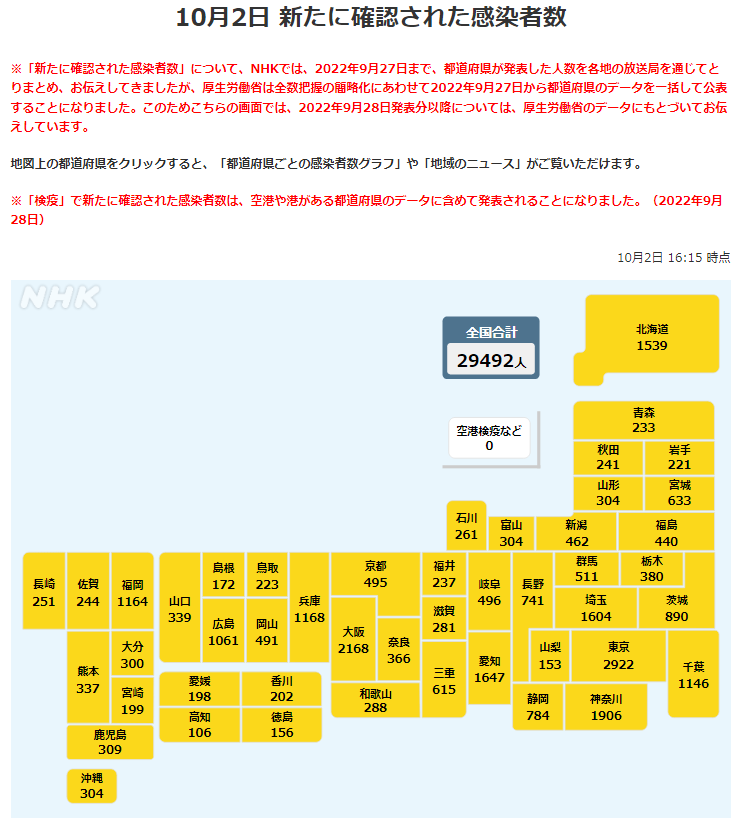 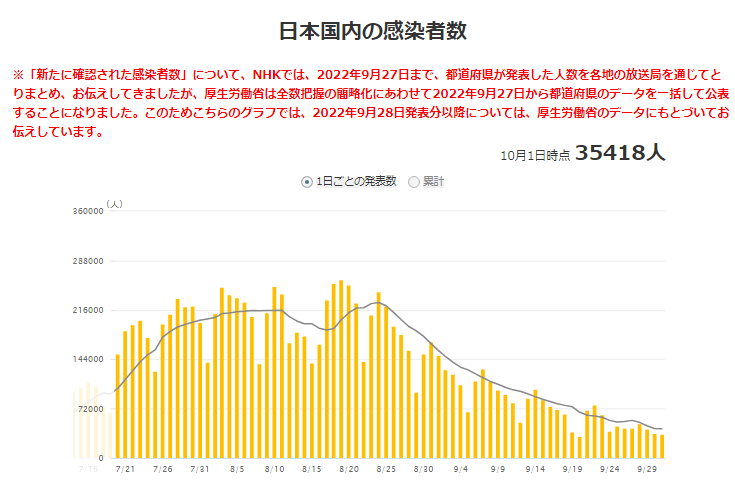 “Limitation of targets for notifiable disease surveillance” has made the domestic infection situation strange, but even so, it seems that the infection has spread a little in Hokkaido in the last week.

Looking at each prefecture and looking at Japan as a whole, it seems that the cumulative number of infected people for the week was less than 1 times compared to the previous week, but only Hokkaido exceeded 1 times and became 1.09 times.

Until the 5th wave, all prefectures had similar trends, but since the Japanese government and the governments of each local government almost did not take measures against infectious diseases, after the 5th wave, each prefecture in Japan the transition (the shape of the mountains in the graph) is getting quite different…!

On the other hand, in Tokyo…

It seems that the alert level of the infection situation has been maintained at the second from the top.

Second from top…
In the past, it was a tense state of “one step before declaring a state of emergency.”

By the way, regarding the medical care system, it seems that the alert level has been lowered by one and changed to the second from the bottom, saying that “it is within the range where it is possible to coexist with normal medical care”!

Conversely…
Considering that “they are discussing whether or not they can be compatible with normal medical care,” it’s still a terrible situation… (dry laugh)

Well, it seems that the occupational vaccination of the vaccine for Omicron variant will be implemented from the week of October 17th this month!

Actually, I have already received the vaccination ticket, but I wonder if I should wait for the “vaccine for BA.5” … (dry laugh)

(*The ‘BA.1 vaccine’ will be used for vaccination starting on October 17th, and the ‘BA.5 vaccine’ has already been applied for approval by the Ministry of Health, Labor and Welfare, and it seems that it will be approved in the not too distant future. )

Japan is already in an invincible state of “Infection spread? I don’t care anymore!”, so even in the midst of the stupid spread of the 7th wave,  the Japanese Government was doing a lot of “prefectural discounts”.
However, thanks to that, domestic hotels and inns are doing the best since the spread of infection, and it seems that more than 50% of the rooms have been filled!
(*Prefectural Discount: A policy in which the government subsidizes travel expenses when traveling within the prefecture where you live)

This “how many hotel rooms are filled” is called “guest room occupancy rate”(There are lots of vacancies only on Sundays and Mondays, and the rest of the days are almost full.), but before the spread of infection, the monthly average in Tokyo was about 80% to 90%, and during the first wave of COVID-19, when sales dropped the most, it was about 10% or less per day.

With that in mind, it’s improved a lot.

Actually, I would like to solve COVID-19 completely and enjoy it after that…! 🙁