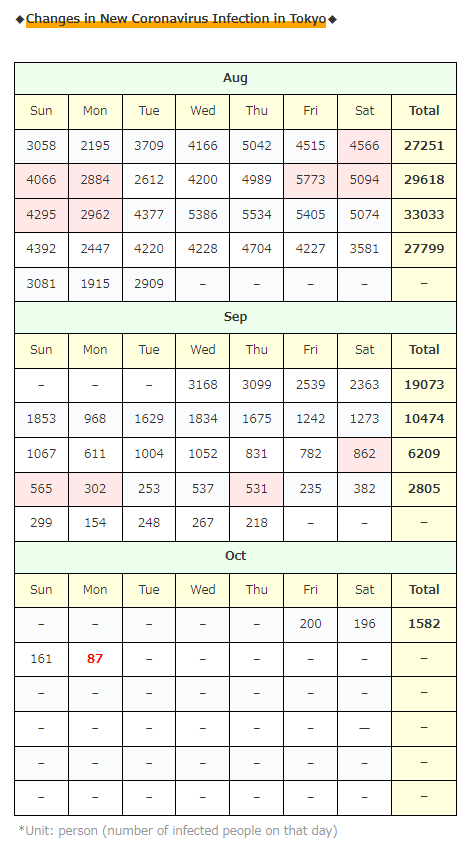 187(-74 from the day before) new infections confirmed in Tokyo. 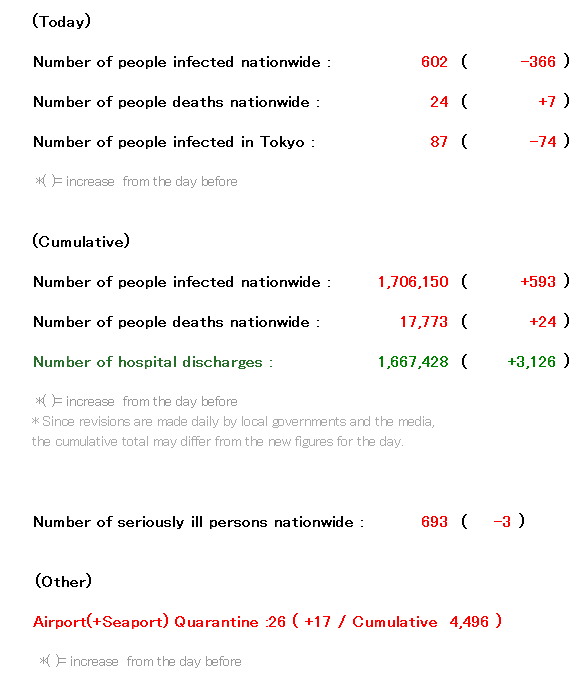 Regarding to the number of infected people in Tokyo, It’s the lowest on Monday in a week …

…So, it became double digits as expected! 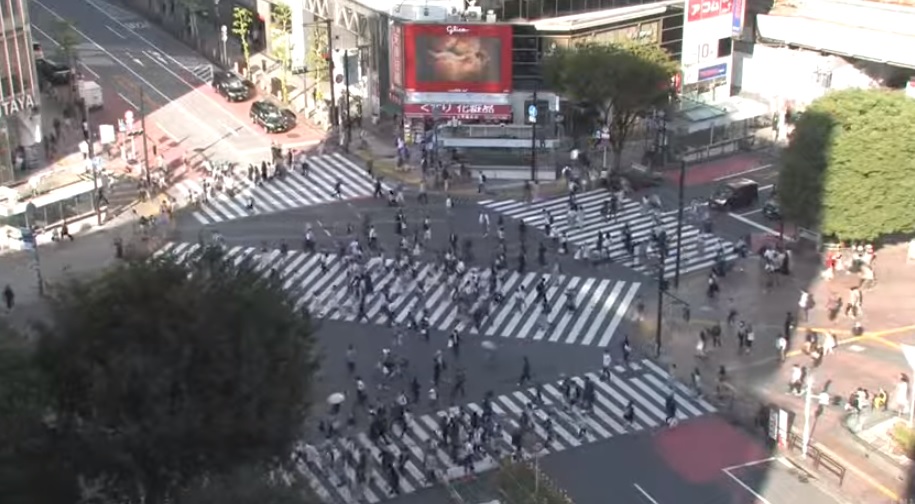 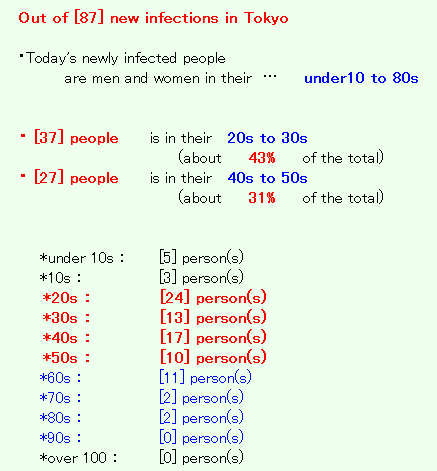 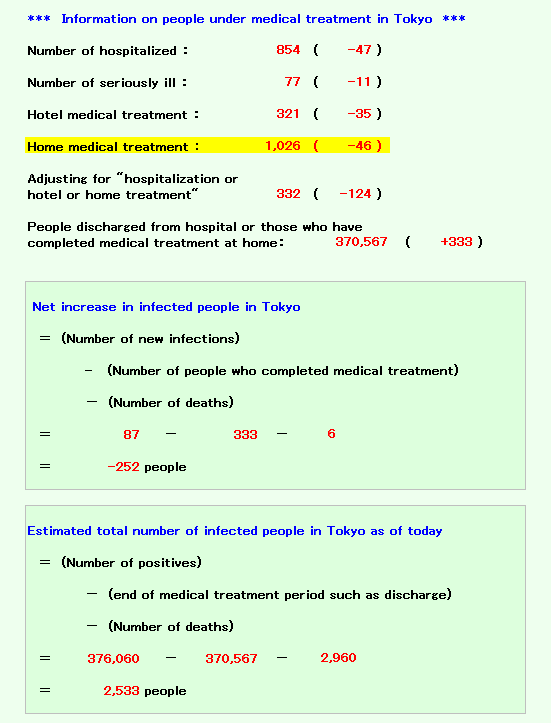 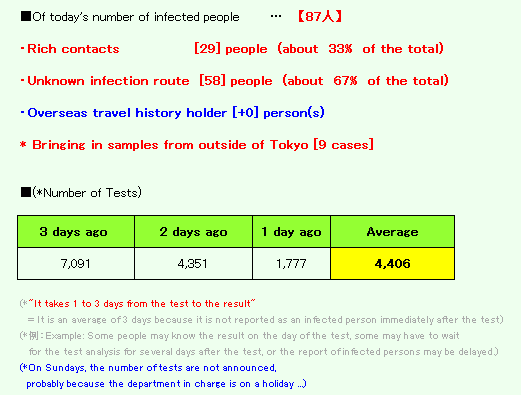 Quarantine reported one patient with the new coronavirus and eight asymptomatic pathogen carriers among passengers arriving at the airport from overseas.

Quarantine reported 10 patients with the new coronavirus and 7 asymptomatic pathogen carriers on vessels arriving at seaports from overseas. 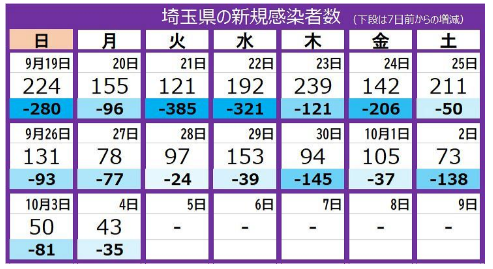 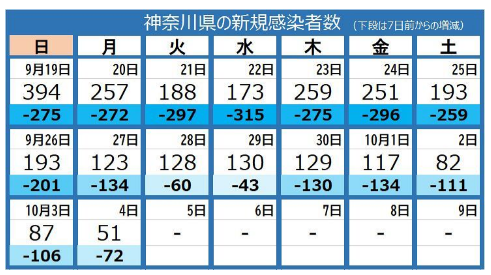 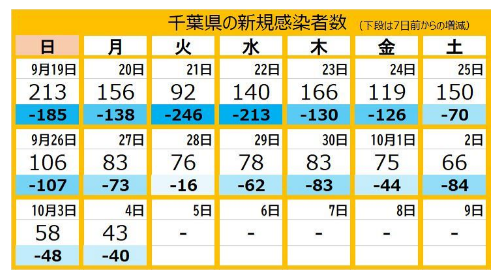 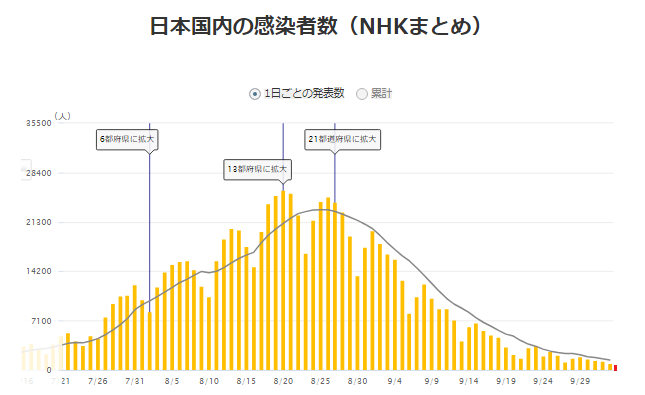 There was very little news today, but statistics on AstraZeneca vaccination in Japan are coming out!

It seems that the probability of side reactions is extremely high …?
It still have information for only about 200 people, but I want more information …

And … I made it quickly, but the situation of the seriously ill in Tokyo is …↓

(Number of severely ill people by age group in Tokyo) 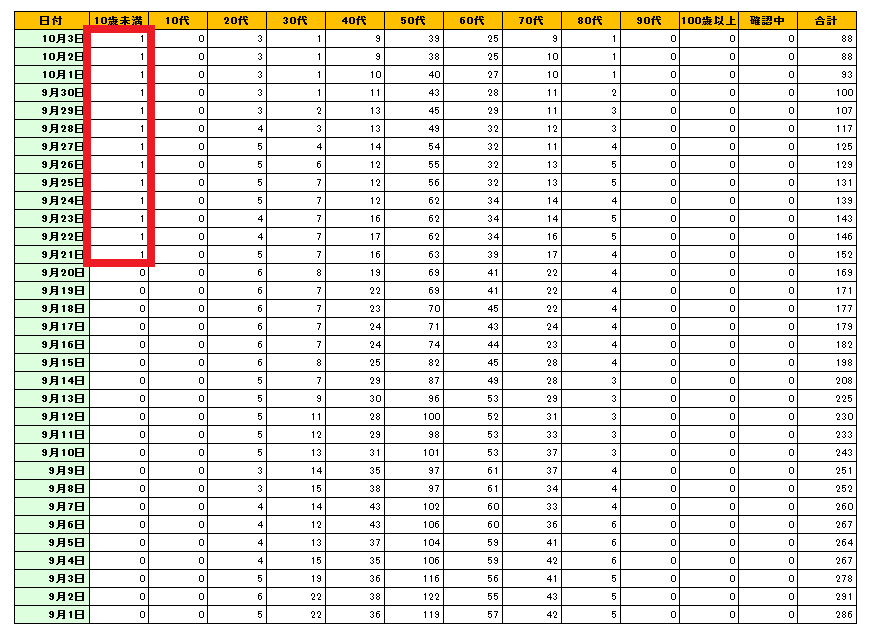 Everyone, please be alert and continue to be careful about infections as much as possible …!

With today’s announcement, a child under the age of 10 is finally off the list of serious illnesses!

There was a lot of news today about the increase in the number of people in cities in each area from the “total cancellation”!

It seems that the number of people in most of the downtown areas and tourist spots has increased! 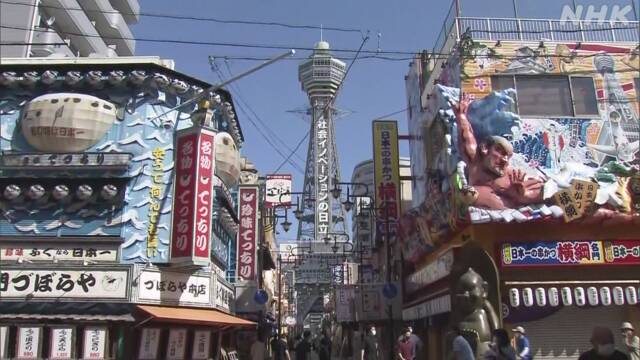