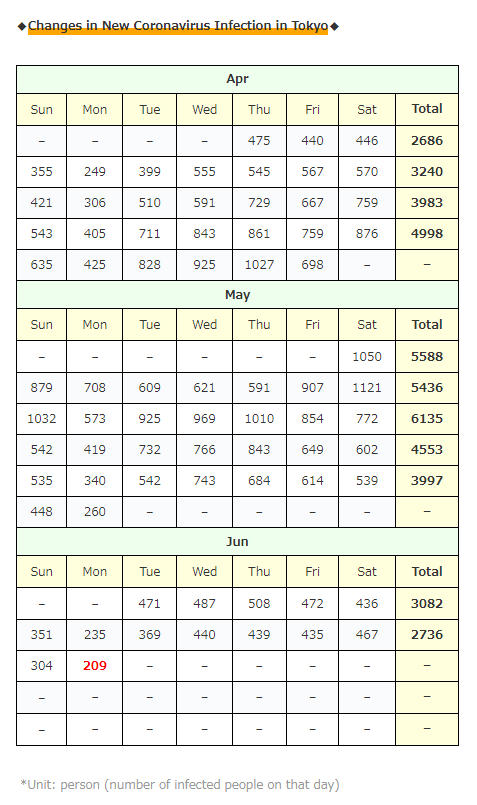 For the time being, the number of infected people has decreased compared to “the same day of the week last week”, but there are some scary signs that it may start to increase 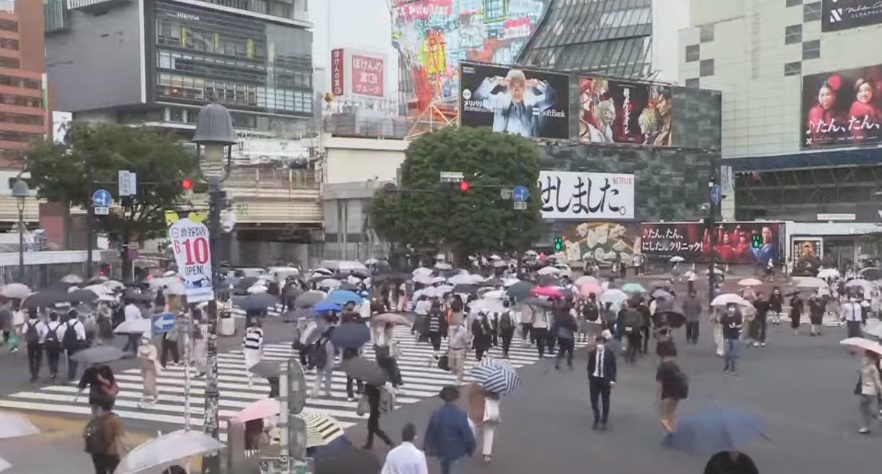 *It seems that a new cluster has been occurred below.
(details unknown)
・Vocational school in Fukuoka City 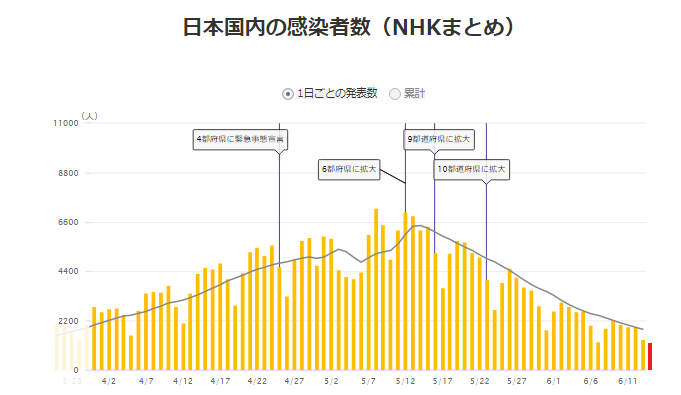 Last Saturday, the number of infected people in Tokyo increased from the previous week for the first time in 29 days … 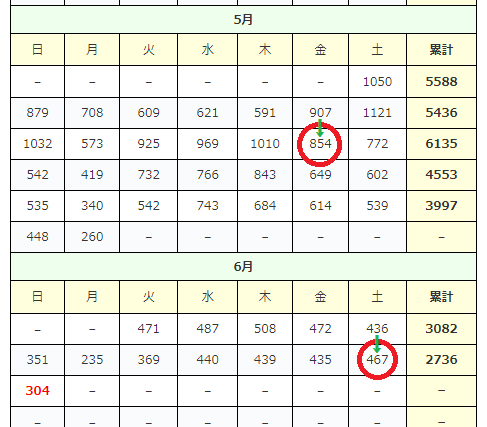 It seems that there are some areas that are increasing worldwide …

In Russia, it seems that most companies will be closed for five days from June 15th, as the summer tourism season has begun and the movement of people has increased and the infection has spread. 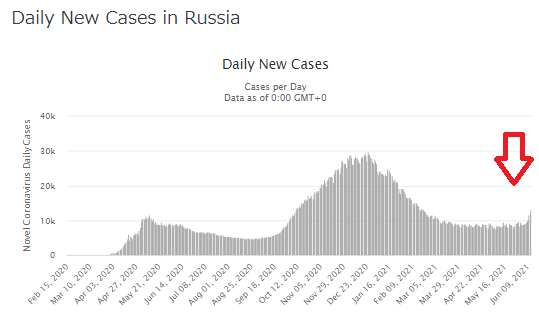 ↑ It’s true that it has come down from the peak once, but after it has remained high, it seems that it has begun to increase recently …

By the way, the business hours of restaurants have also been announced, and it seems that they will be restricted to business until 11:00 pm.

What does it mean? (lol)

…So I tried to find out, but

The sunrise and sunset times in Russia seem to be completely different from those in Japan …! Lol

What time do Russians get up and sleep …

And since the infection has spread again in the UK, it seems that they are considering extending the lockdown mitigation for four weeks …

The infection situation in the UK is … ↓ 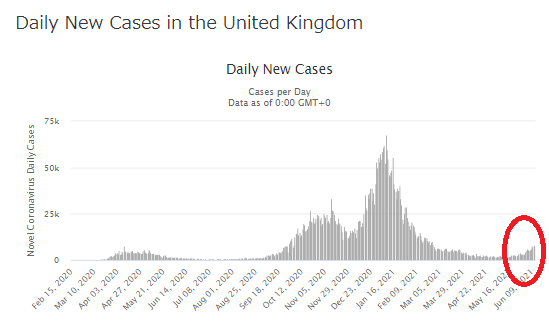 Regarding the re-spread of infection in the United Kingdom, there were many comments on the Japanese internet and SNS as follows.

Many people commented like those by imagination without doing such a thorough investigation, but as you can see from the graph above, after the number of infected people decreased from the peak to almost the end, now it is a situation where it is increasing “a little”.

On the contrary, I think that the crisis management in the UK, where they can consider “extending the lockdown” with just this, is amazing … 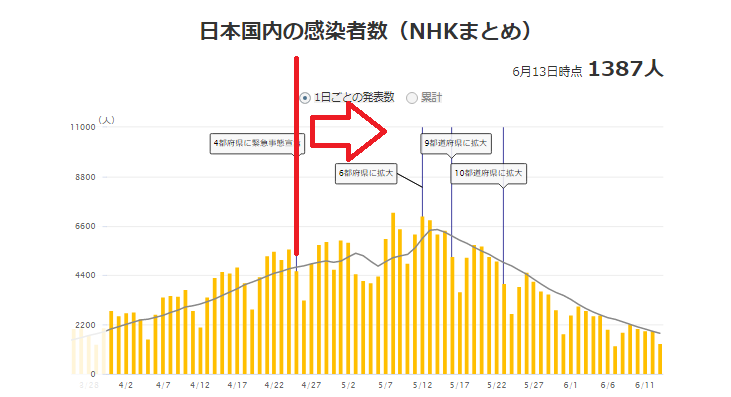 ↑↑ The Japanese government can only take measures after it has increased …

… I want to cry because of the sloppy situation in Japan, so I’ll talk about another topic … lol

Japan seems to be unable to eliminate vaccination mistakes …

In addition, it seems that an important and important vaccine was discarded, but this time the digits were different, and it seems that 6396 doses were discarded in Kawasaki City, Kanagawa Prefecture.

The cause was that there was a problem with the ultra-low temperature freezer of the vaccine and it should have been set to minus 75 degrees, but it seems that it had risen to 9.1 degrees when the staff went to work in the morning …

With this alone, I still think “I wonder if it can’t be helped this time” …but…

Apparently, when I checked the record until they noticed it with an alarm sound on the morning of the 13th, the temperature began to rise at noon on the 11th, and it was already 9.1 degrees at 3:00 pm on the 12th…

I can still understand if there is a device trouble in the middle of the night, but in reality it seems that they left it for two days …

And if I look further …

Apparently, this freezer was one of the 294 units that were being collected, saying that the manufacturer said, “The temperature may rise due to improper manufacturing.”

As a result of many mistakes, 6396 doses of vaccine seem to have been wasted …

It seems that the Japanese government started vaccination of ANA for the first time in Japan on June 13th yesterday, even though they restricts movement.

It’s no wonder that people who are put off vaccination get angry.

I wanted to change the topic, but…

But I really want the government and local governments not to waste vaccines …!

Because if we have a surplus of vaccine, we can distribute it to other countries to save people in need in other countries, so I really want them to stop disposing of it …!

There was only a bitter topic today, so at the end it was such a stupid story … lol

I’m not good at masks because my skin isn’t strong, so I’m always looking for a mask, saying that “Isn’t there a mask with the same spacing as I didn’t wear?” on the net, but… 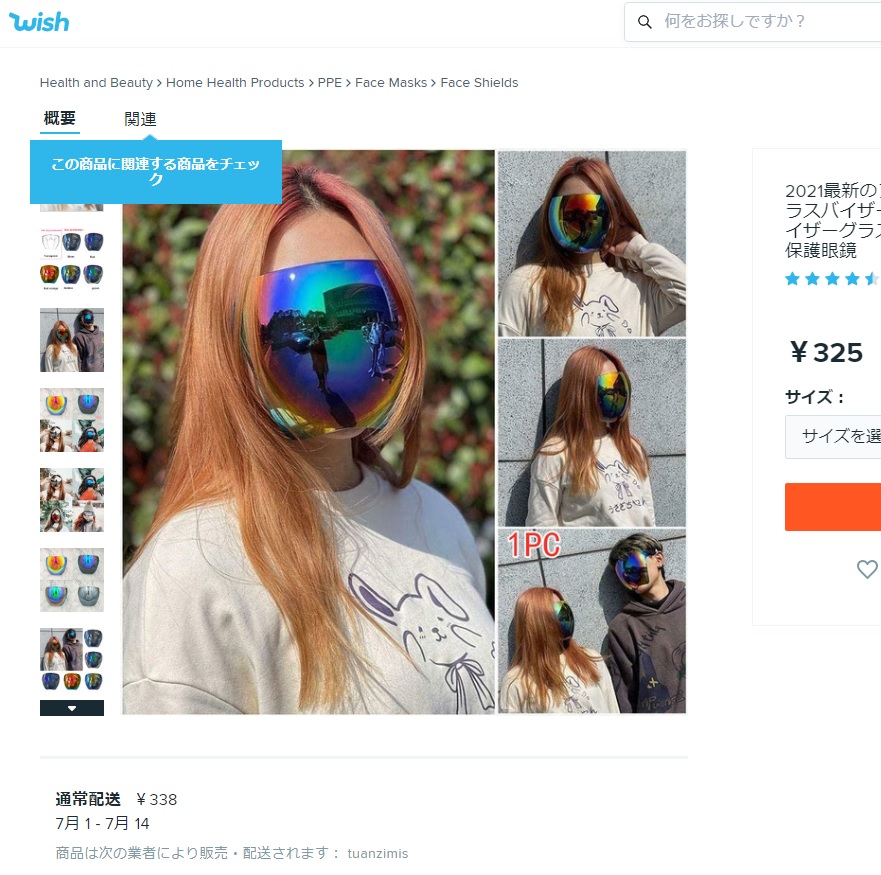 It’s not like the “COVID-19 countermeasure face shield” I imagine, but the “sunglass material sun visor-like face shield” … (dry laugh)

Even so, it’s a strange shape! lol

“Is it Kamen Rider?” I thought…

Will it be popular …? lol